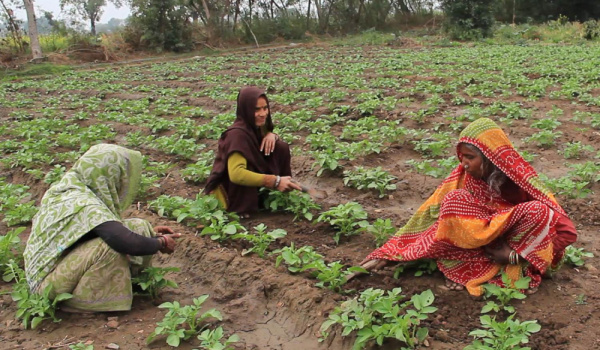 Asia’s forests support globally important biodiversity and provide critically important ecosystem services to millions of people across the region. However, the status of forests in the different sub-regions of Asia – and the challenges and threats they face – varies widely.

South-east Asia is continuing to experience alarming rates of deforestation. For example, between 2000 and 2017, it is estimated that some 120,000 km2 of forest were destroyed in the five countries of Cambodia, Lao PDR, Myanmar, Thailand and Vietnam (Foley 2020). Equally concerning is that the rate of forest destruction increased over this timeframe, rising from 5,000 km2 per year in 2000 to 8,000 km2 per year in 2010, and reaching 13,000 km2 per year by 2017 (Foley 2020). The principal drivers of this forest loss are conversion of forest to industrial agriculture and agricultural encroachment by smallholders. Other causes of habitat loss include hydropower development, linear infrastructure, and mines and quarries.

In contrast, forest cover in North-east Asia and South Asia is actually increasing: between 1990 and 2015, forest cover in these two sub-regions increased by 22.9 per cent and 5.8 per cent respectively. Here, the issue is primarily one of ensuring forest quality, as many areas have been re-planted using only a small number of species (often exotic).

There is enormous potential for – and growing interest in - Forest Landscape Restoration. Pakistan, for example, has launched the “Ten Billion Tree Tsunami”, whilst India has pledged to bring 21 million hectares of deforested and degraded land into restoration by 2030. Bangladesh and Mongolia have also made pledges to the Bonn Challenge.

The following strategic objectives are based on the Impact Targets contained in the global IUCN Programme, Nature 2030 – One Nature, One Future. Under each objective, the priority interventions that will be the focus of the PCA Programme are described:

Objective 1. Equitable and effective governance of natural resources at all levels to benefit people and nature

Objective 2. Terrestrial, freshwater and marine ecosystems are retained and restored, species are conserved and recovered, and key biodiversity areas are safeguarded

Objective 3. Nature and people thrive in cities while delivering solutions for urban challenges and a sustainable ecological footprint

Objective 4. Countries use Nature-based Solutions to scale up effective adaptation to the impacts of climate change and to reach climate mitigation targets

As an overarching priority intervention area, the PCA Programme will continue to support the Asia Protected Areas Partnership (APAP): Since its formal establishment in 2014, APAP has grown rapidly and now has a membership of 23 organisations from 17 countries. It has become an increasingly successful regional platform for sharing information among government protected area agencies, promoting best practices and building capacity. In the 2021-2024 period, priority will be accorded to building on these foundations and to strengthening APAP, e.g., by expanding its membership, making greater use of its potential to foster regional collaboration and transboundary conservation, and exploring new initiatives such as a staff exchange/secondment programme.