The IUCN Congress: What does it mean for Europe?

Today, the IUCN European office released a new paper which details the importance of the World Conservation Congress for Europe. At the Congress, a number of European Members were elected to the IUCN Council – the organisations principal governing body. The Members also voted in favour of key Resolutions which are highly relevant for nature conservation in Europe. 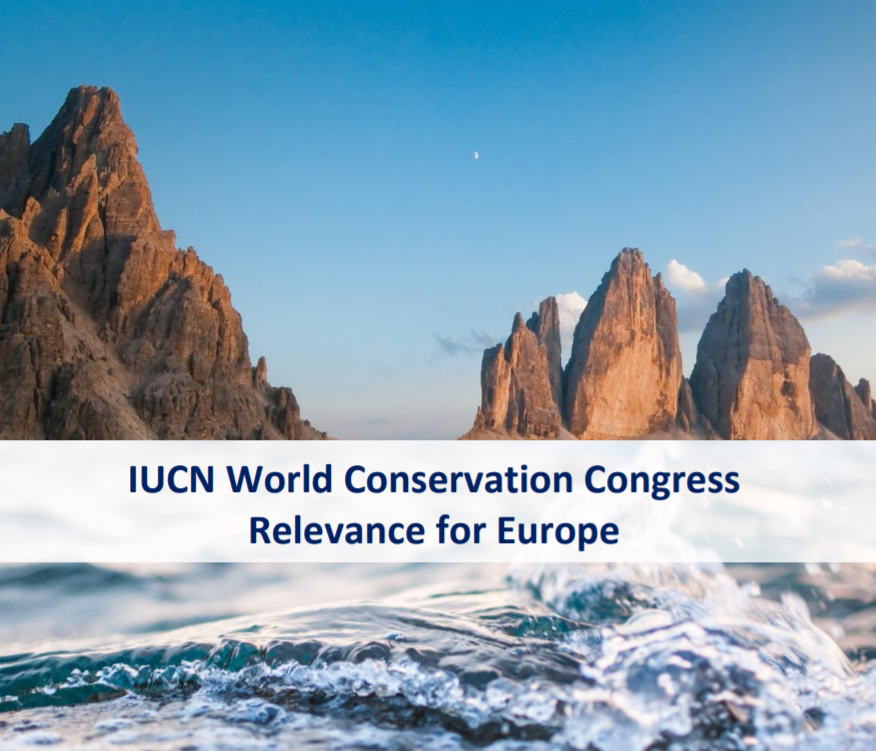 ‘The results of the Congress will have far-reaching impacts for nature across Europe. From increasing the uptake of NbS to ensuring the transition to sustainable agriculture, the IUCN Members have made it clear that Europe needs to step-up its efforts and ambitions when it comes to protecting our natural world,’ said Alberto Arroyo Schnell, Head of Policy and Programme at IUCN European Regional Office. ‘We are ready to move forward with this strong mandate and work together as a Union.’

During the Congress, The European Office also presented the European Work Plan –the priorities for Europe for the next 4 years. The Work Plan was developed with the Commissions, Members and the Secretariat, and will guide the region’s work for the coming years. It is also Europe’s contribution to the wider global IUCN Nature 2030 Programme.

Now that the Council has been elected, the Resolutions have passed and the IUCN Europe Work Plan has been released, it’s time for Europe to get to work.

Some key Resolutions for Europe:

Congratulations to the elected Councillors in our region: