Overview
About
Our Work
Partners and donors
Resources
News & Events

Sumatran Rhino Rescue is a groundbreaking approach to conservation that brings together the Government of Indonesia and leading international conservation organisations: IUCN Species Survival Commission (SSC), World Wildlife Fund, International Rhino Foundation and Re:wild working with local experts and conservation practitioners, and supporters from around the world to save the Sumatran rhino from imminent extinction.

Rhino experts and Indonesian government officials have reached a consensus that the only way to bring the Sumatran Rhino back from the brink is to relocate the widely dispersed wild populations to managed breeding facilities designed specifically for their care. 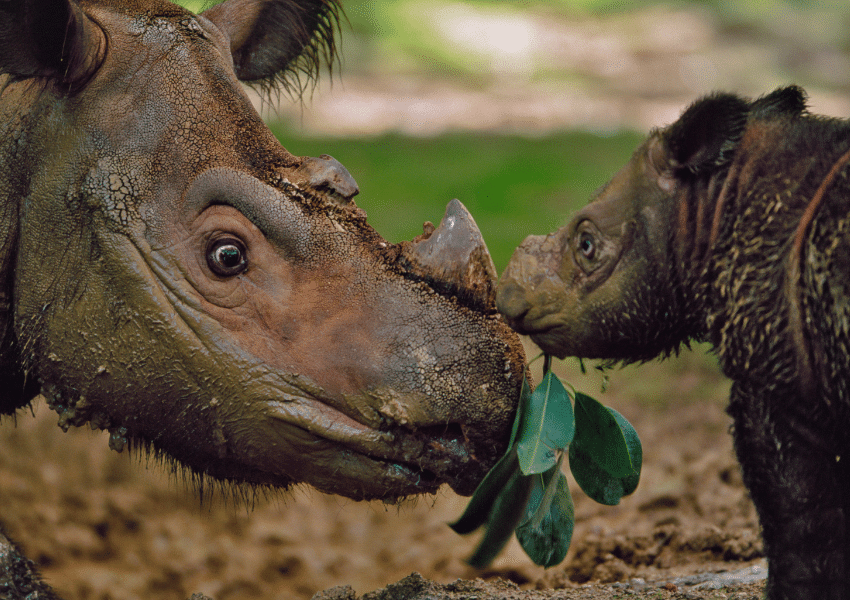 The Sumatran Rhino now exists only in four isolated regions across 10,000 square miles of rainforests on the Indonesian islands of Sumatra and Borneo, with fewer than 80 individuals left in the world, the Critically Endangered Sumatran Rhino (Dicerorhinus sumatrensis) – the smallest of all rhino species – is one of the most endangered land mammals on the planet.

Together, we have the knowledge, expertise, and strategy to secure the resources needed to save the Sumatran Rhino. No single organisation could successfully tackle this enormous challenge on its own. At the IUCN Species Survival Commission, we are proud to convene this strong and uncommon alliance, and are confident we’ll see the Sumatran rhino thrive once more.
Jon Paul Rodríguez, Chair of the IUCN Species Survival Commission.

By working hand-in-hand with Indonesia’s top environment officials, the alliance strives to ensure the long-term viability and success of the efforts. Through this innovative partnership, SSC is convening scientists, conservationists, and government to facilitate both rapid progress to relocate rhinos in the near-term and sustained stewardship of future generations of rhinos over the long term. Specifically, Sumatran Rhino Rescue focuses its activities on three key areas of species conservation and care:

In November 2018, the alliance successfully rescued and relocated a healthy female rhino to a secure facility in Kalimantan with the support of local partners. This rescue was the first major activity of the conservation-breeding program led by the Sumatran Rhino Rescue.

For more information, and to get involved, visit SumatranRhinoRescue.org.

Biodiversity Assessment for Spatial Prioritization in Africa (BASPA) is a project led by IUCN Species Survival Commission in collaboration with BirdLife South Africa and South African National Biodiversity Institute (SANBI). This project aims to support and build capacity in pilot African countries (i.e. Cameroon, Gabon, Kenya and Ethiopia) but with broader support to other African countries to mobilise foundational biodiversity information on the status, trends and pressures on national biodiversity. This will be achieved through the Red List of Species, Red List of Ecosystems and the identification of Key Biodiversity Areas.

Assessments of the conservation status of species and ecosystems at national level forms key foundational building blocks for the identification of biodiversity spatial priorities. This is especially important in informing national policies and decision making. 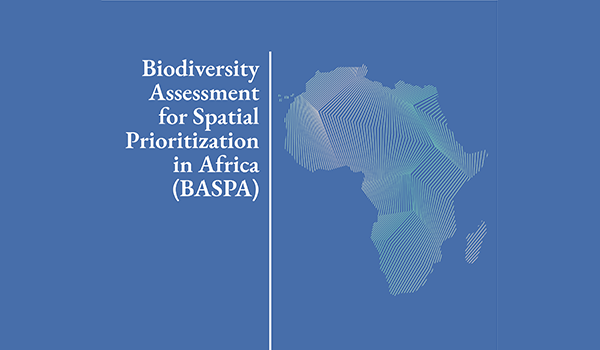 Before 2018 on the African continent, assessments of both species and ecosystems had taken place only in South Africa and Uganda. Such assessments together with the identification of globally significant sites of biodiversity are urgently needed in other African countries; given the growing pressures on biodiversity.