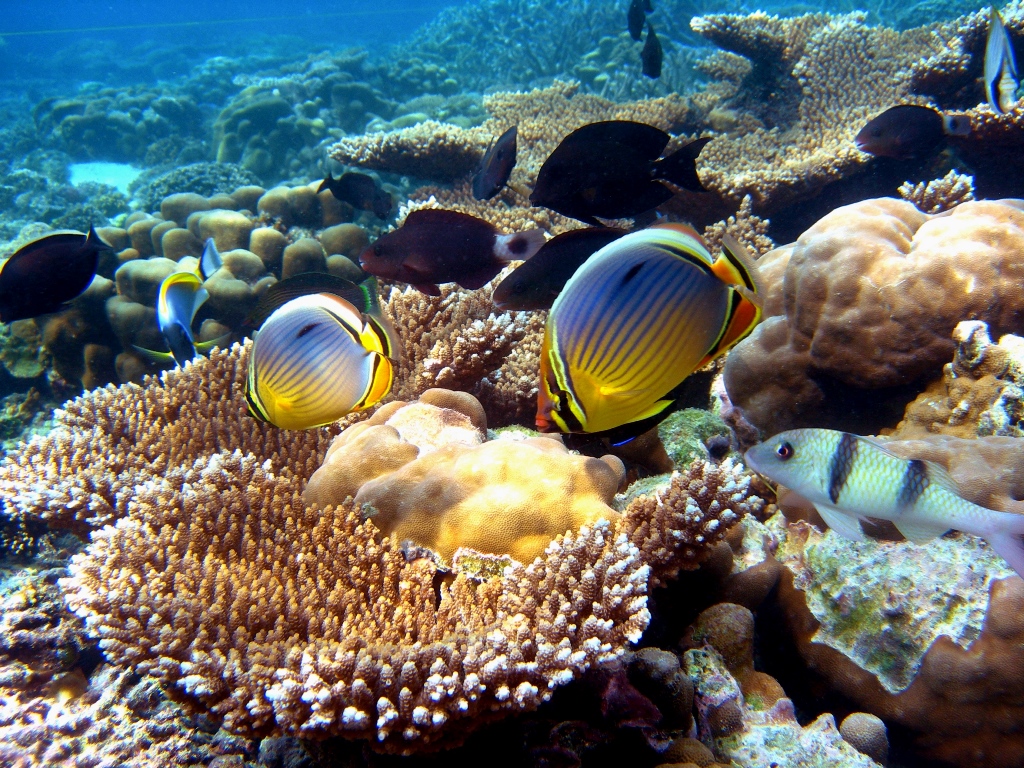 The new 14 Hope Spots, which include Hatteras in North Carolina and Malpelo off the coast of Columbia, were evaluated for their exceptional qualities by the joint Mission Blue/IUCN Hope Spots Council.

The announcement comes following rigorous scientific vetting of nominations put forward by citizens and organisations across the planet, calling for more ocean protection. By allowing citizens to elect their own Hope Spots, Mission Blue and IUCN hope to ignite broad public support for a global network of marine protected areas large enough to protect and restore the ocean’s health.

“This Hope Spot nomination process has been a way to encourage people to take responsibility and ownership of their environment,” says Sylvia Earle, Founder of Mission Blue and National Geographic Society Explorer-in-Residence. “The ocean is in trouble, but you can do something about it. Join us as a global community to become leaders towards this common goal. We want people to own their ocean and for Hope Spots to become a shared vision. This partnership between IUCN and Mission Blue is a solution to the serious problems facing the ocean.”

Hope Spots are new areas that need protection or existing marine protected areas where enhanced conservation action is needed. While about 15 percent of terrestrial regions is currently under some form of protection, less than four percent of the ocean is protected, leaving it vulnerable to overfishing, pollution and over-exploitation.

“The new Hope Spot nomination process allows anyone from anywhere to nominate a marine site special to them and is unique to the conservation world,” says Director of Global Marine and Polar Program at IUCN. “This means that for the first time, the global community can have a direct say in the protection of the ocean.

“This partnership between Mission Blue and IUCN on Hope Spots has great implications for community-sponsored conservation and will empower people to protect themselves, giving them a chance to be heard.”

Sylvia Earle introduced the concept of Hope Spots in her 2009 TED talk and since then the idea has inspired millions, with support from National Geographic and Rolex.

Technology partners are helping promote the Hope Spots to billions across the globe. With the support of Google, Hope Spots will be integrated into the Google platform, which will allow users to explore, understand and appreciate the great living systems of the ocean.

There are currently a total of 76 Hope Spots around the world, including Moreton Bay Marine Park in Australia, the glass sponge reefs of Hecate Strait and Queen Charlotte Sound in Canada and the Jardines de la Reina in Cuba.

IUCN, International Union for Conservation of Nature, helps the world find pragmatic solutions to our most pressing environment and development challenges.  IUCN’s work focusses on valuing and conserving nature, ensuring effective and equitable governance of its use, and deploying nature-based solutions to global challenges in climate, food and development. IUCN supports scientific research, manages field projects all over the world, and brings governments, NGOs, the UN and companies together to develop policy, laws and best practice. IUCN is the world’s oldest and largest global environmental organisation, with almost 1,300 government and NGO Members and more than 15,000 volunteer experts in 185 countries. IUCN’s work is supported by almost 1,000 staff in 45 offices and hundreds of partners in public, NGO and private sectors around the world. www.iucn.org