The Chad Basin, a lifeline for people, nature and peace

The Chad basin, centred around Lake Chad, covers almost 8% of the African continent and is home to over 30 million people. Over half of this population carves a living out of farming, herding and fishing thanks to the basin. Yet it is shrinking at an alarming rate, the lake now covering less than a tenth of the area it was in 1960. Dams, increased irrigation, and climate change are reducing water levels. Additional tension from the rise of Boko Haram are adding further pressures on the region. 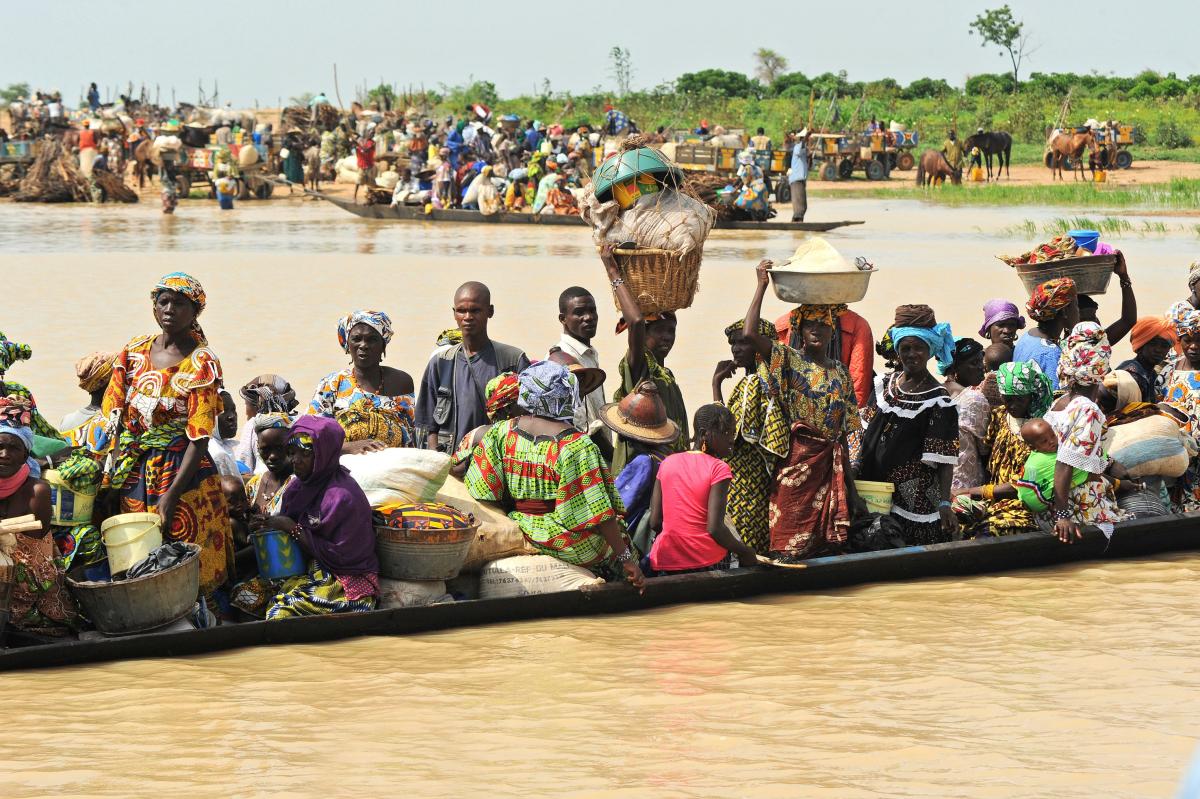 During the 2018 UN General Assembly, Nigerian President Muhammadu Buhari took to the stage and advocated for global action on the Lake Chad crisis. He pointed out that illegal immigration is not just a consequence of conflict, but also of the impacts of climate change and lack of opportunities.

“This is the case of Nigeria and its neighbours in the Lake Chad Basin which is shrinking and drying up formerly fertile land. The lake used to feed more than 45 million people who are now living in poverty and exposed to the activities of extremist groups. This instability is causing population movements in the region, further exacerbating economic tensions between farmers and pastoralists”, Buhari said (UN GA transcript).

The need for better cooperation over water is crucial for the stability of the entire region. As the basin covers parts of eight countries (Niger, Nigeria, Chad, Cameroon, Central African Republic, Sudan, Algeria, and Libya) spanning across the Sahel, its waters constitute a vital lifeline for people and nature in this semi-arid region of West and Central Africa.

Since 2014, the IUCN BRIDGE project works in partnership with the Lake Chad Basin Commission (LCBC) in supporting the basin countries to implement transparent and concerted actions for improving transboundary water governance. The Chari Logone, a vital sub-basin of Lake Chad, was identified as the entry point for supporting the organisation of local and regional stakeholders into international platform dialogues. BRIDGE training sessions on transboundary water governance have helped strengthen stakeholders in the Basin with knowledge and skills on benefit-sharing principles, agreements, negotiations, and conflict resolution.

"Water users from local, national and transboundary levels, are increasingly aware of the value of water and their rights. This growing awareness helps bring increased attention and finance to transboundary water management and supports achieving the Sustainable Development Goals" said Camille Jepang, Policy Officer at the IUCN Cameroon Office.

To strengthen advocacy and leadership in the basin, a network of "advocates" for the Chad Basin was set up. Under the group name of Oryx, these Water Ambassadors from local and regional levels support the visibility and actions of the LCBC and advocate for the prevention of conflict and the implementation of good water governance.

In April 2012, the Lake Chad Water Charter was signed by Heads of State of the six Member countries, including Cameroon, Niger, Chad, Nigeria, Central African Republic, and Libya. The goal of the Charter is primarily to promote sustainable development in the Basin through integrated, equitable and coordinated management of natural resources, in particular the Basin water resources.

After Niger and Chad ratified the Charter, BRIDGE played a role in supporting the ratification by Nigeria and Cameroon as the Charter required a 2/3 majority of Member States (see webstory). After entry into force of the Charter in 2017, BRIDGE is now supporting its implementation. A recent workshop in Douala, Cameroon -organised in coordination with the LCBC- gathered representatives from Cameroon, Chad, Central African Republic, Niger and Nigeria to review the Charter and discuss the cross-border benefits and legal challenges of its implementation (see workshop video).

“At the State level, we have to reduce fragility, at the local level, we have to support dialogue between resource users and different ethnic groups. We are trying to share the resources we have equitably”, said Mohammed Bila, Expert at the Lake Chad Basin Commission.

Further afield in Western Africa, BRIDGE is also working in the Mono River (forming the international boundary between Togo and Benin) and Mano River (Sierra Leone, Liberia, Ivory Coast, Guinea) to strengthen transboundary water cooperation and governance. Globally, BRIDGE works in fourteen transboundary basins across Asia, Latin America and Africa (see BRIDGE Map). It was launched in 2011 and is funded by the Global Water Programme of the Swiss Agency for Development Cooperation (SDC).