Honorary Membership of IUCN, which recognizes outstanding services to the conservation of nature and natural resources, is presented by the World Conservation Congress, on the recommendation of the IUCN Council, to individuals who have made exceptional contributions to furthering the goals of the Union.

Honorary members include distinguished former Presidents and Directors General, members of IUCN’s Council, members of Commissions and international figures who have contributed their valuable time and energy to implementing the Mission of IUCN.

New honorary memberships were bestowed at the IUCN World Conservation Congress in September 2021 to these four outstanding individuals. 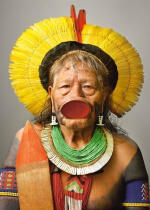 Ropni Metyktire, better known as Cacique Raoni, is the largest Mebengokre (Kayapó) leader - an indigenous group belonging to the Macro-Jê linguistic branch - and one of the most important indigenous leaders in Brazil and the world. Ropni is part of the Kayapó subgroup called Metyktire, which split and differed from its ancestral group in the region between the Araguaia and Tocantins rivers, in central-western Brazil, probably in the late 19th century. However, with the invasion of their territories, from the eighteenth century, the Kayapó went through a gradual process of migration in the northwest direction, entering the Xingu River basin.

Ropni was born in the state of Mato Grosso, probably in the mid-1930s, in a region called Kapot nhinore, on the right bank of the Xingu River, near the border with the state of Pará… Read more 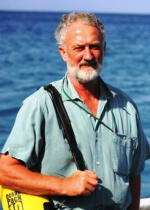 Known to most of the Pacific conservation community as “Dick”,  he is well known for his pioneering work, knowledge, leadership and publications in diverse areas including Pacific Island birdlife and palms, wildlife management and protection of endangered species; tropical forest and mangrove ecology; national park and protected area management; invasive species management; environmental and nature education; and environmental impact assessment and governance in virtually all Pacific Island countries and territories, as well as in much of tropical Southeast Asia.

During his career, Dr Dick Watling has produced the first illustrated nature book for kids, the definitive field guides and scholarly works on palms and Pacific Island birds, including fold-out map-like field guides for the birds of Fiji… Read more 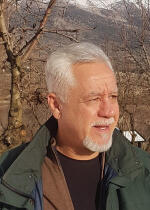 Mr Assad Serhal was born in the village of Keyfoun in the foothills of Mount Lebanon. Like many other children in Lebanon, some of his earliest experiences of the outdoors were on hunting trips with his father to the Lebanese countryside.
Social and political instability intensified in the Middle East during Assad Serhal’s youth. When the civil war broke out in 1976, Mr Serhal was on what was supposed to be a two-week visit to London. Yet a teenager, he was alone and unable to return to war-torn Beirut for one year. Forced to live by his wits and resources and through the generosity of people who helped him, his experiences in London were a major influence on his outlook and his career.
Mr Serhal studied ecology and wildlife management at Oklahoma State University. He remained in the United… Read more 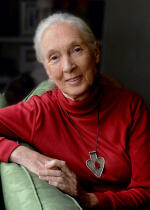 Dr Jane Goodall is among the world’s most renowned ethologists, a globally famous advocate for nature conservation, a long-time IUCN Patron for Nature and member of the IUCN Species Survival Commission.

In July 1960, at the age of 26, Dr. Goodall travelled from England to what is today Tanzania and bravely entered the little-known world of wild chimpanzees. She was equipped with nothing more than a notebook and a pair of binoculars. But with her unyielding patience and characteristic optimism, she won the trust of these initially shy creatures. She managed to open a window into their sometimes strange and often familiar-seeming lives. The public was fascinated and remains so to this day...Read more