Established during the World Conservation Congress in Thailand, the Harold Jefferson Coolidge Memorial Medal is awarded to a conservation professional who has made outstanding contributions to the conservation of nature and natural resources. 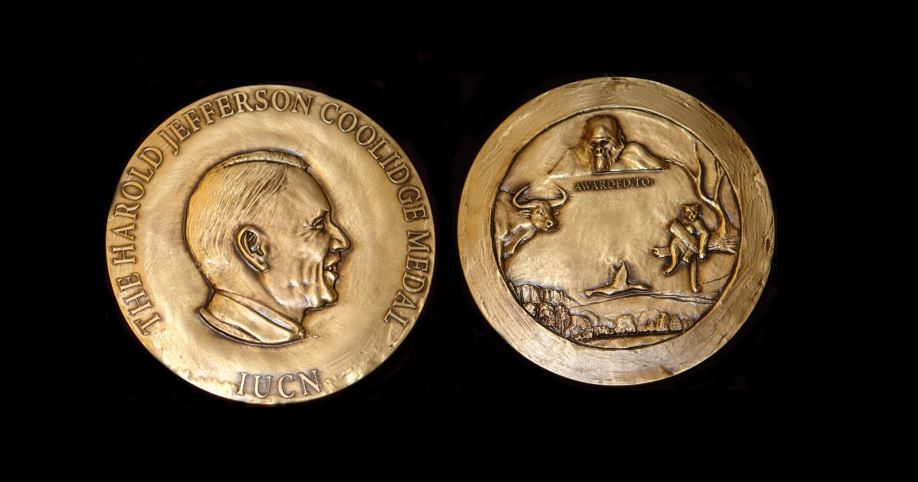 Harold Jefferson Coolidge, born in Boston in 1904, was one of the founders of IUCN, a former president of the Union and its principal fundraiser from 1948 to the 1980s. He founded and chaired the Species Survival and National Parks Commission of IUCN, and was the first to bring women scientists into international conservation research. He influenced the lives of many students and professionals wishing to achieve the goals of conservation and environment protection.

Nominees are individuals who have made internationally significant contributions to effective conservation in one or more of the following ways:

The prize is awarded by an award jury consisting of five serving members of the IUCN Constituency Committee and three eminent conservation leaders who were familiar with and understood Harold Jefferson Coolidge conservation ideals.

Dr. Lisa Dabek has conducted ground-breaking research on tree kangaroo reproductive biology and behaviour starting in the 1980s. She has been actively involved with the Association of Zoos and Aquariums Tree Kangaroo Species Survival Program (AZA TK-SSP) since its inception in 1991.

She founded and directs the award-winning and globally recognized Tree Kangaroo Conservation Program in Papua, New Guinea. She has been a contributor to the AZA Tree Kangaroo Husbandry Manual as well as numerous tree kangaroo workshops, summits, and meetings.

She is based at the Woodland Park Zoo as their Senior Conservation Scientist.