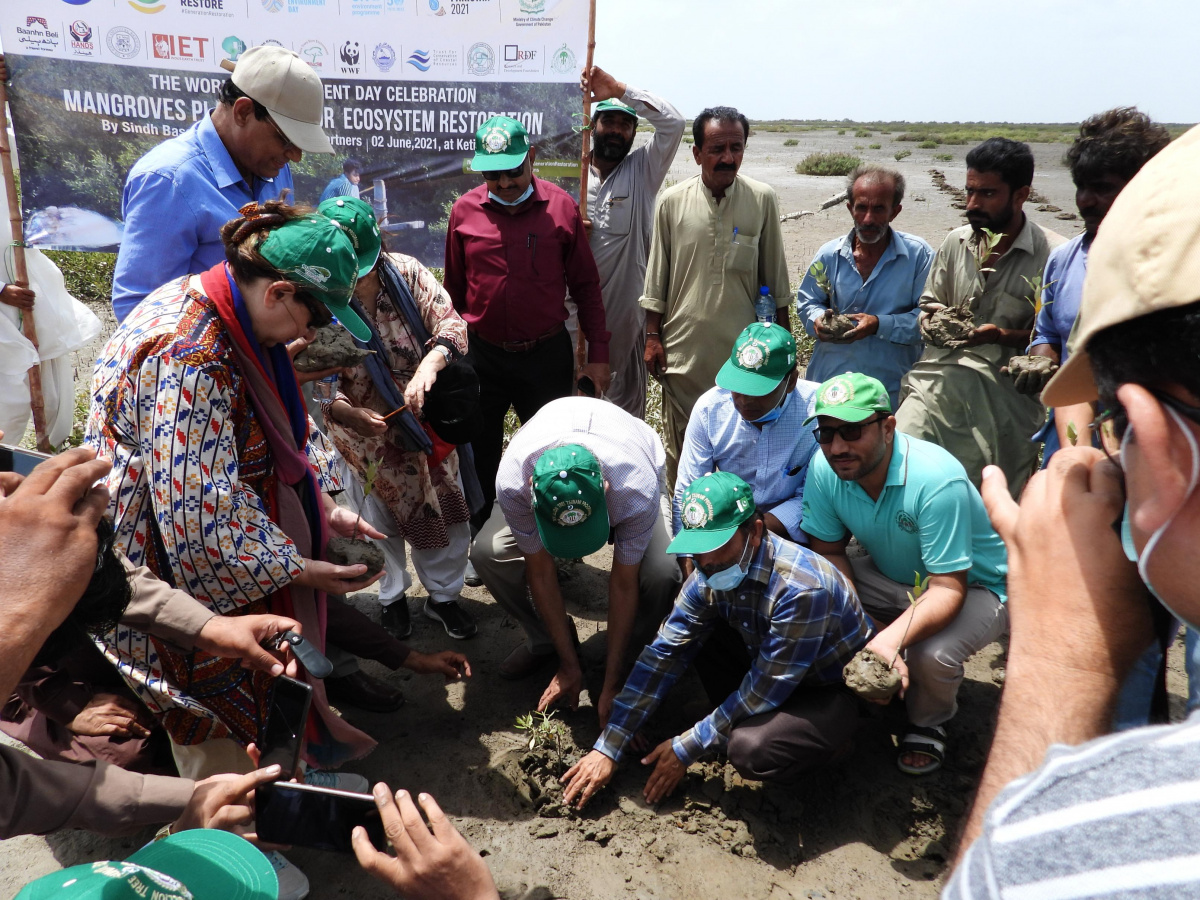 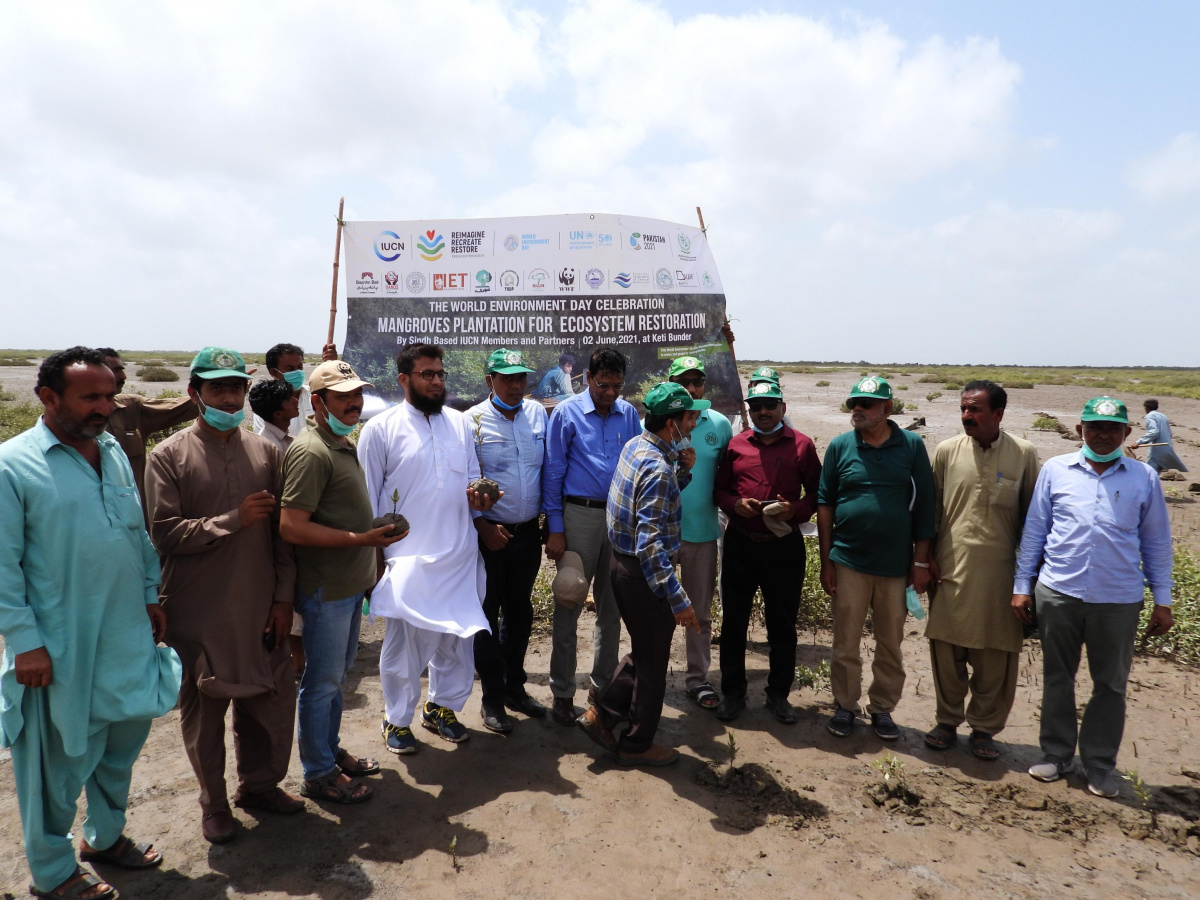 Senator (r) Jabbar thanked IUCN and the Forest Department, Government of Sindh for organising the event at a historical and important site. Stressing on the theme of the World Environment Day “Ecosystem Restoration” he lauded the vision of the Prime Minister and the leading role of Mr. Malik Amin Aslam in gaining the global recognition for the extraordinary achievements by Pakistan on the environmental front.

He appreciated the efforts and role of the IUCN Members throughout the country in highlighting the importance of the World Environment Day. He also admired the idea of IUCN and Sindh Forest Department for selection of this commemoration at the historical site of Keti Bunder where the second Guinness World Record was set by the Sindh Forest on June 22, 2013, by planting 847,275 mangrove saplings in a day and the third Guinness World Record for planting 1,129,294 on April 19, 2018. He further said that the site demonstrates collaborative efforts of IUCN and the Sindh Forest Department for ecosystem restoration.

Prof. Dr. Muhammad Zaheer Khan, President, the Scientific and Cultural Society of Pakistan and IUCN Regional Chair Asia, IUCN Commission on Ecosystem Management lauded the efforts of the Ministry of Climate Change and the Sindh Forest Department towards Billion Tree Tsunami programme which will immensely help in mitigating the impact of climate change in the country.

On behalf of Mr. Riaz Wagan, Chief Conservator Forests, Sindh Forest Department, Mr. Arif Ali Khokhar, Conservator welcomed and thanked Senator (r) Javed Jabbar and Members of IUCN at the occasion. He mentioned that under the Ten Billion Tree Tsunami Programme, Sindh Government has completed plantation of mangroves on 20,000 acres in the year 2021 and efforts are under towards achieving the goal of 10 Billion Trees.

He mentioned that Sindh Forest Department and IUCN have restored thousands of hectares of mangroves forest under the Possible role of mangroves in curbing sea intrusion in the Indus Delta project.

Ms. Shabnam Jabbar, Board Member of Baanhn Beli also lauded the efforts of the Sindh Government Department and the achievements of the federal government. She termed the plantation of mangroves and trees in the country as an investment for our future generations.

Ms. Meher Marker Noshirwani, Technical Adviser, Trust for Conservation of Coastal Resources and IUCN Regional Chair, Asia said Pakistan said that Pakistan has been entrusted the responsibility to host the World Environment Day and hoped that Pakistan will achieve new milestones in the year 2021.

Dr. Babar Hussain, Coordinator, NRM, IUCN Pakistan briefed the media persons on the benefits of mangroves forest and its role in mitigating the impact of climate change. 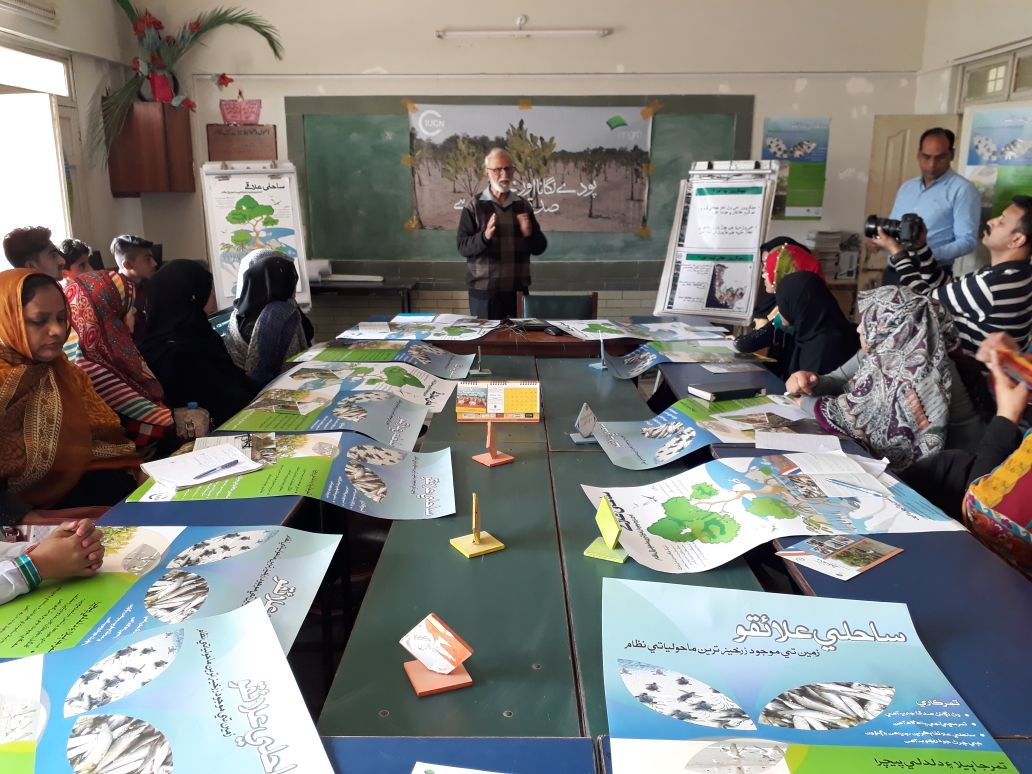 IUCN Pakistan in collaboration with Engro Foundation, organized an awareness-raising campaign for… 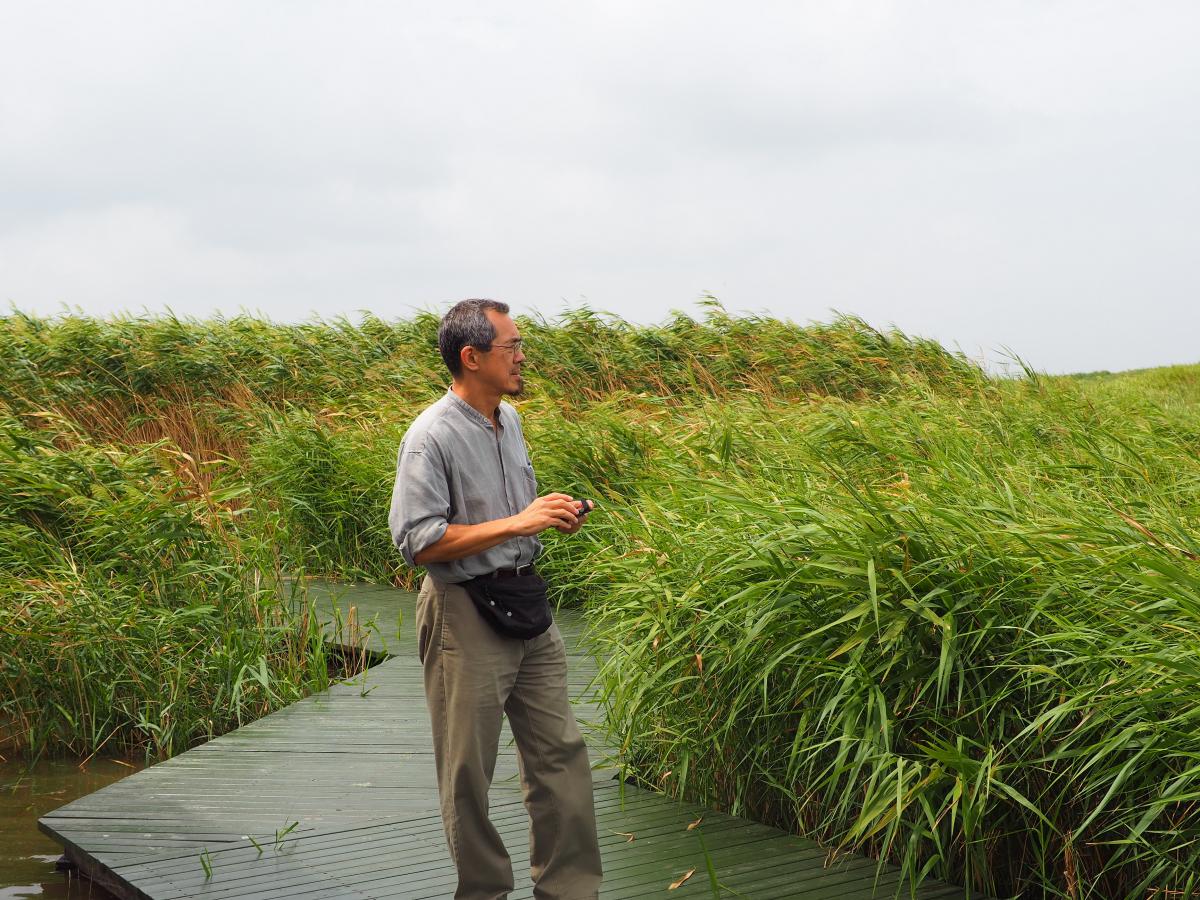 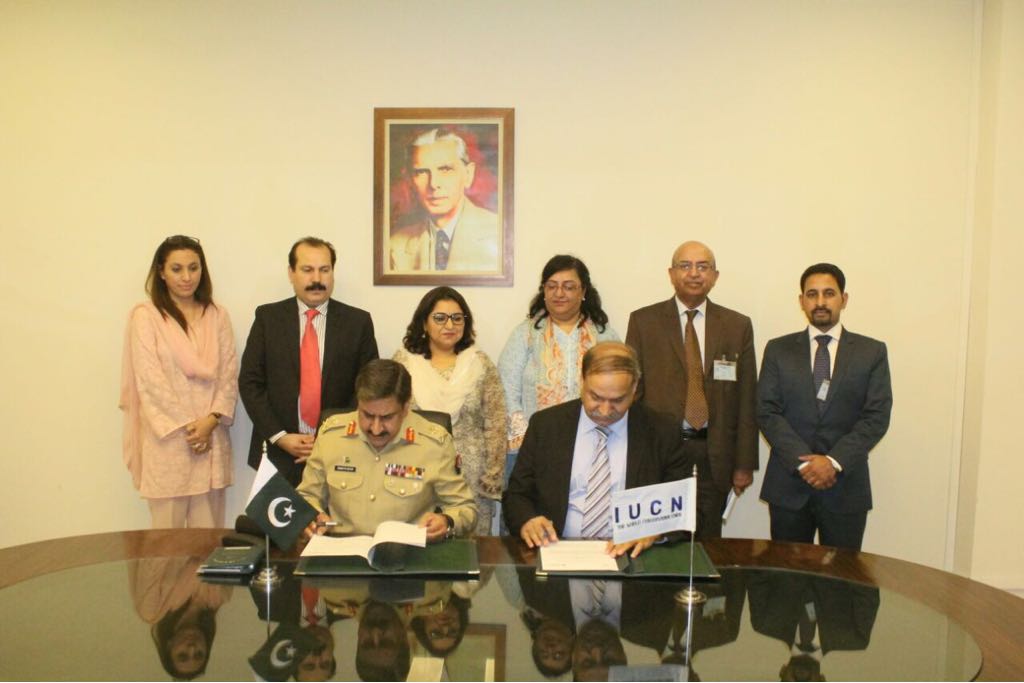