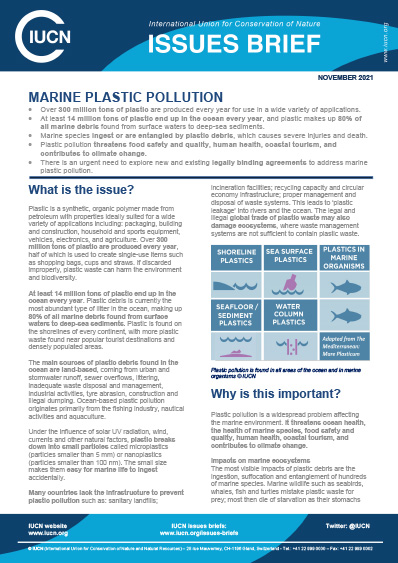 Plastic is a synthetic organic polymer made from petroleum with properties ideally suited for a wide variety of applications including: packaging, building and construction, household and sports equipment, vehicles, electronics and agriculture. Over 300 million tons of plastic are produced every year, half of which is used to create single-use items such as shopping bags, cups and straws. If discarded improperly, plastic waste can harm the environment and biodiversity.

At least 14 million tons of plastic end up in the ocean every year. Plastic debris is currently the most abundant type of litter in the ocean, making up 80% of all marine debris found from surface waters to deep-sea sediments. Plastic is found on the shorelines of every continent, with more plastic waste found near popular tourist destinations and densely populated areas.

Many countries lack the infrastructure to prevent plastic pollution such as: sanitary landfills; incineration facilities; recycling capacity and circular economy infrastructure; proper management and disposal of waste systems. This leads to ‘plastic leakage’ into rivers and the ocean. The legal and illegal global trade of plastic waste may also damage ecosystems, where waste management systems are not sufficient to contain plastic waste. 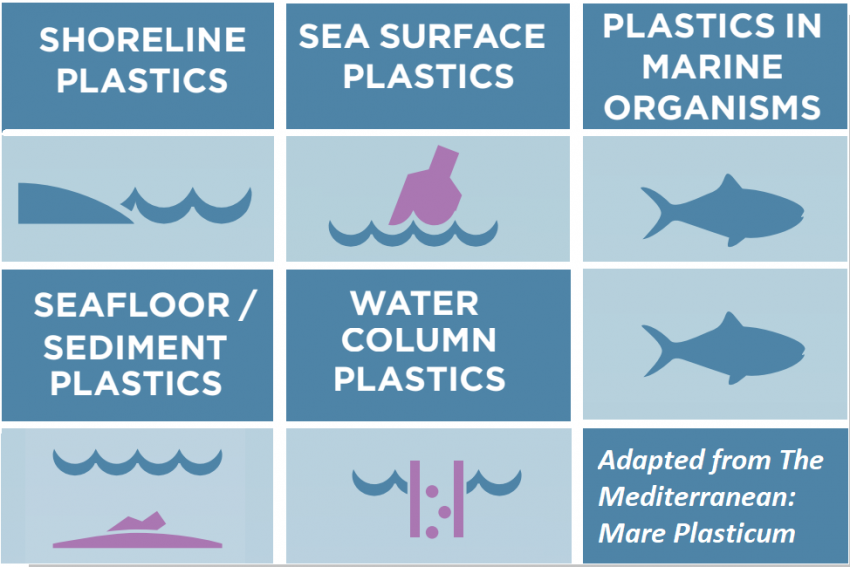 Plastic pollution is found in all areas of the ocean and in marine organisms.

The most visible impacts of plastic debris are the ingestion, suffocation and entanglement of hundreds of marine species. Marine wildlife such as seabirds, whales, fish and turtles mistake plastic waste for prey; most then die of starvation as their stomachs become filled with plastic. They also suffer from lacerations, infections, reduced ability to swim, and internal injuries. Floating plastics also help transport invasive marine species, thereby threatening marine biodiversity and the food web.

Impacts on food and human health

Microplastics have been found in tap water, beer, salt and are present in all samples collected in the world’s oceans, including the Arctic. Several chemicals used in the production of plastic materials are known to be carcinogenic and to interfere with the body’s endocrine system, causing developmental, reproductive, neurological, and immune disorders in both humans and wildlife. Recently, microplastics were found in human placentas but more research is needed to determine if this is a widespread problem.

Toxic contaminants also accumulate on the surface of plastic as a result of prolonged exposure to seawater. When marine organisms ingest plastic debris, these contaminants enter their digestive systems, and over time accumulate in the food web. The transfer of contaminants between marine species and humans through consumption of seafood has been identified as a health hazard, and research is ongoing.

Plastic waste damages the aesthetic value of tourist destinations, leading to decreased income from tourism. It also generates major economic costs related to the cleaning and maintenance of the sites. The build-up of plastic litter on beaches can have a negative impact on a country’s economy, wildlife, and the physical and psychological wellbeing of people.

Plastic production contributes to climate change. If plastic waste is incinerated, it releases carbon dioxide and methane (from landfills) into the atmosphere, thereby increasing emissions. 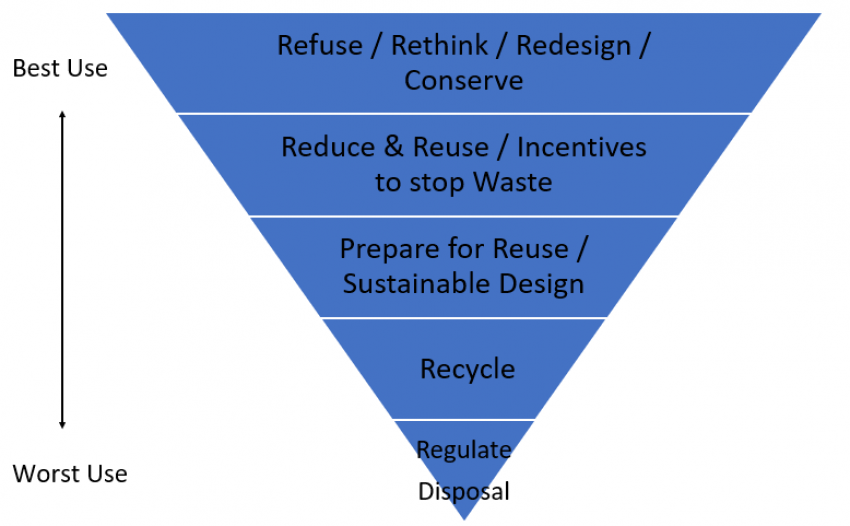 The UN 2030 Agenda for Sustainable Development calls for action to ‘Conserve and sustainably use the oceans, seas and marine resources’ (Goal 14) and ‘By 2025, prevent and significantly reduce marine pollution of all kinds, particularly from land-based activities, including marine debris and nutrient pollution’ (Target 14.1).

Regional and national governments should also explore national legislative frameworks on Extended Producer Responsibility. These are emerging as innovative, low-cost solutions, as are policies to promote circular economies.

Governments, research institutions and industries need to work collaboratively to redesign products, and rethink their use and disposal to reduce microplastic waste from pellets, synthetic textiles and tyres. Consumers and society must shift to more sustainable consumption patterns. This will require solutions which go beyond waste management and consider the whole lifecycle of plastic products; from design to infrastructure, and household use.

More funding for research and innovation should be made available to provide policymakers, manufacturers and consumers with the evidence needed to implement technological, behavioural and policy solutions to address marine plastic pollution.

Methodologies to identify, measure and address marine plastic pollution sources and plastic leakage are available, including from IUCN. 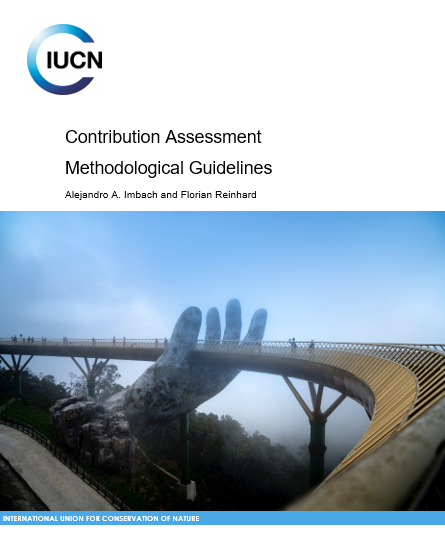 Methods to evaluate policy processes and outcomes are especially underdeveloped, yet are needed to…