IUCN maintains an Editorial Board. This has two functions: i) responding to requests for advice on possible peer reviewers for potential IUCN publications from IUCN Secretariat and IUCN Commissions; and ii) serving as a light Union-wide clearance authority to confirm that author responses to peer review comments on potential IUCN publications are robust and appropriate. The Editorial Board operates according to a Terms of Reference issued by IUCN’s Director General on the advice and consent of the IUCN Commission Chairs.

The IUCN Editorial Board members are as follows: 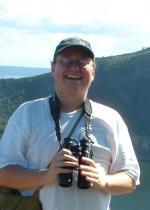 Dr Thomas BROOKS – Co-Chair, IUCN Editorial Board. Tom is Chief Scientist at IUCN. He is an ecologist, geographer, and ornithologist by education, with a BA (Hons) in Geography from the University of Cambridge (1993) and a PhD in Ecology and Evolutionary Biology from the University of Tennessee (1998). He has held biodiversity science positions in NatureServe, Conservation International and The Nature Conservancy, as well as visiting appointments at the World Agroforestry Centre (ICRAF) in the University of the Philippines Los Baños and in the Department of Geography of the University of Tasmania. His field experience is primarily from tropical forest hotspots, in Kenya, Paraguay, Indonesia, and the Philippines. Tom served on the Executive Committee of the BP Conservation Leadership Programme (2002–2010), and co-chaired the IUCN World Commission on Protected Areas/Species Survival Commission Joint Taskforce on ‘Biodiversity and Protected Areas’ (2009–2013). He has authored more than 230 scientific and popular articles. 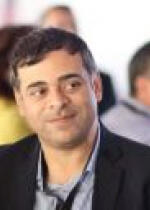 Ehab EID is a steering committee member of the IUCN Species Survival Commission (SSC), and the vice-chair of both the SSC and EAGL of West Asia. He is an expert in biodiversity conservation, CITES and protected areas management from Jordan and the West Asia region. He holds a master degree in conservation, access and management of species in trade from the International University of Andalucía, Spain, and a B.Sc. degree in biological science from the University of Jordan. He has published several peer-reviewed articles, books, guidelines and strategies, with among his latest publications an atlas of the snakes of Jordan, the Red Data book of mammals in Jordan and The Hard Corals of Jordan. He has contributed to mainstream biodiversity conservation into climate change where he led the development of the biodiversity and ecosystems chapters in the third and fourth national communication reports, national adaptation plan and the NDCs. He has also led the development of the National Biodiversity Strategy and Action Plan in Jordan and neighbouring countries. He has reviewed several articles for peer-reviewed journals and contributed to the GEO6 report.. 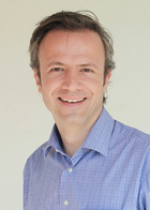 Dr Arnold KREILHUBER is a member of the IUCN World Commission on Environmental Law (WCEL) and the Deputy Director of the United Nations Environment Programme's Law Division. Prior to this post, he headed UNEP’s International Environmental Law Unit where he led work on important issues such as environmental crime, human rights and the environment, judges and the environment, and, most recently, UNEP’s response to attacks on environmental defenders. He has over 15 years of professional experience in the field of environmental law and policy. In 2012, he led the planning and organisation of the World Congress on Justice, Governance and Law for Environmental Sustainability as part of the UN Conference on Sustainable Development (Rio+20). Currently, he is also UNEP's focal point for coordination of rule of law work across the UN system as well as for the Global Forum on Law, Justice and Development, a network of over 170 institutions dedicated to creating legal knowledge that supports the implementation of the sustainable development goals. He has also served as the organisation’s legal counsel in the UN’s internal justice system. Before joining UNEP, he has worked for the Foreign Ministry of Austria, non-governmental organisations, and in the private sector. He holds a doctorate degree in international environmental law from the University of Vienna as well as a master’s degree in advanced international studies from the Diplomatic Academy of Vienna. 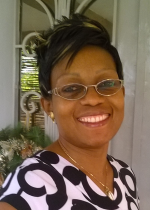 Victorine Félicité MANGANG TENE is a member of the IUCN Commission on Education and Communication (CEC). She is a journalist by education and has been working for the past 20 years within international organisations in the field of information and communication on sustainable development and natural resource management. Félicité joined IUCN in 2001 as Communications Officer for the Central Africa Regional Office. From July 2008 to November 2013 she was Senior Communications Officer for the Central and West Africa Office, and since then has been Officer-in-charge of Communication and Membership, based in Ouagadougou, Burkina Faso. Before IUCN, she worked with the International Circle for the Promotion of Creation (CIPCRE) and the Support Service to Local Development Initiatives (SAILD). 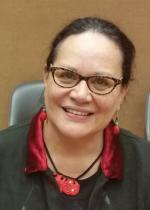 Dr Aroha Te Pareake MEAD served as Chair of the IUCN Commission on Environmental, Economic, and Social Policy (CEESP) (2009–2016). She is from the Ngāti Awa and Ngāti Porou tribes (Māori) of Aotearoa, New Zealand. She is a Senior Lecturer and Programme Director of Māori Business, Victoria Management School, Victoria University of Wellington. She has been involved in indigenous cultural and intellectual property and environmental issues for over 30 years at tribal, national, Pacific regional and international levels. Aroha previously worked as the National Policy Director for Te Tau Ihu o NgāWānanga – the National Secretariat for the three Māori/tribal universities: Te Whare Wānanga o Awanuiārangi, Te Wānanga o Aotearoa and Te Wānanga o Raukawa, and before that she held managerial positions in Te Puni Kōkiri, the Ministry of Māori Development. Aroha led the organisation of the conference that developed the 1993 Mataatua Declaration on Cultural and Intellectual Property Rights of Indigenous Peoples, the 1994 Roundtable of Indigenous Peoples and Self-Determination, and the 6th International Conference of Ethno biologists, as well as numerous national, regional and international conferences on traditional knowledge, cultural and intellectual property rights, biodiversity and genetic resources. The most recent conference she led was Sharing Power: A New Vision for Development, held in Whakatane, New Zealand, in January 2011. Her current interests are in providing insights into new models of conservation and development. 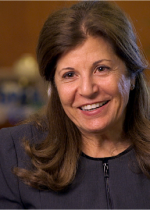 Dr Samira OMAR ASEM was an IUCN Councillor for West Asia (2013–2016) and is a member of the IUCN Commission on Ecosystem Management (CEM). She has more than 37 years of experience in management and leadership in R&D related to biodiversity conservation, agriculture and environment at the Kuwait Institute for Scientific Research (KISR). She attained her PhD in Wild Land Resource Sciences from the University of California, Berkeley in 1990, MSc in Range Management from the University of California, Berkeley, and BSc in Botany and Chemistry from Kuwait University. During her career as Director for the Food Resources and Marine Sciences Division at KISR, she has been responsible for six programmes: Aridland Agriculture Production; Biodiversity for Terrestrial Ecosystem; Food and Nutrition Production; Ecosystem Based Management for Marine; Aquaculture; and Biotechnology. She has national, regional and international recognitions and has been affiliated to many local and international organisations. She has published 30 refereed journal papers, 101 books and proceedings and 103 technical reports. She has participated in 102 local, regional and international conferences, and provided consultations to local, regional and international organisations. Samira is the Technical Program Director of the Kuwait Environmental Remediation Program awarded by the United Nations Compensation Commission (UNCC) and is responsible for supervising the implementation of the programme at the government level to ensure proper and transparent implementation of the programme according to the UNCC decisions. 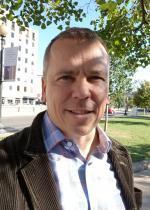 Dr Juha SIIKAMÄKI – Co-Chair, IUCN Editorial Board. Juha is Chief Economist at IUCN. He is a graduate of the University of California at Davis and University of Helsinki with the unique combined skills focusing on environmental and natural resource economics but also encompassing forestry, agronomy, and ecology. Throughout his career, he has specialised in the economics of ecosystems and nature, including economic valuation of ecosystem services, benefit-cost evaluations of conservation programmes, and spatial targeting of conservation investments. His career spans two decades of policy-relevant work. Since 2004, Juha worked at Resources for the Future (RFF), a non-partisan research organisation based in Washington DC, most recently as Associate Research Director and Thomas J. Klutznick Senior Fellow. Prior to joining RFF, he was a Senior Economist at Arcadis company. He also has experience from University of California at Davis and Natural Resources Institute Finland. 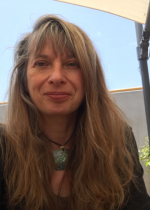 Sue STOLTON established Equilibrium Research in partnership with Nigel Dudley in 1991. Equilibrium promotes positive environmental and social change by linking targeted research to field application. Between them Sue and Nigel have authored well over 200 books and reports, worked in over 90 countries worldwide and worked with over 70 organisations. Sue is a member of the IUCN World Commission on Protected Areas (WCPA) and the IUCN Commission on Environmental, Economic and Social Policy (CEESP). She is an Honorary Fellow of the UNEP World Conservation Monitoring Centre and the Institute for European Environmental Policy. She has a degree in social history. 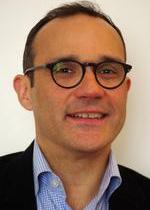 Ricardo TEJADA is Director Global Communications at IUCN. Previous to joining IUCN he was Senior Communications Adviser and Senior Editor at the Organisation for Economic Co-operation and Development (OECD). Ricardo has also worked as Director of Communications for two major UK media groups and as an adviser in the office of US Labor Secretary Robert Reich under President Bill Clinton. He holds a Master’s degree in international relations from the Fletcher School of Law and Diplomacy, Tufts University, and a Bachelor’s degree in international economics from the American University of Paris. 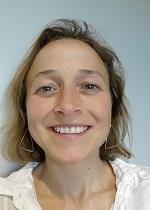 Sarina VAN DER PLOEG is Publications Officer at IUCN. She is responsible for providing guidance to the Union on all aspects of publishing, ensuring the high quality of our publications, and enhancing the effective dissemination of IUCN's conservation knowledge. Prior to joining IUCN, she worked at the United Nations Environment Programme's Europe Office and the Secretariat of the Convention on International Trade in Endangered Species of Wild Fauna and Flora (CITES) in Geneva, Switzerland. She also worked over 10 years as an editor and publisher at various publishing houses, where she was involved in all aspects of the publishing process, from editing and proofreading to layout and project management. She holds a Master’s degree in Literature from the University of Amsterdam.