Honolulu, Hawaiʻi, 4 September 2016 (IUCN) – The Eastern Gorilla – the largest living primate – has been listed as Critically Endangered due to illegal hunting, according to the latest update of The IUCN Red List of Threatened Species™ released today at the IUCN World Conservation Congress taking place in Hawaiʻi. Four out of six great ape species are now Critically Endangered – only one step away from going extinct – with the remaining two also under considerable threat of extinction. 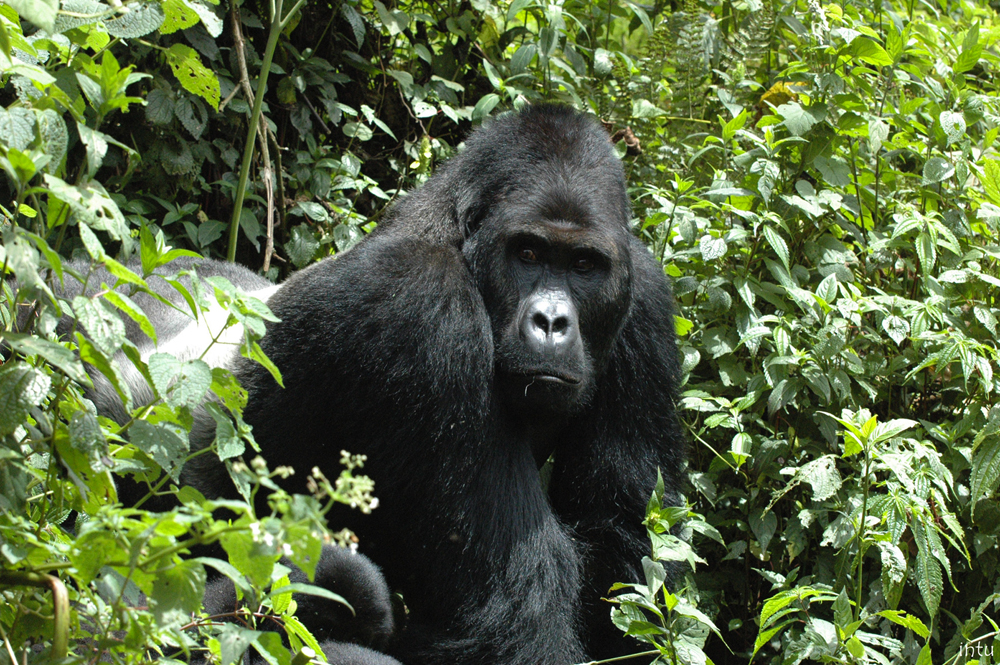 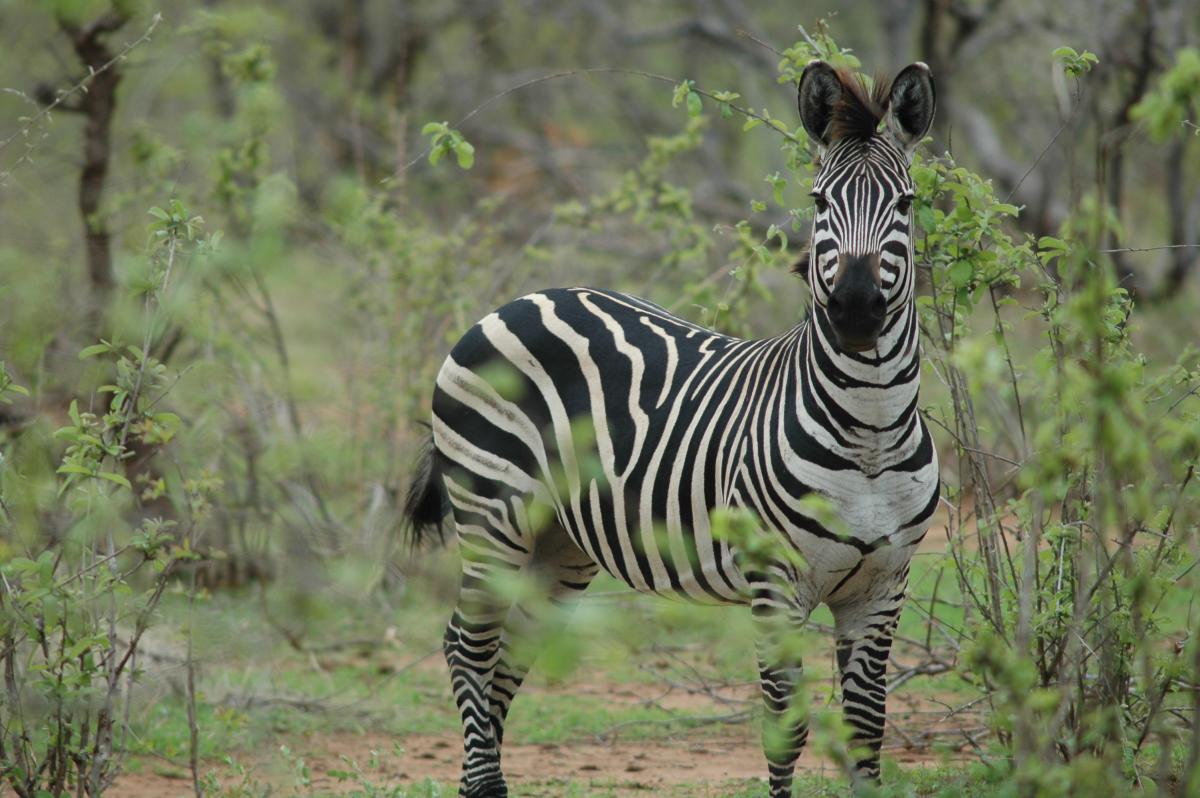 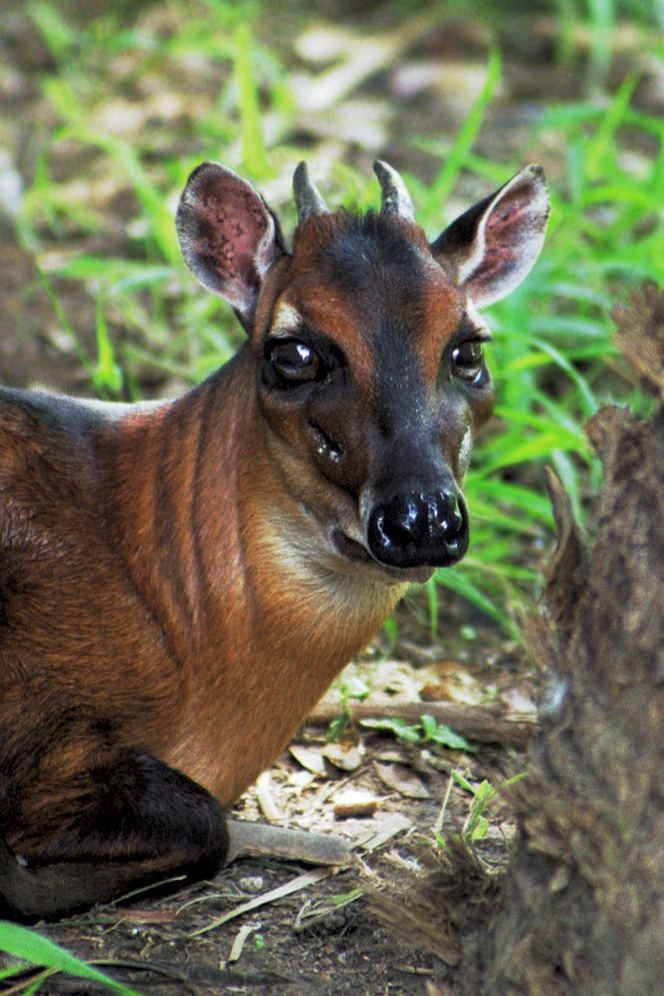 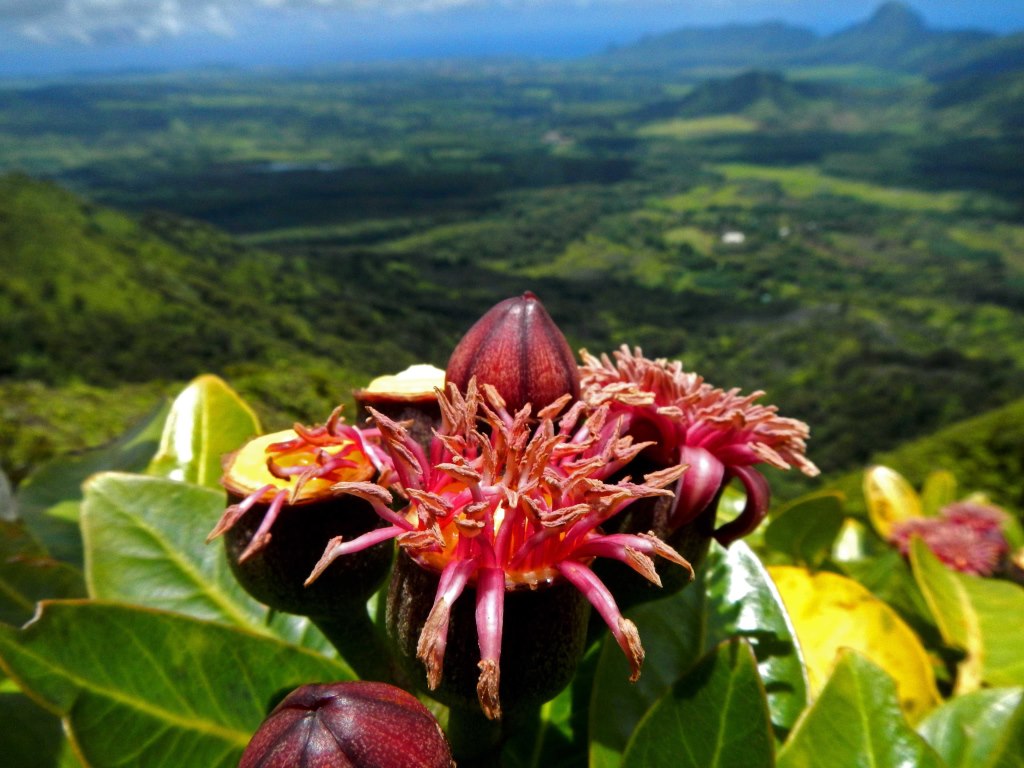 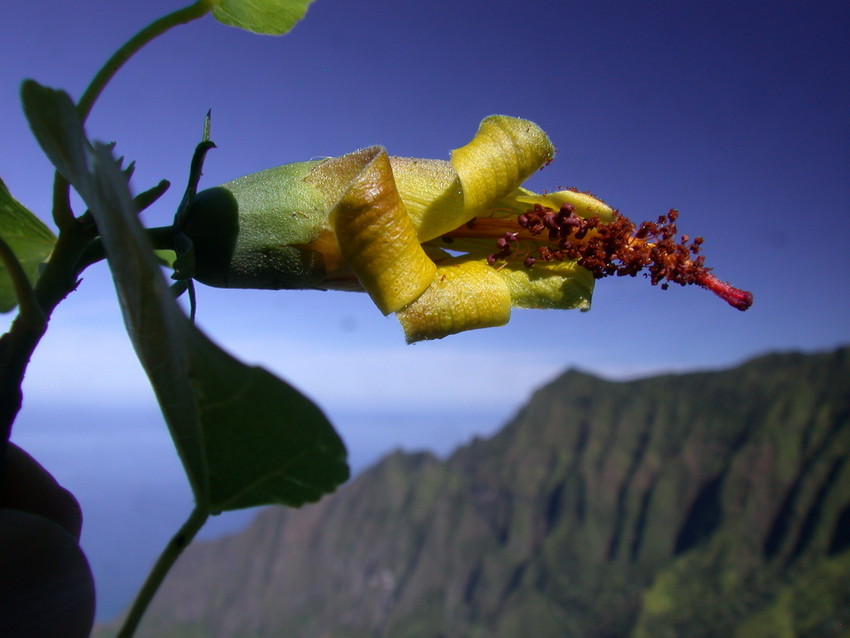 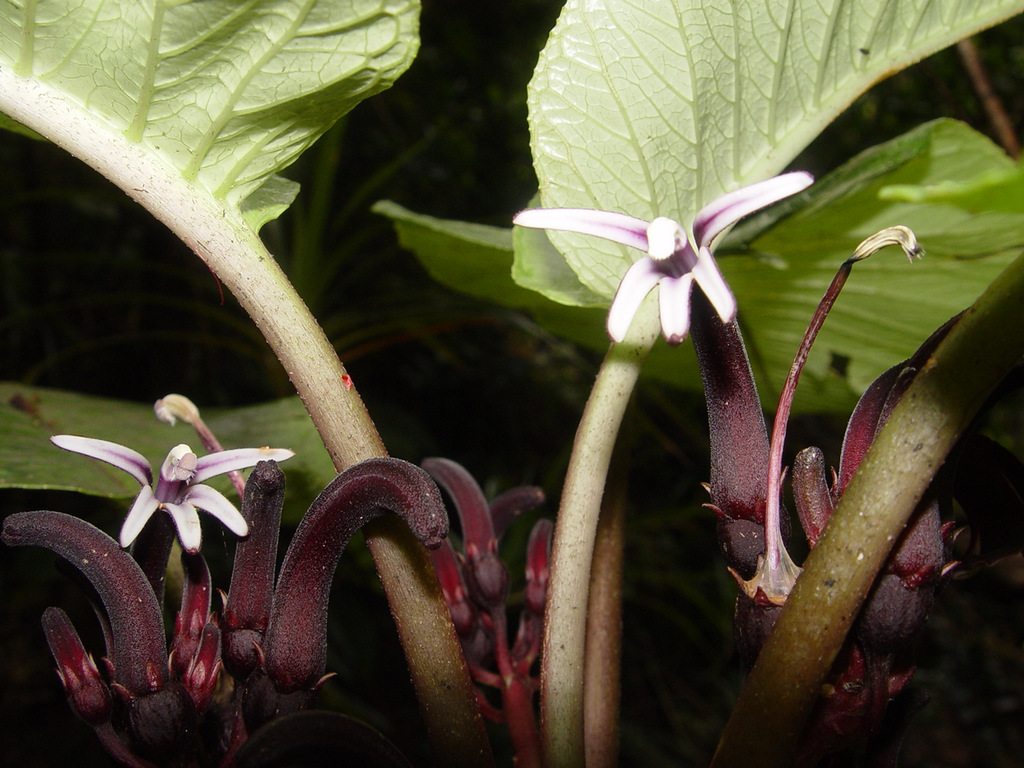 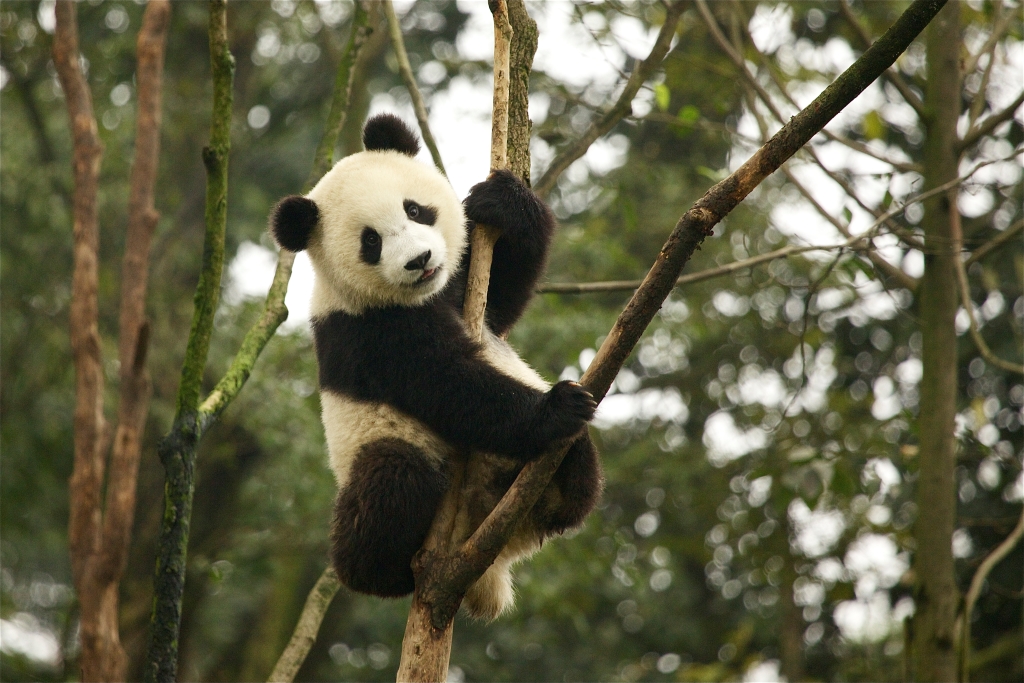 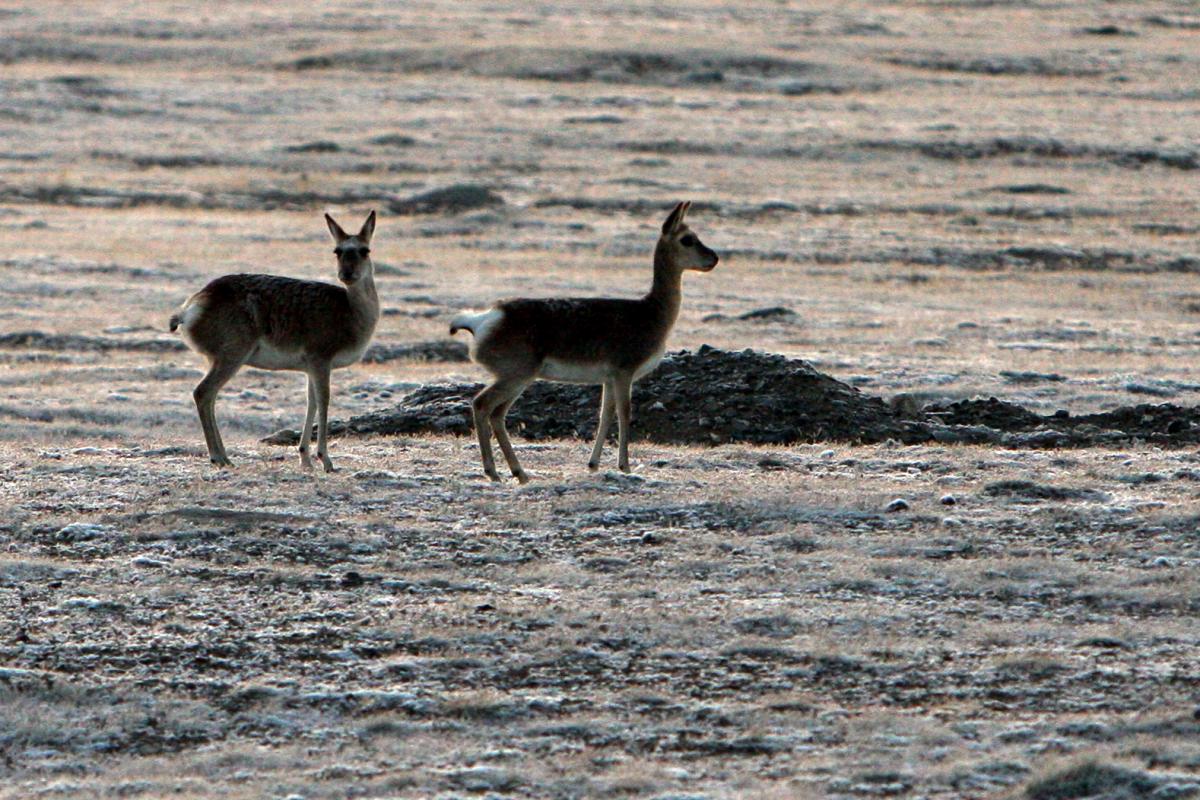 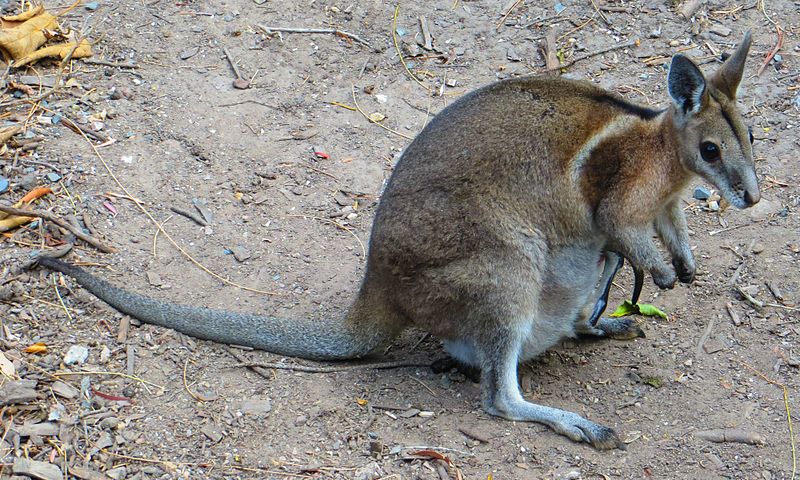 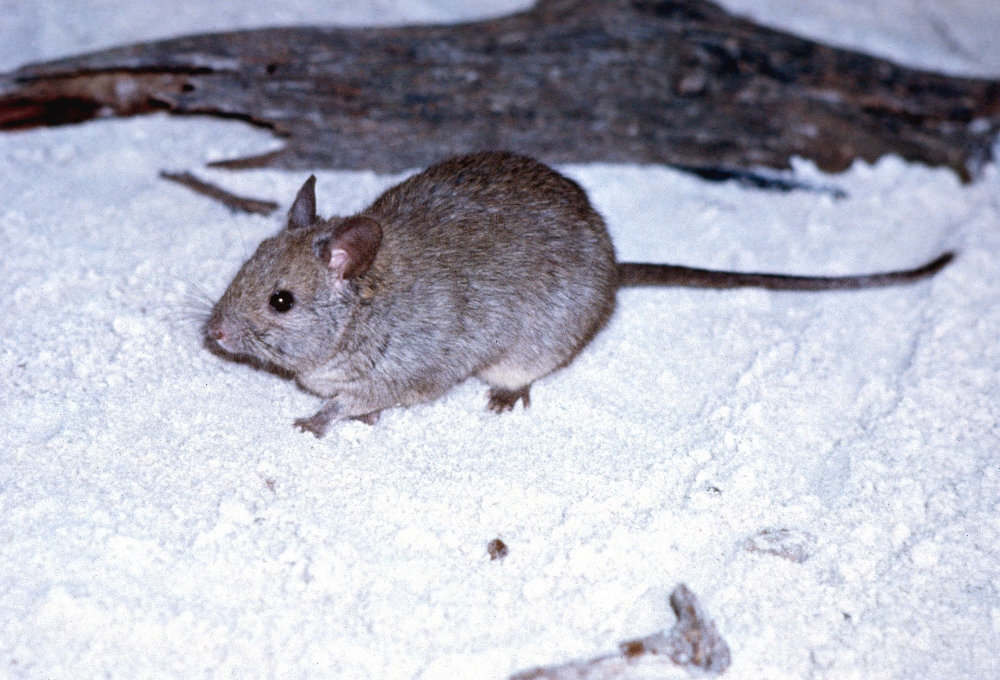 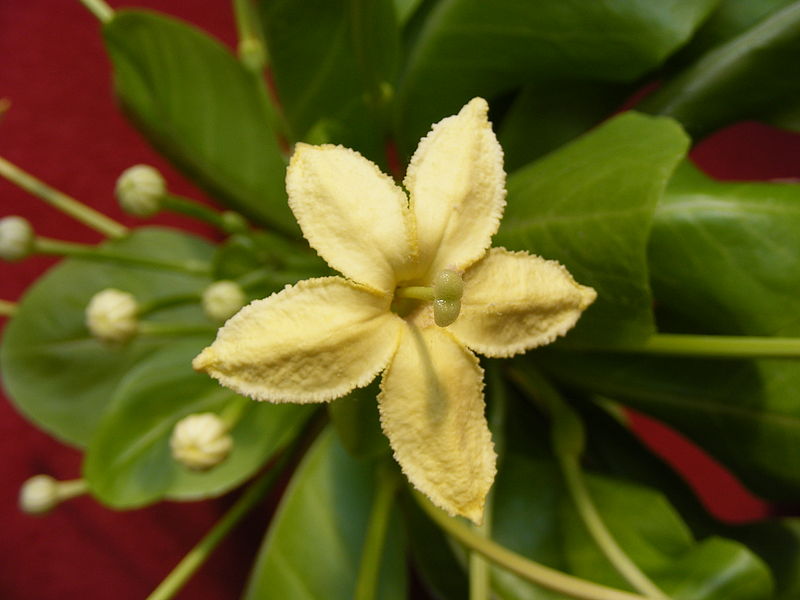 Today’s IUCN Red List update also reports the decline of the Plains Zebra due to illegal hunting, and the growing extinction threat to Hawaiian plants posed by invasive species. Thirty eight of the 415 endemic Hawaiian plant species assessed for this update are listed as Extinct and four other species have been listed as Extinct in the Wild, meaning they only occur in cultivation.

The IUCN Red List now includes 82,954 species of which 23,928 are threatened with extinction.

The Eastern Gorilla (Gorilla beringei) – which is made up of two subspecies - has moved from Endangered to Critically Endangered due to a devastating population decline of more than 70% in 20 years. Its population is now estimated to be fewer than 5,000. Grauer’s Gorilla (G. b. graueri), one subspecies of Eastern Gorilla – has lost 77% of its population since 1994, declining from 16,900 individuals to just 3,800 in 2015. Killing or capture of great apes is illegal; yet hunting represents the greatest threat to Grauer’s Gorillas. The second subspecies of Eastern Gorilla – the Mountain Gorilla (G. b. beringei) –is faring better and has increased in number to around 880 individuals. Four of the six great apes - Eastern Gorilla, Western Gorilla, Bornean Orangutan and Sumatran Orangutan - are now listed as Critically Endangered, whilst the Chimpanzee and Bonobo are listed as Endangered.

“To see the Eastern gorilla – one of our closest cousins – slide towards extinction is truly distressing,” says Inger Andersen, IUCN Director General. “We live in a time of tremendous change and each IUCN Red List update makes us realize just how quickly the global extinction crisis is escalating. Conservation action does work and we have increasing evidence of it. It is our responsibility to enhance our efforts to turn the tide and protect the future of our planet.”

The once widespread and abundant Plains Zebra (Equus quagga) has moved from Least Concern to Near Threatened. The population has reduced by 24% in the past 14 years from around 660,000 to a current estimate of just over 500,000 animals. In many countries Plains Zebra are only found in protected areas, yet population reductions have been recorded in 10 out of the 17 range states since 1992. The Plains Zebra is threatened by hunting for bushmeat and skins, especially when they move out of protected areas.

“Illegal hunting and habitat loss are still major threats driving many mammal species towards extinction,” says Carlo Rondinini, Coordinator of the mammal assessment at Sapienza University of Rome “We have now reassessed nearly half of all mammals. While there are some successes to celebrate, this new data must act as a beacon to guide the conservation of those species which continue to be under threat.”

Invasive species such as pigs, goats, rats, slugs, and non-native plants are destroying the native flora in Hawai’i. The latest results show that of the 415 endemic Hawaiian plant species assessed so far for The IUCN Red List (out of ca. 1,093 endemic plant species), 87% are threatened with extinction, including the Endangered 'Ohe kiko'ola (Polyscias waimeae) – a beautiful flowering tree found only on the island of Kauaʻi. Thirty Eight have been listed as Extinct, including the shrubs 'Oha Wai (Cyanea eleeleensis) and Hibiscadelphus woodii. Four species have been listed as Extinct in the Wild including the Haha (Cyanea superba) last seen in the wild in 2003. Invasive species are the main threat to all of these species, with many being threatened by more than one invasive species. The IUCN Species Survival Commission (SSC) Hawaiian Plant Specialist Group anticipates the remaining species to be assessed will also be highly threatened.

“Hawaiʻi is an example of nature at its best with spectacular examples of evolution, yet it is facing an uncertain future due to the impact of invasive species - showing how unwittingly, human actions can make nature turn against itself,” says Matt Keir, a member of the IUCN SSC Hawaiian Plant Specialist Group. “What we see happening in Hawaiʻi is foretelling what will happen in other island or contained ecological systems. Hawaiʻi and other nations must take urgent action to stop the spread of invasive species and to protect species with small population sizes”

This new data will be used to influence action such as listing species on the US Endangered Species Act which will assist in securing funding for conservation programs to target and control invasive species, and to fence wild areas to protect them from large mammals. Improved biosecurity to stop invasive species entering the country is essential, according to IUCN experts.

This update of The IUCN Red List also brings some good news and shows that conservation action is delivering positive results.

Previously listed as Endangered, The Giant Panda (Ailuropoda melanoleuca) is now listed as Vulnerable, as its population has grown due to effective forest protection and reforestation. The improved status confirms that the Chinese government's efforts to conserve this species are effective. However, climate change is predicted to eliminate more than 35% of the Panda's bamboo habitat in the next 80 years and thus Panda population is projected to decline, reversing the gains made during the last two decades. To protect this iconic species, it is critical that the effective forest protection measures are continued and that emerging threats are addressed. The Chinese government's plan to expand existing conservation policy for the species is a positive step and must be strongly supported to ensure its effective implementation.

Due to successful conservation actions, the Tibetan Antelope (Pantholops hodgsonii) has moved from Endangered to Near Threatened. The population underwent a severe decline from around one million to an estimated 65,000-72,500 in the 1980s and early 1990s. This was the result of commercial poaching for the valuable underfur – shahtoosh – which is used to make shawls. It takes 3-5 hides to make a single shawl, and as the wool cannot be sheared or combed, the animals are killed. Rigorous protection has been enforced since then, and the population is currently likely to be between 100,000 and 150,000.

Other conservation successes include the Greater Stick-nest Rat (Leporillus conditor), endemic to Australia, which has improved status, moving from Vulnerable to Near Threatened. This is due to a successful species recovery plan, which has involved reintroductions and introductions to predator-free areas. This unique nest-building rodent is the last of its kind, with its smaller relative the Lesser Stick-nest Rat (Leporillus apicalis) having died out in the Twentieth Century. The resin created by the rats to build their nests is so strong that they can last for thousands of years if they are not exposed to water.

The Bridled Nailtail Wallaby (Onychogalea fraenata), has also improved in status, having moved from Endangered to Vulnerable. Endemic to Australia, this once common species had a dramatic population decline during the 19th and early 20th centuries due to the impacts of invasive species and habitat loss. A successful translocation conservation programme establishing new populations within protected areas is enabling this species to commence the long road to recovery.

Yesterday, IUCN, its Species Survival Commission, and nine Red List partner institutions forged an exciting new commitment to support The IUCN Red List. These organizations will jointly commit more than US$10 million over the next five years towards achieving an ambitious strategic plan that aims to double the number of species assessed on The IUCN Red List by the year 2020. The institutions include: Arizona State University; BirdLife International; Botanic Gardens Conservation International; Conservation International; NatureServe; Royal Botanic Gardens Kew; Sapienza University of Rome; Texas A&M University and the Zoological Society of London.

“The world is changing fast and dramatically. Now more than ever, amid the updates to the Red List, it’s crucial to identify and track the elements of nature that need protection the most,” says Dr M Sanjayan from Conservation International.  “Monitoring the diversity of life is a fundamental part of all our efforts to understand the changes happening on our planet and focusing our conservation efforts so that people and nature can thrive"

"The newly added plant species from Hawaii show the importance of continuing to produce conservation assessments in order for us to better prioritise species in need of conservation action,” says Malin Rivers, BGCI.  “This work has highlighted some species at extremely high risk of extinction and the main threats to the iconic Hawaiian flora, which gives the conservation community an opportunity to take conservation action, both in situ and ex situ, to save these unique plants."

“BirdLife is delighted to continue our role as a key member of the Red List Partnership and as the Red List Authority for birds,” says BirdLife’s CEO, Patricia Zurita. “We are committed to helping ensure that the Red List remains the best source of reliable information on the conservation status of species.”