It is with great sorrow that we inform you that Dr Mohammad Taghi-Farvar passed away on Monday 16 July 2018. 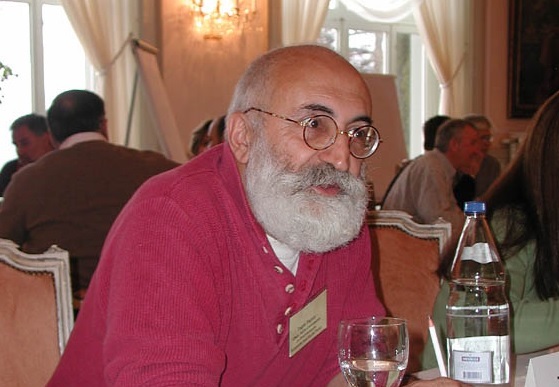 Taghi dedicated his life to promoting respect for, and the territorial governance rights of, indigenous peoples.  He held numerous positions in the international and national conservation and sustainable livelihoods arena and was a well-known and respected member of the IUCN family.

Taghi played an important role in conservation and had a pivotal role in building IUCN and bringing the organisation to its vision of “A just world that values nature”.  He was Chair of the Board of IUCN Member CENESTA-Iran and served as Chair the IUCN Commission on Environmental, Economic and Social Policy from 2000 to 2008 and was a valued member of the IUCN Council.  He was a co-founder and member of the Council of Elders of the Union of Indigenous Nomadic Tribes in Iran (UNINOMAD), Chair of the International Consortium on Indigenous Peoples’ and Community Conserved Territories and Areas (ICCA) and Vice-Rector of Bu-Ali Sine University in Iran, where he was based.

A member of the Shahsevan indigenous tribe of nomadic pastoralists in Iranian Azerbaijan, he was fluent in six languages.  He lived and worked with indigenous peoples and traditional communities in the Americas, Asia, Africa, and Europe and published extensively on community and collaborative management of natural resources and conservation with equity.  Taghi brought joy to his work and took much delight in the encounters he made and the path he journeyed.  He will be missed by all those who knew him.

Paying tribute to him, Inger Andersen, IUCN Director General said, “This is a massive loss to the conservation movement and we join the entire IUCN family in mourning the passing of Taghi Farvar, whose wisdom, insight and gentle insistence through activism and science was an example to us all. May he rest in eternal peace.”

A condolences page has been set up on the on the ICCA Consortium website.

Our thoughts go out to his family and friends.