The World Now Protects 15% of Its Land, but Crucial Biodiversity Zones Left Out

Close to 15% of the Earth's land and 10% of its territorial waters are covered by national parks and other protected areas; coverage of marine protected areas increased by almost 300% in the last decade; and eight in 10 key biodiversity areas worldwide lack complete protection. 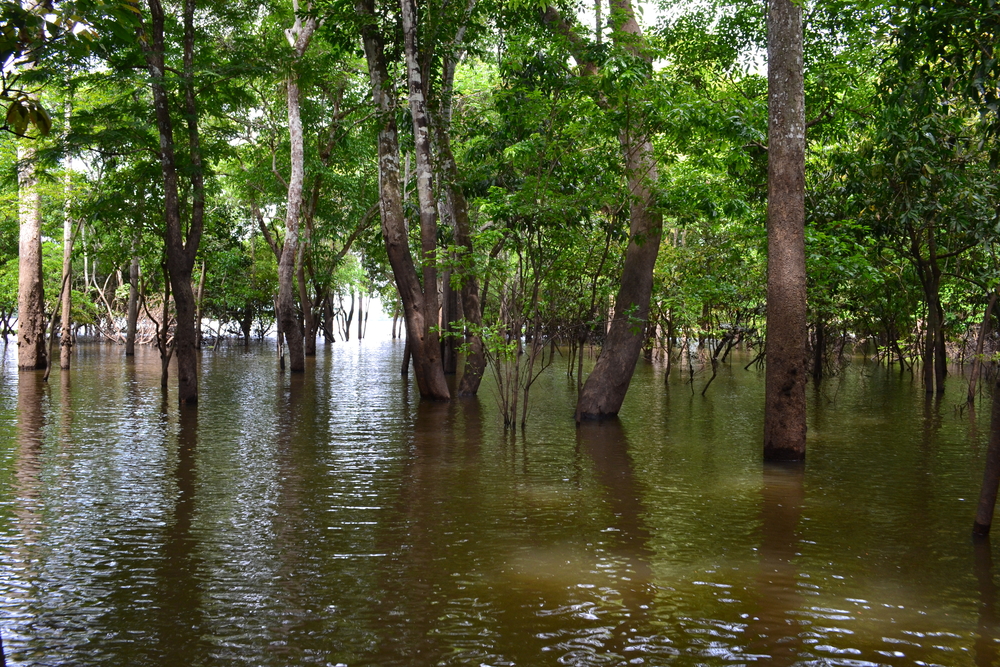 With 14.7 % of the Earth's land and 10 % of its territorial waters under protection, the world is on track to meet a major global conservation target, according to a new report by UN Environment and the International Union for Conservation of Nature (IUCN), launched today at the IUCN World Conservation Congress in Hawaiʻi.

But the 2016 Protected Planet report also shows that crucial biodiversity areas are being left out, key species and habitats are underrepresented and inadequate management is limiting the effectiveness of protected areas.

"The huge gains in the number and size of protected areas made in the last decade have to be matched by improvements in their quality," said UN Environment Head Erik Solheim.

"The world needs to do more to effectively protect our most biologically diverse spaces. Protected areas need to be better connected, to allow populations of animals and plants to mix and spread. Also important is ensuring local communities are involved in protection efforts. Their support is fundamental to long-term conservation."

"Today, the world is facing critical environmental and societal challenges, such as climate change, food and water security," said IUCN Director General Inger Andersen. "Protected areas play a major role in conserving species and ecosystems that help us confront these challenges. Ensuring that they are carefully mapped and effectively managed is crucial if we want to continue to prosper on this planet."

According to scientists at IUCN and UN Environment's World Conservation Monitoring Centre, there are 202,467 protected areas today, covering almost 20 million square kilometres or 14.7% of the world’s land, excluding Antarctica. That falls just short of the 17% target set for 2020 by the Convention on Biological Diversity under the Aichi Biodiversity Targets.

Land coverage of protected areas has decreased by 0.7% since the last Protected Planet report. Scientists attribute the decline to fluxes in data, such as changes in boundaries, removal of some large sites from the World Database on Protected Areas and improved data quality, rather than an actual decrease in coverage on the ground.

Middle East has the lowest land protection rate of around 3%, equal to around 119,000 square kilometres.

The last decade has seen remarkable progress in protecting the world's oceans. The size of marine protected areas has increased from just over 4 million in 2006 to nearly 15 million square kilometres today, covering four per cent of the Earth's oceans, an area almost the size of Russia.

But for all the growth in coverage, much remains to be done to improve the quality of protected areas.

Areas of importance for biodiversity

Currently less than 20% of the world's key biodiversity areas are completely covered by protected areas.

Less than 20% of countries have met their commitments to assess the management of their protected areas, raising questions about the quality and effectiveness of existing conservation measures.

The report recommends investing in protected areas to strengthen sustainable management of fisheries, control invasive species, cope with climate change and reduce harmful incentives, such as subsidies, which threaten biodiversity.

About the Protected Planet Report 2016

The Protected Planet Report 2016 assesses how protected areas contribute to achieving the Strategic Plan for Biodiversity and relevant targets of the Sustainable Development Goals. It highlights current research and case studies on the role protected areas play in conserving biodiversity and cultural heritage.

About the Aichi Biodiversity Targets

In 2010, the Parties to the Convention on Biological Diversity adopted the Strategic Plan for Biodiversity 2010-2020 and its 20 Aichi Biodiversity Targets. Together with the UN's Sustainable Development Goals, they constitute the most important environmental and sustainable development commitments ever made by governments.