The Kawsak Sacha (Living Forest) declaration is universal and proposes a legal recognition of the call for territorial rights and of Pachamama, as necessary and essential for the balance of the planet and the preservation of life. 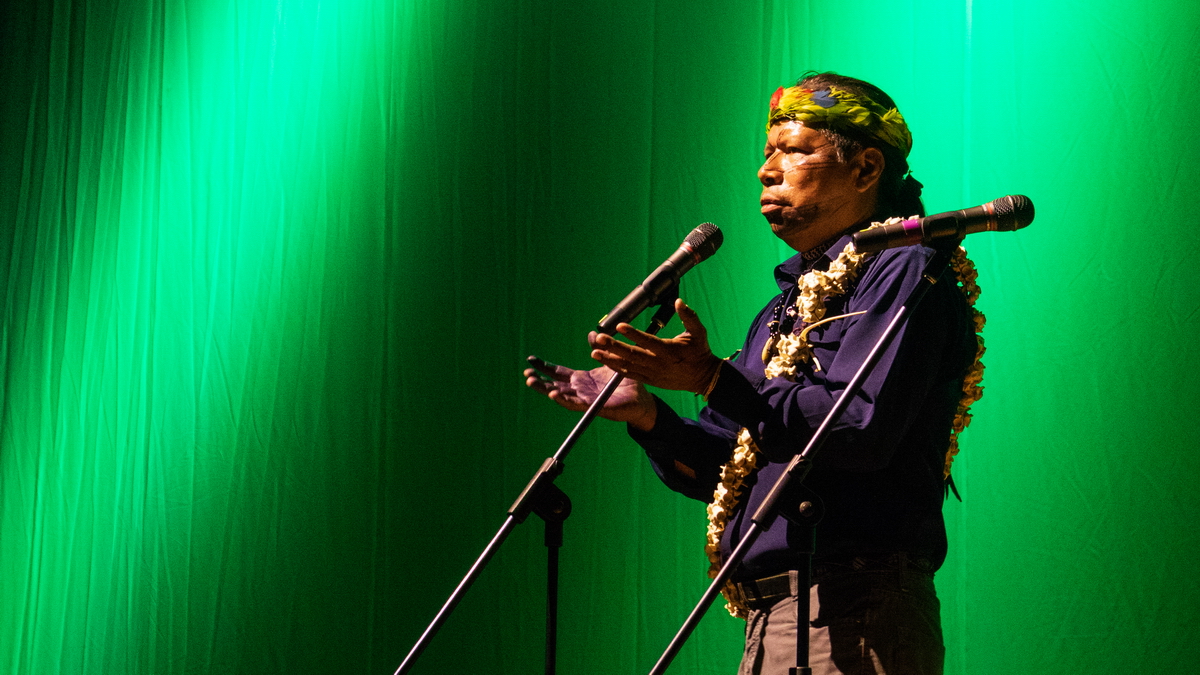 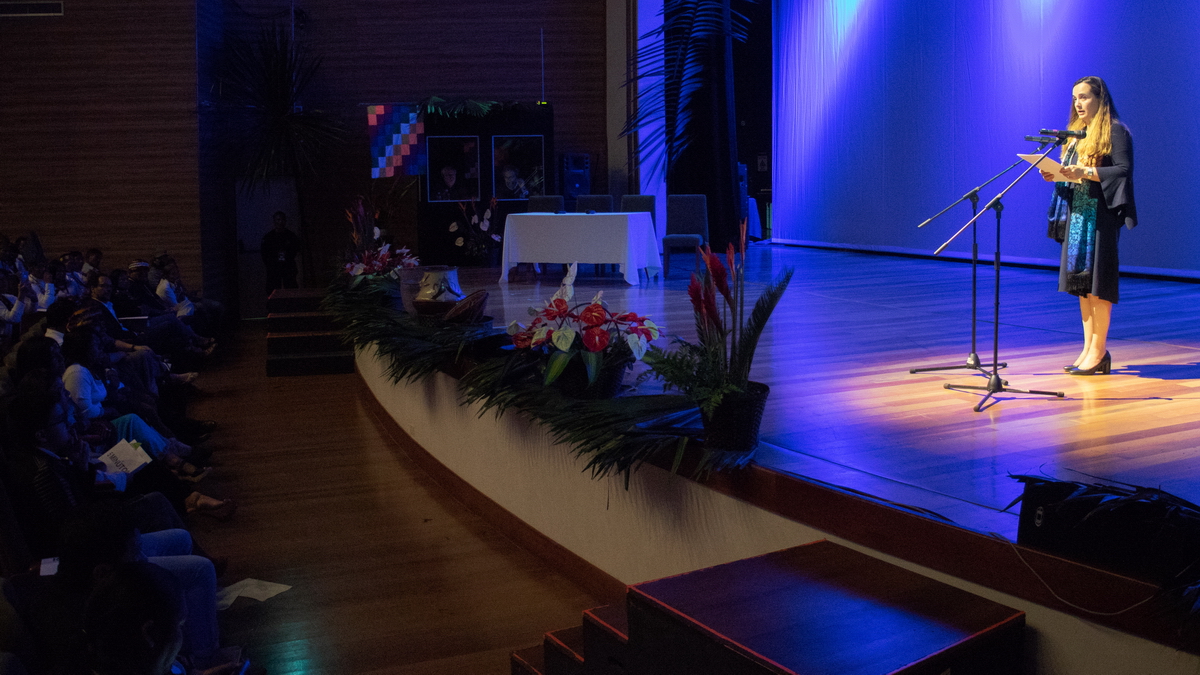 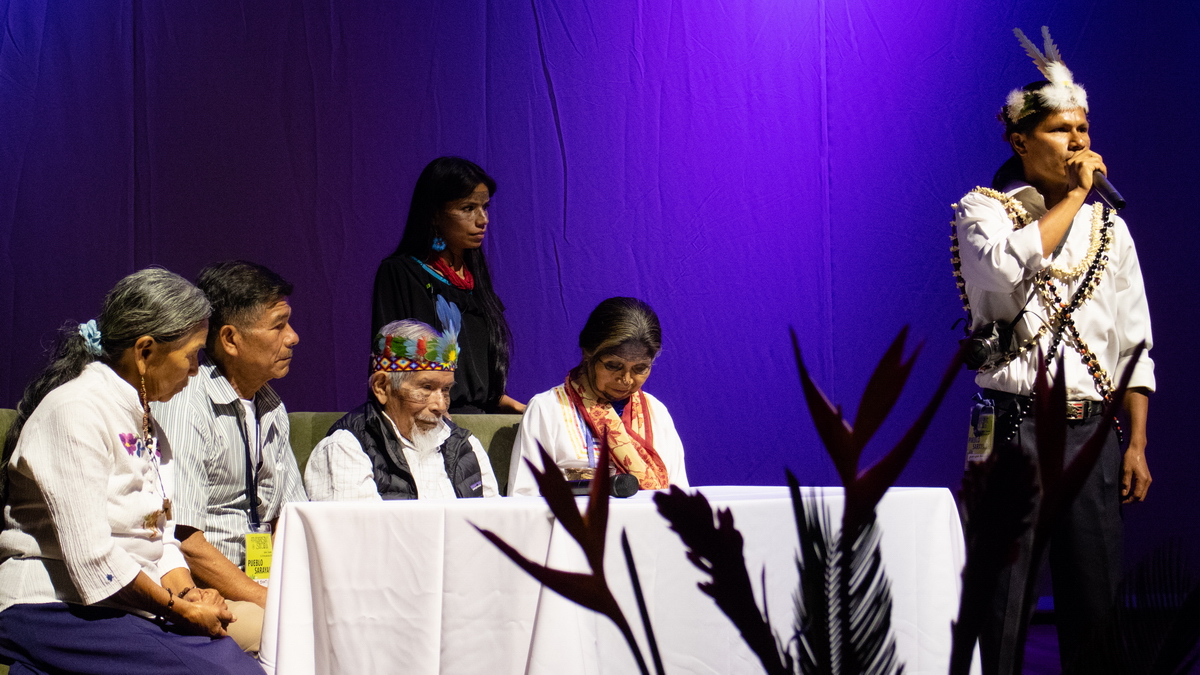 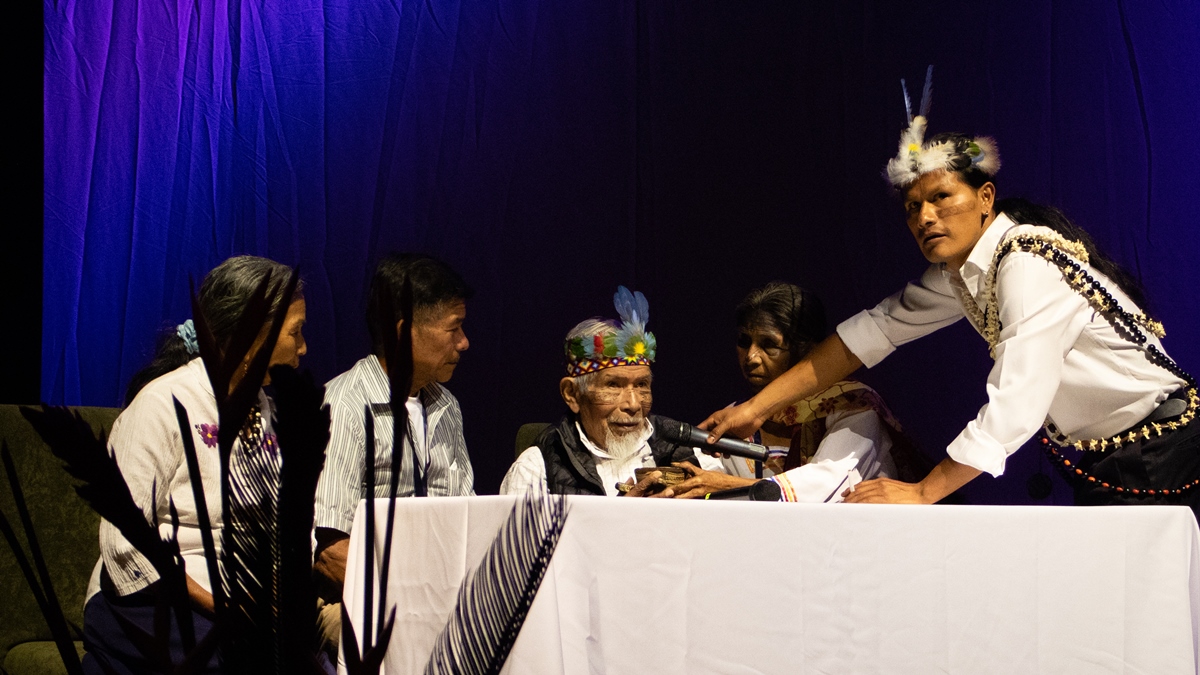 Quito, Ecuador (IUCN).  The Kichwa people of Sarayaku, located in the Amazonian region of eastern Ecuador, launched the declaration of Kawsak Sacha, which means Living Forest (a live and conscious being that is subject of rights), on Thursday, 26 July, in Quito, Ecuador.

Kawsak Sacha is presented as a declaration of life that seeks to preserve territorial spaces, nature and the spiritual relation established between native peoples and other beings inhabiting the forest, under the principles of self-determination, collective rights and community administration of the territory.

Grethel Aguilar, Director of the IUCN Regional Office for Mexico, Central America and the Caribbean (ORMACC), stated that IUCN feels grateful and very privileged to have been invited to take part in this historic moment. The Regional Director participated in representation of ORMACC and the IUCN Office for South America.

“Kawsak Sacha is a concept encompassing the tangible and the spiritual, that speaks to us of an indissoluble relation between culture and the territory where it flowers; a relationship between ‘the beings of the different worlds.’ It is precisely the understanding of this universal interconnection that should lead humankind to come to terms, comprehend and live in harmony with the surroundings of which they are part. We know that this understanding has always formed part of the world vision of the Amazon indigenous,” stressed Dr Aguilar.

Speaking at the event, anthropologist Eduardo Kohn explained that “this declaration is a call to ecologise our laws, government policies and economic systems. Kawsak Sacha arises in Sarayaku because its inhabitants have consciously chosen to live together with the forest beings with whom they connect in their day-to-day life and through their dreams and visions. It stems from a sophisticated process of community debate aimed at the good of the community, the forest and the planet.”

The declaration is based on the Sarayaku model of life, and calls on peoples and nations, as well as international bodies, to adhere to and endorse this conservation proposal born of their own world vision.

Jose Gualinga, former president and leader of the Sarayaku community, emphasised that “Kawsak Sacha is a native thought, philosophical, that lives ancestrally within our mode of life. The contemporary world has not known this concept, which is why the Sarayaku make a change in order to inform all public opinion, national and international, of other forms of conservation that have assured the existence of the Amazonian forest and the relevance of indigenous peoples in the forest.”

In an internal process of work, the Sarayaku spent 14 years formulating this declaration with the participation of men and women leaders, youth and elders. Their aim is for Kawsak Sacha to be recognised as a form of self-governance.

“Beyond a proposal by the Sarayaku, we want all of Ecuador to envision this principle, because we are proposing a radical change in the system of education and  to rethink an economic proposal that respects the right of nature and is compatible with the current system,” added Jose Gualinga.

To present the initiative to citizens, the Sarayaku also organised a series of activities complementing the declaration’s launch, including the Pabellón del Habitat with displays, panels and artistic presentations in Quito’s Parque del Arbolito.

“Walking down the aisles between the exhibitions and seeing the work the Sarayaku do with so much effort to delimit the Sarayaku territory, care for it and provide benefits for their people, I was reminded, without a doubt, of why it is vital to strengthen alliances between natural resource conservation organisations and indigenous peoples, under the umbrella of common objectives for well-being,” recalled the IUCN Regional Director.

She added, “This year precisely, when IUCN completes 70 years of existence. And since I don’t believe in coincidences, I want to tell you that this invitation to us from the Sarayaku people is one of the best ways of celebrating our anniversary, forming alliances and recognising those who, with energy, effort and conviction, cross their lives with natural resources as a central part of their own existence.”

Extending more than 7.8 million km2, the Amazon basin is the world’s largest tropical forest ecosystem with the greatest terrestrial biodiversity on the planet, and thus a region of strategic global importance. The territory of the Sarayaku native people spans approximately 135,000 hectares in the middle course of the Bobonaza river basin, province of Pastaza.