The first study to determine the global conservation status of 64 species of open ocean (pelagic) sharks and rays reveals that 32 percent are threatened with extinction, primarily due to overfishing, according to the IUCN Shark Specialist Group. 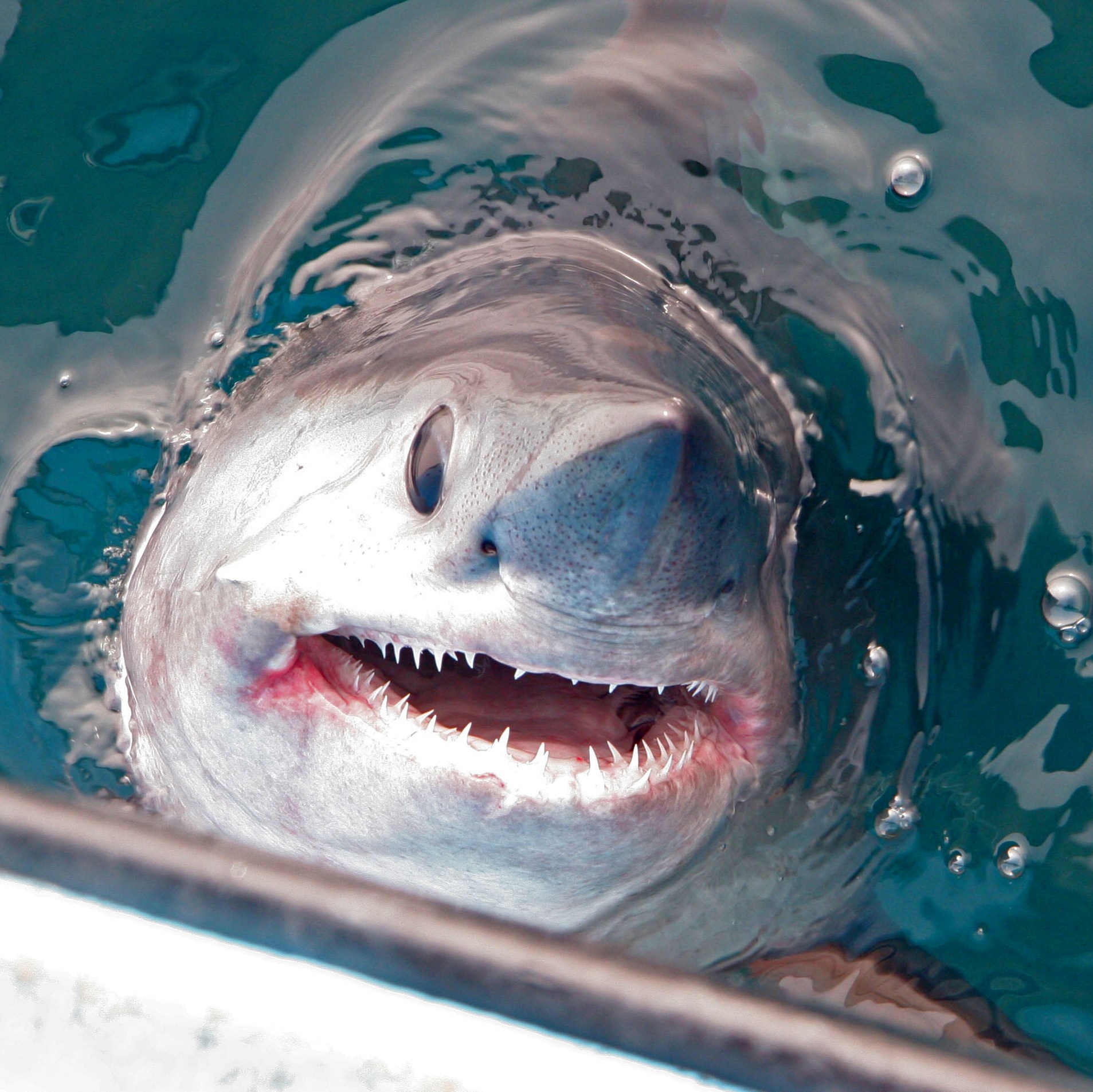 The percentage of open ocean shark species threatened with extinction is higher for the sharks taken in high-seas fisheries (52 percent), than for the group as a whole.

“Despite mounting threats, sharks remain virtually unprotected on the high seas,” says Sonja Fordham, Deputy Chair of the IUCN Shark Specialist Group and Policy Director for the Shark Alliance. “The vulnerability and lengthy migrations of most open ocean sharks mean they need coordinated, international conservation plans. Our report documents serious overfishing of these species, in national and international waters, and demonstrates a clear need for immediate action on a global scale.”

The report comes days before Spain hosts an international summit of fishery managers responsible for high seas tuna fisheries in which sharks are taken without limit. It also coincides with an international group of scientists meeting in Denmark to formulate management advice for Atlantic porbeagle sharks.

Porbeagle Sharks (Lamna nasus) are classified as globally Vulnerable, but Critically Endangered and Endangered in the Northeast and Northwest Atlantic, respectively. The Blue Shark (Prionace glauca), the world’s most abundant and heavily fished open ocean shark, is classified as Near Threatened.

Many open ocean sharks are taken mainly in high seas tuna and swordfish fisheries. Once considered only incidental “bycatch”, these species are increasingly targeted due to new markets for shark meat and high demand for their valuable fins, used in the Asian delicacy shark fin soup. To source this demand, the fins are often cut off sharks and the rest of the body is thrown back in the water, a process known as “finning”. Finning bans have been adopted for most international waters, but lenient enforcement standards hamper their effectiveness.

Sharks are particularly sensitive to overfishing due to their tendency to take many years to mature and have relatively few young. In most cases, pelagic shark catches are unregulated or unsustainable. Twenty-four percent of the species examined are categorized as Near Threatened, while information is insufficient to assess another 25 percent.

The report is based partially on an IUCN Shark Specialist Group workshop funded by the Lenfest Ocean Program. Fifteen experts from government agencies, universities, non-governmental organizations, and institutions around the world took part. This and other regional workshops have contributed to the development of the Shark Specialist Group’s Global Shark Red List Assessment, supported by Conservation International and the New Hampshire Charitable Foundation.

“The completion of this global assessment of pelagic sharks and rays will provide an important baseline for monitoring the status of these keystone species in our oceans,” says Roger McManus, Vice-President for Marine Programs at Conservation International.

Governments should invest in shark and ray research and population assessment, minimize incidental bycatch of sharks and rays, employ wildlife treaties to complement fisheries management and facilitate cooperation among countries to conserve shared populations, according to the group.

For more information, or to set up interviews, please contact:

These photographs may only be reproduced in connection with this story. Please contact sarah.horsley@iucn.org for more information

The Conservation Status of Pelagic Sharks and Rays

Fact Sheet on Findings of Report