Regional insecurity and oil industry activities in the Sahara desert have pushed the addax – a migratory species of desert-adapted antelope – to the very knife-edge of extinction according to a recent survey which found only three surviving in the wild. 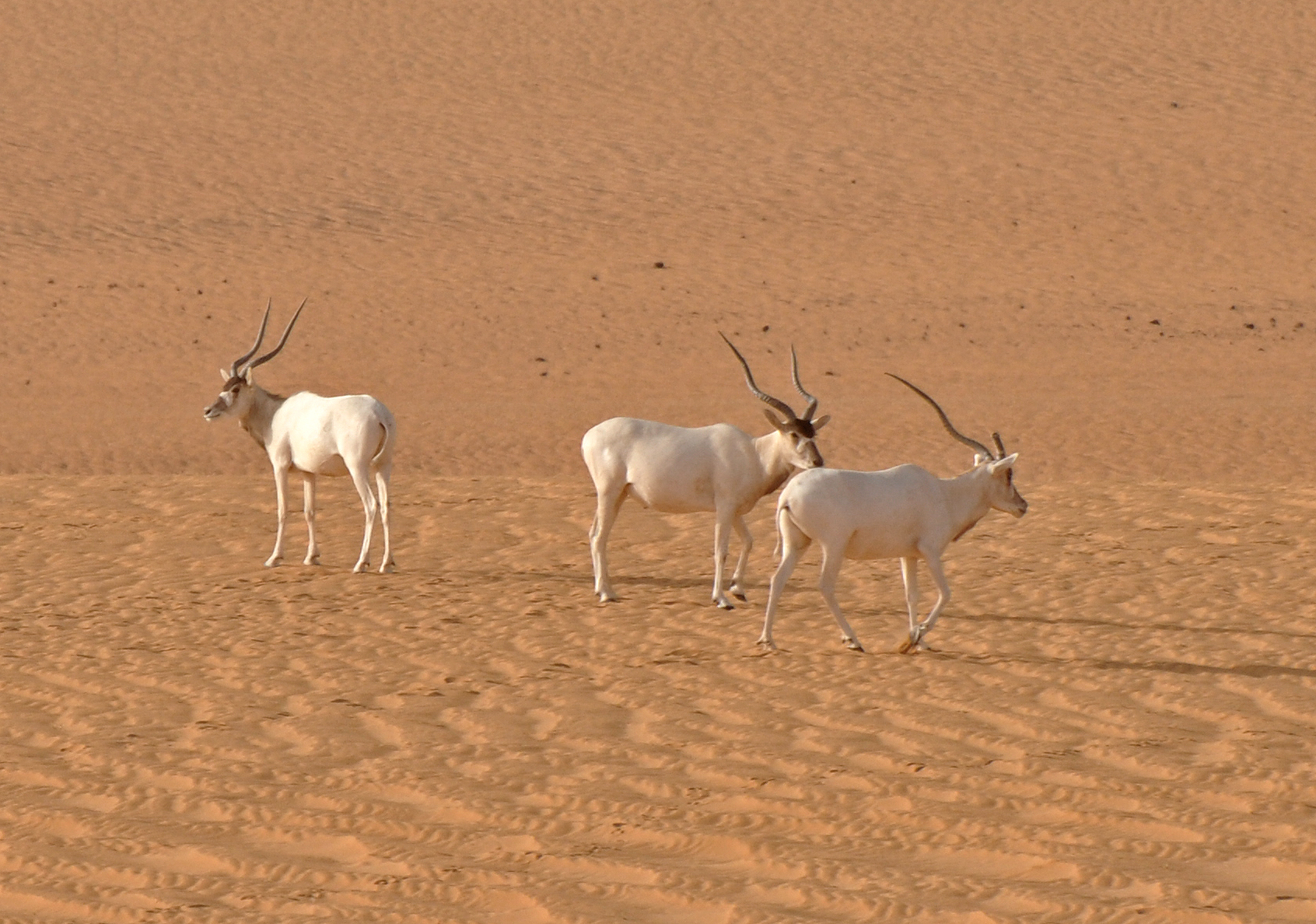 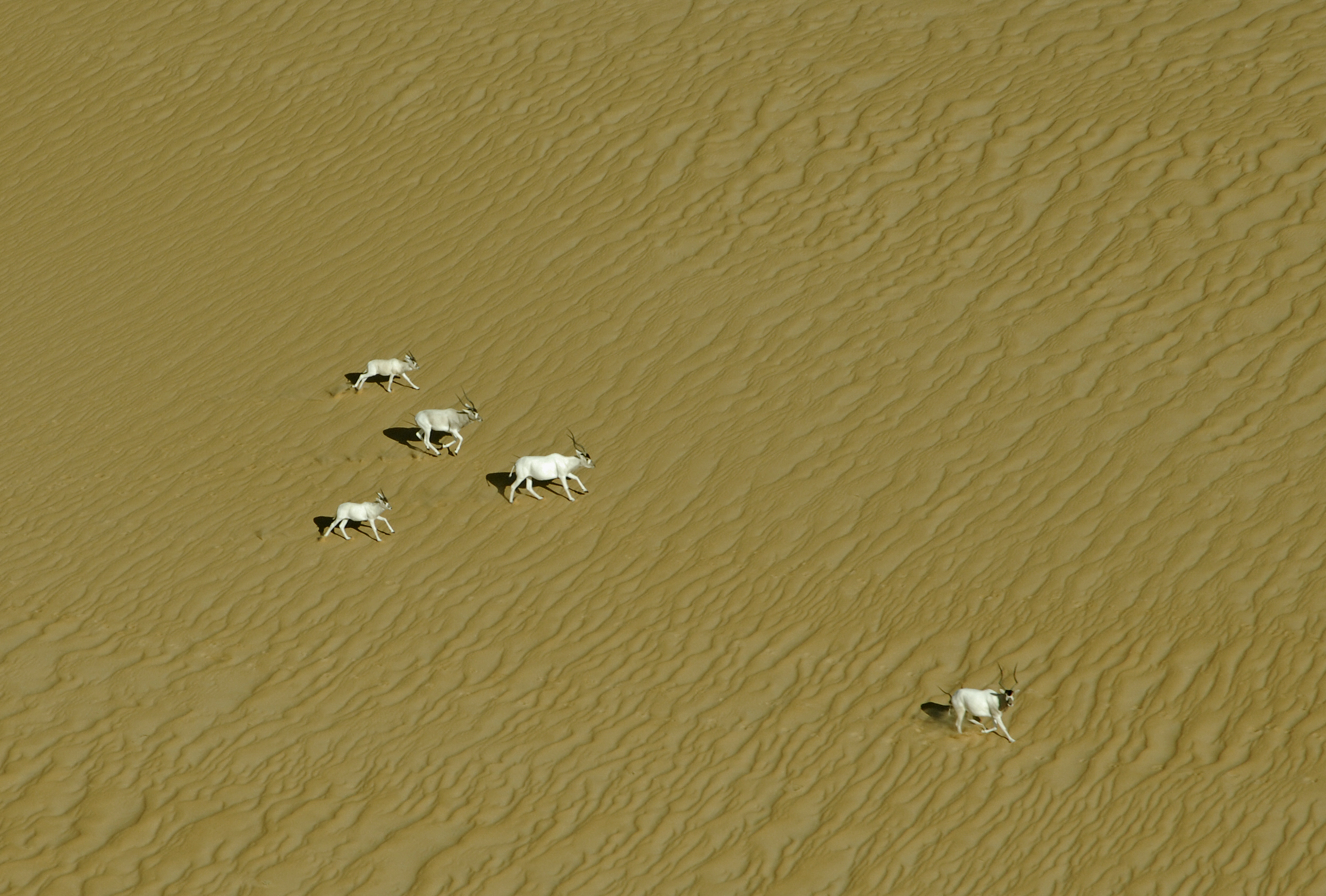 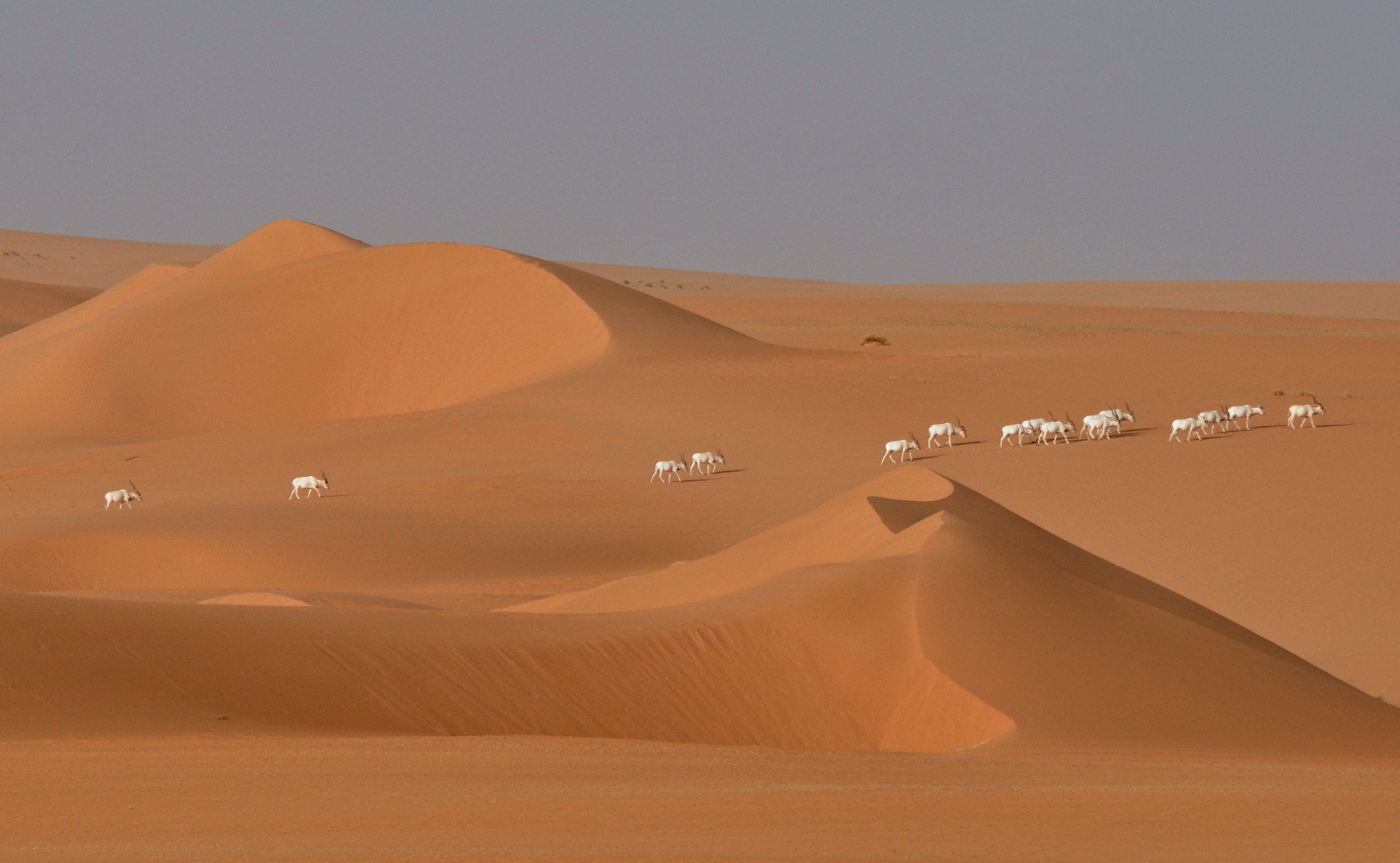 An extensive survey in March across key addax habitat identified just three remaining individuals, report experts from the International Union for Conservation of Nature (IUCN), two of its Members working in the region – the Sahara Conservation Fund (SCF) and the NGO Noé, as well as the Convention on Migratory Species (CMS).

National legislation in Niger fully protects the addax, meaning hunting and the removal of live addax for any reason are strictly forbidden. It is also protected under the Convention on Migratory Species (CMS) because historical habitat extends into neighbouring Chad.

Yet the addax has suffered massive disturbance from oil installations in Niger operated by the China National Petroleum Corporation (CNPC) and associated encroachment of desert-going lorries and bulldozers. Moreover, the assignment of military personnel to protect the oil industry means illegal hunting by soldiers has increased poaching levels considerably in its last remaining haven, and Africa’s largest protected area, the Termit & Tin-Toumma National Nature Reserve in eastern Niger.

Dr Jean-Christophe Vié, Deputy Director of IUCN Global Species Programme says: "We are witnessing in real time the extinction of this iconic and once plentiful species – without immediate intervention, the addax will lose its battle for survival in the face of illegal, uncontrolled poaching and the loss of its habitat. On behalf of all concerned parties we are recommending a set of emergency measures to help save the addax from imminent extinction.”

The measures proposed by the experts from the conservation groups include securing the remaining population of addax; stopping poaching by soldiers and engaging with CNPC to cooperate on preventing the extinction of the addax; as well as reinforcing the existing population through the introduction of captive-bred stock.

The increase in poaching also comes against a backdrop of escalating insecurity across the region. The collapse of Libya in 2011 saw an exodus of militia with arms and 4x4 vehicles to neighbouring countries into areas harbouring important wildlife populations. This also fuelled subsequent insurgencies in Mali and northern Nigeria which have added to the instability, and the formerly remote habitats of the addax have become major crossroads for the illicit trade of wildlife, arms, drugs and migrants.

Dr Thomas Rabeil of the Sahara Conservation Fund says: “Those with commercial interests in the desert could make important contributions to the protection of the addax by cooperating with the wildlife authorities and by adopting more sensitive practices, becoming stakeholders in the management of protected areas and by sharing sightings of these elusive animals with conservationists.”

The situation for the addax has deteriorated precipitously since 2010 when an initial round of surveys estimated the population at 200 animals. Since then, conservationists have designed a three-pronged action plan to stabilise the situation by locating the remaining addax and assessing their status. The plan aims to boost ongoing efforts to build the capacity of Niger’s wildlife service to protect the addax and manage the Termit & Tin Toumma Reserve in close collaboration with the local population. The third, critical part of the plan is to engage with the Niger authorities and Chinese business interests to bring poaching under control and minimise the impact of oil-related activities, especially on prime addax habitat.

Arnaud Greth, Chairman of Noé, says: “Working in coordination with the Ministry of Environment, Noé has focused on reinforcing the capacities of the Management Unit in the Termit & Tin Toumma Protected Area and supporting Niger’s conservation policy to strengthen addax conservation in the field. But human pressures are increasing faster than we can adapt given the current level of resource support for the Addax and the large distribution range of the addax in the largest terrestrial protected area in Africa.”

Extensive aerial and ground surveys funded in part by IUCN’s SOS – Save Our Species initiative and Saint Louis Zoo and performed by SCF during March 2016 indicated the addax was facing imminent extinction, however. Using cutting-edge Intelligence Reconnaissance and Surveillance (IRS) technologies, including infra-red capture and ultra-high resolution cameras capable of distinguishing species from the air, the survey covered more than 3,200 km of transects across key addax habitat using a C-208 Cessna Caravan aircraft hired from the Niger air force. Unfortunately, researchers could not identify one animal following 18 hours of flight time.

Meanwhile the ground team searched over 700 km of prime addax habitat and other areas where others had seen addax tracks during the previous six months. After following some tracks for over 10 km, the ground team confirmed sightings of one small group: three very nervous addax individuals.

Several species of antelope once occurred in large numbers across vast tracts of the Sahara desert and surrounding Sahelian grasslands. In the recent past, over a million Scimitar-horned oryx ranged across North Africa from the Atlantic to the River Nile for example. However, the species had disappeared from the wild by the 1990s because of uncontrolled hunting and loss of habitat. Now one more of its close relatives – the iconic addax – is perilously close to sharing that fate.