Mankind’s closest relatives – the world’s monkeys, apes and other primates – are disappearing from the face of the Earth, with some being literally eaten to extinction. 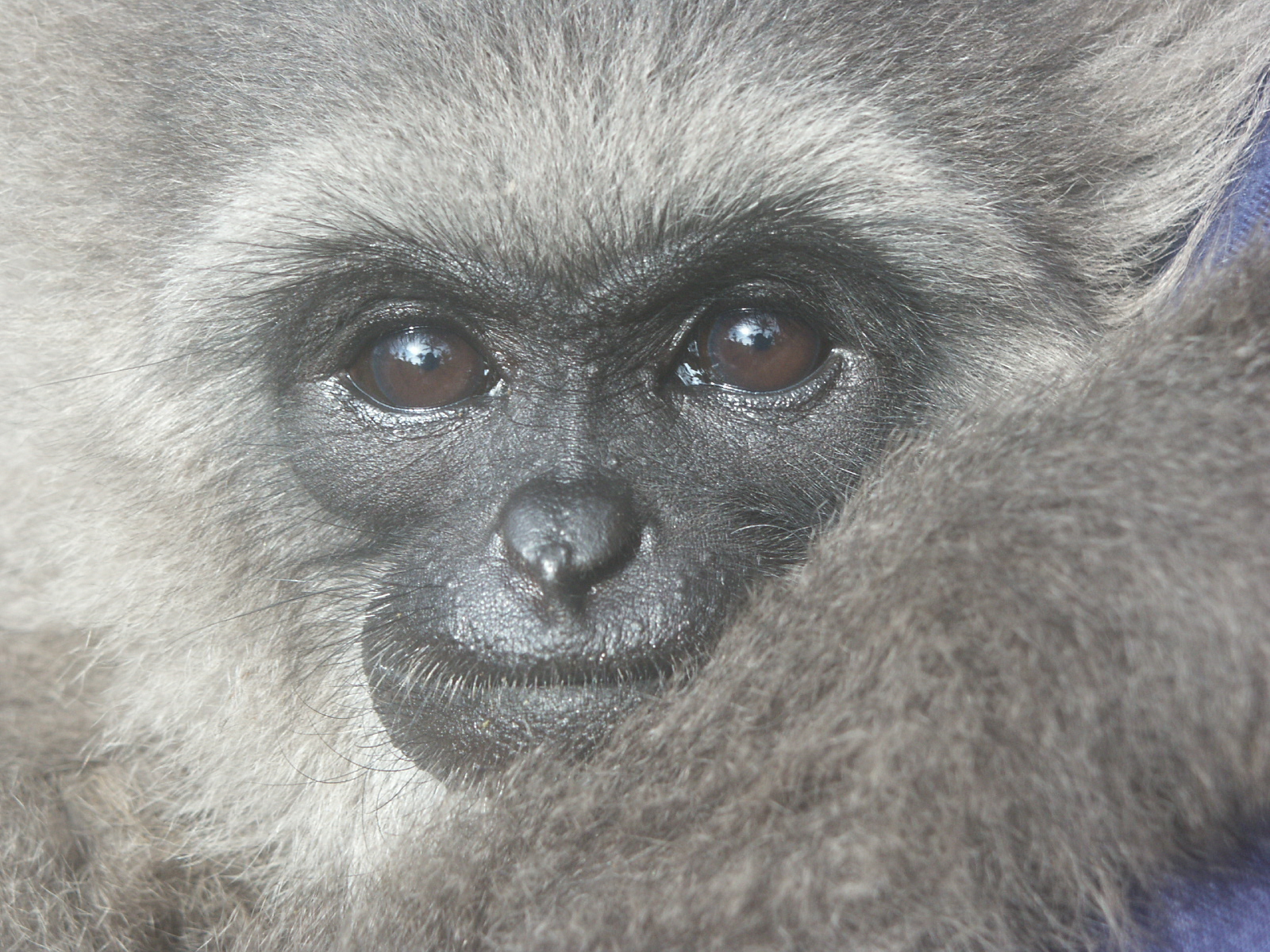 The first comprehensive review in five years of the world’s 634 kinds of primates found that almost 50 percent are in danger of going extinct, according to the criteria of the IUCN Red List of Threatened Species™.

Issued at the 22nd International Primatological Society Congress in Edinburgh, Scotland, the report by the world’s foremost primate authorities presented a chilling indictment on the state of primates everywhere. In Asia, more than 70 percent of primates are classified on the IUCN Red List as Vulnerable, Endangered or Critically Endangered – meaning they could disappear forever in the near future.

Habitat destruction, through the burning and clearing of tropical forests, which also emits at least 20 percent of the global greenhouse gases, is a major threat to primates. Other threats include the hunting of primates for food and an illegal wildlife trade.

“We’ve raised concerns for years about primates being in peril, but now we have solid data to show the situation is far more severe than we imagined,” said Russell A. Mittermeier, longtime chairman of the IUCN Species Survival Commission’s Primate Specialist Group and the president of Conservation International (CI). “Tropical forest destruction has always been the main cause, but now it appears that hunting is just as serious a threat in some areas, even where the habitat is still quite intact. In many places, primates are quite literally being eaten to extinction.”

The review funded by CI, the Margot Marsh Biodiversity Foundation, Disney’s Animal Kingdom and the IUCN is part of an unprecedented examination of the state of the world’s mammals to be released at the IUCN World Conservation Congress in Barcelona in October.

With the input of hundreds of experts worldwide, the primate review provides scientific data to show the severe threats facing animals that share virtually all DNA with humans. In both Vietnam and Cambodia, approximately 90 percent of primate species are considered at risk of extinction. Populations of gibbons, leaf monkeys, langurs and other species have dwindled due to rampant habitat loss exacerbated by hunting for food and to supply the wildlife trade in traditional Chinese medicine and pets.

“What is happening in Southeast Asia is terrifying,” said Jean-Christophe Vié, Deputy Head of the IUCN Species Programme. “To have a group of animals under such a high level of threat is, quite frankly, unlike anything we have recorded among any other group of species to date.”

Elsewhere, species from tiny mouse lemurs to massive mountain gorillas face challenges to survive. In Africa, 11 of the 13 kinds of red colobus monkeys assessed were listed as Critically Endangered or Endangered. Two may already be extinct: Bouvier’s red colobus (Procolobus pennantii bouvieri) has not been seen in 25 years, and no living Miss Waldron’s red colobus (Procolobus badius waldroni) has been seen by a primatologist since 1978, despite occasional reports that some still survive.

“Among the African species, the great apes such as gorillas and bonobos have always tended to grab the limelight, and even though they are deeply threatened, it is smaller primates such as the red colobus that could die out first," said IPS President Richard Wrangham.

As our closest relatives, non-human primates are important to the health of their surrounding ecosystems. Through the dispersal of seeds and other interactions with their environments, primates help support a wide range of plant and animal life in the world’s tropical forests. Healthy forests provide vital resources for local human populations, and also absorb and store carbon dioxide that causes climate change.

Meanwhile, scientists continue to learn more about primates and their role in the world. Since 2000, 53 species of primates previously unknown to science have been described – 40 from Madagascar, two from Africa, three from Asia and eight from Central and South America. In 2007, researchers found a long-rumored population of Critically Endangered greater bamboo lemurs (Prolemur simus) in Madagascar in a wetland 400 kilometers (240 miles) from the only other known home of the species. In total, the species numbers about 140 individuals in the wild.

Despite the gloomy assessment, conservationists point to a notable success in helping targeted species recover. In Brazil, the black lion tamarin (Leontopithecus chrysopygus) was downlisted to Endangered from Critically Endangered, as was the golden lion tamarin (Leontopithecus rosalia) in 2003, as a result of three decades of conservation efforts involving numerous institutions. Populations of both animals are now well-protected but remain very small, causing an urgent need for reforestation to provide new habitat for their long-term survival.

“If you have forests, you can save primates,” said Anthony Rylands, the deputy chair of the IUCN Primate Specialist Group. “The work with lion tamarins shows that conserving forest fragments and reforesting to create corridors that connect them is not only vital for primates, but offers the multiple benefits of maintaining healthy ecosystems and water supplies, while reducing greenhouse gas emissions that cause climate change.”

Researchers also considered reclassifying the mountain gorilla (Gorilla beringei beringei) to Endangered from Critically Endangered due to increasing populations in their only habitat – the protected mountain jungles of Rwanda, Uganda and Democratic Republic of Congo. However, the slayings of eight mountain gorillas in 2007 and continuing political turmoil in the region delayed the planned reclassification.

The IUCN Red List sets a series of criteria for a species to be categorized as threatened. In cases lacking the necessary information, the species can be listed as Data Deficient, which applied to nearly 15 percent of the primates in the new review. Many of those species, particularly newly discovered ones, are expected to eventually be classified as threatened.

For a list of the assessments of all primate species and subspecies as they will appear on the 2008 IUCN Red List of Threatened Species (www.iucnredlist.org) in October, please visit the website of the IUCN/SSC Primate Specialist Group (www.primate-sg.org)

Photos available at the following link:

Use Control + click to access the full link above, or paste the entire address as one line in your browser address field

The world's oldest and largest global environmental network, IUCN is a democratic membership union with more than 1,000 government and NGO member organizations, and almost 11,000 volunteer scientists and experts in some 160 countries. IUCN's work is supported by over 1,000 professional staff in 60 offices and hundreds of partners in public, NGO and private sectors around the world. IUCN's headquarters are located in Gland, near Geneva, in Switzerland. www.iucn.org.

The IUCN Species Programme supports the activities of the IUCN Species Survival Commission and individual Specialist Groups, as well as implementing global species conservation initiatives. It is an integral part of the IUCN Secretariat and is managed from IUCN’s international headquarters in Gland, Switzerland. The Species Program includes a number of technical units covering Species Trade and Use, Red List, Freshwater Biodiversity Assessment, (all located in Cambridge, UK), and the Global Biodiversity Assessment Initiative (located in Washington DC, USA). www.iucn.org/species

The International Primatological Society (IPS) was created to encourage all areas of non-human primatological scientific research, to facilitate cooperation among scientists of all nationalities engaged in primate research, and to promote the conservation of all primate species. The Society is organized exclusively for scientific, educational and charitable purposes. For more information about IPS, visit http://www.internationalprimatologicalsociety.org.