The latest update of the IUCN Red List of Threatened Species™ shows that 17,291 species out of the 47,677 assessed species are threatened with extinction. 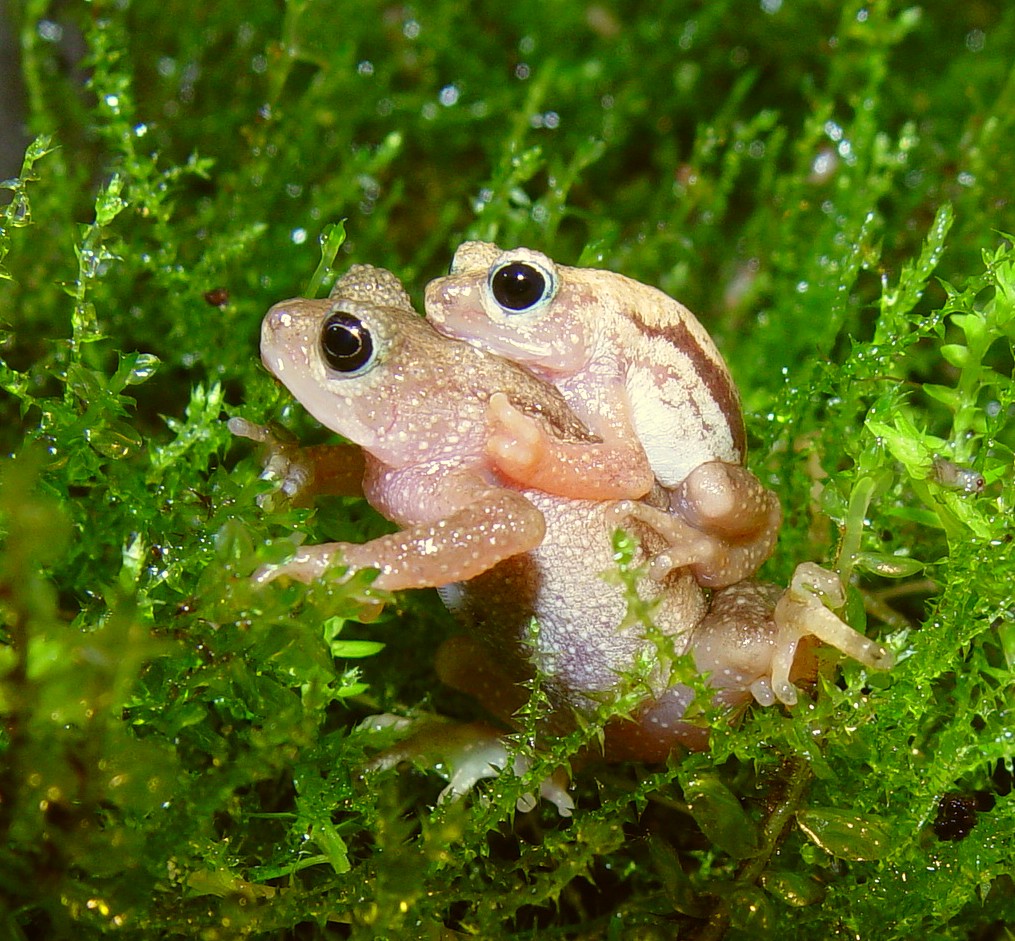 “The scientific evidence of a serious extinction crisis is mounting,” says Jane Smart, Director of IUCN’s Biodiversity Conservation Group. “January sees the launch of the International Year of Biodiversity. The latest analysis of the IUCN Red List shows the 2010 target to reduce biodiversity loss will not be met. It’s time for Governments to start getting serious about saving species and make sure it’s high on their agendas for next year, as we’re rapidly running out of time.”

Of the world’s 5,490 mammals, 79 are Extinct or Extinct in the Wild, with 188 Critically Endangered, 449 Endangered and 505 Vulnerable. The Eastern Voalavo (Voalavo antsahabensis) appears on the IUCN Red List for the first time in the Endangered category. This rodent, endemic to Madagascar, is confined to montane tropical forest and is under threat from slash-and-burn farming.

There are now 1,677 reptiles on the IUCN Red List, with 293 added this year. In total, 469 are threatened with extinction and 22 are already Extinct or Extinct in the Wild. The 165 endemic Philippine species new to the IUCN Red List include the Panay Monitor Lizard (Varanus mabitang), which is Endangered. This highly-specialized monitor lizard is threatened by habitat loss due to agriculture and logging and is hunted by humans for food. The Sail-fin Water Lizard (Hydrosaurus pustulatus) enters in the Vulnerable category and is also threatened by habitat loss. Hatchlings are heavily collected both for the pet trade and for local consumption.

“The world’s reptiles are undoubtedly suffering, but the picture may be much worse than it currently looks,” says Simon Stuart, Chair of IUCN’s Species Survival Commission. “We need an assessment of all reptiles to understand the severity of the situation but we don’t have the $2-3 million to carry it out.”

The IUCN Red List shows that 1,895 of the planet’s 6,285 amphibians are in danger of extinction, making them the most threatened group of species known to date. Of these, 39 are already Extinct or Extinct in the Wild, 484 are Critically Endangered, 754 are Endangered and 657 are Vulnerable.

The Kihansi Spray Toad (Nectophrynoides asperginis) has moved from Critically Endangered to Extinct in the Wild. The species was only known from the Kihansi Falls in Tanzania, where it was formerly abundant with a population of at least 17,000. Its decline is due to the construction of a dam upstream of the Kihansi Falls that removed 90 percent of the original water flow to the gorge. The fungal disease chytridiomycosis was probably responsible for the toad’s final population crash.

The fungus also affected the Rabb’s Fringe-limbed Treefrog (Ecnomiohyla rabborum), which enters the Red List as Critically Endangered. It is known only from central Panama. In 2006, the chytrid fungus (Batrachochytrium dendrobatidis) was reported in its habitat and only a single male has been heard calling since. This species has been collected for captive breeding efforts but all attempts have so far failed.

Of the 12,151 plants on the IUCN Red List, 8,500 are threatened with extinction, with 114 already Extinct or Extinct in the Wild. The Queen of the Andes (Puya raimondii) has been reassessed and remains in the Endangered category. Found in the Andes of Peru and Bolivia, it only produces seeds once in 80 years before dying. Climate change may already be impairing its ability to flower and cattle roam freely among many colonies, trampling or eating young plants.

There are now 7,615 invertebrates on the IUCN Red List this year, 2,639 of which are threatened with extinction. Scientists added 1,360 dragonflies and damselflies, bringing the total to 1,989, of which 261 are threatened. The Giant Jewel (Chlorocypha centripunctata), classed as Vulnerable, is found in southeast Nigeria and southwest Cameroon and is threatened by forest destruction.

Scientists also added 94 molluscs, bringing the total number assessed to 2,306, of which 1,036 are threatened. All seven freshwater snails from Lake Dianchi in Yunnan Province, China, are new to the IUCN Red List and all are threatened. These join 13 freshwater fishes from the same area, 12 of which are threatened. The main threats are pollution, introduced fish species and overharvesting.

There are now 3,120 freshwater fishes on the IUCN Red List, up 510 species from last year. Although there is still a long way to go before the status all the world’s freshwater fishes is known, 1,147 of those assessed so far are threatened with extinction. The Brown Mudfish (Neochanna apoda), found only in New Zealand, has been moved from Near Threatened to Vulnerable as it has disappeared from many areas in its range. Approximately 85-90 percent of New Zealand's wetlands have been lost or degraded through drainage schemes, irrigation and land development.

"Creatures living in freshwater have long been neglected. This year we have again added a large number of them to the IUCN Red List and are confirming the high levels of threat to many freshwater animals and plants. This reflects the state of our precious water resources. There is now an urgency to pursue our effort but most importantly to start using this information to move towards a wise use of water resources,” says Jean-Christophe Vié, Deputy Head of the IUCN Species Programme.

“This year’s IUCN Red List makes for sobering reading,” says Craig Hilton-Taylor, Manager of the IUCN Red List Unit. “These results are just the tip of the iceberg. We have only managed to assess 47,663 species so far; there are many more millions out there which could be under serious threat. We do, however, know from experience that conservation action works so let’s not wait until it’s too late and start saving our species now.”

The status of the Australian Grayling (Prototroctes maraena), a freshwater fish, has improved as a result of conservation efforts. Now classed as Near Threatened as ctes opposed to Vulnerable, the population has recovered thanks to fish ladders which have been constructed over dams to allow migration, enhanced riverside vegetation and the education of fishermen, who now face heavy penalties if found with this species.

The latest review of the IUCN Red List, “Wildlife in a Changing World: an analysis of the 2008 IUCN Red List of Threatened Species” can be downloaded here: https://www.iucn.org/about/work/programmes/species/red_list/review/

NB: Not all species on the IUCN Red List are threatened. There are now more species on the IUCN Red List. This means that the overall percentage of threatened species has gone down by two percent. This is not because the status of the world’s biodiversity is improving, but because we have assessed more species. In the past, Red List assessments often focused on species that were already thought to be threatened, but as the Red List grows to include more complete assessments across entire groups, we are beginning to have a better idea of the relative proportion of species which are threatened against those which are not threatened.

IUCN is the world’s oldest and largest global environmental organization, with more than 1,000 government and NGO members and almost 11,000 volunteer experts in some 160 countries. IUCN’s work is supported by over 1,000 staff in 60 offices and hundreds of partners in public, NGO and private sectors around the world.

The IUCN Red List of Threatened Species (or The IUCN Red List) is the world’s most comprehensive information source on the global conservation status of plant and animal species. It is based on an objective system for assessing the risk of extinction of a species should no conservation action be taken.

The IUCN Red List is not just a register of names and associated threat categories. It is a rich compendium of information on the threats to the species, their ecological requirements, where they live, and information on conservation actions that can be used to reduce or prevent extinctions.

About the IUCN Species Survival Commission (SSC) and Species Programme

Click on the photos below for high resolution versions. Please note these photos may only be reproduced in connection with a story on this press release.