Dive into the oceans with Google Earth

Very little is known about oceans. That’s why very little - less than one percent - of the Earth’s oceans are protected, compared to 12 percent of the land surface. ‘Ocean in Google Earth’, launching today, lets virtual voyagers find out what marine species live where and discover marine protected areas, one of the best tools for protecting our oceans. 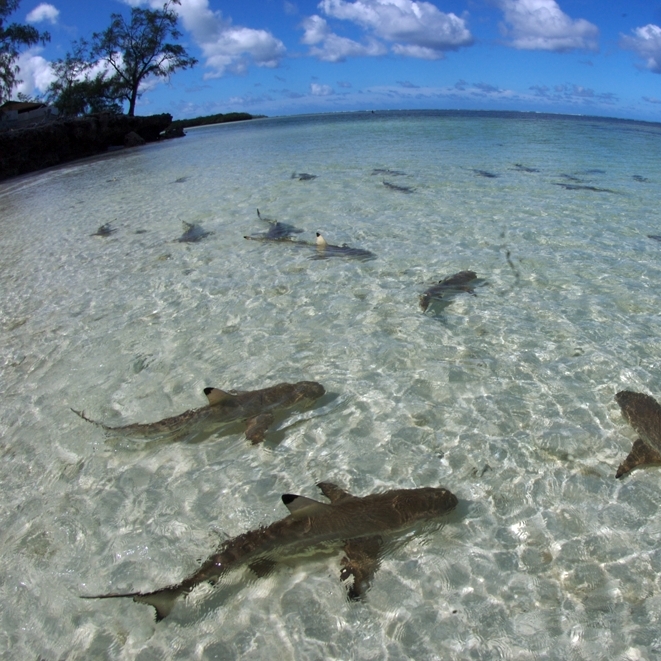 Internet users can now travel in 3D through the vast and largely unknown underwater world of the planet’s oceans, allowing visitors to fly over and around underwater seamounts or follow scientific research expeditions as they mine the depths of the oceans for new species and discoveries.

For ‘Ocean in Google Earth’, IUCN, one of the key collaborators in this Google project, created the marine protected area layer, which contains information on over 4,500 protected sites spread around the globe. Be it the Great Barrier Reef, the three recently established US Marine National Monuments in the Pacific, or Galapagos World Heritage site – anybody can now dive in and explore the natural beauty, learn what threats these protected areas face and find out what they can do to help.

“Up until now 70 percent of the planet has been hidden from sight, but that all changes today as Google and organizations like IUCN bring these unseen treasures to our desktops,” says Julia Marton-Lefèvre, IUCN Director General and member of the Council of Advisors to develop ‘Ocean in Google Earth’. “While on other maps all you see of the oceans is a blue surface, here you can see that Hawaii is actually the top of a massive undersea mountain and take a breathtaking three-dimensional flight over its underwater peaks and troughs.”

“With ‘Ocean in Google Earth’ everybody can see the unbelievable beauty of our marine life – and how incredibly threatened it is. We hope this major technological innovation will get the public more involved in marine conservation and encourage governments and businesses to stop driving ocean species to extinction,” says Carl Gustaf Lundin, Head of the IUCN Global Marine Programme.

The Marine Protected Area layer of ‘Ocean in Google Earth’ is also conceived as an interactive tool that anybody can contribute to.

“Now anybody can share pictures and other information about oceans with hundreds of millions of people. All you need to do is add your own data, pictures and videos to the companion site www.protectplanetocean.org. It’s there where we’re building the world’s only user-driven interactive multimedia map of how we’re protecting our seas – the marine protected area layer on Google Earth,” says Dan Laffoley, Marine Vice Chair of IUCN’s World Commission on Protected Areas and another member of Google’s Council of Ocean Advisors.

Notes to editors
1. Ocean in Google Earth. Google is launching a new version of Google Earth which will include multimedia content for ocean areas for the first time, as well as other new enhancements to Google Earth.

2. To access Ocean in Google Earth (from 10.00am PST, 02 February):
• Download new version of Google Earth (free) from http://earth.google.com
• Click on Ocean in navigation panel on left side of page to view built-in layers, including the Marine Protected Area (MPA) layer

4. The companion website www.protectplanetocean.org, the global web portal for ocean conservation, was developed by IUCN and its partners (see About Us page on website for full list) to complement the Marine Protected Area layer in ‘Ocean in Google Earth’. It provides an easy-to-use interface for people from around the world to upload their own photos, videos and stories about our oceans. The content uploaded will be included in the Google Earth Marine Protected Area layer, meaning that users can directly contribute to the world’s first multimedia map of our oceans.

5. To get a preview of sites available on the Google Earth Marine Protected area layer:

IUCN, the International Union for Conservation of Nature, helps the world find pragmatic solutions to our most pressing environment and development challenges by supporting scientific research; managing field projects all over the world; and bringing governments, NGOs, the UN, international conventions and companies together to develop policy, laws and best practice.
The world's oldest and largest global environmental network, IUCN is a democratic membership union with more than 1,000 government and NGO member organizations, and almost 11,000 volunteer scientists and experts in some 160 countries. IUCN's work is supported by over 1,000 professional staff in 60 offices and hundreds of partners in public, NGO and private sectors around the world. IUCN's headquarters are located in Gland, near Geneva, in Switzerland.

About the World Commission on Protected Areas

The World Commission on Protected Areas (WCPA) is the world's premier network of protected area expertise. It is administered by IUCN's Programme on Protected Areas and has over 1,400 members, spanning 140 countries. www.iucn.org/wcpa