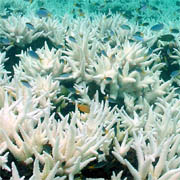 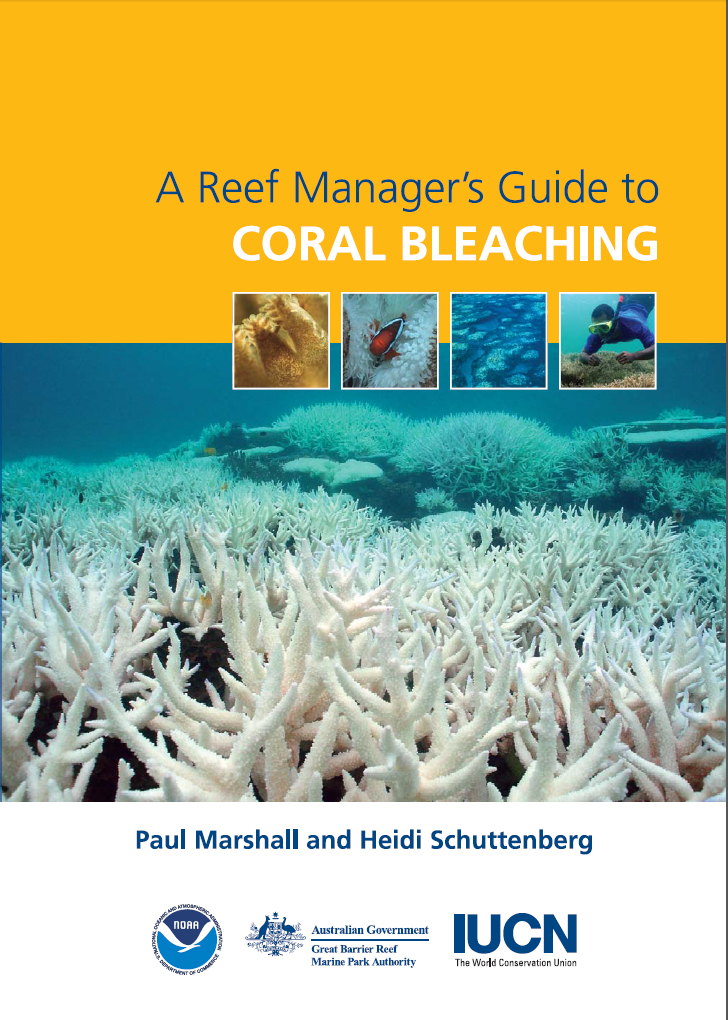 The biological diversity and productivity of coral reefs underpins the welfare of many societies throughout the world's tropical regions. Coral reefs form the foundation of dive tourism industries, support fisheries and are important to cultural traditions.They play an essential role in buffering coastal communities from storm waves and erosion, and they contain a largely untapped wealth of biochemical resources.Tens of millions of people depend upon reefs for all or part of their livelihood1, and over a billion people rely on reef-related fisheries worldwide.

With coral reefs providing such essential services to humans, the prospect of their continued widespread degradation is of concern. Pollution, habitat destruction, disease and unsustainable fishing have now led to declines in reef condition throughout the world. Against this backdrop of conventional stresses, the threat of mass coral bleaching has recently emerged, leading to what has been widely acknowledged as a 'coral reef crisis'.

Mass coral bleaching has affected hundreds to thousands of kilometres of reefs simultaneously. It has caused stress, and in many cases extensive coral mortality, to nearly every coral reef region. In 1997-98 alone, mass bleaching is estimated to have caused over 90 per cent coral mortality to 16 per cent of the world's coral reefs.

While strong initial signs of recovery have been observed in some locations, many will take decades to fully recover. Scientists agree that tropical seas will continue to warm over coming decades, increasing both the probability and severity of mass bleaching events. These scenarios pose particular challenges to coral reef managers, not the least because the main cause of mass coral bleaching–anomalously warm sea temperatures–is largely beyond their control.Yet, managers can play a critical role in helping reefs survive the threat of coral bleaching. Managers are in a unique position to increase our understanding of the phenomenon of coral bleaching, to take meaningful action during a bleaching event, and to develop strategies to support the natural resilience of reefs in the face of long-term changes in climate.

Because of increasingly strong collaborations between reef managers and scientists, strategies are being developed to directly address the threat of coral bleaching. Management needs and preliminary strategies were first documented in 2000, when the IUCN published Management of Bleached and Severely Damaged Coral Reefs. In 2002, the US Coral Reef Task Force called for a collaborative effort to identify actions local managers could take to address the impacts of climate change and mass bleaching on coral reefs. In response, three US government agencies (the National Oceanic and Atmospheric Administration, Environmental Protection Agency, and the Department of the Interior) convened an international workshop entitled 'Coral Reefs, Climate Change and Coral Bleaching' in June 2003. This workshop significantly advanced thinking about the strategies that could support managers in their efforts to respond to coral bleaching.

Around the globe efforts have now begun to improve the prospects of coral reefs by: (1) identifying resilient areas and enhancing their protection, such as in Palau; and (2) implementing strategies to support ecosystem resilience. The Australian Government has implemented strategies to improve the protection of Australia’s Great Barrier Reef, including an integrated catchment management scheme and a new comprehensive zoning plan that protects unique areas and biodiversity, and includes 33% of the Great Barrier Reef in no-take areas. Further initiatives to build resilience principles into practical management of coral reefs and other marine ecosystems are under way, including efforts in Florida, USA.

This guide builds on these recent initiatives by bringing together the latest scientific knowledge and management experience to assist managers in responding effectively to mass coral bleaching events. It synthesises science and management information, explores emerging strategies, and informs the ways managers deal with the complex human dimensions of these issues. Importantly, this guide is designed to provide pragmatic, science-based suggestions for adaptive management in this time of change.We commend it to reef managers worldwide, and hope that the experience of implementing the ideas within will further advance scientific knowledge and the practice of coral reef management.