Founded in 1948, IUCN has become the global authority on the status of the natural world and the measures needed to safeguard it. The knowledge, tools and platforms IUCN provides are critical for ensuring that societies, economies and nature can thrive together.

IUCN (International Union for Conservation of Nature) was established on 5 October 1948 in the French town of Fontainebleau. As the first global environmental union, we brought together governments and civil society with a shared goal to protect nature. Our aim was to encourage international cooperation and provide scientific knowledge and tools to guide conservation.

During our first decade, IUCN’s primary focus was to examine the impact of human activities on nature. We flagged the damaging effects of pesticides and promoted the use of environmental impact assessments, which have since become the norm for many sectors and industries.

Much of IUCN’s subsequent work in the 1960s and 1970s was devoted to the protection of species and the habitats necessary for their survival. In 1964, IUCN established the IUCN Red List of Threatened Species™, which has since evolved into the world’s most comprehensive data source on global extinction risk.

IUCN was fundamental to the creation of key international conventions including the Ramsar Convention on Wetlands (1971), the World Heritage Convention (1972), the Convention on International Trade in Endangered Species (1974), and the Convention on Biological Diversity (1992). In 1980, IUCN, the UN Environment Programme (UNEP) and the World Wildlife Fund (WWF) published the World Conservation Strategy which helped define the concept of ‘sustainable development’ and so shaped the global agenda. A subsequent version of the strategy, Caring for the Earth, was published by the three organisations in the run-up to the 1992 Earth Summit. It served as the basis for international environmental policy and guided the creation of the Rio Conventions on biodiversity (CBD), climate change (UNFCCC) and desertification (UNCCD).

In the early 2000s, we developed our business engagement strategy. Prioritising sectors with a significant impact on nature and livelihoods, such as mining and oil and gas, our aim remains to ensure that any use of natural resources is equitable and sustainable. Later in the 2000s, IUCN pioneered Nature-based Solutions: actions to conserve nature which also address global challenges such as food and water security, climate change and poverty. Today, with the expertise and reach of more than 1,400 Member organisations and over 18,000 international experts, IUCN is the world’s largest and most diverse environmental network. We continue to champion Nature-based Solutions as key to the implementation of international agreements such as the Paris Agreement on climate change and the UN’s Sustainable Development Goals. 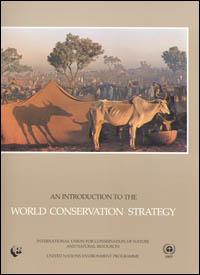 Publication
|
EN
An introduction to the World Conservation Strategy 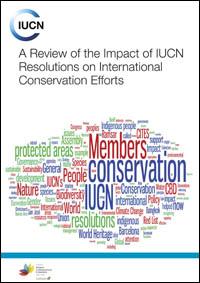