The rights of Indigenous women in the Post-2020 Biodiversity Framework

Indigenous women play an important role in the conservation of biological diversity and, correlatively, are severely affected by its loss. Therefore, their visibility and their full and effective participation in the new post-2020 Global Biodiversity Framework and Gender Plan is imperative. 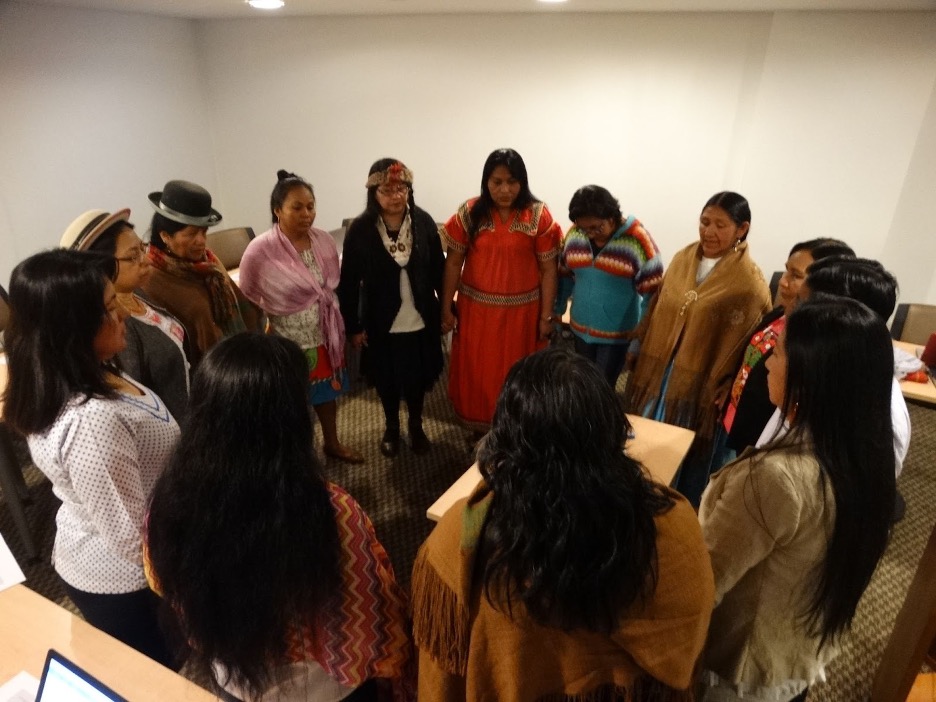 Undoubtedly, indigenous peoples are an essential actor in the conservation of the planet's biological diversity.  Without ignoring the role of the collective, it is important to highlight that indigenous women play an important role in conservation. Various reports and studies have shown that "Indigenous women are the guardians of a collective body of scientific knowledge and technical skills related to food and agriculture, health and medicine, natural resource management, weather patterns, language, weaving, arts, crafts and spiritual practices" (a).  Similarly, it is documented that the role of indigenous women is critical in the fight against climate change.

Correlatively, indigenous women are severely affected by the loss of diversity, which also affects the transmission of knowledge to younger generations, and thus culture.  This situation is aggravated by factors such as patriarchalism, machismo, classism and racism, which in turn are generating different forms of violence and discrimination against indigenous women.

However, indigenous women not only play a role in the family and community environment, but have also stood out as authorities and leaders, defenders of the rights of their people and of Mother Earth, which has led to several women leaders being assassinated or suffering other situations of violence.

Instruments such as General Recommendation 39 of the CEDAW recognise the close relationship of indigenous women with the territory and their key role as bearers of knowledge and transmitters of their culture. However, they also highlight the intersectional discrimination faced by indigenous women and girls.(c)

Notwithstanding all of the above, indigenous women have not, to date, been evidenced in the draft of the new post-2020 Global Framework for Biodiversity (GBFM), as they are not mentioned in the generality of Indigenous peoples, nor are they mentioned in the generality of women.  The same is true of the draft Gender Plan, for while, on the one hand, this document recognises that indigenous women and girls are integrally involved in conservation and that they are subject to discrimination, on the other hand, it states that in order to make the document easier to read, no specific references to indigenous women and girls are included. However, with this type of formulas that pretend to be general, for practical purposes, diversity is being ignored and the different forms of discrimination and violence to which they are subjected are being perpetuated.

In order to advance in the recognition of the human rights of indigenous women in relation to conservation, it is necessary to understand that, although almost all women suffer discrimination and violence, there are sectors of women who suffer the most, and therefore, the vindication of women's rights must start from the recognition of difference and diversity, and in this case, the role that each one plays in conservation, from her specific place.

Based on the above and also on the recommendations of the Special Rapporteur on the rights of indigenous peoples and the recently approved General Recommendation number 39 of the CEDAW, it is advisable to Indigenous women of the RMIB-LAC, gathered in Panama in July of 2019

Credit: Photo archive of the RMIB-LAC 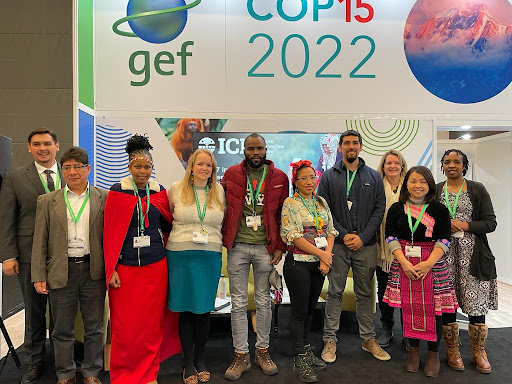 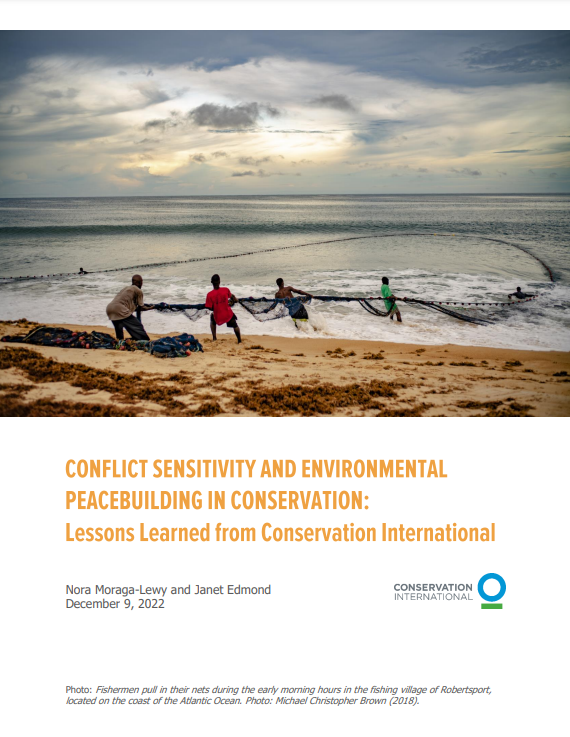 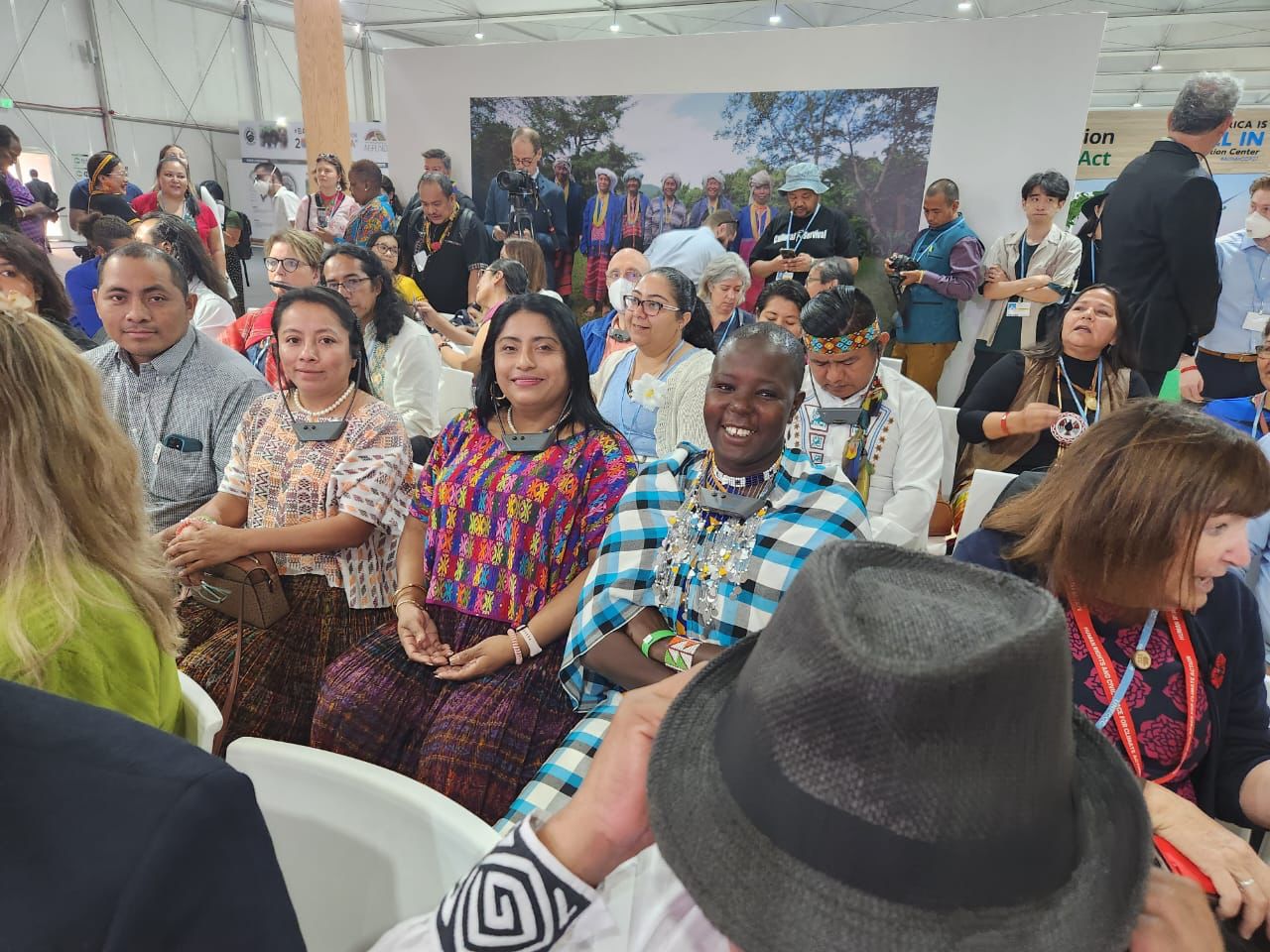 In November, all along the busy maze of pavilion buildings in Sharm el Sheik, an estimated 45,000…