Prof. Bugge and Justice Benjamin received the recognition during the closing ceremony of the IUCN WCEL 2022 Oslo International Environmental Law Conference, held in October at the University of Oslo. 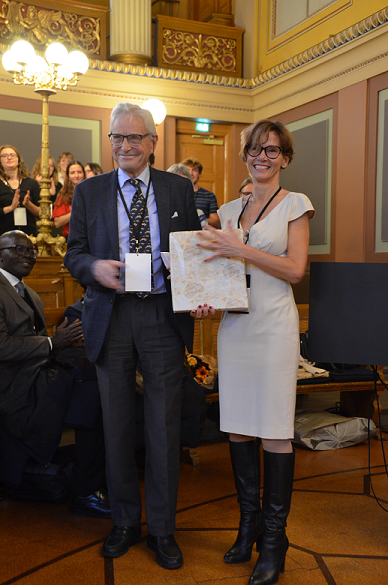 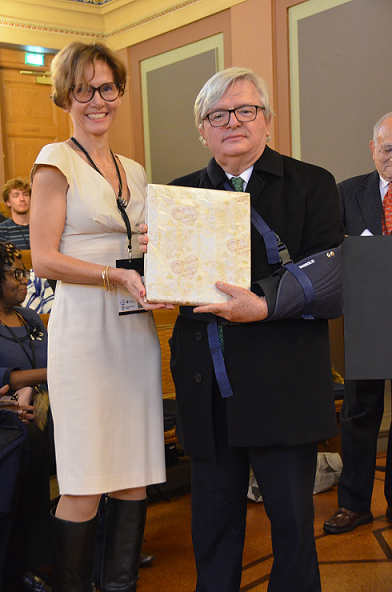 Hans Christian Bugge is professor of environmental law at the Department of Public International Law at the University of Oslo, since 1998. He holds a doctorate in Regional Planning from the University of Paris, as well as another doctorate from the University of Oslo. Before joining academia in 1991, he had various senior positions as a civil servant in Norway's, by then, recently established Ministry for the Environment (from 1972 to 1982). He was among other things Deputy-Director for the Department for Pollution Control, Director General of Norway's Pollution Control Authority and Director General of the Department for Urban and Regional Planning.

Prof. Bugge has also worked extensively on development issues from 1982 to 1991. He was Secretary General of Redd Barna (Save the Children Norway), which was focusing on development rights and human rights projects in Asia, Africa and Central-America. In 1986 and 1987 he served as State Secretary Deputy Minister for Development Corporation and personal adviser to Prime Minister Gro Harlem Brundtland in her work as Chair of the World Commission on Environment and Development. We owe Prof. Bugge the definition of sustainable development: "meeting the needs of the present without compromising the ability of future generations to meet their own needs".

After being introduced by IUCN WCEL Chair Christina Voigt, Prof. Bugge indicated the exponential development of environmental law and, at the same time, the exponential development of environmental problems and degradation. Therefore, he asked: "Where would we have been without environmental law?". In addition, based on the work of the Brundtland Commission, he advised the attendees: “Attack the sources. In order to obtain sustainable development, you have to get at the sources. Then you can deal with the effects. But you have to go to the sources to solve the problem.”

Antonio Herman Benjamin received his LL.B. from the Federal University of Rio de Janeiro, his LL.M. from the University of Illinois and his PhD from the Federal University of Rio Grande do Sul. He is the founder and emeritus editor-in-chief of the Brazilian Consumer Law Review and the Brazilian Environmental Law Review. He has co-drafted several major Brazilian statutes, including the 1990 Consumer Protection Code, the 1992 Anti-Corruption Act, the 1994 Competition Act, the 1998 Crimes Against the Environment Act, the 2012 Forest Code, the 2006 Forest Concession Act and the 2006 Atlantic Forest Act.

He has served as Justice of the National High Court of Brazil (STJ) when, in 2006, he was appointed by President Luiz Inácio Lula da Silva. At the international level, Justice Benjamin served as Co-Chair of the International Network for Environmental Compliance and Enforcement (INECE) and President of the Environmental Committee of the Summit of Chief Justices of Ibero-America, Chair of IUCN WCEL and Secretary- General of the International Advisory Council for Environmental Justice for the United Nations Environment Programme (UNEP). He is the lead founder of the Global Judicial Institute on the Environment (GJIE), the organization that brings together Supreme Court Justices and Judges from around the world who work on emerging issues in environmental law.