By Irum Ahsan, Gregorio Rafael P. Bueta, and Briony Eales - The Asian Development Bank (ADB), in partnership with the Supreme Court of the Union of Myanmar and the United Nations Environment Programme (UN Environment), hosted the Asia Pacific Judicial Conference on Environmental and Climate Change Adjudication on 29–30 October 2018 in Nay Pyi Taw, Myanmar. 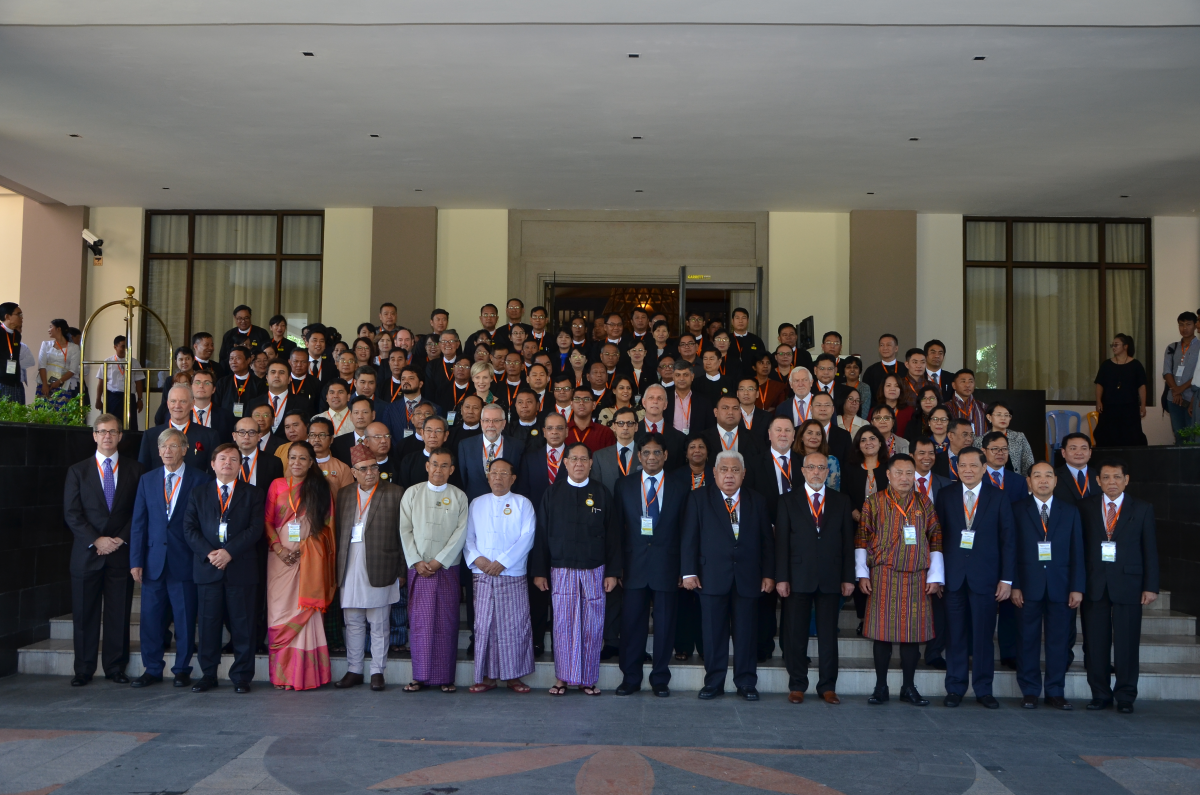 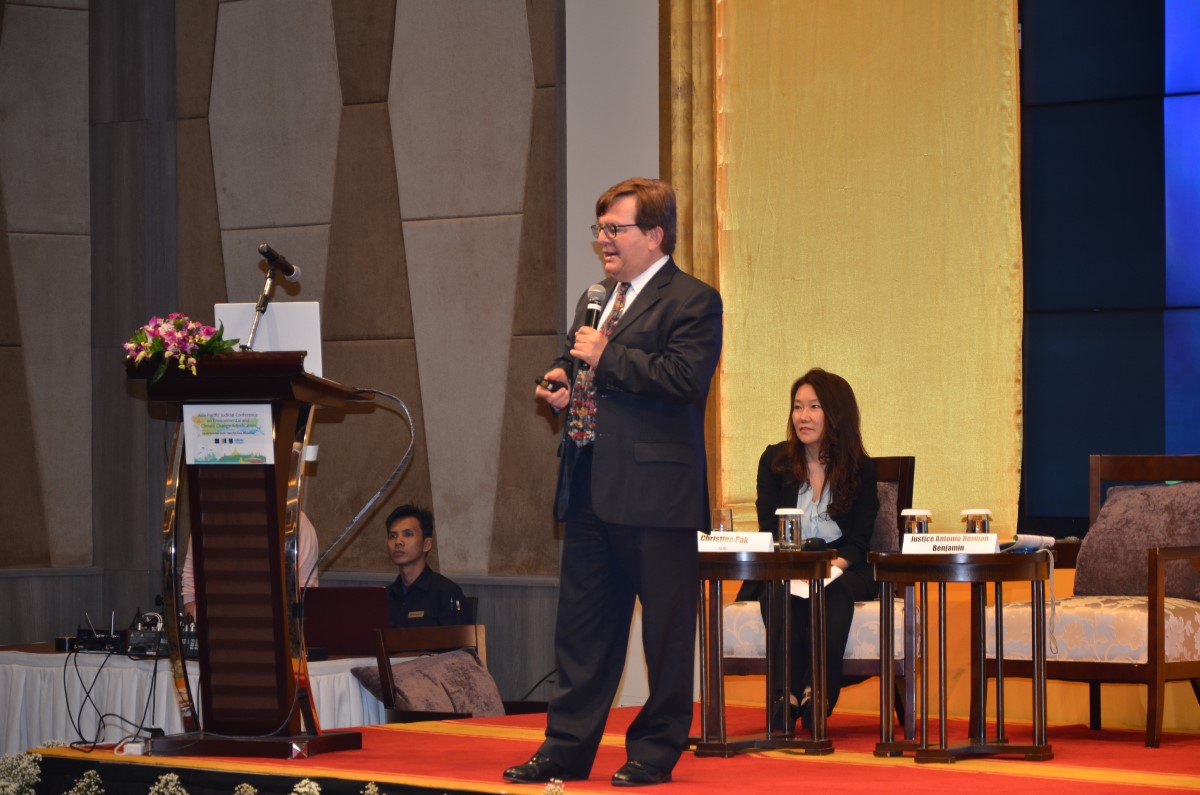 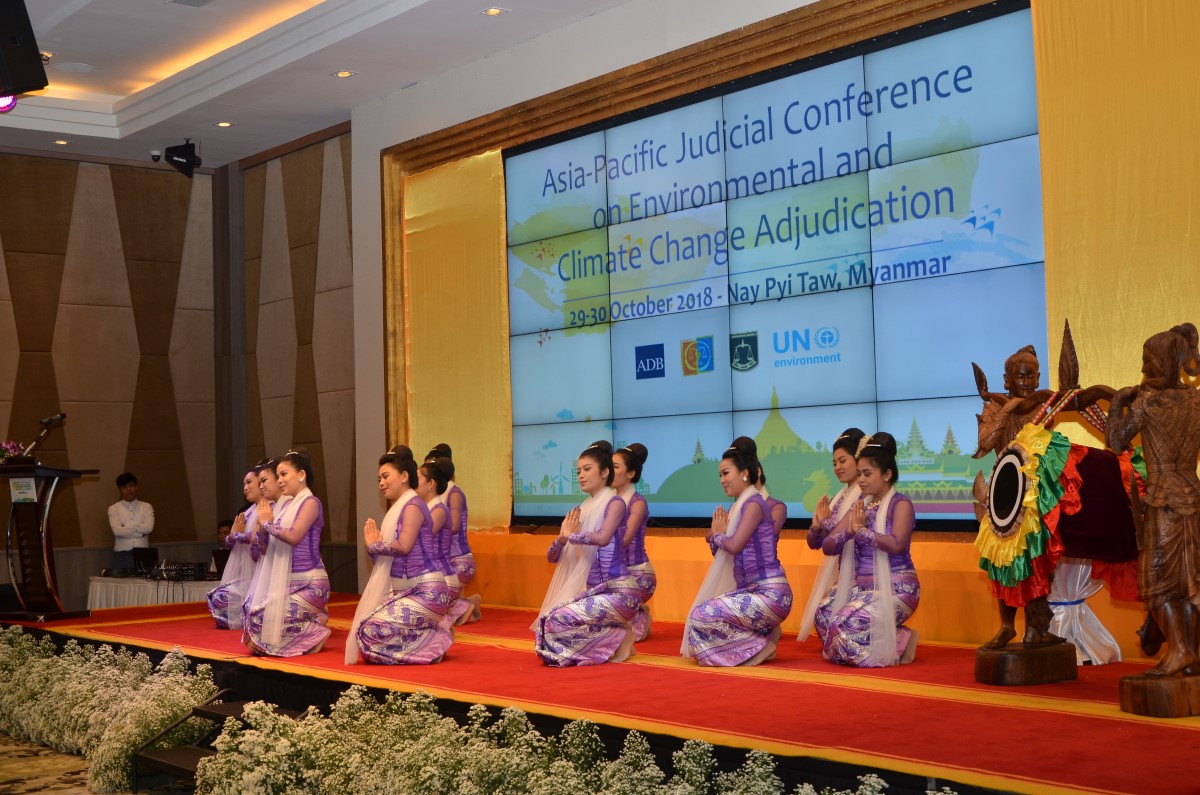 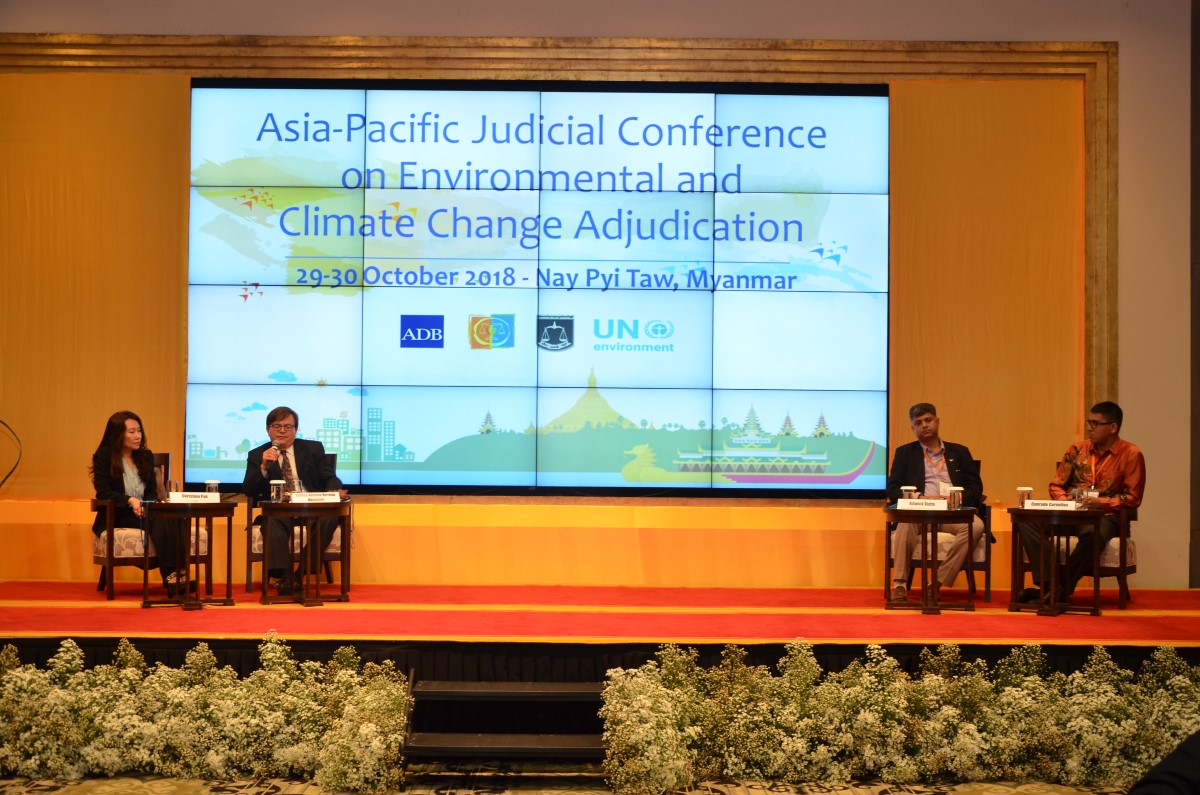 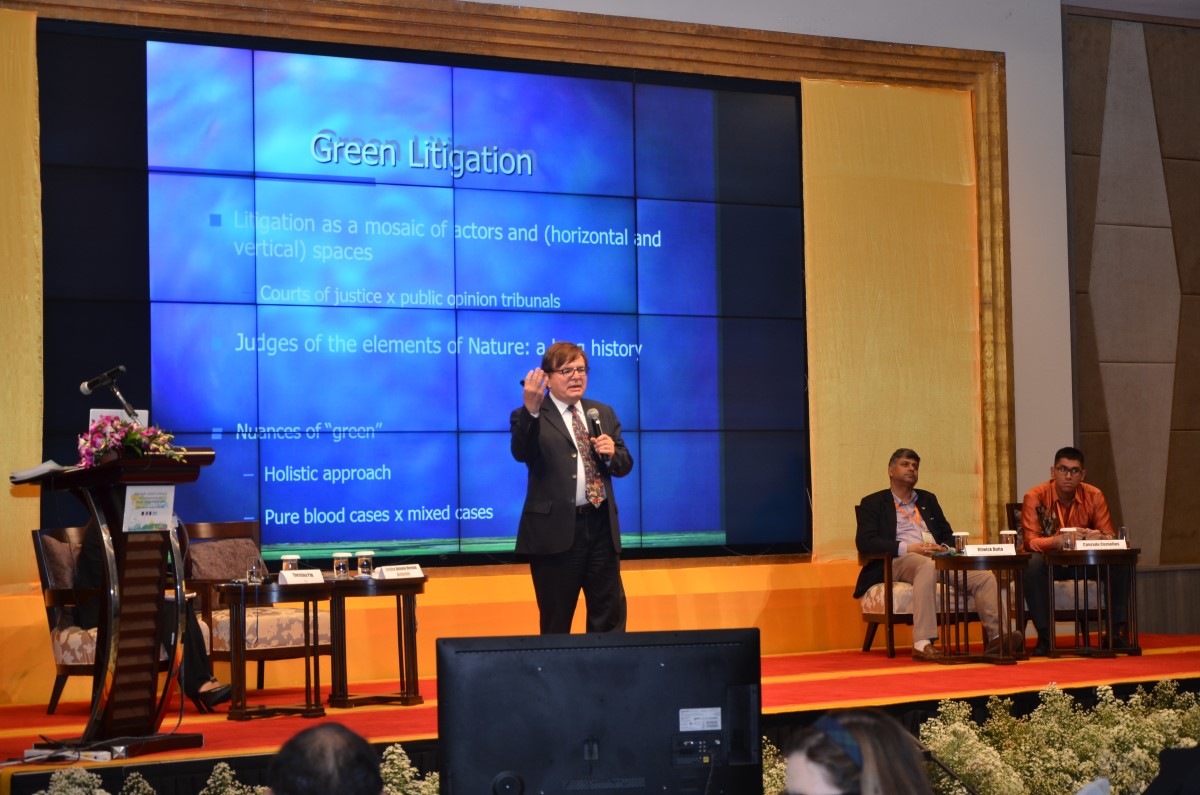 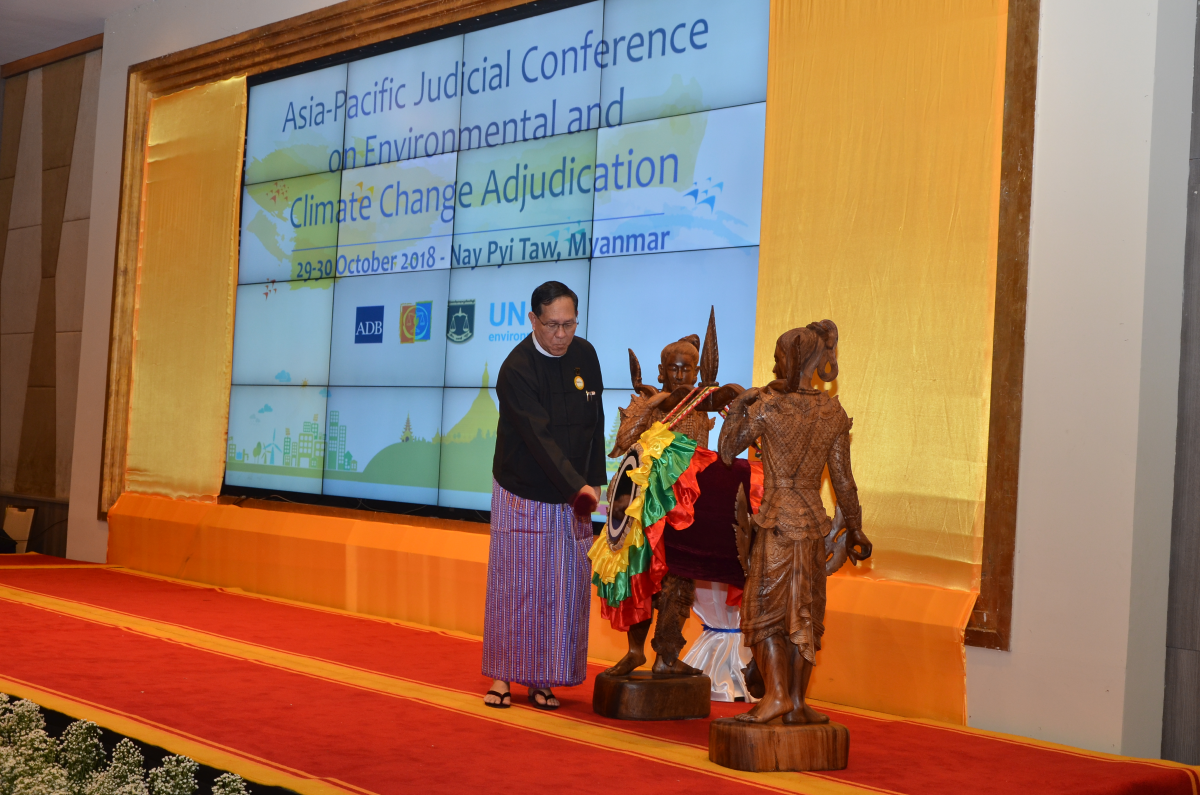 The Asia Pacific Judicial Conference on Environmental and Climate Change Adjudication was a continuation of the annual judicial and chief justices’ conferences organized in the ASEAN and SAARC regions since 2011 under the banner of the Asian Judges Network on Environment (AJNE). For the first time, judges from South Asia, Southeast Asia, and Pacific came together to discuss pressing environmental and climate change issues. Judges learned about solutions and success stories to environmental challenges from around the world and explored their role in the age of climate change litigation. The event was supported by the Global Judicial Institute on the Environment, the IUCN World Commission on Environmental Law, and LexisNexis, Inc.

ADB’s engagement with judiciaries began in 2010 at the first Asian Judges Symposium on Environment held in Manila. Approximately 120 senior judges, government officials, legal practitioners, and environmental advocates gathered to discuss improving environmental protection and law enforcement. Judges advocated for the creation of a judges’ network on environment – an informal yet close-knit gathering of judges to share ideas and best practices, find areas of mutual concern and cooperation, and collaborate on shared initiatives and activities. Therefore, AJNE, was established as the first such network in the world. The Indonesian Chief Justice in Jakarta hosted the first ASEAN roundtable in 2011. The Pakistan Chief Justice in Bhurban hosted the first South Asian roundtable in 2012. Annual conferences followed in Malaysia, Thailand, Vietnam, Cambodia, and the Philippines in ASEAN; and in Bhutan, Sri Lanka, Nepal, and Bangladesh in SAARC. During the 2016 conferences in the Philippines and in Bangladesh, the judges called for a joint, inter-regional roundtable that could also include Pacific judiciaries. Judges believed that an annual joint gathering would strengthen the network and be beneficial for the Asia-Pacific region.

Planning for this conference commenced. In 2017, the Supreme Court of Myanmar affirmed its intent to host the Asia-Pacific wide conference – the first international conference hosted by the Myanmar judiciary. The conference was also one of the first judicial gatherings, organized by ADB that focused on broader climate change and sustainability, inclusiveness and resiliency development issues. Broader discussions at the conference in Myanmar honoured the request of judges to provide them with Asia-wide jurisprudence and best practices on climate change adaptation and mitigation.

There were 200 participants in Nay Pyi Taw, which included over 100 judges from more than 20 countries, as well as judges from Australia, Brazil, Kiribati, New Zealand, Papua New Guinea, Samoa, the United Kingdom, and the United States of America. Chief justices from Afghanistan, Bhutan, Myanmar, Samoa, and Sri Lanka also attended. Importantly, more than 70 local judges from all District and High Courts of Myanmar attended, making the event an important capacity-building exercise for judges who are new to environment and climate change law. For many, it was their first time to attend a conference on environment. Many commented that they felt privileged to listen to esteemed judges from around the world – some of these judges are renowned voices in promoting and strengthening the judiciary's’ role in environmental protection and more recently on climate change. A number of judges expressed their intention to use the knowledge they learned in their own environmental decision-making process.

ADB organized the conference as a green event – materials were distributed on USBs; no bottled water was used; LED wall projectors were used instead of tarpaulin banners; the conference bag was made from locally-sourced natural materials; and feedback forms were electronically sent and received. The hotel and venue, Hilton Nay Pyi Taw, also contributed to greening the event. It assigned extra staff to ensure water jugs and glasses were constantly refilled; it maintained a comfortable and energy-efficient room temperature; it used candies wrapped in biodegradable paper instead of plastic; and it did not over prepare food to avoid food wastage.

The next sessions looked at cross-cutting themes and issues within environmental litigation. Session 2 discussed environment, climate change, and human rights, looking at the Paris Agreement, vulnerable groups, and recent adjudication trends. Despite the Paris Agreement’s ambitious goals and the uptick in successful climate change cases around the world, more needs to be done for those who suffer first and worst due to climate change – women, children, the elderly, the disabled, and indigenous groups, just to name a few. This session highlighted that climate change is unjust and unfair for vulnerable groups.

Urbanization – a key challenge for developing countries like Myanmar – was the focus of Session 3. The speakers looked at air and plastic pollution, ship breaking in Bangladesh, and groundwater extraction in Pakistan. Although relatively unheard of in the developed world, ship breaking creates significant environmental, health, and safety issues in South Asia. Further, as the speaker noted, it is an industry that developing countries inherited. Many shipping companies from the developed world devolve responsibility for the safe and environmentally friendly decommissioning of their ships. Instead, they send their decommissioned ships to the beaches of South Asia to be broken down by children and poor workers in unsafe conditions.

Session 6 discussed the developments and challenges in green litigation. Taking into account global perspectives, speakers looked at current judicial efforts to enhance environment litigation across the globe. This was followed by looking at regional perspectives from ASEAN and SAARC – the Indonesian forest fires as a potential regional climate change case; and recent litigation trends and jurisprudence from India.

The next session sought to change the tone of discussions by looking at positive stories about how collective action can bring success, and more importantly hope. Session 4 presented inspiring grassroots stories from around the world – how community action on issues such as campaigning against lead-in-paint and teaching girls to swim is making an impact. Such stories demonstrate that no matter how small the action is, no matter how far away it is from the grand halls of international conferences and treaty negotiations, it makes a difference. One speaker from Kiribati highlighted how despite his people being at the frontline of climate change, they are using community action to adapt to the threats they face. The presentation on ADB’s work with environmental law professors – ADB’s environmental law champions – also emphasized the importance of building a network of environmental law teachers and advocates to train the next generation of environmental lawyers and judges and to serve as a pool of in-country experts who can serve as amicus for environment and climate change cases.

In Session 5, a special panel of judges discussed their role in the age of climate change, providing specific challenges and solutions from each jurisdiction. Judges from ASEAN, SAARC, the Pacific, and the Americas shared their country’s experiences and exchanged ideas about how judges can help in addressing climate change. Session 7 was a discussion among a multi-stakeholder panel of judges, litigators, and academics. They talked about the challenges of climate change litigation in a frank and engaging atmosphere. Stakeholders shared how they react and respond to climate change, and also what is expected of other stakeholders. This very engaging session highlighted the need for a multi-sectoral approach when dealing with environment and climate change issues; each stakeholder cannot be in a silo and expect to achieve significant and impactful results, especially when it comes to environment and climate litigation.

Overall, the conference highlighted the rising challenges of climate change, especially for Asia and the Pacific, and the inevitable increase in climate change cases in the coming years. Judges acknowledged and reaffirmed their role in dealing with environmental and climate issues, and the need for continuous knowledge and capacity building for judiciaries. Experts stressed to the judges that while deciding regular environmental cases, such as illegal logging or poaching, they need to keep in mind that such decisions will impact global efforts to address climate change.

New issues such as migration and climate refugees were discussed, citing the need to focus on moving with dignity and keeping your culture and roots intact. This is especially true for countries on the frontline of climate change such as the island states of the Pacific. In addition, one speaker who is a young lawyer from Pakistan shared how his participation in a similar event earlier this year in Lahore has inspired him to change legal careers and be an environmental lawyer. He adds that he is not alone, and many others took inspiration from the judges’ and ADB’s work and took the mantle for the environment by bringing cases to court, defending environmental victims, and petitioning the government to take action against environment and climate issues.

The Myanmar Conference was indeed one with many firsts to its credit. More importantly, it provides the first steps of Asia and Pacific judiciaries working together as one to protect and preserve the environment and play its part in dealing with climate change. 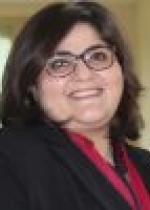 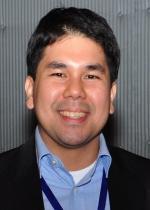 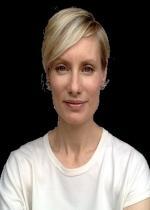