The movement gaining momentum: Save Soil

Save Soil is a global movement launched by Indian spiritual leader Sadhguru to address land degradation and advocate for healthy soil. The initiative was presented on 5 April at the United Nations in Geneva by the Isha Foundation and supported by the WHO, UN SDG lab, and IUCN. 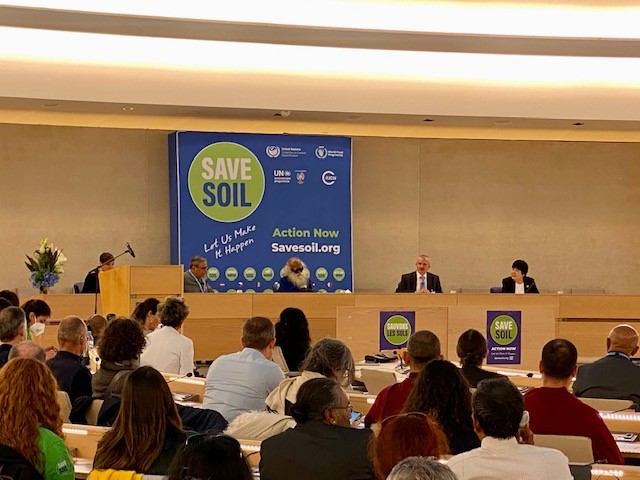 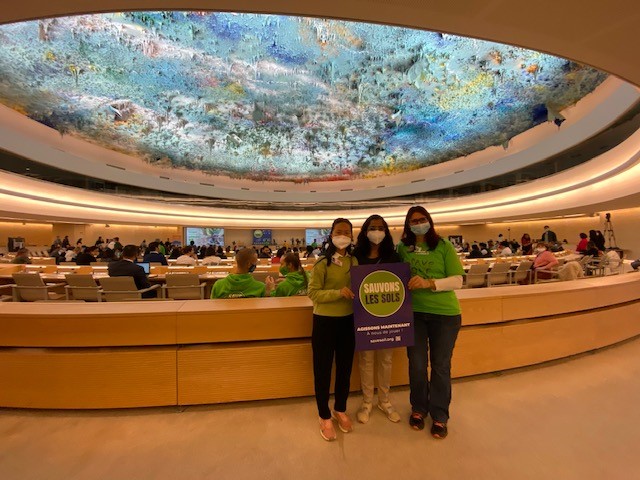 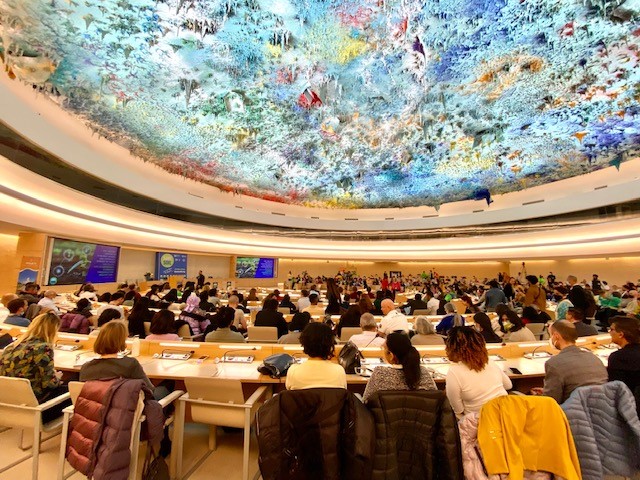 The Isha Foundation, an IUCN Member, launched the 'Journey to Save Soil' in London on 21 March, setting its founder Sadhguru off on a 100-day motorcycle journey through 26 countries to raise awareness about soil degradation and advocate for bringing organic matter back to agricultural processes.

Soil degradation is the physical, chemical and biological decline of soil quality. Caused by unabated deforestation and urbanisation, industrial pollution, overgrazing, and unsustainable agricultural practices, half of the world’s soil is already degraded. This loss threatens food quality and supply, water security and biodiversity, increases carbon emissions and climate related risks, and can lead to loss of livelihoods, conflict and migration. A change in farming practices has never been more urgent.

IUCN has in recent years developed a new engagement in agriculture and land health with the goal for governments, businesses and land managers (including farming communities) to implement a common vision to protect and restore biodiversity on farms and in agricultural landscapes, including the ecosystems on which agriculture depends. The flagship report 'Common ground' showed how soil and landscape biodiversity can benefit society and help overcome major challenges. In joining forces with key partners, such as the IKEA Foundation and others, IUCN is supporting the transition to sustainable agriculture to secure and improve the livelihoods of people who depend on the land, while conserving nature and protecting the planet.

“Food doesn’t come from Uber Eats, it comes from soil. The healthier the soil, the healthier your food, the healthier your body", said Sadhguru during the event. When asked what can be done by a youth member in the audience, he replied "start local, involve your neighbourhood, start a vegetable garden, get your hands in the soil - not in the dirt as is commonly said, as soil is not dirty - it is rich, it is our foundation of a healthy life and a safe environment."

IUCN is proud to support its Member, the Isha Foundation, in the advancement of the Save Soil movement to:

"We have never seen such uptake of our social media and Twitter posts, it is clear Sadhguru is hugely influential and it is wonderful to see this being used to benefit such an important environmental cause, protecting the earth' soils. The coming together of spiritualism and environmentalism is a powerful combination in terms of influencing and mobilising change, one I hope to see more of in the coming decade", said Claire Warmenbol, IUCN Communications and Partnership Manager.

The UN event was hosted by the Permanent Missions of India to the United Nations and the Consulate General of India, as part of Azadi Ka Amrit Mahotsav, celebrating 75 years of India’s independence.