As part of the recently concluded 13th Conference of the Parties to the Convention on Migratory Species in Gandhinagar, India, IUCN (International Union for Conservation of Nature) and Toyota Motor Corporation, together with the Government of India, hosted a panel discussion highlighting the importance of the IUCN Red List of Threatened Species™ and private sector engagement for catalysing urgent species conservation action. 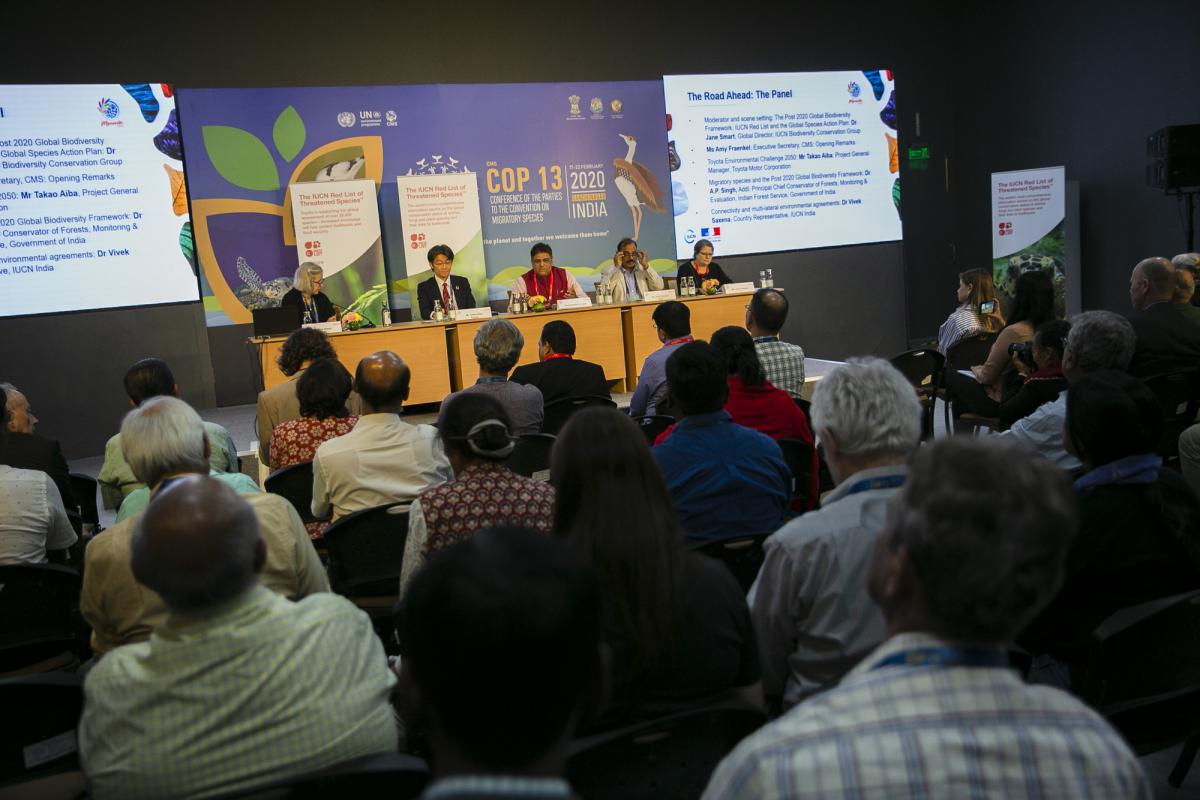 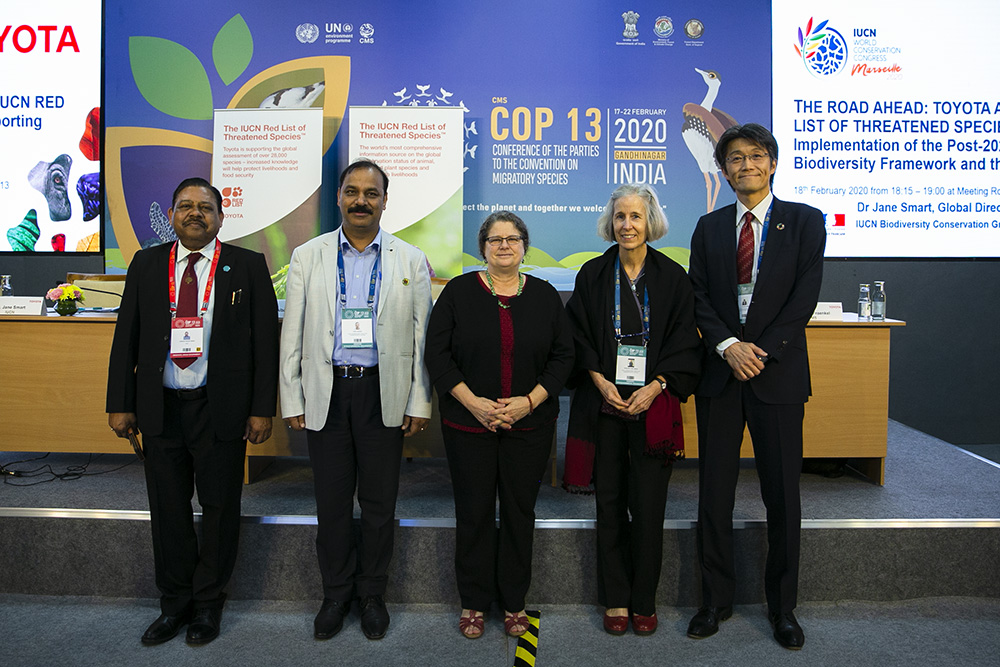 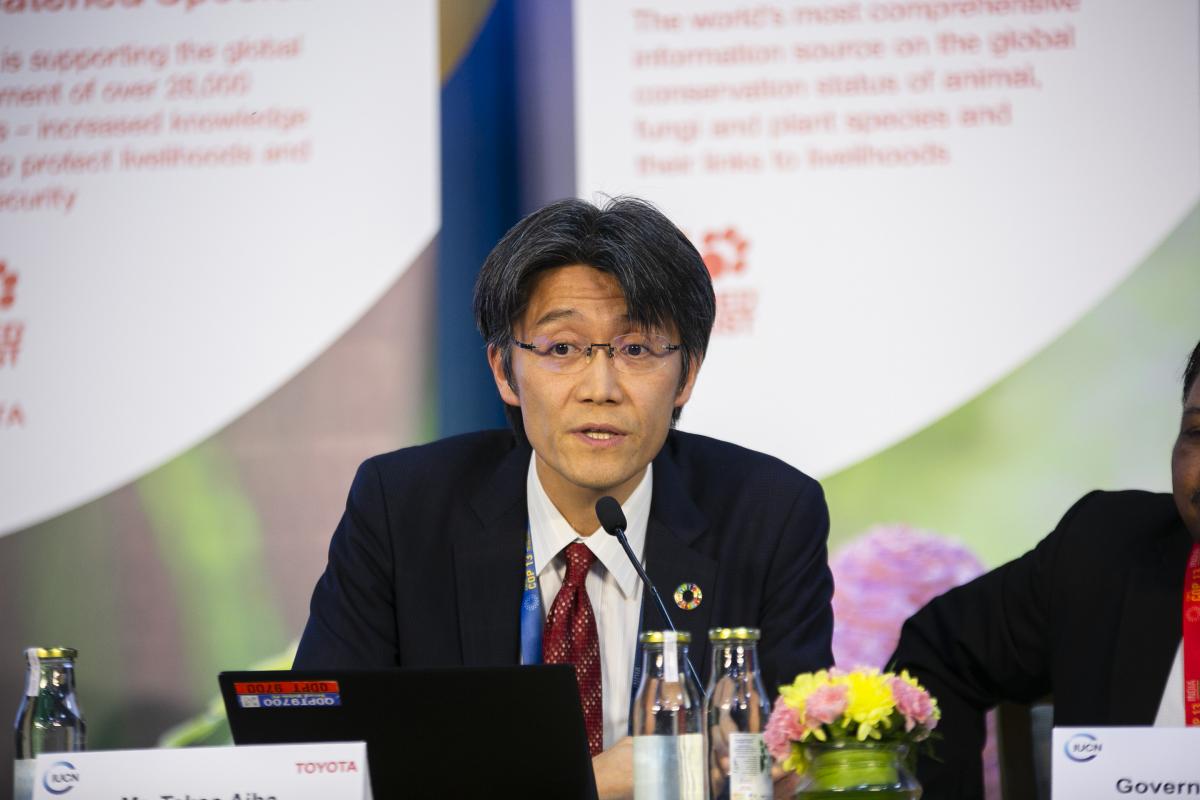 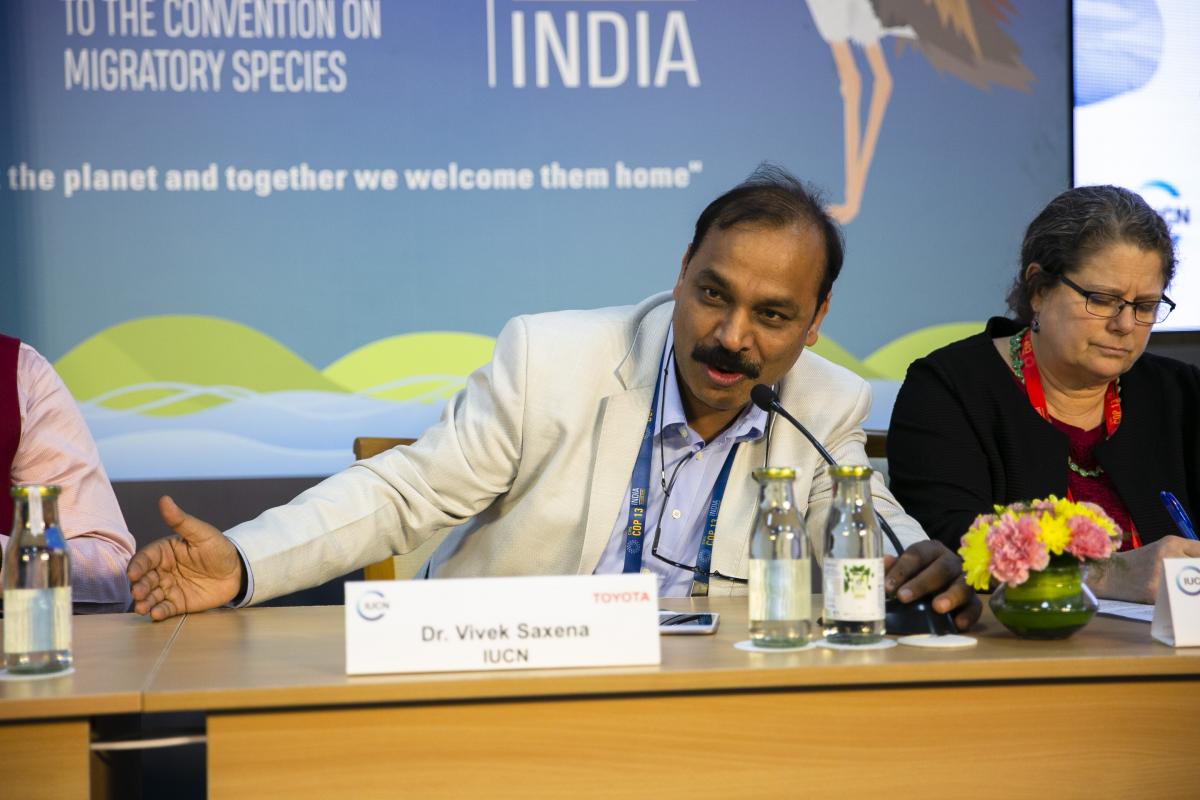 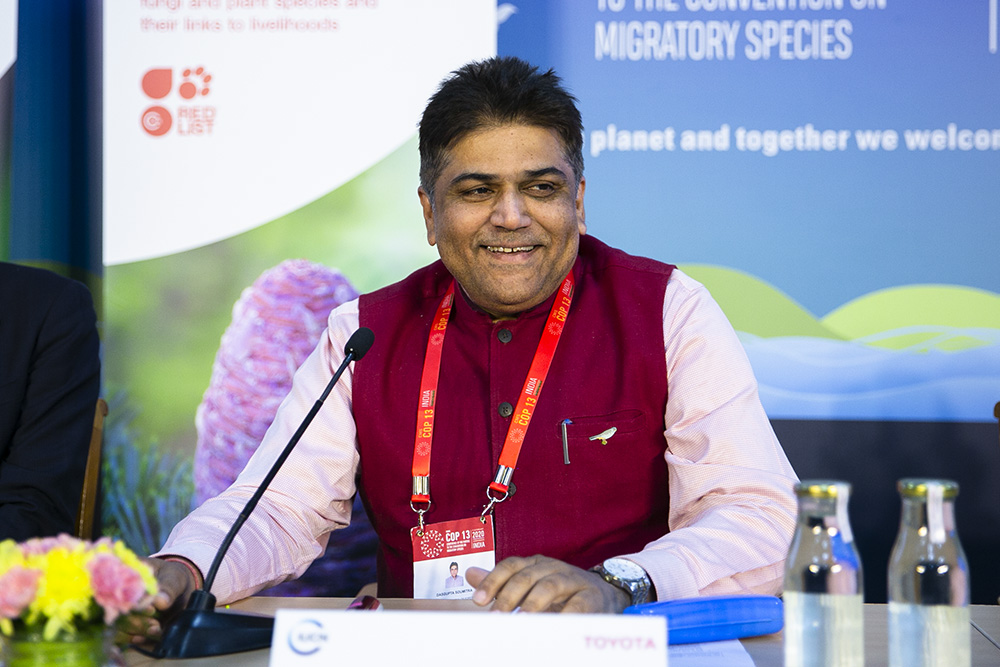 IUCN and Toyota are working in partnership to provide knowledge on species’ extinction risk that will trigger conservation action. This knowledge base will be fundamental for effective implementation of the UN Sustainable Development Goals, as well as the new global strategy for conserving biodiversity due to be adopted by the Convention on Biological Diversity later this year, known as the ‘Post-2020 Global Biodiversity Framework’. As the only global knowledge platform that provides a standardised approach to estimating extinction risk, the IUCN Red List is ideally placed to guide action and monitor progress to conserve threatened species.

During the event, Dr Jane Smart highlighted the need for transformative change to address the extinction crisis documented in the recent assessment by the Intergovernmental Panel on Biodiversity and Ecosystem Services (IPBES). “Conservation works, but we need to do more and we need to scale up,” she said. Dr Smart demonstrated that the IUCN Red List will play a pivotal role in scaling up conservation action to achieve ambitious targets in the Post-2020 Global Biodiversity Framework, including through the development of a ‘Global Species Action Plan’, as called for in the Abu Dhabi Call for Global Species Action.

“The IUCN Red List is the essential, authoritative database for information on species… we need to know how species are doing, and by having the data already in our hands we are already way ahead,” said Ms Amy Fraenkel, Executive Secretary of the Convention on Migratory Species. She outlined how the IUCN Red List underpins implementation of the Convention on Migratory Species, and will be crucial in monitoring progress towards achieving global species conservation targets.

Mr. Takao Aiba, Project General Manager of the Toyota Motor Corporation, explained how the IUCN-Toyota Red List Partnership contributes to Challenge 6 of the Toyota Environmental Challenge and outlined steps Toyota is taking to achieve a society living in harmony with nature. “With sound understanding and fair recognition, the private sector will take actions for biodiversity conservation. The knowledge is the power, and thus the IUCN Red List has a critical role to catalyse conservation actions,” he said.  Dr. Smart added that the importance of the private sector in supporting implementation of global biodiversity targets is reflected in the inclusion of a private sector dialogue at the upcoming IUCN World Conservation Congress (Marseille, June 2020), which was welcomed by participants.

The IUCN Red List now includes more than 112,000 species. Often referred to as a Barometer of Life on Earth, the Red List highlights the crisis facing nature but also proves that conservation efforts can work. The IUCN - Toyota Partnership will continue to guide global decision-making on biodiversity conservation in 2020 through the provision of critical species expertise using the IUCN Red List.

The event, ‘The Road Ahead: Toyota and The IUCN Red List of Threatened SpeciesTM’, took place during the 13th Conference of the Parties to the Convention on Migratory Species at the Mahatma Mandir Convention and Exhibition Center in Gandhinagar, India, on Monday 17 February 2020. It was organised by IUCN in partnership with Toyota Motor Corporation.