Since 1910, tiger populations have plummeted from around 100,000 individuals to an estimated 3,200 individuals in 2010. Poaching, habitat destruction and human-wildlife conflict have all contributed to this dramatic decrease in one of the world’s most recognisable charismatic species. 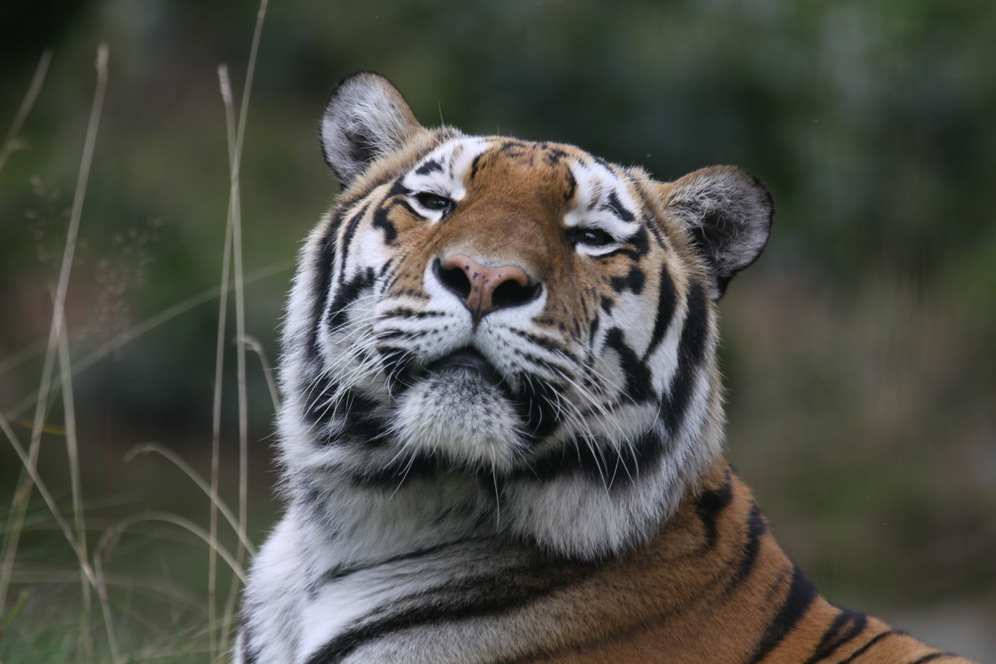 In 2010, the International Union for Conservation of Nature (IUCN) launched the Integrated Tiger Habitat Conservation Programme in response to the Global Tiger Recovery Programme – the landmark global agreement that aims to double wild tiger populations by 2022. Funded by the German Cooperation (BMZ) through the German Development Bank (KfW), the Tiger Programme aims to foster a collaborative approach between stakeholders from local communities, grassroot organisations, NGOs and governmental organisations.

However, tiger conservation does not just benefit one species; tigers are widely regarded as an umbrella species and by virtue of implementing conservation action to protect tigers, many programmes are also protecting co-habituating species. This makes tigers hugely important in maintaining a healthy ecosystem.

On International Tiger Day, we celebrate just some of the successes that an integrated, global approach for tiger conservation has facilitated.

An estimated 60% of the world’s wild tigers are found in India. Since 1970, the country’s human population has risen from 500 million to almost 1.4 billion. With humans being the main driver for tiger extinction, this makes it even more impressive that India has managed to maintain such a large proportion of the global tiger population.

However, with tiger numbers on the rise in the reserves, tigers looking for new territories increasingly roam outside of the formal protected areas and in between reserves. Research institutions, such as the Wildlife Institute of India, have long studied the dispersal patterns of tigers and this experience is now being used to inform conservation initiatives from the Indian government.

Motivated by this, the Maharashtra Forest Department in India successfully applied for support from the Tiger Programme to allow them to ramp up their focus on corridor areas in between the globally significant tiger reserves of the Central Indian state. This landscape is complex and is one of the world’s hotspots for human wildlife conflicts – largely due to the dispersal of tigers and leopards beyond reserve boundaries into populated areas.

Corridors are sections of habitat that connect protected areas enabling animals to move freely though the landscape. Another Tiger Programme grantee working in India, the Nature Conservation Foundation, which works on conservation of corridors in the Cauvery-MM Hills-BR Hills landscape, recently produced a short film explaining the importance of wildlife corridors:

The Tiger Programme grant, which started in 2016, has allowed the Maharashtra Forest Department to effectively coordinate the many NGOs and grassroots organisations working in this landscape. A major focus is on the reduction of human-tiger conflict. The project aims to provide local people with alternative livelihoods and energy sources, thereby reducing unsustainable dependence on forest resources and helping to maintain forest cover in these corridor areas that are crucial for the long-term tiger survival of the 200 tigers living in the landscape.

In order to maintain the impetus of this initiative, the National Tiger Conservation Authority (NTCA), which manages all tiger reserves in India, announced that it would now allocate significant resources to activities in the corridors of Maharashtra. B.S. Hooda, the Additional Principal Chief Conservator of Forests (Wildlife) East in Nagpur has stated that “the [IUCN-KfW] project was the first concrete steps towards preserving the importance of these corridors”, describing the project as “a trail blazer project in protection, conservation and development of corridors at the national level”.

The NTCA’s integrated, landscape level approach is crucial and it is great that this conservation strategy is increasingly being rolled out in India. It shows that conservation must work hand in hand with sustainable development and community participation.

You can read more about the Integrated Tiger Habitat Conservation Programme and the projects mentioned in this article here.