A team of international scientists, including IUCN experts, have described a new species of orangutan found in Indonesia. 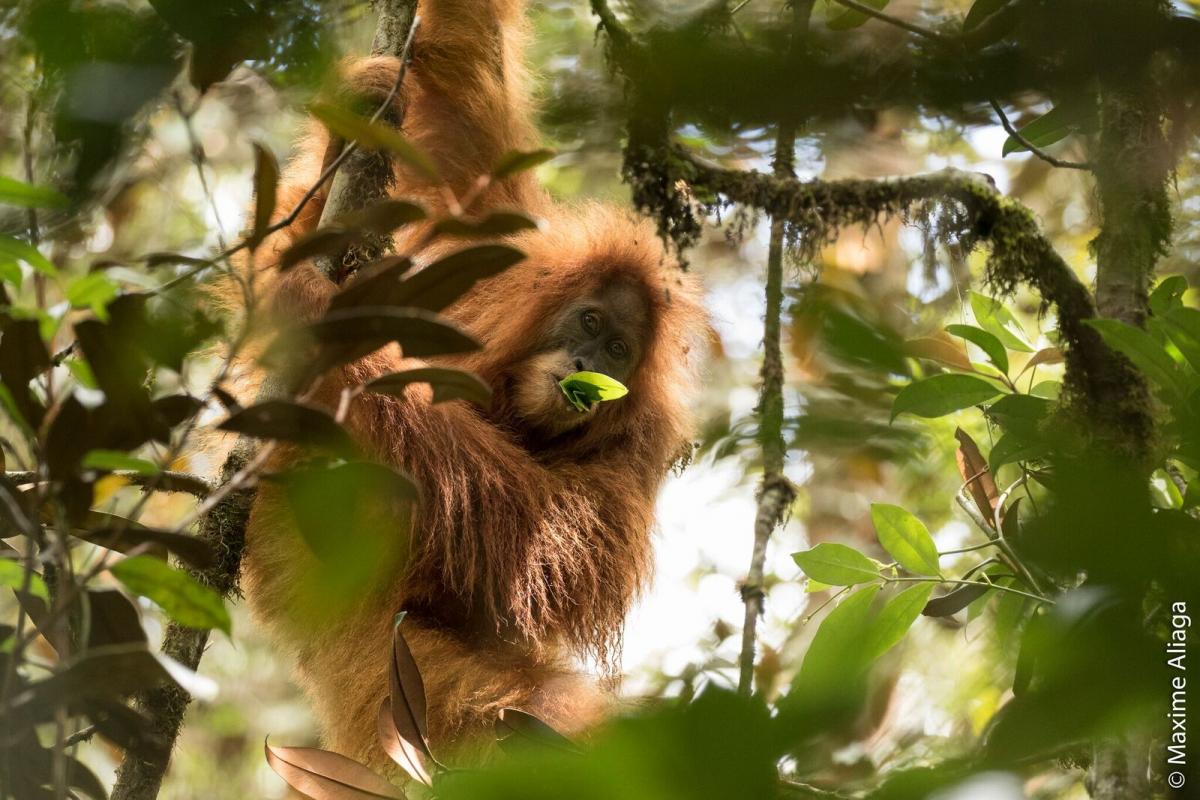 The Tapanuli orangutan (Pongo tapanuliensis) is found in the Batang Toru forests in Sumatra, Indonesia. 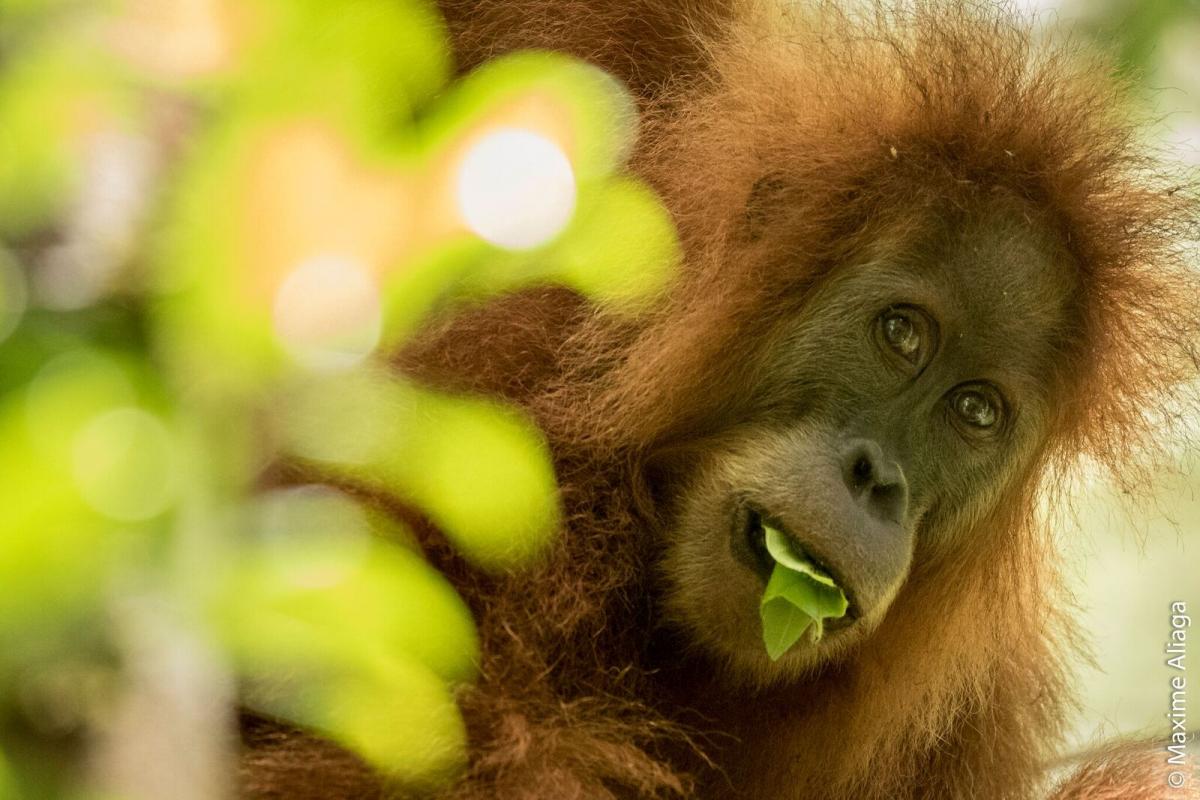 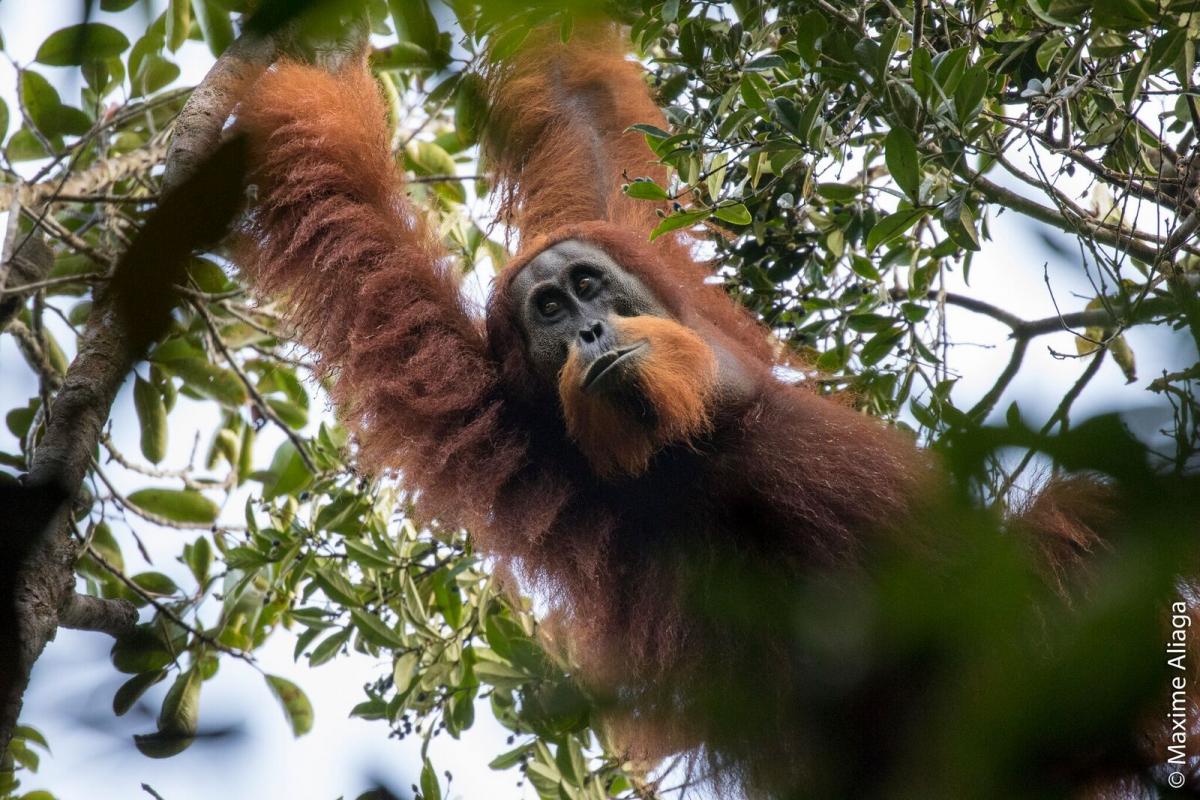 The newly described Tapanuli orangutan (Pongo tapanuliensis) exists in an isolated population of around 800 individuals in the Batang Toru forests in Sumatra, Indonesia. The species occurs only in around 1100 km2 of forests in the Central, North and South districts of Tapanuli, in the province of North Sumatra.

Until recently, it was thought that only two species of orangutan existed; the Bornean (Pongo pygmaeus) and Sumatran (Pongo abelii). Orangutans are found only in Indonesia and Malaysia and are listed as Critically Endangered on The IUCN Red List of Threatened Species.

“It is rather amazing that this population of orangutans differs so much from the orangutans in the north of Sumatra and that even today, after many decades of intensive research on Great Apes, a new species of this primate family can still be discovered” stated Dr. Ian Singleton, Director of the Sumatran Orangutan Conservation Programme (SOCP), who has worked on improving protection of the Tapanuli orangutans and their habitat since 2005.

The Tapanuli orangutan was initially found by scientists in 1997, but was not confirmed as a separate species until 2017. To reach that conclusion, researchers needed to closely examine the genetic, morphological and behavioural traits which differed from the other two known orangutan species.

"Despite only just now being described, with less than 800 left, the Tapanuli orangutan is already the most endangered great ape species in the world" stated Matthew Nowak, co-author of the recently published ‘Population Habitat Viability Analysis for Orangutans’ and Director of Research at the Sumatran Orangutan Conservation Programme. "According to the results of the recent PHVA analysis for orangutans they reproduce extremely slowly, and if more than 1% of the population is lost annually this will spiral them to extinction", he added.

The Red List status of this new orangutan is currently being assessed, but conservation concerns for the species are high. This is due to a small population, slow reproduction levels, concerns over local habitat destruction, and killing. Researchers have been working with local governments since 2005 to ensure the protection of the Batan Toru Ecosystem; a vitally important ecosystem for the environmental services that it provides. In 2014, the Government granted preservation status for most of the forest, however a critical habitat area for the orangutans is currently not protected.

“A lot of work needs to be done to make sure the Tapanuli orangutan does not go extinct in the same century in which it is first described, but I am confident that with close collaboration with the Indonesian Government, and especially with local stakeholders, this joyful news can become a conservation success story' affirmed Dr Wich co-author of the report and researcher at Liverpool John Moores University.

Researchers involved in the definition of this new species included experts from the IUCN Species Survival Commission (SSC) Primate Specialist Group (including Ian Singleton, Matthew Nowak and Serge Wich). More information can be found in a paper published 2 November in the scientific journal Current Biology.