Re:wild and IUCN SSC become first global organizations to call for the recognition of fungi as one of three kingdoms of life critical to protecting and restoring Earth

Environmental groups and the Chilean Ministry of Environment join the Fungi Foundation in committing to promote inclusive " fauna, flora and funga" language and ensure that fungi— which are critical to all life on Earth—are integrated into conservation strategies 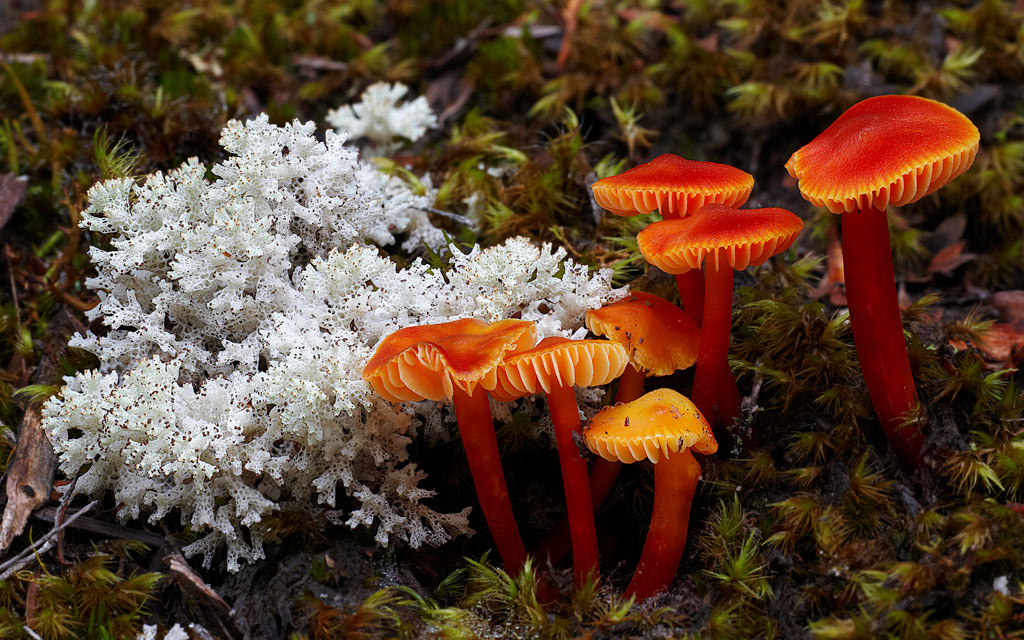 Hygrocybe saltorivula, a fungus growing in deep moss in eucalypt woodland in Australia. 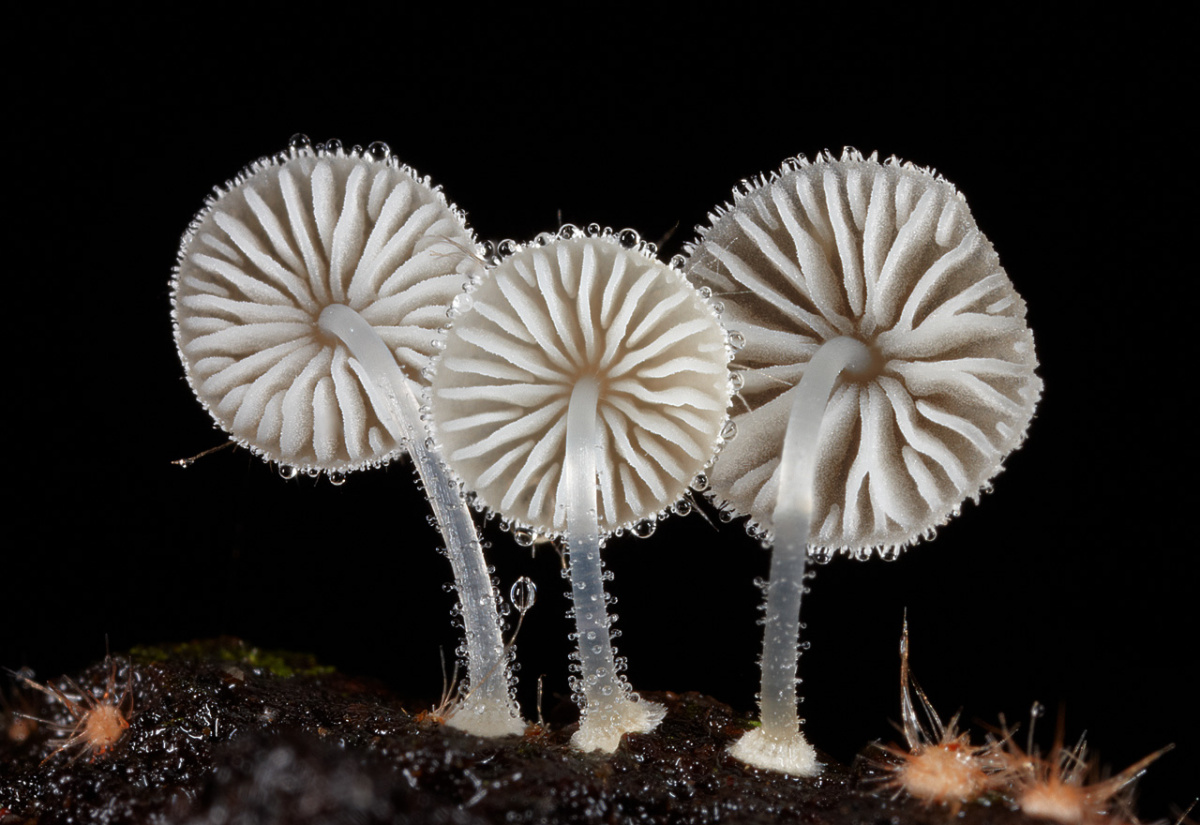 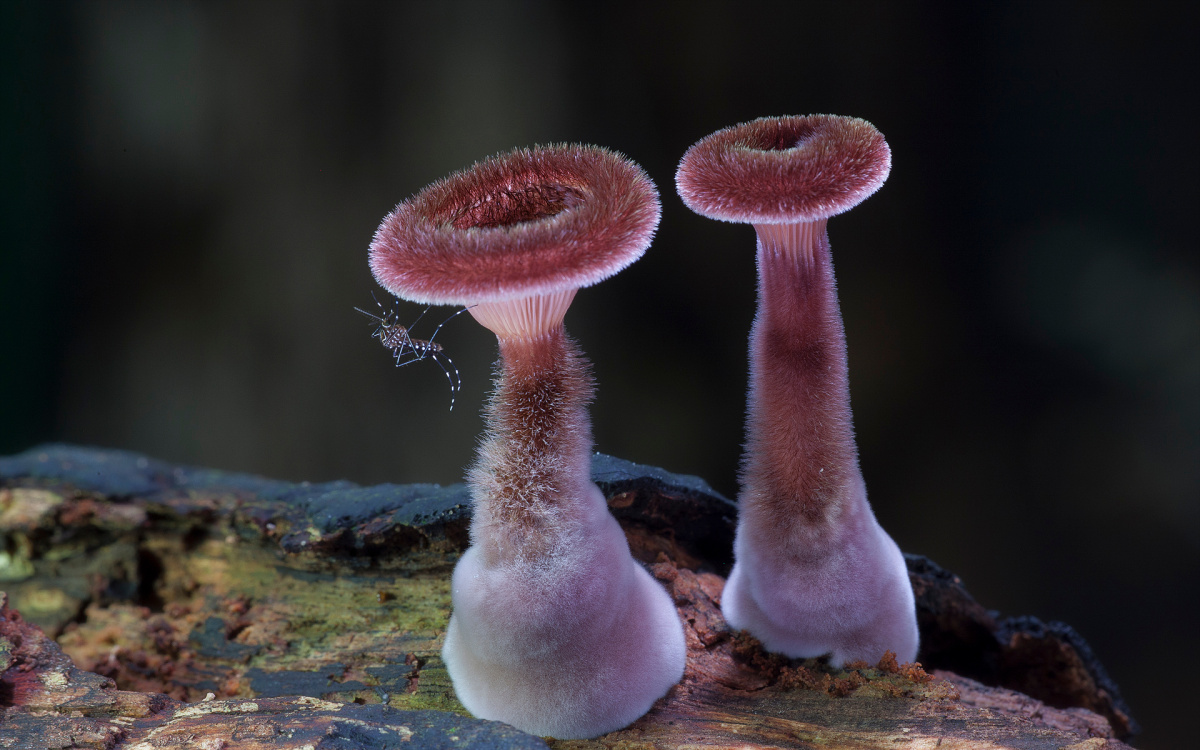 Thanks to the leadership of the Fungi Foundation, both Re:wild and the Species Survival Commission (SSC) of the International Union for Conservation of Nature (IUCN) today announce their commitment to use “mycologically inclusive” language in their internal and public-facing communications (“fauna, flora and funga” and “animals, fungi and plants”) and to incorporate fungi in conservation strategies with rare and endangered plants and animals.

Although fungi underpin life on Earth, they have been overlooked and underappreciated, and largely excluded from conservation strategies and environmental laws. There would be no life on Earth without fungi: the yeasts, molds and mushrooms that are critical to decomposition and forest regeneration, mammalian digestion, carbon sequestration, the global nutrient cycle, antibiotic medication, and the bread, beer and chocolate we consume. Trees would not be able to live on land without fungi.

“Re:wild is proud to embrace the ‘f’ word and support the 3F initiative,” said Barney Long, Re:wild’s senior director of conservation strategies. “Fungi are truly our planet’s life force, the great connectors, decomposers, regenerators. By ensuring that all macroscopic life is a key consideration in our work, including fungi, we can effectively protect and restore entire ecosystems. Fungi are absolutely critical in our mission to protect and rewild the world.”

According to Royal Botanic Gardens, Kew, fungi are “distinctive organisms that digest their food externally by secreting enzymes into the environment and absorbing organic matter back into their cells.” They are one of three macroscopic kingdoms of life, together with animals (fauna) and plants (flora), and one of six total kingdoms of life. Mycologists estimate that there are somewhere between 2.2 and 3.8 million species of fungi on Earth, though only 8% of these are currently scientifically documented. Each year up to 2,000 new species are discovered globally.

“The rich variety of fungal species studied by members of the IUCN Species Survival Commission ranges from micro-meters in length of a chytrid fungus to 8.9 kilometers squared occupied by a single colony of humongous fungus (Armillaria ostovae), weighing 605 tons—four times heavier than a blue whale,” said Jon Paul Rodríguez, chair of the IUCN Species Survival Commission. “Fungi are unique, diverse and key ecosystem engineers, fundamental for maintaining life as we know it.”

The Chilean government has also endorsed the declaration of the 3F initiative with a sponsorship signed in July by the Ministry of the Environment. The declaration was co-authored by Giuliana Furci (founder and CEO of the Fungi Foundation), Merlin Sheldrake (biologist and best-selling author of “Entangled Life”) and César Rodríguez-Garavito (professor of clinical law at New York University School of Law). Chile is the first and only government in the world that includes fungi in environmental legislation. The declaration calls for other world governments to follow Chile’s lead.

“We call on state leaders, civil society, scientists, and citizens of the world to embrace them, and create protections for fungi under international, regional and domestic law and policy, both to state the equal significance of fungi among the kingdoms of life and to help address the threats that jeopardize the ability of many fungal species to thrive and survive,” the declaration states.

Representatives from both Re:wild and the IUCN Species Survival Commission have joined the likes of world-renowned conservationist and primatologist Jane Goodall, New York Times bestselling author Michael Pollan and conservationist and former CEO of Patagonia, Kristine Tompkins, in signing the declaration.

Because fungi are so closely associated with plants and animals, they face a similar set of threats: deforestation, climate change, and pollution. They are also subject to threats from the widespread use of fungicides, overharvesting and nitrogen enrichment.

At the same time, fungi can play a critical role in nature-based solutions to climate change and wildlife extinction. They help regulate atmospheric carbon dioxide. For example, in boreal forests fungi sequester large amounts of carbon in their root symbiosis with plants. As decomposers, they can help clean polluted soils. And they can provide a great food alternative to animal foods—which are a driving force behind deforestation and climate change, as the majority of the world’s tropical forests are cleared for cattle ranching and soybean farming to feed the cattle and other livestock.

“We are so excited to see the growing fungi fervor at these two global conservation organizations and trust this helps propel fungi into the spotlight, where they belong,” Furci said. "As Re:wild, the IUCN SSC, and the Chilean government join the Fungi Foundation in recognizing fungi's key role in saving the diversity of life on our planet, it is also essential to accurately reframe language accordingly. Using mycologically inclusive language is not merely symbolic but essential and defining. To speak of macroscopic diversity of life as only plants and animals, or by limiting its scope to "fauna and flora," is obsolete. Any institution and organization referring to macroscopic nature nowadays should be doing so by using the 3F's."

Greg Mueller, chair of the IUCN SSC Fungal Conservation Committee and chief scientist & Negaunee vice president of science, Chicago Botanic Garden
“Explicitly being recognized as being on par with animals and plants by the conservation community is a huge win for fungi. Assigning fungi the same status as animals and plants acknowledges their essential and inseparable role in conserving and managing biodiversity.”

Merlin Sheldrake, biologist and author of “Entangled Life: How Fungi Make Our Worlds, Change Our Minds, and Shape Our Futures”
“Fungi sustain the biosphere and all that we depend on. Without them, life as we know it would be impossible. Yet they live their lives largely hidden from view, and more than 90 percent of their species remain undocumented. It is critical that we include them within conservation frameworks on a par with animals and plants. I'm delighted that IUCN and Re:wild are supporting the 3F initiative.”

César Rodríguez-Garavito, professor of clinical law at New York University School of Law
“Just like they hide from view, fungi have been largely invisible to national and international laws on biodiversity, climate change, and the environment. We are calling on the global community to grant long-overdue legal protection to fungi. Re:Wild and IUCN’s endorsement of the 3F declaration is a pioneering step in this direction.”