This year, Women’s Day takes on new significance, as a wave of women step forward demanding their rights, equal treatment and an end to denigrating and discriminatory behaviour, sexual harassment and violence. We are seeing, for the first time, at a global scale, that women feel empowered to speak out against transgressors. 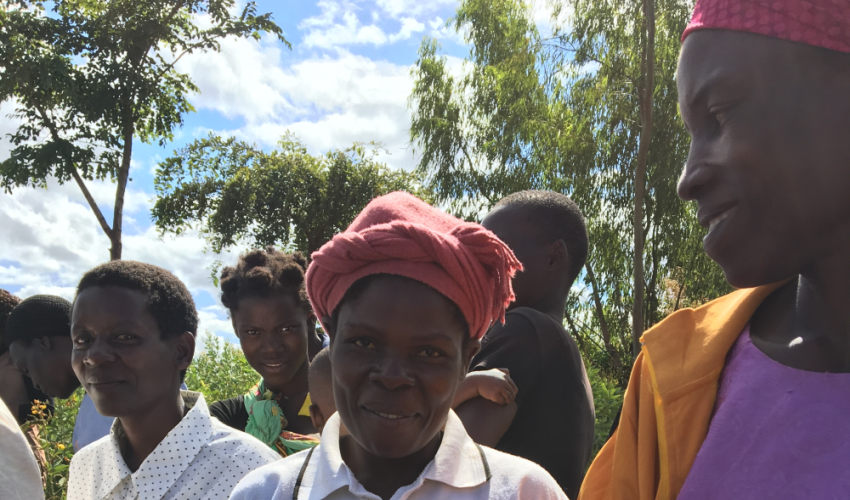 From the #MeToo movement, which recently gained momentum in Hollywood but soon spread across borders and came into our parliaments, our boardrooms, as well as to our regular places of work, to silence breakers in India, Africa and Latin America who stepped up, spoke out and persisted, rejecting legalised discrimination, fighting genital mutilation, eliminating “marry your rapist” laws and fighting for enhanced protection against rape and gender-based violence.

This new wave of women’s empowerment is loud, powerful, global, and challenges business-as-usual across all sectors of society worldwide, demanding and forcing change.

Here at IUCN, equality between women and men has always been critical to our work. As the world’s largest and most diverse environmental network, IUCN works to further gender equality both within the organisation and by working with the wider conservation and sustainable development community.

As one of the first environmental organisations to integrate gender considerations into our analyses and policy work, we have always recognised that a sustainable future for all must meet the needs of women and men alike.

Today, IUCN continues to lead by example. As an organisation we have long been fully committed to gender equality in our day-to-day operations, thanks to a comprehensive gender policy. Across our offices and in the field, IUCN has a zero tolerance policy when it comes to sexual harassment and sexual exploitation. Building on these high standards, IUCN continues to improve its approach to gender equality, and has recently strengthened our Gender Focal Points across the organisation as part of the operational Course for Action on Gender. We are also deepening our efforts to ensure programming at all levels is gender-responsive. We will soon be introducing an accreditation process to recognise and drive transformational action for gender equality throughout the organisation.

For many decades, the Union has pressed for progress on gender equality across the conservation community, and this remains a key theme in our work with IUCN Members and partners today. Last year, IUCN played an important role in helping deliver a Gender Action Plan at the United Nations Framework Convention on Climate Change, working with UN Women, the government of Costa Rica and the Independent Alliance of Latin America and the Caribbean. The Action Plan highlights women’s contribution to climate solutions and paves the way for their full participation in climate decisions and actions. In Brazil, Mexico and Uganda, governments and their stakeholders integrated gender considerations into their respective National Biodiversity Strategy and Action Plans with IUCN’s technical support.

Despite progress, much remains to be done. Worldwide, of 143 economies, 90% have at least one law restricting the economic equality of women. And this is just one example of the persistent and shocking discrimination of women.

Like most women, I align myself with #MeToo both professionally and personally. I can therefore confidently say that #TimesUp and that #NowIsTheTime. Let us together tap into the sheer force of the indignation of both women and men around the world, and continue to drive real and lasting change in the conservation community and beyond.