The Rhino Rangers in the Kunene and Erongo region of Namibia have a very important and often challenging task: to protect the largest free-ranging black rhino population in the world, in a very harsh and arid environment. Over 60 rhino rangers are employed by 13 community conservancies surrounding the Palmwag Concession in north-western Namibia and their daily task is to patrol a total area of 25,000 km2, finding rhinos and ensuring that they are unharmed. 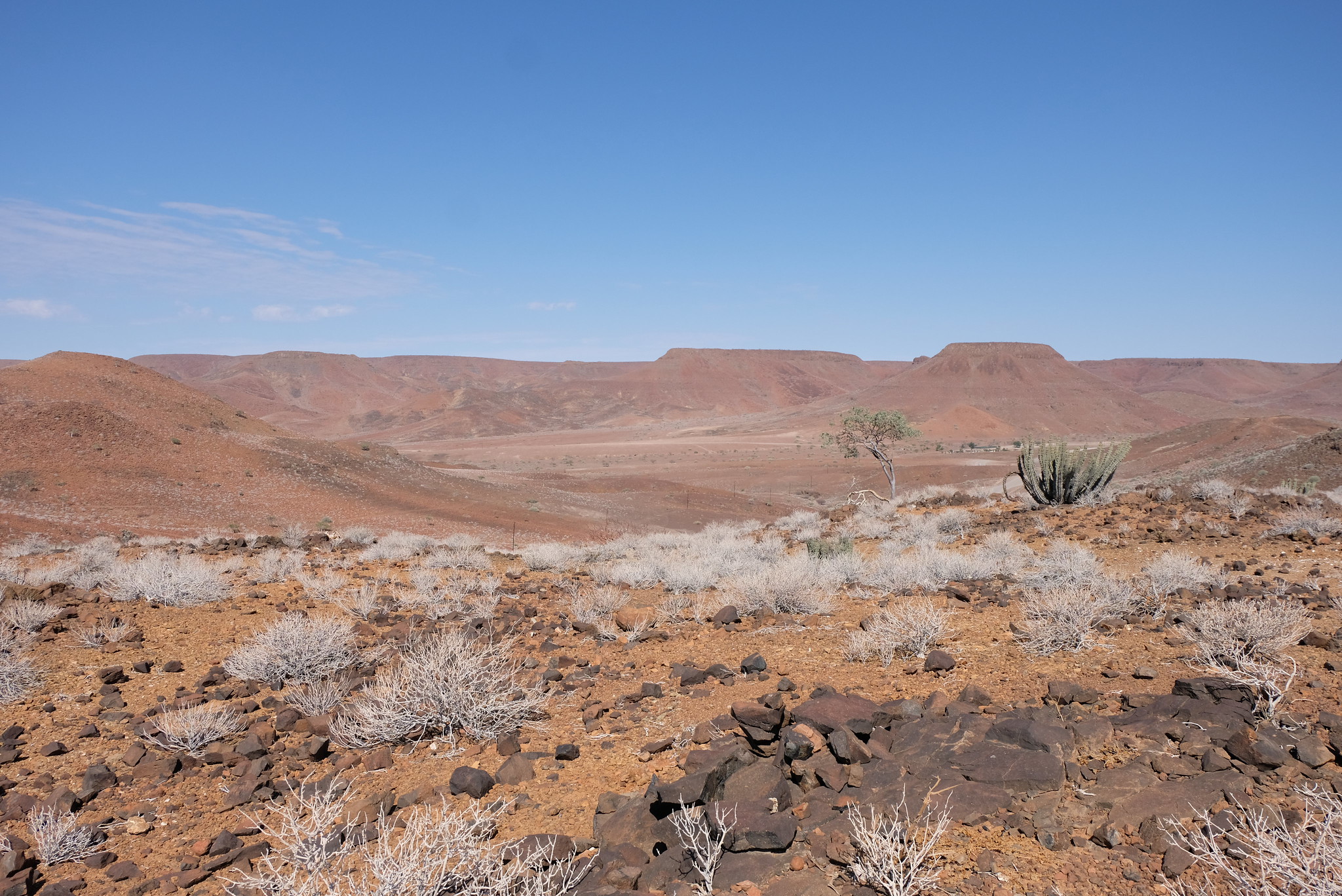 Landscape around Palmwag, Namibia where the rhino rangers work 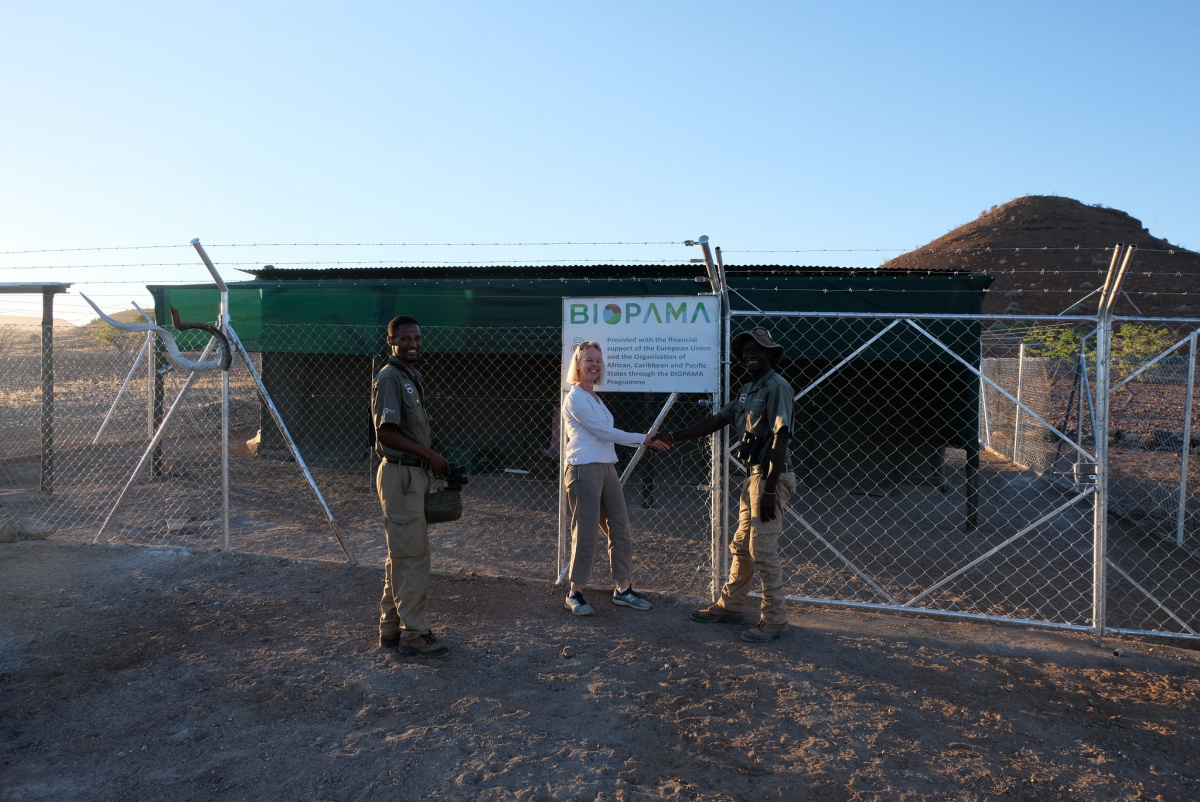 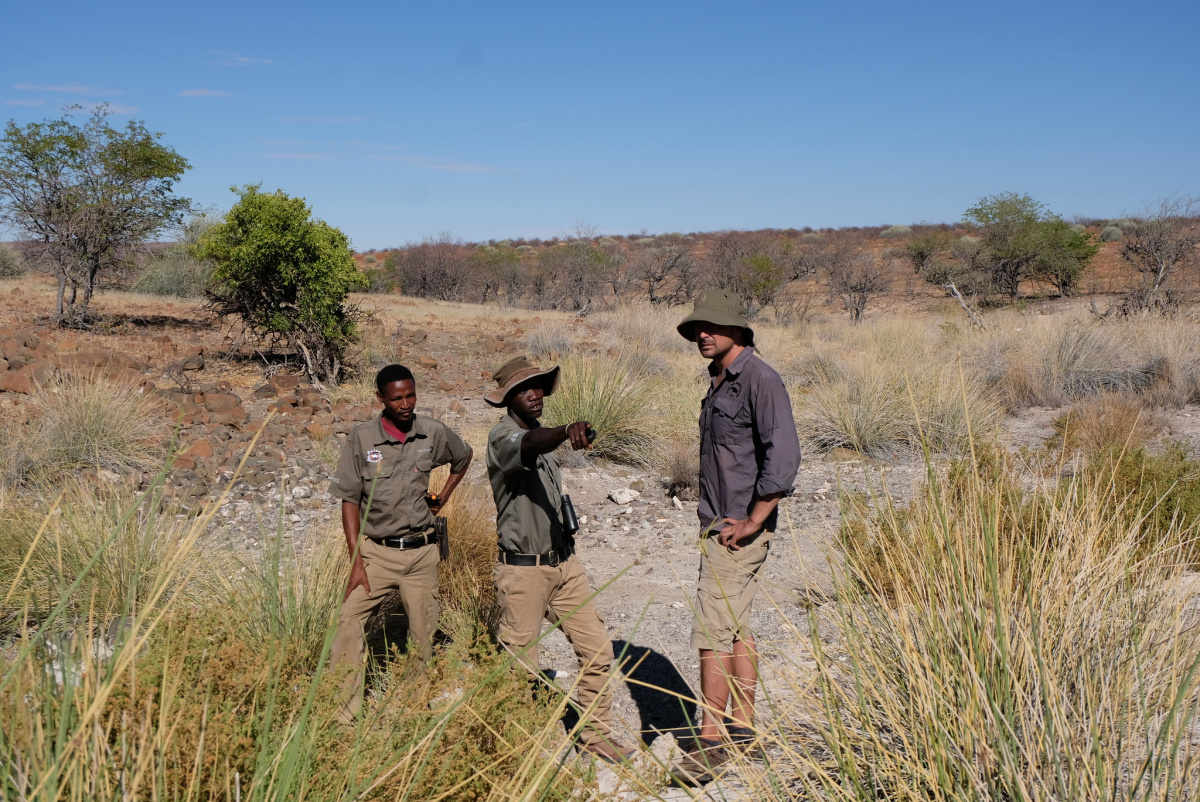 Rhino rangers in Namibia discussing the rehabilitation of a spring

These rhino rangers are supported by more than 40 Save the Rhino Trust (SRT) staff, who work with them on patrols, provide mentorship and training on tracking and identification of individuals as well as data collection using SMART devices. In addition, SRT provides logistical and material support to the rangers, providing rations during their patrol days, as well as uniforms and field equipment such as cameras and SMART devices needed for data collection. There are more than a dozen strategically placed fly camps that form the base for the ranger teams during their 20-day patrol cycle. These fly-camps are small fenced areas with basic accommodation and cooking facilities as well as water tanks. The BIOPAMA project is supporting SRT with a grant to upgrade these fly-camps, equip and train the rangers on SMART devices and ensure that 20 teams have rations during their patrols. 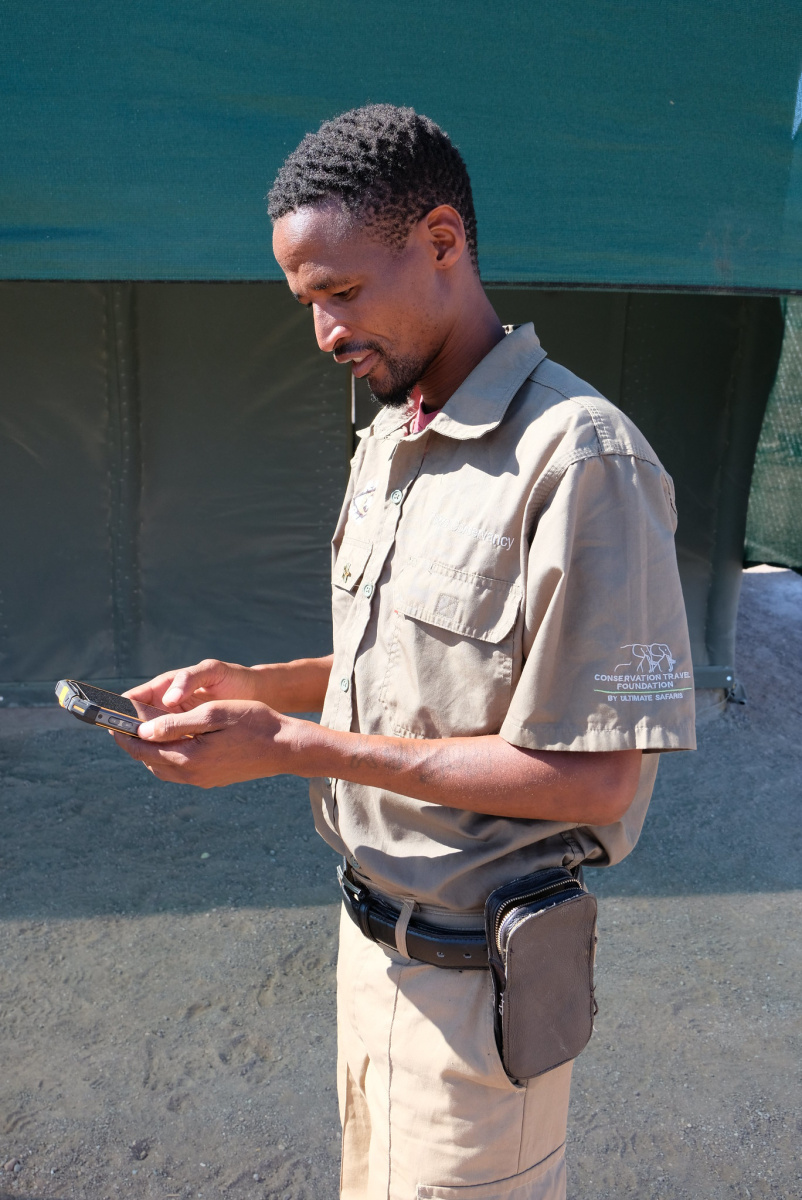 %3Cp%3ENamibian%20rhino%20ranger%20demonstrates%20data%20input%20on%20a%20SMART%20device%3C%2Fp%3E%0A Photo: BIOPAMA
During their patrol cycle, rhino rangers set out to patrol different areas each day. Usually starting with a visit to a water point, rangers then set out to find as many rhino as possible, sometimes covering up to 30km on foot in one day – at 35-40 degrees Celsius heat. During their patrol, the rangers record a variety of data with their SMART devices, including the track that they have walked, as well as all the sightings along the way – especially of rhino, but also other wildlife and any signs of poachers that they may pick up along their route. Each rhino found is photographed to allow independent verification later, and various data about that rhino captured with the SMART device. Once the rangers finish their patrol cycle, all information gathered during the patrol is regularly submitted to the Ministry of Environment, Forestry and Tourism. This then feeds into the national rhino management strategy and allows decision making about resources required to support the conservation of rhino. At more local level, SRT and the Conservancies use the information gathered during patrols to further plan their protection measures and future patrols – identifying areas of concern early and deploying appropriate protection measures accordingly.

The work of the Rhino Rangers can be very gruelling – the dry and hot conditions during the day and the rugged terrain make for challenging walking in some areas and on many days. Temperatures are already in the low 20s by 8am in the morning, peaking at between 35-40 degrees in the afternoon. None the less, these Rhino Rangers go out day to day, to contribute their effort to the overall protection of this unique free ranging black rhino population. Once a year, the rangers come together for the Kunene Rhino Ranger Awards, where they are recognised for their dedication and the top performers rewarded with prizes for their commitment over and above the call of duty. The categories in this years awards were: best rhino ID photo, most foot kilometre walked, most active patrol days and most rhinos identified. 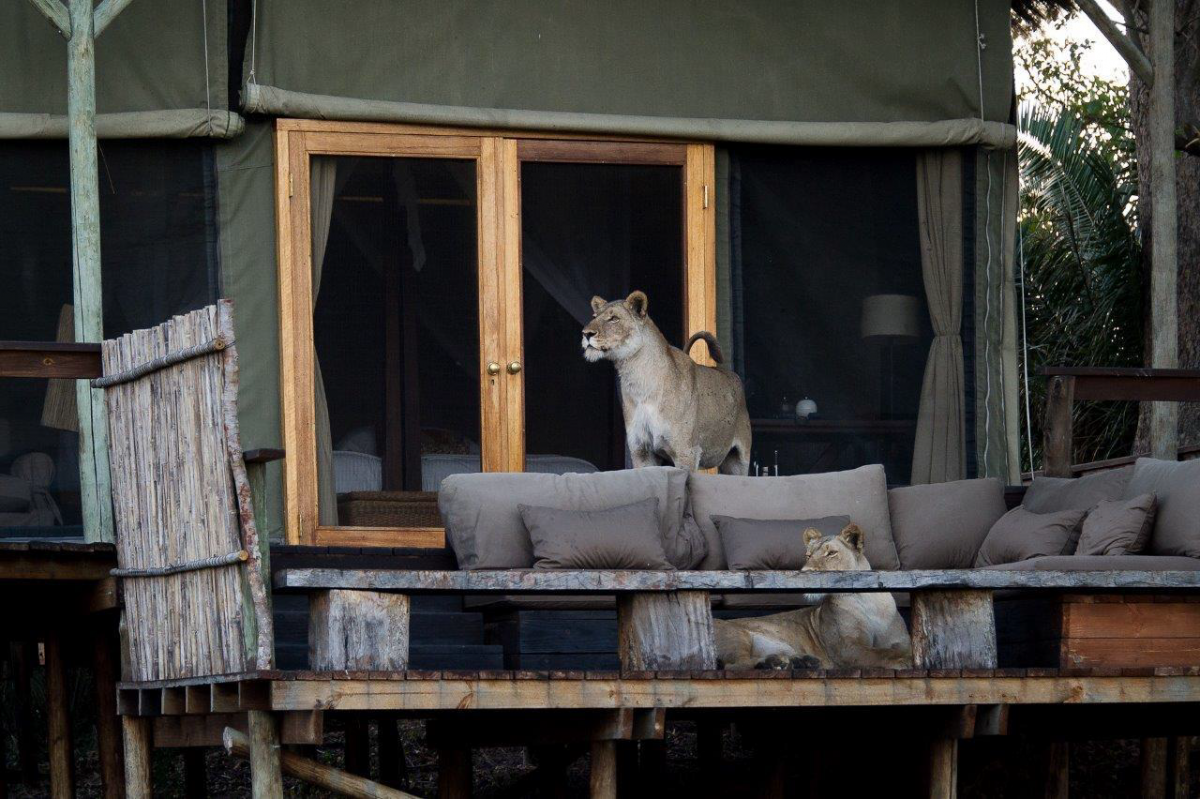