The cloud-forested slopes and misty valleys of the Imawbum mountain range are the ancestral home of the Lhaovo, Lisu, Achang and Lachik communities. Twenty-four villages, interconnected by steep pathways and tracks, support nearly 1,600 households. The communities have a vibrant and diverse agricultural system with upland rice as a staple, supplemented by hunting and gathering of mushrooms, vital herbs, condiments and useful materials sustainably harvested from their forest landscape.

These communities are remote and removed from central Government support, relying on farming, small scale-trading and hunting to sustain their livelihoods. The villages share the rugged Imawbum mountains with the critically endangered Myanmar or black snub-nosed monkey (Rhinopithecus stryker), holding a population of fewer than 400. The discovery of this endangered primate in 2011 initiated the process of defining and gazetting a protected area for the species. The Mount Imawbum National Park is the first in Myanmar to be gazetted through a comprehensive consultation process of indigenous people. It is based on FPIC, facilitated by Fauna and Flora International (FFI) and the Forest Department, unlike previous protected area management projects that followed a “fence and fine” process. Using FPIC has put local and indigenous communities at the heart of the process, recognizing their traditional resource rights and maintained bottom-up community-based conservation. 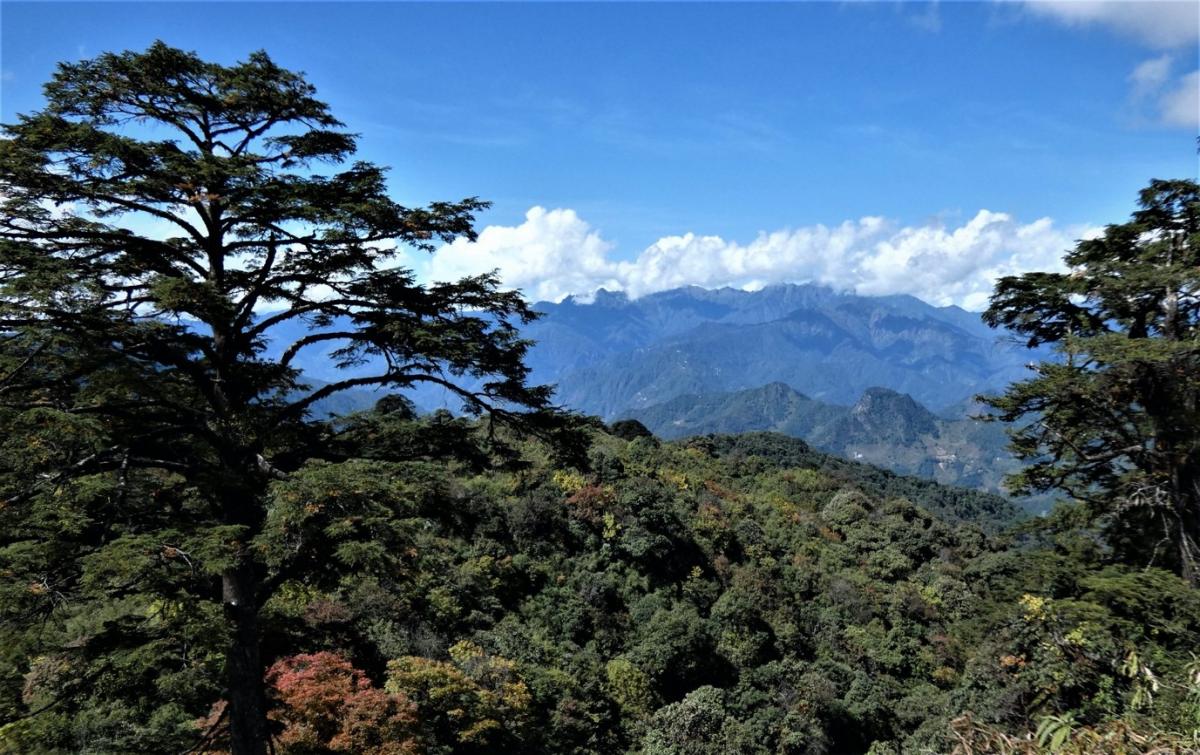 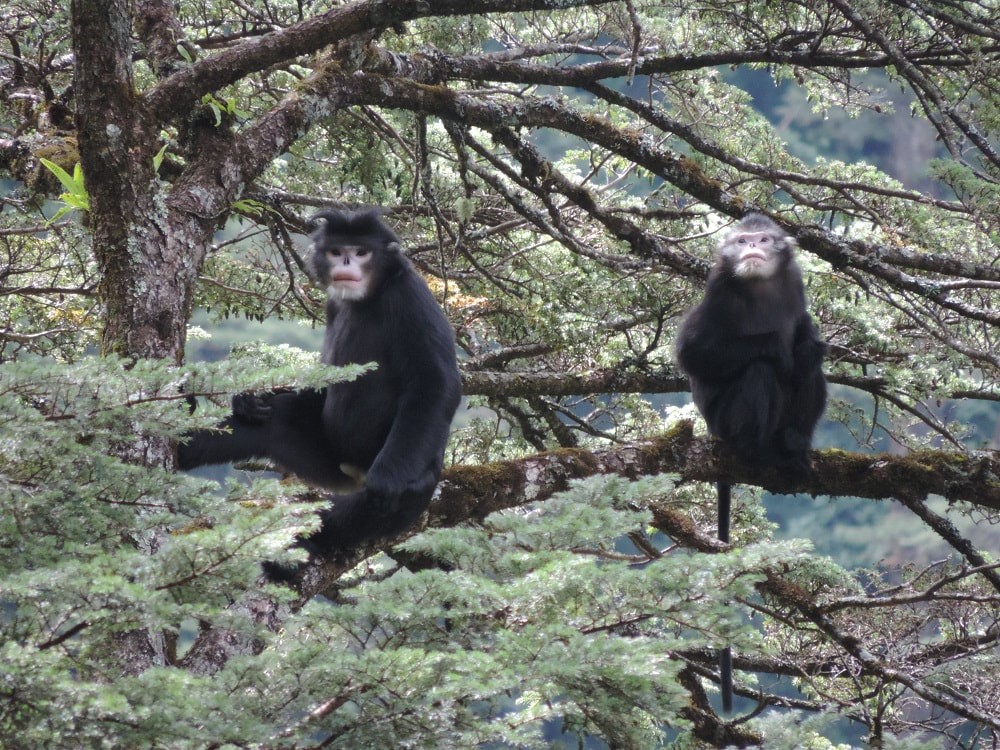 In 2011, alongside the boundary delineation consultations, FFI introduced a needs-based livelihood program to support the villages. The program provided small grants to local communities to develop sustainable livelihoods through agricultural improvements, the raising of livestock and the improvement of school facilities. The programs were coupled with intensive awareness campaigns in all known villages and resulted in the creation of twenty-three community conservation groups. Villages in close proximity with the Myanmar snub nosed monkey distribution range signed the first conservation stewardship agreement to protect snub-nosed monkeys by setting up community-based no-hunting zones.

The success of the stewardship agreement was made evident by a drastic reduction of snub-nosed monkey hunting. Owing to this success, the community-based livelihood program was expanded to support the entire Imawbum mountain range in 2012. A formal consultation process was initiated to receive consent for the proposed National Park boundary. The consultation relied on the agreement of all twenty-four villages as well as relevant stakeholders at township, state and national level. With the aim of empowering local communities, said communities were encouraged to map their customary territories according to their natural resource use. This created community endorsed national park boundaries.

The consultation process was framed to some basic principles, according to FFI’s Frank Momberg: “all settlements and agriculture lands, including cultivated land as well as land reserved for future cultivation belonging to the indigenous and local people are excluded from the National Park. Forest areas used for hunting and collection of non-timber forest products should be either excluded or zoned as tradition use areas to ensure continuous access for local communities to their forest resources”.

In January 2015 the local mapping and consultation processes were competed. In March 2015 the results from this were presented alongside a representative from each of the 24 villages to a Kachin regional level stakeholder in a consultation workshop. The resulting National Park gazettement proposal triggered the formal government gazettement process, and in April 2016, the Union Minister announced the proposed National Park boundaries. Following the announcement, the FFI and the assigned land settlement committee erected the gazettement notice board and once again facilitated consultation meeting in the villages. These consultations ensured all known local communities had the opportunity to review the proposed National Park boundaries, express any grievances and provide their final consent. Once consent was received, the government-approved land settlement report was submitted to the Union Minister for final review by the cabinet and the president’s office. The Union Office proudly declared Mount Imawbum as a National Park in March 2020.

The newly declared National Park protects over 160,000 hectares of forest, home to a unique ecosystem with vast biodiversity. It covers essentially all of the snub nosed-monkey’s range and safeguards the core of their habitat. It is clear how community conservation awareness at the site-level, respect and recognition of traditional resource rights, and a comprehensive consultation process- in this case facilitated by FFI - are vital in the method for effective sustainable conservation on the ground.

Nevertheless, owing to the remoteness of the area and the indigenous settlement pattern which includes tiny remote forest hamlets with as few as 1 to 2 households, it is likely that not all households who would have wanted to participate in the consultation meetings were able to attend. Therefore, it is critical that the consultation process cannot stop with the designation process, but needs to continue, and if necessary, boundary and management zones need to be redrawn with the consent of local people if and when the new information about indigenous resource use and rights emerge.

Looking forward, there will be continued emphasis on community integration and making local people stakeholders in conservation efforts. A collaborative management strategy will be developed with patrolling, law enforcement, species conservation interventions, protected area infrastructure and awareness programs, all of which will hold the local communities at their centre. The designation of the National Park is just the first step. To ensure long-term survival of the snub-nosed monkey, along with other local wildlife, it is imperative that better legal protection is provided, that the necessary resources are directed to the area and, critically that the local communities benefit from conservation.

By Grace Beesley for IUCN