Al-Shouf Cedar Nature Reserve, accounting for a quarter of the remaining cedar forest in Lebanon, was declared a Biosphere Reserve by UNESCO in July 2005. Covering approximately 50,000 hectares - or 5% of the total area of Lebanon, the legendary cedar is still revered and remains prominent in the minds of all Lebanese. Some trees are estimated to be 2,000 years old. 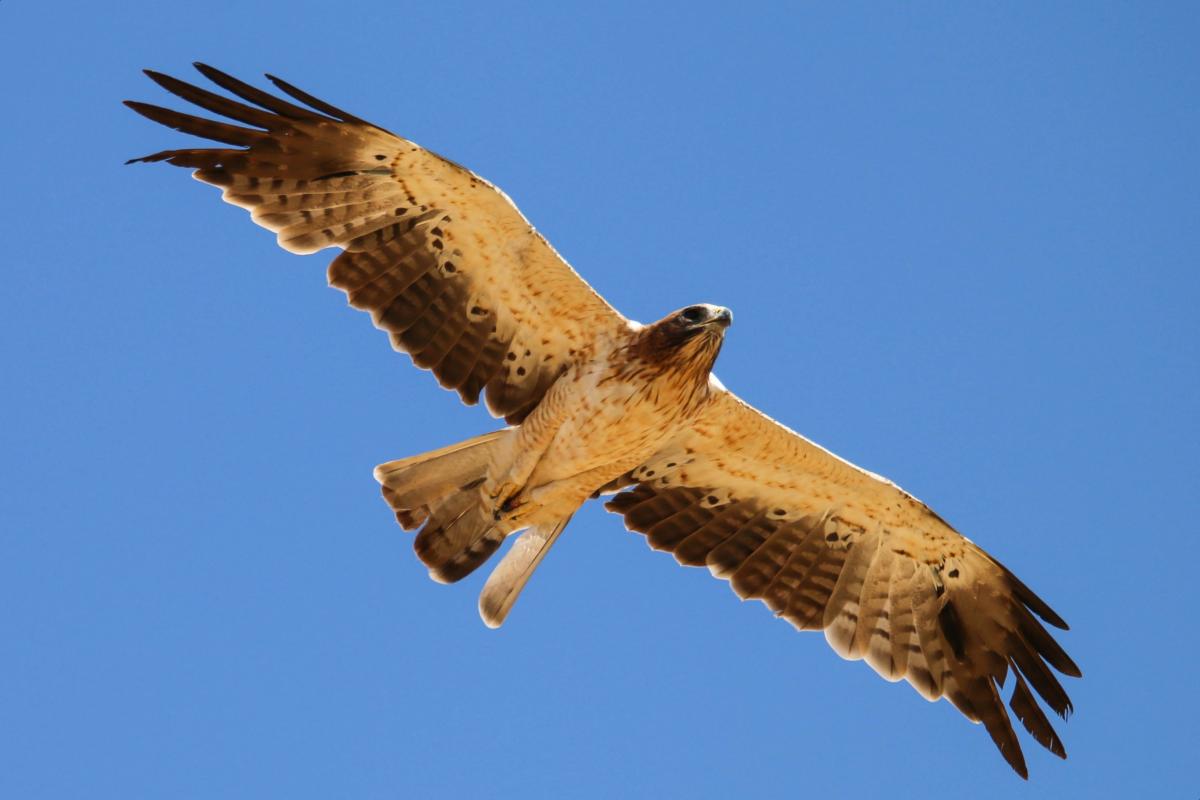 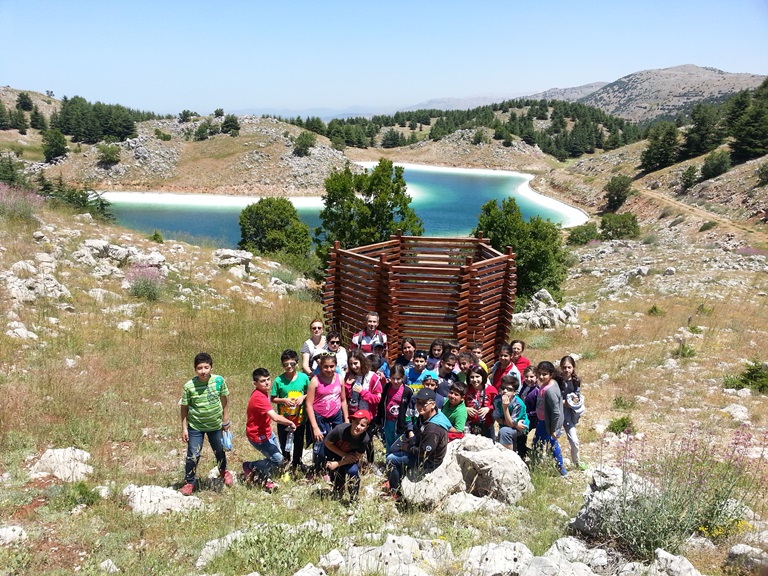 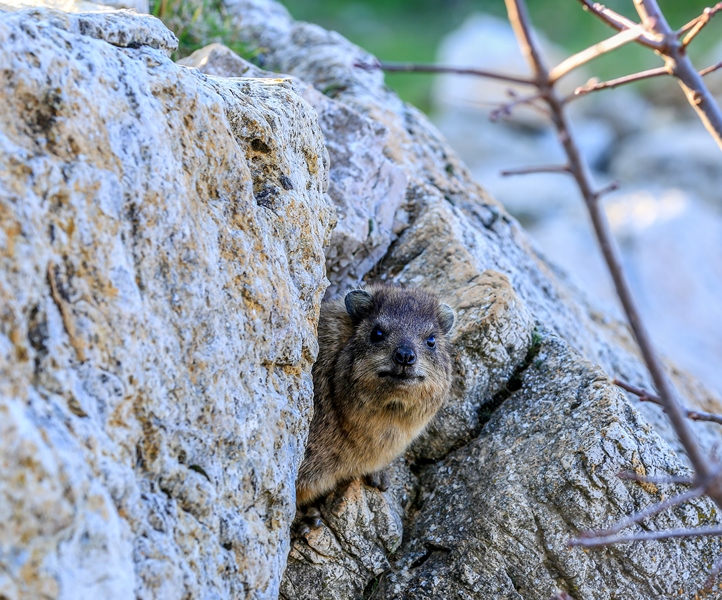 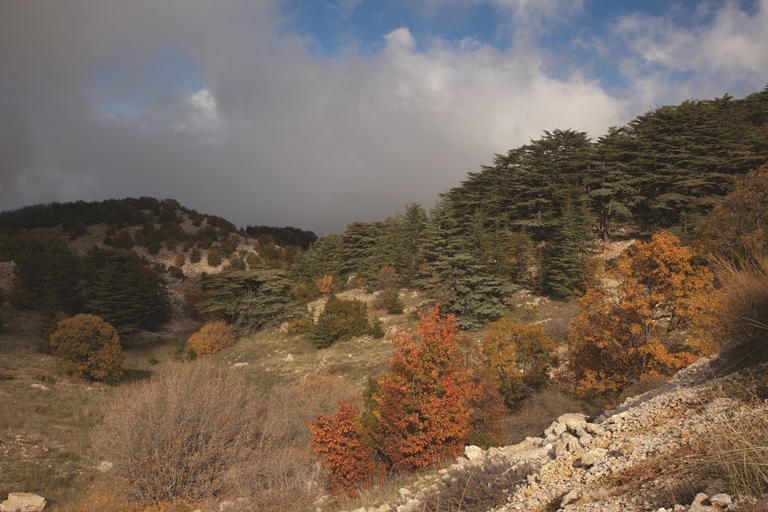 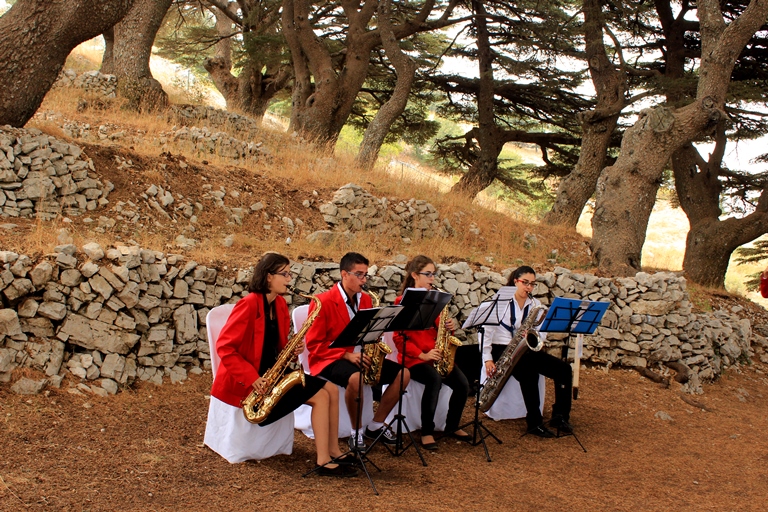 The cedar forests of Lebanon, one of the largest mountain protected areas in the Middle East and the oldest documented forests in history, has featured prominently since the earliest written records dating from the third millennium BC.

The expansion of the Roman Empire into Syria and Lebanon had a detrimental effect on the cedars until the Emperor Hadrian installed markers around the boundary of the remaining forests and declared them as ‘Imperial Domain’. Centuries later, the Ottoman Turks deforested all of the cedar growing areas within easy transport distance of their Hijaz railway to provide fuel for their wood-burning engines. Only the highest and most remote groves escaped damage.

Photo: Amazon
The cedar is featured on the national flag, the national airline, Government logos, the Lebanese currency and innumerable commercial logos. It is the feature of books, poetry, post cards, posters and art. The cedars of Lebanon are an important part of the cultural heritage of the people of Lebanon.

Lebanon only has 12 cedar forests (or groves) that remain. The Shouf Biosphere Reserve (SBR) includes four of these important cedar forests. These forests combined are home to about 25 % of the remaining Cedrus libani in Lebanon, and have the highest level of natural regeneration of this tree. This makes the SBR a critically important site for the long-term conservation and natural propagation of the cedar tree.

Currently, the SBR is under the authority of the Lebanese Ministry of Environment (MOE), which manages it through the Appointed Protected Area Committee (APAC) that includes among its members the Al-Shouf Cedar Society (ACS), the mayors of the larger villages, and independent environment experts. APAC communicates with the Reserve’s Management Team, which deals with the Reserve’s day-today management and planning.

The SBR includes the Shouf Cedar Nature Reserve, The Ammiq Wetland, and 22 villages hosting 70,000 people living around the core and buffer zone of the reserve. The SBR consists of a core zone, a buffer zone, and a transition zone to accommodate their multiple functions.

The altitude of the Shouf Biosphere Reserve varies from 1000 meters to 2000 meters approximately. The whole of the Barouk Mountain is cavernous limestone, with many surface features such as dolines indicating the underlying cavernous forms of the mountain range.

Precipitation in the watershed is the source of both surface stream flow and groundwater. The major portion of this occurs as rain. The rivers that flow in the valleys are the major source of agricultural irrigation and supply a dozen Shouf villages with domestic water as well as some western Bekaa villages. It is also the main source of water for the Ammiq Swamp.

The climate of the area is characterised by cold winters with frequent precipitation as snow and rigorous summers with prolonged physiological drought.

The Shouf Biosphere Reserve harbours a rich flora that includes medicinal, edible, and aromatic plants. The reserve is home to internationally and nationally threatened species, endemic to Lebanon or the Syria/Lebanon/Turkey area, rare species, and species that are restricted to the Eastern Mediterranean or Middle East area.

The SBR is one of the last remaining areas in Lebanon where large mammals that once roamed the region can still be found, such as the wolf, wild boar, and wild cat.

About 290 species of birds have been recorded in the SBR and the Ammiq Wetland (Ramsar site and Important Bird Area-IBA).The region also contains 31 species of reptiles including chameleon, tortoise, and several species of snakes, lizards, frogs, and toads.

The Shouf is a nexus of many cultures, religions, and historical events, all of which have left an imprint that makes the area’s cultural heritage as rich as its ecosystems. The SBR is home to a dedicated group of men and women who work hard to conserve and develop an area they cherish and want to share with visitors.

Many of those who live in the development zone in the SBR play important roles in conserving the natural and cultural value of the region. For instance, many locals who have been working as environmental guides for over a decade know every nook and cranny of their hometown (the 24 villages surrounding the reserve) and the green spaces around it.

Environmental awareness activities raised and facilitated by Shouf Biosphere Reserve is not only limited to students, schools, and universities surrounding the reserve; activities that include environmental awareness sessions, education and fun events, in fact, it spreads across Lebanon. University students, researchers, scientists, ambassadors, bank employees visit the reserve to gather data and/or conduct scientific research about a topic of interest and other related subject matters such as biodiversity. All the above activities and events engage Broadcast and Social media.

An awareness event about the recent water assessment study was introduced to Shouf Biosphere Reserve volunteers addressing different methods of surface water collection and the importance of underground water
Around 1,280 students from public and private schools surrounding the reserve were introduced to the importance of biomass management in order to limit forest fires and preserve the traditional and environmental heritage of the area. They visited the thinning site at Dalboun and Semi plant where eco-briquettes are manufactured followed by demonstration of the shredding machine.

For the purpose of raising awareness about this topic and relevant concerns such as pollution, global warming, climate change, random hunting, and deforestation, several workshops were conducted in most of the villages surrounding the reserve.

Some of the challenges that the reserve faces include the delineation of SBR boundaries and land-use due to the absence of official digital maps, and clear individual property rights. In addition to the absence of an agreed methodology for delineating protected areas; including the delineation and geo-referencing of borders, buffer zones; and identifying private and communal land ownership within the protected area. Only preliminary guidelines exist for land use and landscaping within protected areas and the buffer zones and no training is currently targeted at local authorities, agencies, volunteers and NGOs on applying land use and landscaping guidelines.

Forest landscape management is a challenge due to the lack of high quality seeds and seedlings of adapted species for forest restoration, poor preparation of the soil and planting of seedlings to avoid transplant shock and absence of effective soil preparation techniques to increase soil water retention and storage. Moreover, the presence of mountainous terrain and steep slopes, combined with rain and melting snows, that lead to rapid runoff and floods.
Climate change is expected to affect the reserve through higher mean temperatures and lower annual precipitation.

Agricultural landscapes management challenges as a consequence of excessive pumping of ground water and inefficient distribution systems for farmland irrigation that threatens dry-season water levels. In addition to the lack of maintenance and rehabilitation of old terraces to produce quality yields and insufficient biomass from agriculture (olive pulp) or forests (woodchips) to satisfy the requirement of mass producing briquettes for heating and cooking.

The Shouf Biosphere Reserve proudly hosted the IUCN WCPA Steering Committee in 2018. A video featuring IUCN colleagues and WCPA members and can be seen here:

This article is published as part of the 'Inspiring Places' section in the Protecting the Planet newsletter.