Worldwide, there is mounting recognition of the significant role Indigenous Protected and Conserved Areas (IPCA) and Indigenous Peoples’ and Community Conservation Areas (ICCA) can play in biodiversity conservation and the protection of culture heritage. At the heart of Clayoquot Sound on the west coast of Vancouver Island in Canada, a new model of parks and protected areas emerged in the early 1980s from time immemorial. Since then, the Tribal Park model pioneered by Tla-o-qui-aht (a Nuu-chah-nulth Nation) has touched the hearts and minds of a diversity of people across the globe. Today, Tribal Parks add their voice to the growing chorus of Indigenous Peoples across Canada who are engaged in good faith with the governments of Canada to speak words of advice for achieving Canada’s commitment to the UN Convention of Biological Diversity’s Aichi Target 11, in the spirit and practice of reconciliation. 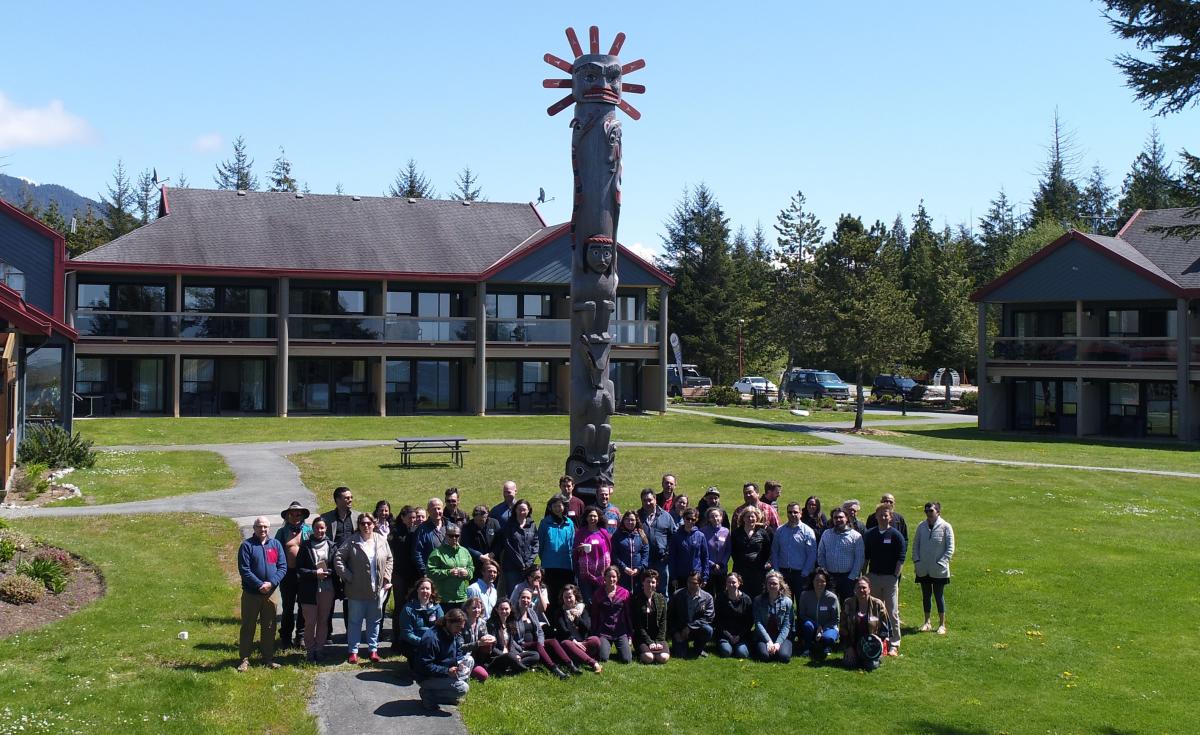 The Pathway to Target 1, the Canadian version of UNCBD’s Aichi Target 11, represents Canada’s process to meet the promise to protect and effectively manage 17% of its terrestrial ecosystems and inland waterways, plus 10% of its marine and coastal ecosystems by 2020. Indigenous Peoples involved have stated unequivocally that this target could be achieved overnight if Canada truly adopts the United Nations Declaration on the Rights of Indigenous Peoples (UNDRIP), the 94 calls to action of the Truth and Reconciliation Commission of Canada, and finally honours the Peace and Friendship Treaties that form the constitutional foundation of the nation.

In a historical act of good faith in 2017, the Canadian government embraced the creation of The Indigenous Circle of Experts (ICE) for The Pathway to Target 1. ICE’s mandate is to ensure Target 1 is fulfilled in accordance with those domestic multi-national priorities. As the lead federal agency, Parks Canada headed up the initiative with the strong co-lead support from the province of Alberta representing provincial and territorial governments in The Pathway endeavour. With this broad, multi jurisdictional support, ICE held four regional gatherings across Canada over a six-month period starting in Clayoquot Sound on the west coast of Vancouver Island and ending in Winnipeg Manitoba. View the videos for the ICE Regional Gatherings: Western, Eastern, Northern, and Central.

After hearing from many Indigenous Nations across Canada, the ICE was prepared in the fall of 2017 to make its initial offering including draft report and recommendations, and over the winter of 2017/2018 have prepared its final offering which will be brought into ceremony before being presented to lead ministers and ultimately released to the public at large in the spring of 2018. However, percentages and target dates aside, the Indigenous Peoples of Canada remain in a state of sacred urgency as we look to our brothers and sisters throughout the circle of life, and seek to re-establish balance within our territories. Reconciliation is not just needed between diverse elements of society, it is also needed between humanity and the environment.

To achieve this multi-level reconciliation, several key innovations must move forward in parallel. Of high priority to the Indigenous Circle of Experts is the appropriate recognition of those modern-day applications of traditional governance values and principles; Indigenous Protected and Conserved and Areas (IPCAs). Canada is the second largest country in the world by area (9.98M km2) with borders on Atlantic, Arctic and Pacific Oceans, with a protected area system that is world renowned. Investing in the new forms of Indigenous Protected and Conserved Areas and linking them to the park systems would achieve incredible positive outcomes for biodiversity conservation, local livelihoods, climate change adaptation and a reconciled relationship with the country’s Indigenous Peoples.

Read the report and recommendations of the Indigenous Circle of Experts for the Pathway to Canada Target 1.