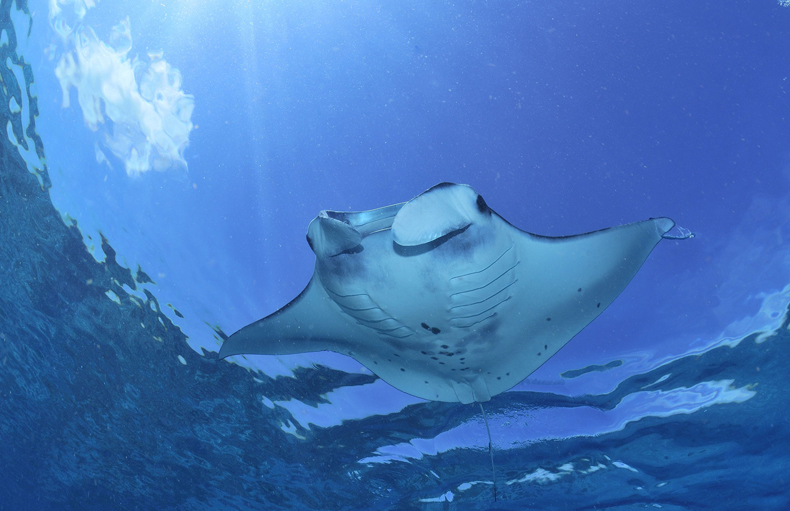 Inscribed as a World Heritage Site in July 2016, the Revillagigedo Archipelago was declared a national park of Mexico in November 2017. The presidential declaration bans fishing, mining, and tourism development in the reserve and on the islands, creating the largest no fishing area of North America.

The Revillagigedo Archipelago comprehends four islands – Clarión, Socorro, San Benedicto y Roca Partida – which are found at 540 Km from Los Cabos in Baja California Sur and at 890 Km from Manzanillo in Colima. Located in the convergence of two ocean currents, the area is a gigantic hub for open water and migratory species and is home to 233 species of plants and almost 750 species of animals such as whales, dolphins, sharks, sea turtles and fish including 26 species of endemic fish. It is also a wintering and calving area for the humpback whale. It will also help maintain the connectivity of the Pacific Ocean's ecosystems, including other protected areas in that extensive marine corridor, such as Clipperton Atoll, the Galapagos Islands and Cocos Island, in Costa Rica. 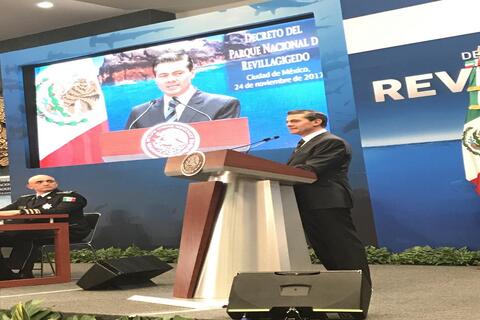 The area has suffered from industrial fishing, climate change and hurricanes affecting its wildlife.  The complete elimination of fishing, mining and tourism activities is expected to help the area recover, while contributing towards climate change mitigation. "I want to make clear that we will protect Mexico's natural heritage. Fishing that is not sustainable, is not admissible" stated President Peña Nieto.

“With the creation of the reserve, Mexico has protected almost 23 per cent of its marine territory” says Dan Laffoley, IUCN WCPA Marine Vice Chair. “This brings us one significant step closer to reaching Aichi Target 11.”

Revillagigedo is already listed on Protected Planet, the World Database on Protected Areas as a Biosphere Reserve, World Heritage site, and a Ramsar site.

Aichi Target 11 : By 2020, at least 17 per cent of terrestrial and inland water areas and 10 per cent of coastal and marine areas, especially areas of particular importance for biodiversity and ecosystem services, are conserved through effectively and equitably managed, ecologically representative and well-connected systems of protected areas and other effective area-based conservation measures, and integrated into the wider landscape and seascape.

The Archipiélago de Revillagigedo on the World Heritage List