An indigenous-led strategy for conservation in IUCN 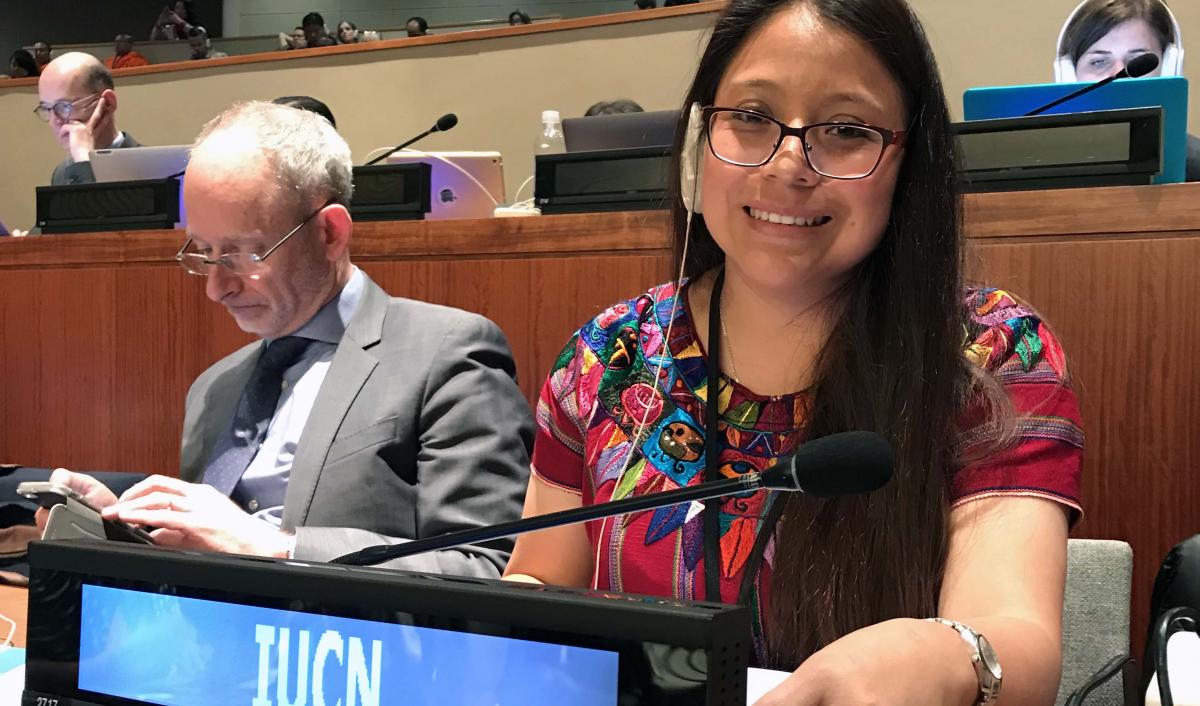 Allow me first, Madam Chair, to congratulate you on your appointment to chair the Permanent Forum at its seventeenth session and to wish you success in your functions.

I am pleased to make this statement on behalf of the International Union for Conservation of Nature (IUCN) and thereby join these important discussions, with fellow indigenous peoples from around the globe.

In making this statement, IUCN would like to highlight recent notable advances for indigenous peoples issues in conservation.

IUCN is a membership Union uniquely composed of government and civil society organisations, as well as indigenous peoples’ organisations.  IUCN Members take part in a democratic process, voting on Resolutions which drive the global conservation agenda. Through its Members, IUCN has the mandate for advancing indigenous issues within conservation and over past years has been updating the UNPFII on these efforts.

As reported to the UNPFII at its sixteenth session, during IUCN’s Sixth World Conservation Congress in 2016, Members adopted a decision to create a new separate category of membership for Indigenous Peoples’ Organisations. We at IUCN are extremely proud of having reached this monumental decision and we encourage other organizations to explore how the voice of Indigenous Peoples can be reflected in the governance of these organizations.  For us at IUCN, this was the first time in our 70-year history during which IUCN reformed its membership categories. And this reform was instituted specifically to meet the demands of indigenous peoples’ organisations.  The landmark decision opened the opportunity to strengthen the presence, voice and role of indigenous organisations in IUCN.

IUCN’s Member Indigenous Peoples Organisations, which currently include seventeen organisations from six continents, convened as a group for the first time in March of this year to determine joint priorities and how to engage with each other and within IUCN moving forward. They drafted a comprehensive and ambitious self-determined strategy for advancing indigenous issues within IUCN and more broadly in conservation.

They are also working in collaboration with IUCN’s expert Commissions and Secretariat to ensure an effective participation of indigenous peoples in the implementation and future directions of IUCN’s Programme.

It is important to note, however, that the broader IUCN program has a long history of working closely with indigenous peoples through IUCN’s programmatic on-the-ground engagement. From Asia, to Africa, the Pacific and the Americas, the voice and engagement of indigenous peoples in the IUCN programme of activities have been a constant. Much has been learned by IUCN from the indigenous voices during the years. Indeed, IUCN is acutely aware that indigenous peoples are often the best stewards of the land and the best managers of sustainable ecosystems.

The complexities of issues to be addressed and ambitious nature of the strategy will be complex but offers massive opportunities, and IUCN stands ready to support the implementation of this indigenous-led strategy and its Indigenous Peoples Organisation Members.

IUCN looks forward to advancing its work with indigenous peoples and in continued engagement with the UNPFII.