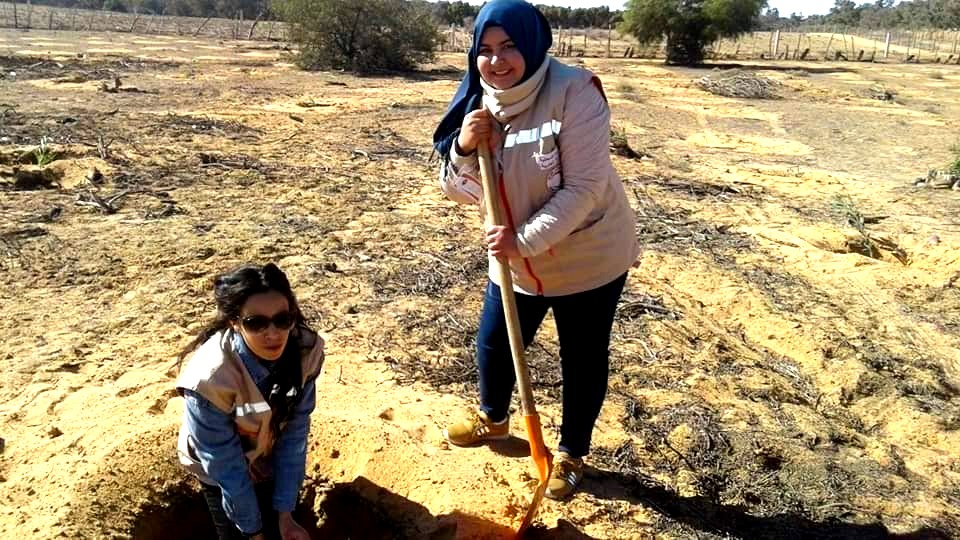 “Nature-Based Solutions” is a concept that IUCN has been developing, to the extent of turning it into an international standard. The role of NbS is considered essential in mitigating the impacts of climate change, managing natural risks and enhancing resilience between individuals and ecosystems. The International Union for the Conservation of Nature describes them as “actions to protect, sustainably manage, and restore natural or modified ecosystems, that address societal challenges effectively and adaptively, simultaneously providing human well-being and biodiversity benefits ”.

For forests, these practices mean increasing resilience to the effects of climate change through reforestation, ecosystem adaptation and more.

In Tunisia, the association “Les Amis de Capte,” based in Bizerte supports reforestation and agricultural transition initiatives of local farmers as part of PPI-OSCAN programme.

The association promotes the use of environmental corridors to increase connectivity between biotopes, which contribute to the sustainability of agro-systems widely represented in the area of this project. These techniques make it possible to participate in the reforestation of land through:

So-called “environmental corridors” ensure and restore the flow of species therefore protecting animal and plant biodiversity, as they allow species to move and to perpetuate themselves. Thanks to these environmental corridors, the association is helping to restore the ecosystem and preserve local biodiversity in the Oued Tine area located between the governorates of Bizerte and Manouba. 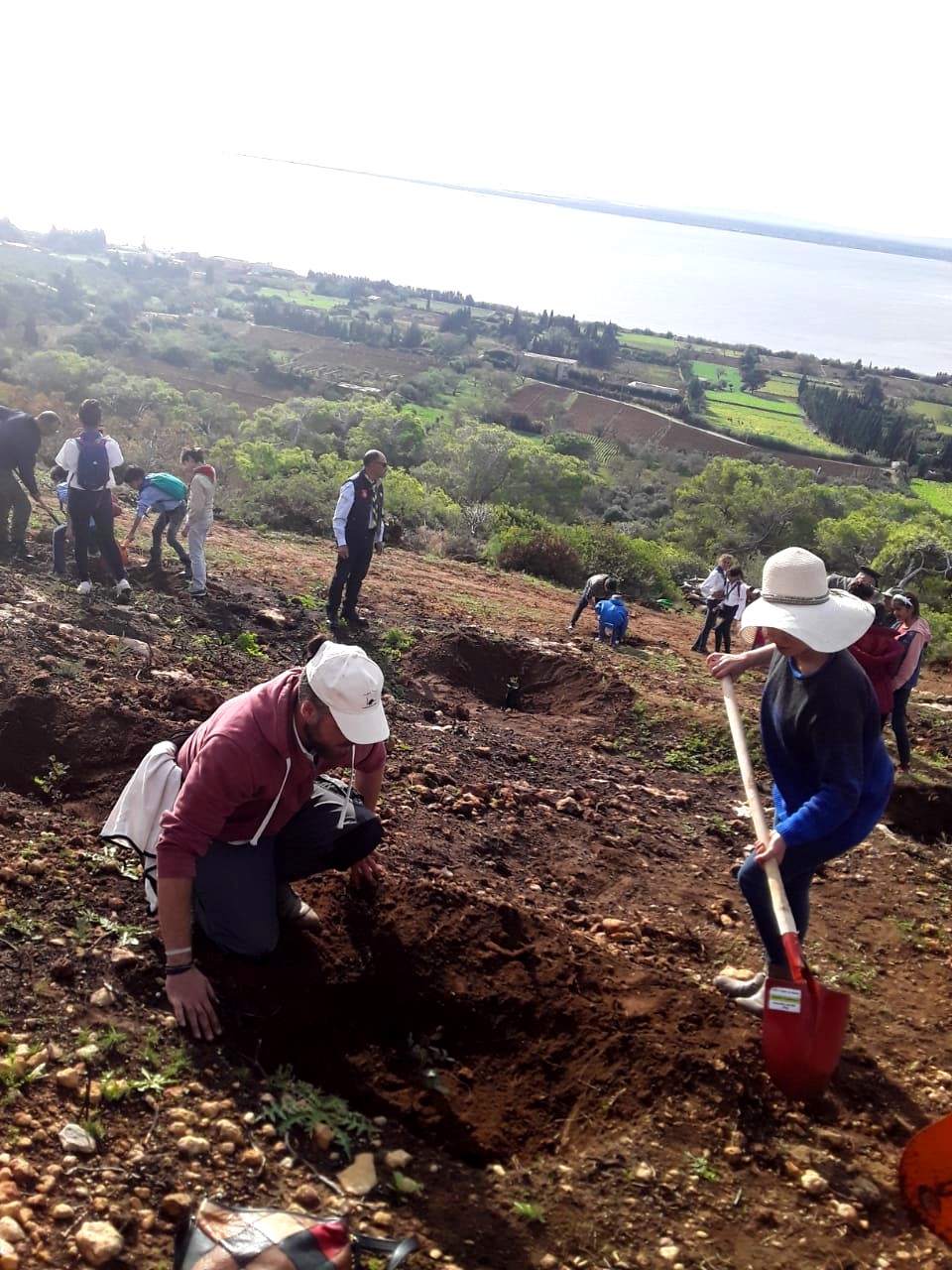 2. Recovering part of the burned forest area in the Cyrenaica region (Libya)

In Libya, the New Libya association is working to restore a 301-hectare forest ecosystem in the Cyrenaica region. Fires that took place in 2013 and 2014 and affected 25% of the plant species in this area. Through reforestation and environmental education, the project aims to raise awareness and recover part of the burned forest area. The association also intends to improve the socio-economic situation of the country by working closely with international institutions. 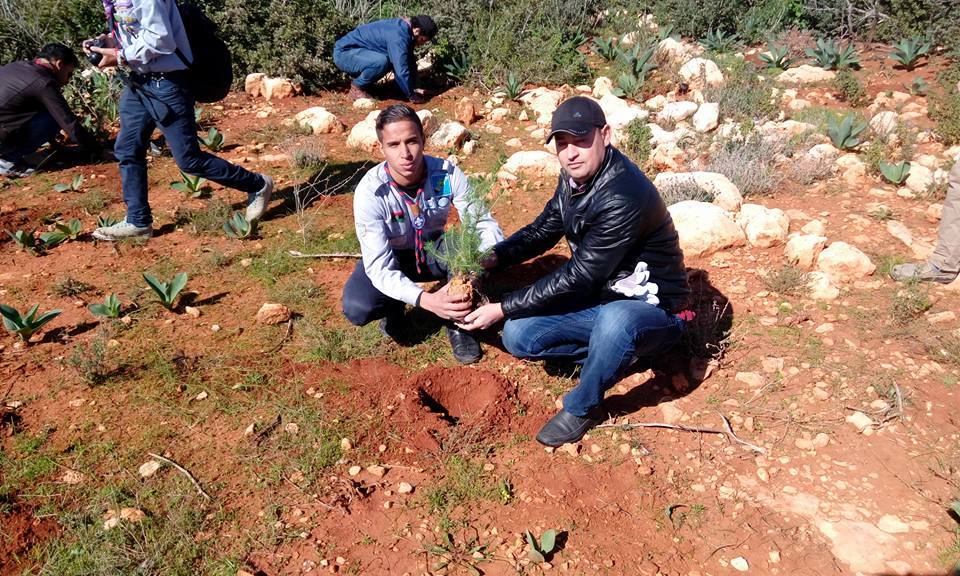 In the northwest of Tunisia in Jendouba, the Association of Women, Youth and Children is adapting the oak forest in the village of Bni Mtir to facilitate access to a waterfall. The goal is to make ecotourism possible by encouraging the participation of women and young people in local governance. Indeed, enhancing the value of this oak forest will allow the local population to protect its ecosystems while obtaining a source of income from local ecotourism. 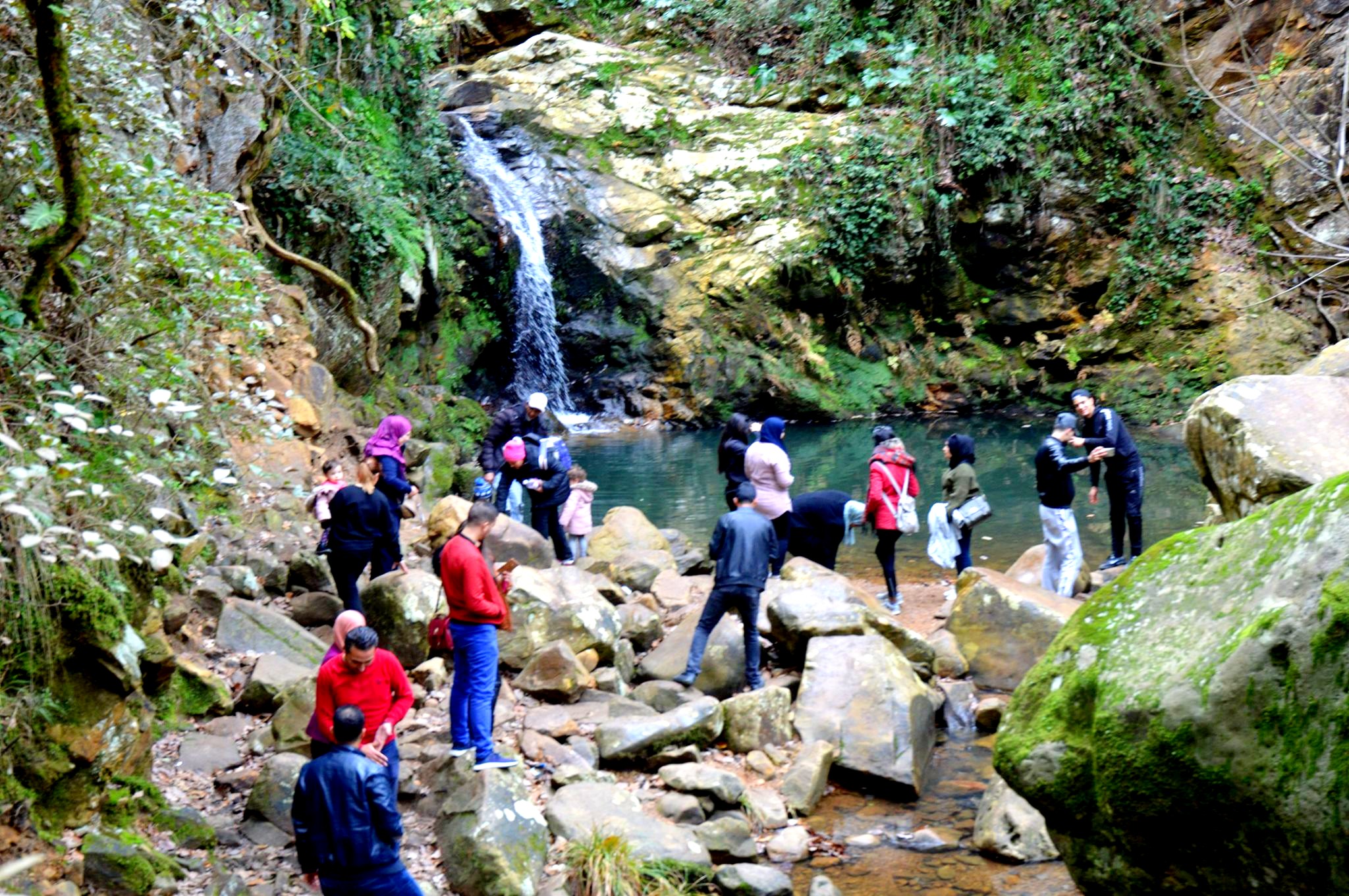 4. Rehabilitation of endemic trees with the help of peasants and shepherds in Ain Sefra (Algeria)

In Algeria, the work of association "La Terre Verte" focuses on restoring the habitat o Atlantic pistachio (Pistacia atlentica) - a North African endemic species - as a part of the project “ Contributing to the rehabilitation of fragile ecosystems”. The aim of this project is to work with peasant-pastoralists to disseminate the species. Once the tree has been restored, an axis will be devoted to the environmental education of schoolchildren and a small seed bank (pastoretum) will be created.

The association created in 2018 acts for the preservation of the national natural heritage amongst others. 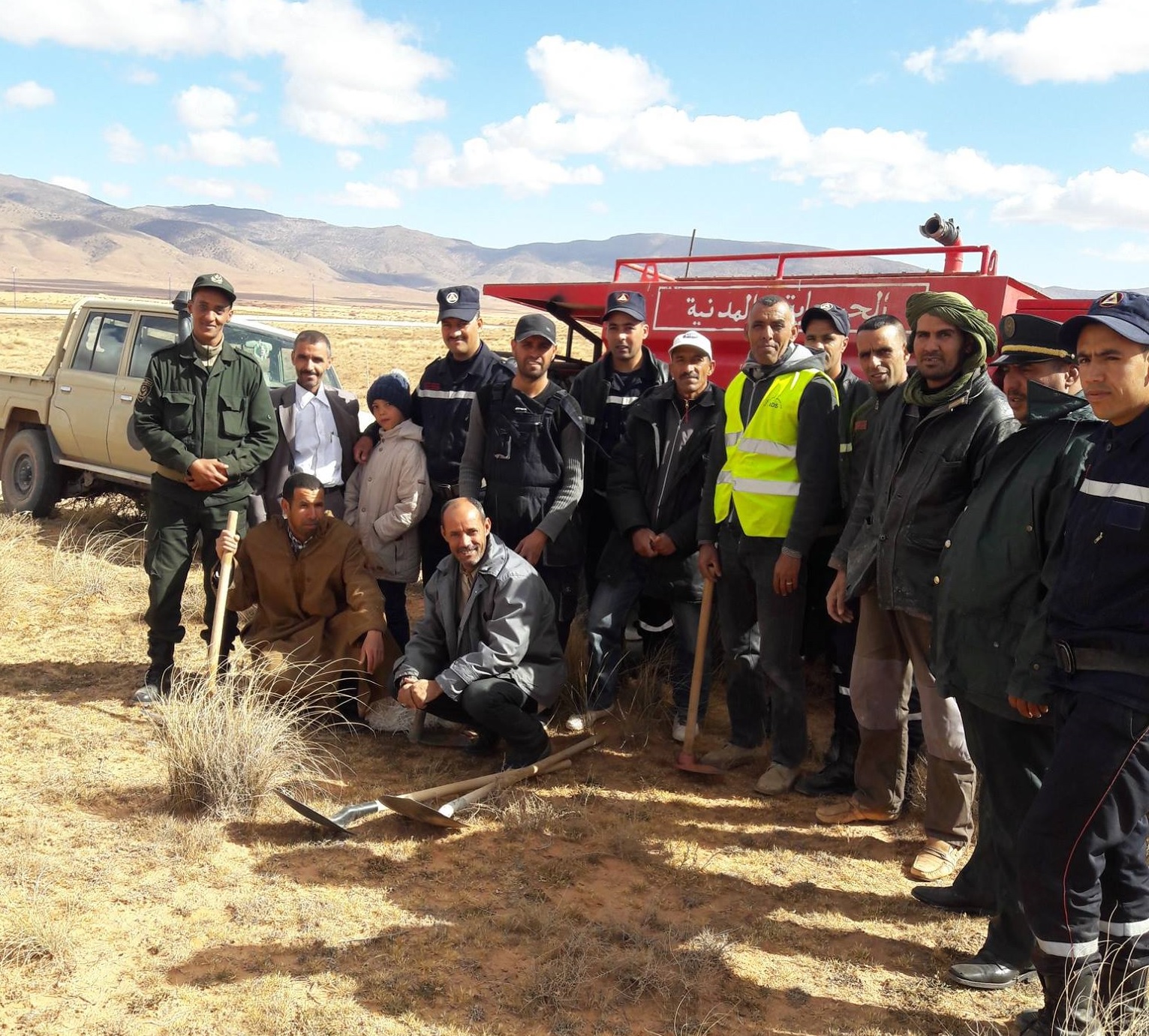 The members of the Al Amal Association for Development for the Development of Women in Morocco are taking action through a project to value the natural resources of Al Hoceima National Park. The participatory restoration of the Barbary thuja (Tetraclinis articulata) aims to protect one of the most drought-tolerant species but also one of the most endangered in North Africa. Demographic pressure and human over-exploitation have put this species at threat, especially over the last century.

The quality of the wood, which allows the creation of small sculptures and works of art, represents a source of income for the local population and for women. This wood is also used as firewood, and its “sandaraca resin” has been very successful as it allows the production of perfumes, varnishes and incense. This project also includes the creation of a nursery of aromatic and medicinal plants. 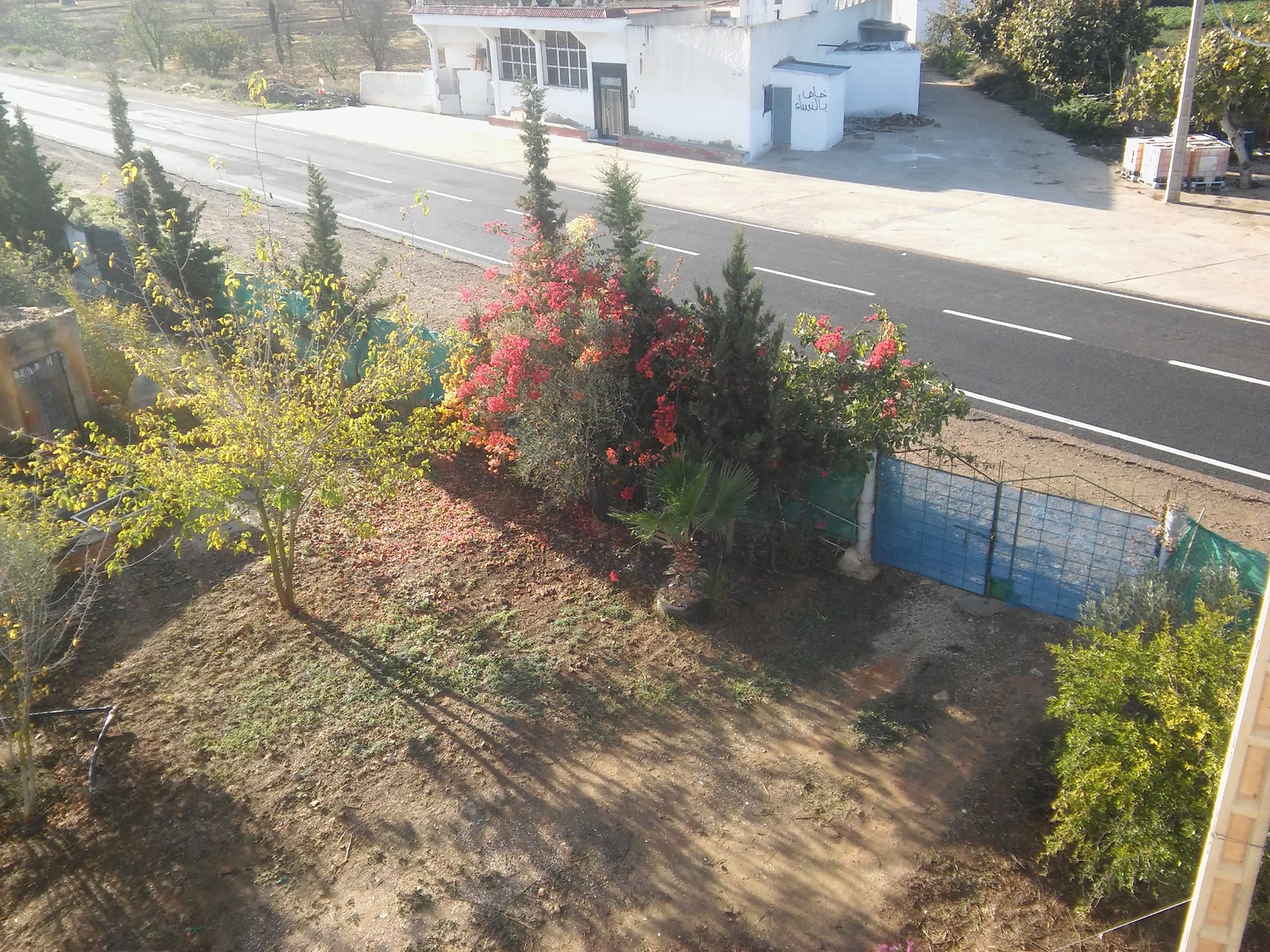 And yet, what will be the future for North African forests? PPI-OSCAN 2 associations strive to protect their ecosystems working with other local organizations to maximize impact. In addition, many governments are taking new measures to stop deforestation and even promote reforestation.