Over 200,000 tonnes of plastic leaking into the Mediterranean each year – IUCN report

Gland, 27th October 2020 (IUCN) - A new IUCN report finds that an estimated 229,000 tonnes of plastic is leaking into the Mediterranean Sea every year, equivalent to over 500 shipping containers each day. Unless significant measures are taken to address mismanaged waste, the main source of the leakage, this will at least double by 2040. 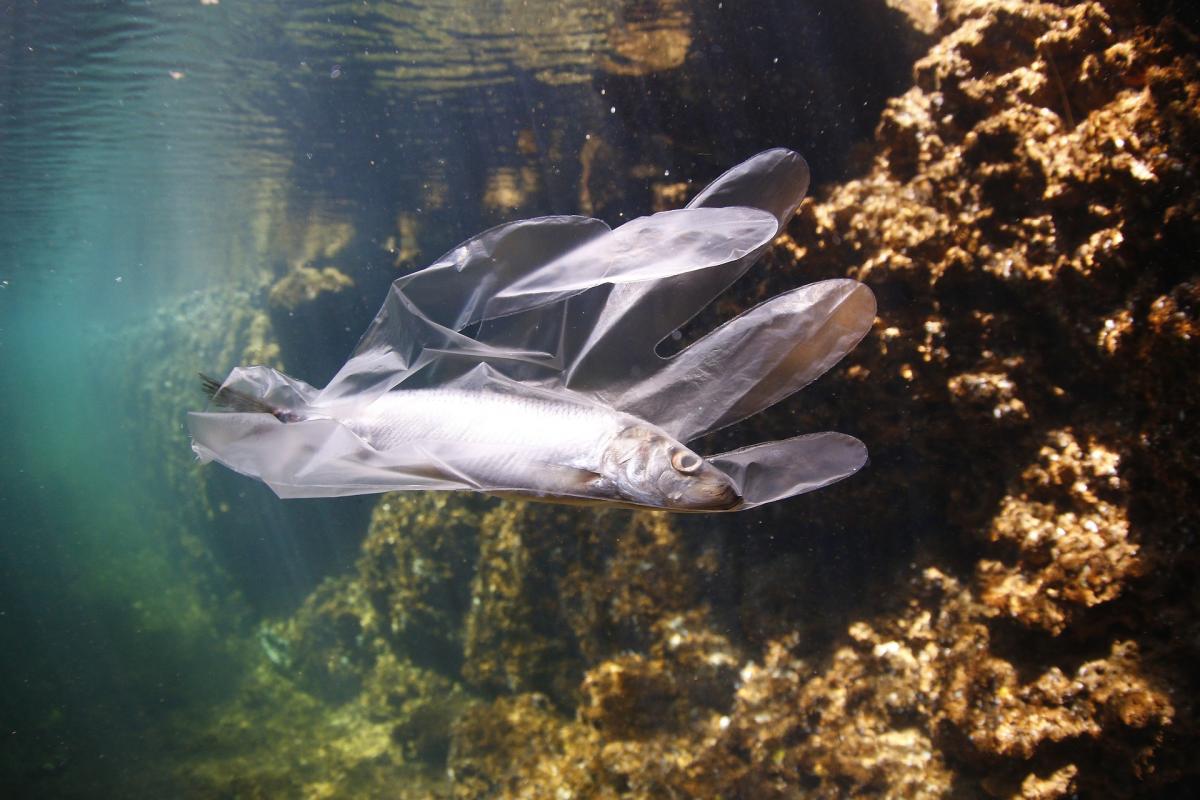 Based on a compilation of data from field studies and using the IUCN marine plastic footprint methodology, the report, Mare Plasticum: The Mediterranean, developed in partnership with Environmental Action, estimates plastic fluxes from 33 countries around the Mediterranean basin.

It finds that macro-plastics resulting from mismanaged waste make up 94% of the total plastic leakage. Once washed into the sea, plastic mostly settles in the sediments in the form of microplastics (particles smaller than 5mm). The report estimates that more than one million tonnes of plastic have accumulated in the Mediterranean Sea.

Plastic pollution can cause long-term damage to terrestrial and marine ecosystems and biodiversity. Marine animals can get entangled or swallow plastic waste, and ultimately end up dying from exhaustion and starvation. Additionally, plastic waste releases chemical substances such as softeners or fire retardants into the environment, which can be harmful to both ecosystems and human health, especially in a semi-closed sea such as the Mediterranean. As this report makes clear, current and planned measures are not enough to reduce plastic leakage and prevent these impacts, said Minna Epps, Director, IUCN Global Marine and Polar Programme.

For primary microplastics – plastics that enter the oceans in the form of small particles, as opposed to larger plastic waste that degrades in the water – the plastic flow into the Mediterranean is estimated at 13,000 tonnes/year. Tyre dust is the largest source of leakage (53%), followed by textiles (33%), microbeads in cosmetics (12%), and production pellets (2%).

Based on a projected annual increase in global plastic production of 4%, the report lays out different leakage scenarios and assesses key actions that could contribute to cutting plastic flows into the Mediterranean over next 20 years. It finds that under a business as usual scenario, annual leakage will reach 500,000 tonnes per year by 2040, and underlines that ambitious interventions beyond current commitments will be required to reduce the flow of plastic into the sea.

Improving waste management, starting with waste collection, has the greatest potential to reduce plastic leakage over time, according to the report. It finds that more than 50,000 tonnes of plastic leakage into the Mediterranean could be avoided each year if waste management were to be improved to global best practice standards in the top 100 contributing cities alone. Additionally, the report highlights that bans can be effective interventions if widely implemented – for instance, it estimates that a global ban on plastic bags in the basin would further reduce plastic leakage by around 50,000 tonnes per year.

Plastic pollution is harmful to marine wildlife, e.g. through entanglement, or by causing starvation when ingested. It is also thought to accumulate in the food web, with potentially negative impacts on human health.

This report is part of a series of publications under IUCN’s Close the Plastic Tap programme. The publication has been supported by Mava Foundation.

The publication is available here.