The rise in demand for products derived from animals and plants, such as elephant tusks or precious wood, is causing an increase in illegal logging and poaching in natural World Heritage sites. The World Heritage Committee, which holds its annual meeting this week in Istanbul, today discussed necessary action to address this threat, following the advice of the International Union for Conservation of Nature (IUCN), the official advisory body on nature to the Committee. 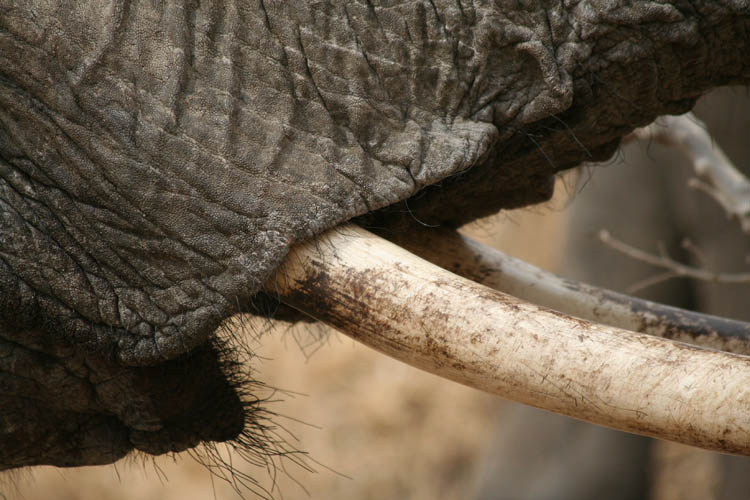 “Sadly illegal wildlife trade is increasingly affecting natural World Heritage sites,” says Peter Shadie, Senior Adviser on World Heritage at IUCN. “This calls for a strong, coordinated response from the international community to stop it. We must all work together to safeguard our most precious natural areas for future generations.”

In the Dja Faunal Reserve, the increase in poaching is leading to a worrying decrease in the number of large mammals, including endangered forest elephants and western lowland gorillas. The population of elephants is most at risk, with an estimated 420 left in the reserve. Anti-poaching efforts by the government of Cameroon have resulted in the seizure of 79 ivory tusks in 2015 and various NGO partners are supporting the government to ensure the site’s long-term conservation.

Inscribed on the World Heritage List in 1987 for its outstanding biodiversity and pristine condition, the reserve is one of Africa's most species-rich rainforests and is almost entirely surrounded by the Dja River. Its varied ecosystem homes 100 species of mammals and many globally threatened plants and animals, such as the chimpanzee, the leopard and the bongo.

In Thailand’s Dong Phayayen-Khao Yai Forest Complex, illegal logging and trade continue as a result of the rising market value of Siamese rosewood. Despite the government’s efforts to address the threat and coordinate patrols with Cambodia, further international cooperation is needed, particularly between neighbouring countries including China, Cambodia, Viet Nam, and Lao PDR.

Following IUCN’s advice, the measures requested by the World Heritage Committee include increasing collaboration to stop illegal logging within the site, intercept shipments and reduce demand for Siamese rosewood at their destinations.

Dong Phayayen-Khao Yai was inscribed as a World Heritage site in 2005 due to its importance for the conservation of threatened species, such as the Critically Endangered Siamese crocodile, the Endangered Asian elephant and tiger. The forest complex acts as a crucial source of water, feeding five of the country’s major rivers.

Combatting illegal wildlife trade will be among key nature conservation and sustainable development issues on which the 2016 IUCN World Conservation Congress will trigger action. The Congress will take place from 1 to 10 September in Hawaiʻi, USA.