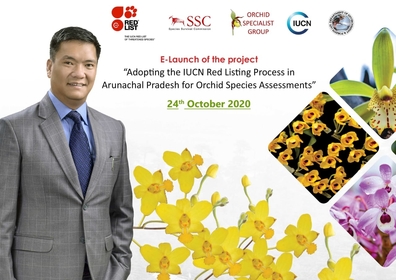 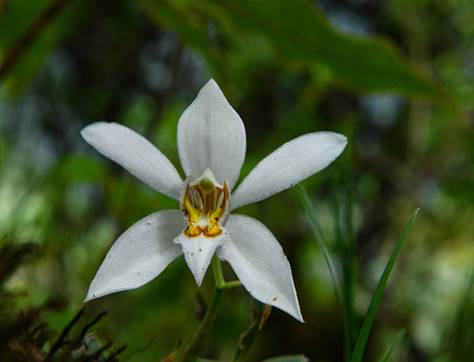 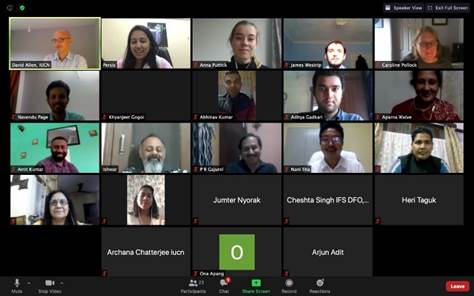 Established in 1964, the International Union for Conservation of Nature’s Red List of Threatened Species has evolved to become the world’s most comprehensive information source on the global extinction risk status of animal, fungus and plant species.

IUCN will be supporting the State of Arunachal Pradesh in assessing their unique and diverse Orchid species with an initial short-term objective of completing Red List assessments for all orchids in the State of Arunachal Pradesh (over 600 species). The results of these assessments will be showcased at the national and global events such as the Conference of the Parties 15 of Convention on Biological Diversity (CBD) as well as IUCN’s World Conservation Congress 2020, rescheduled in 2021, in Marseille, France due to COVID-19.

Shri Mama Natung, Hon'ble Minister of Environment & Forests, Arunachal Pradesh, graced as Chief Guest in the event and emphasized on the potential of a revenue-generating model of Orchids for the national and international audience. There is ample research on the State's flora and fauna, but this information is seldom applied for policy-making decisions. Dr. T. P. Singh, Deputy Regional Director, IUCN Asia Regional Office, Bangkok highlighted that this project is a strategic initiative of Government of Arunachal Pradesh to collaborate with IUCN to facilitate conservation of the State's rich biodiversity. Dr. Vivek Saxena, Country Representative, IUCN India, informed that the IUCN Red List is a critical indicator of the health of the world's biodiversity. The assessment would provide vital information about a range, population size, habitat and ecology, use or trade, threats, and conservation actions to inform Orchids' necessary conservation decisions in the State. Dr. David Allen, Regional Biodiversity Assessment Officer, Species Cambridge Unit has assured all support for the success of the project through capacity building of the scientific personnel and Forest Department officials.

In January 2020, Government of Arunachal Pradesh signed a MoU with IUCN India to support and the project on Red List Assessment, being initiated first time at sub-national level in India. However, due to the pandemic, the project had a delayed start in June 2020. Groups of officers, scientists, and researchers have been imparted online training about Red List Assessment methodology by experts from IUCN Red List Unit based in Cambridge, U.K.

In recent times, Orchids are depleting at an alarming rate due to over-exploitation. This study is thus very timely and most appropriate for a biodiversity rich State of Arunachal Pradesh. The e-launch was also attended by officials from Ministry of Environment, Forests & Climate Change, National Biodiversity Authority - Chennai, Scientists from Wildlife Institute of India - Dehradun, National Research Centre on Orchids – Sikkim, IUCN Asia Regional Office – Bangkok, and other experts.