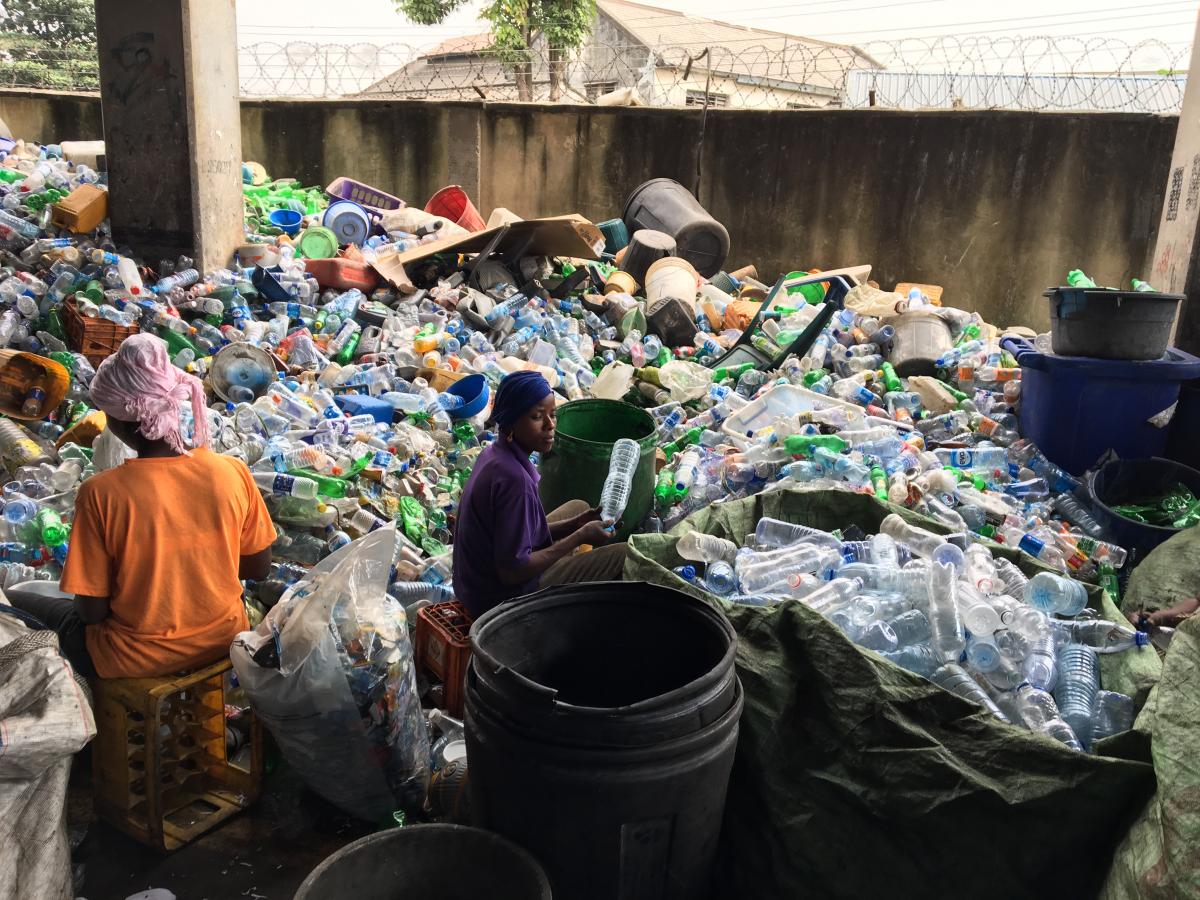 In Nigeria, Stella Mojekwu pauses with worry when she sees a seemingly commonplace view: women applying lotions, deep frying foods to eat, and handling other oil-based products. As the Chief Environmental Scientist at the Federal Ministry of Environment in Nigeria, Stella wonders if they contain polychlorinated biphenyl, a chemical substance more commonly known as PCB.

An organic chlorine compound with high solubility in most organic solvents, WECF International has also noted that PCB, which is often found in transformer oil, is used by Nigerian women in as wide a range of activity from cooking, to producing lotions, cosmetics and even treating head lice[1]. Difficult to break down, PCB has largely remained in wide use due to its longevity, i.e. to extend the use of cooking oil. However, such perceived benefits come at a steep cost: PCB is a recognised carcinogen that has also been found to be the culprit in cases of endocrine (or hormone) disruption and neurotoxicity.

Due to its classification as a persistent organic pollutant (POP), PCB has been banned by many countries through the Stockholm Convention of Persistent Organic Pollutants in 2001. The Convention listed PCB as one of the 12 worst POPs, known as the ‘dirty dozen,’ that “persist in the environment, bio-accumulate through the food web, and pose a risk of causing adverse effects to human health and the environment.”[2]

When managing and stemming the spread and use of dangerous chemicals internationally, the Stockholm Convention works in tandem with the Basel and Rotterdam Conventions, together known as the BRS Conventions. Though separate conventions, the BRS Conventions share a common objective of protecting human health and the environment from hazardous chemicals and wastes. In 2006, the three Conventions started a process to enhance their cooperation and coordination while maintaining their legal autonomy, including by developing a joint Secretariat in 2012.[3] Broadly, the Basel Convention covers explosive, flammable, reactive, poisonous, infectious, corrosive, toxic or ecotoxic hazardous wastes. The Convention requires Parties to control their import-export of wastes, as well as taking measures to ensure that hazardous waste by-products are reduced to a minimum. The Rotterdam Convention obligates Parties to implement regulatory actions for pesticides and industrial chemicals that have been banned or severely restricted by Parties due to health or environmental reasons. In the Stockholm Convention, Parties must eliminate 15 named pesticides and seven industrial chemicals and chemical by-products, of which PCB is one.

Initially, the Conventions focused on international trade and regulations covering the industrial management of hazardous chemicals. The Conventions have since made a shift and noted that the hazardous materials cannot be fully managed without considering the human use of these materials throughout the world, such as the illustrative case of the women of Nigeria. Applying and consuming PCB, these women unknowingly damage their hormonal systems, particularly oestrogen; PCB can bioaccumulate in their bodies, thereby affecting the development of their children through their pregnancies and breast milk. In recognition of the differentiated impacts these chemicals have on women and men, the BRS Secretariat established a Gender Task Team in 2012. In 2013, the Task Team developed a BRS Gender Action Plan (BRS-GAP), which was updated in 2016, to identify the “short, medium and long-term goals and monitoring and reporting plans” to ensure “the principles of gender equality are firmly embedded in activities undertaken by the BRS Secretariat.”[4]

Recently, at an official side event to the 2017 Conference of Parties to the BRS Conventions co-sponsored by the BRS Secretariat and WECF,[5] IUCN GGO unveiled its Environment and Gender Information (EGI) platform analysis to help measure the progress the Parties to the Conventions have taken to pave a more equitable path to a safer and more sustainable future free of known, harmful chemicals. This EGI analysis was conducted in partnership with the BRS Secretariat to support the goals of the BRS-GAP, particularly to develop indicators and baseline information on gender-related issues. The report measures the participation of women:

The analysis also investigates how gender equality considerations are included in Parties’ reporting, and Convention documents, including through:

As key stakeholders reflect upon the current, baseline status of the objectives of the BRS-GAP, the results of the study are encouraging. A staggering number of initial NIPs (91%) contained at least one gender and/or women keyword – indicating recognition to some extent of gender considerations and, most commonly, the differentiated impacts of chemicals and pollutants on women and men. Yet, Parties are not yet fully integrating or mainstreaming gender considerations within their planning and reporting documents. The study finds that there are many available entry points for enhancing gender mainstreaming to achieve the objectives of the BRS-GAP and the obligations under the Conventions. Some areas of consensus that appeared at the recent BRS COPs include a focus on public awareness raising, education and capacity building to ensure a safer, more sustainable, and more equitable future for all.

Click here to read the full report analysing Women’s participation and gender considerations in country representation, planning and reporting to the BRS Conventions.

[4] Secretariat of the BRS Conventions. Gender overview. Retrieved May 09, 2017, from http://www.brsmeas.org/Gender/Overview/tabid/3651/language/en-US/Default.aspx

[5] This EGI analysis, as well as WECF projects in Nigeria and Indonesia, is part of the BRS Secretariat-coordinated, Integrating gender issues into the implementation of the BRS Conventions project, with support from the Federal Government of Germany and the Government of the Kingdom of Sweden.