A new call to bring 30 million hectares of degraded and deforested landscapes into restoration in Europe, the Caucasus and Central Asia by 2030 in support of the Bonn Challenge announced at Climate Action Summit. 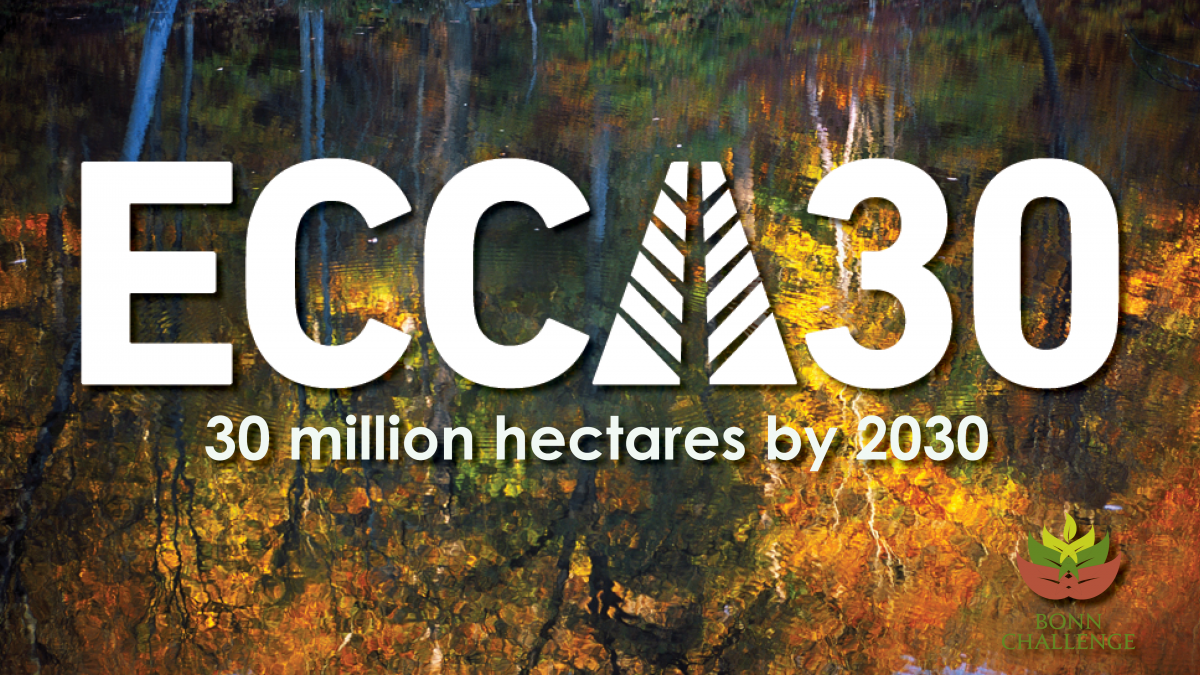 Caused by human activity and bio-physical factors, the degradation of land and ecosystems, exacerbated by climate change, is one of the greatest challenges facing Europe, the Caucasus and Central Asia.

Desertification affects 8% of the territory of the European Union, including around 14 million hectares in Southern, Eastern and Central Europe. Of the total land area of Central Asia, 4-10% of cropland, 27-68% of pastureland and up to 8% of forests are already degraded. Wetlands in the region have declined by 50% since 1970, and natural and semi-natural grasslands, peatlands and coastal marine habitats have also been degraded.

Aiming to reverse this trend, UNECE, FAO, the International Union for Conservation of Nature (IUCN), the World Resources Institute (WRI) and the World Bank have launched a bold call to action to bring 30 million hectares of degraded and deforested landscapes into restoration by 2030 in Europe, the Caucasus and Central Asia in support of the Bonn Challenge, a global restoration target.

The country-led “ECCA30” initiative sets the ambitious restoration target of 30 million hectares, an area roughly equivalent to the size of Italy.

The initiative aims to position Europe, the Caucasus and Central Asia as a powerful player in the global movement for forest landscape restoration (FLR). This Initiative will build on growing political momentum in the region for land restoration as enshrined in the Astana Resolution, for which UNECE has already supported Armenia, Azerbaijan, Georgia, Kazakhstan, Kyrgyzstan, Tajikistan and Uzbekistan in their commitment to restore around 3 million hectares of degraded land by 2030 under the Bonn Challenge.

By incorporating forest landscape restoration as part of their forestry and other land use targets for their post-2020 Nationally Determined Contributions to the Paris Agreement, countries can seize this opportunity for transformative climate action.

“As per our NDC, Tajikistan plans to reduce greenhouse gas emissions by 10 to 15% through our own efforts. However, with international support and access to climate finance, overall progress could can reach up to 30% or even higher reduced greenhouse gas emissions by 2030 compared to the baseline 1990. Under the Bonn Challenge, in line with other Central Asia countries, the Republic of Tajikistan in Astana Resolution in June, 2018 emphasised the potential of forest landscape restoration to contribute to national development objectives, climate policy and achievement of the Sustainable Development Goals. Hence we look forward to joinng this initiative.” –Nasimjon Rajabov, Climate Change Center, Tajikistan.

Launching the initiative in the context of the UN Climate Action Summit at UN Headquarters in New York, UNECE Executive Secretary Olga Algayerova stated: “Regional cooperation is extremely important for forest landscape restoration. I commend the efforts of countries of the region to restore degraded and deforested landscapes and their commitment to combat climate change and sustain healthy, functioning ecosystems. Forest landscape restoration can also increase ecosystems’ and societies’ resilience to climate-related disaster risks such as drought, flooding and landslides.”

“IUCN congratulates the countries in the ECCA30 region who are already leading or standing by to blaze a path forward on restoration of degraded and deforested lands,” said Carole Saint-Laurent, Deputy Director, Forest Conservation Programme, IUCN. “We look forward to helping them to unlock support for their efforts through ECCA30 which will bring added energy and momentum for the Bonn Challenge to the region.”

"WRI is honored to support this initiative with solid scientific analysis, methodologies and tools aimed at assisting countries in Europe, the Caucasus and Central Asia on their restoration efforts," said Fred Stolle, Deputy Director of Forest for WRI. “Data shows that restoring this region’s forests, grasslands and wetlands has enormous potential for carbon sequestration, with multiple benefits for millions of people on water and food security, as well as energy generation.”

Investing in restoration pays off

This puts the return on investment at a factor of 5 for Central Asia and Western Europe and 6 for Eastern Europe, making a strong economic justification for action.

The UNECE/FAO Forestry and Timber Section will support countries under the initiative by providing a platform for policy dialogue and advise and capacity building on forest landscape restoration as well as on data improvement and assessment.

A Ministerial Roundtable on Forest Landscape Restoration for Eastern and South East Europe is envisaged in 2020, providing a platform for countries to pledge towards the Bonn Challenge and join the ECCA30 initiative.

The initiative aims to make a tangible regional contribution to the UN Decade on Ecosystem Restoration (2021-2030) and drive progress across multiple Sustainable Development Goals.