At first glance, they seem identical – Two neighbouring communities, Murugu and Kaden, bordering Mole National Park in Ghana. Both are surrounded by savannah with scattered trees in farmed and fallow lands, where women collect shea nuts. It is the shea nuts, which are symbolic of the difference between Murugu and Kaden. Women in Murugu obtain a higher price for their nuts than women in Kaden. Why is this so? A guest blog by University of Zurich researcher, Mengina Gilli explores this paradox. 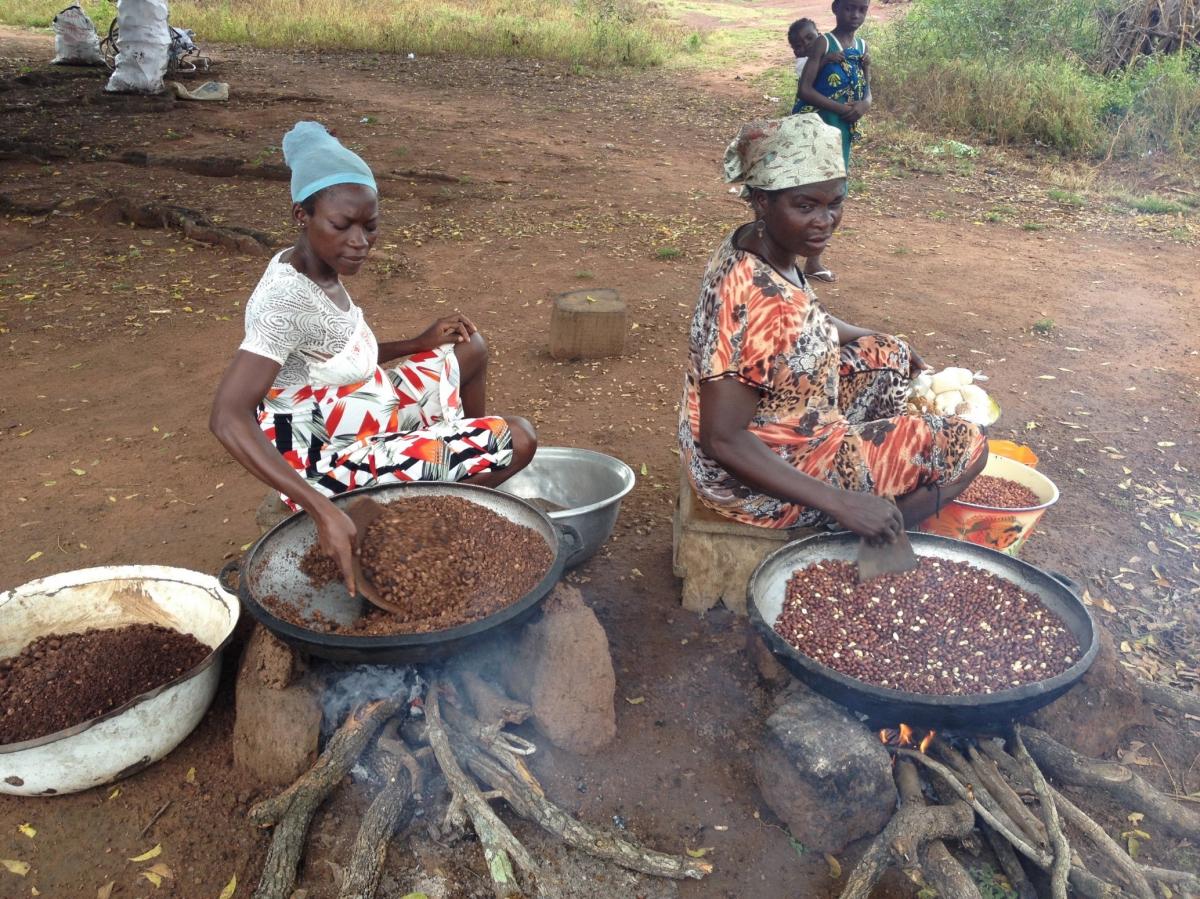 The shea nut business is a female domain. Women collect the nuts and produce shea butter and local soap for domestic and global consumption. African shea nuts are hip. You find 10% of globally marketed shea butter in cosmetics and about 90% in chocolate products. With a rising global demand, sustainable shea nut collection has become a lucrative income opportunity for many of these women.

In West Africa, women typically sell shea nuts to local traders. The nuts are then sold from trader to trader until they end up on either domestic or global markets. By contrast, thanks to direct trade, companies can sometimes circumvent the traders which allows them to work directly with the small producers, resulting in more profit for the producers. But the capacity of such companies is comparatively small, and only some women have access to them.

This blog explores why women in Murugu can sell their products directly to a company, but women in the neighbouring Kaden cannot. This is not by chance, but a result of historical relationships and a series of decisions; none of them made by the women themselves.

When the Mole National Park was created in 1971, local people lost access to a significant portion of their natural resources and tenure rights. Villages were displaced for the sake of conservation. Nevertheless, people from Murugu and Kaden were allowed to stay in their communities, however, they had to sacrifice important farm land, hunting and sacred grounds to enable the creation of the park. As local people continued to exercise their hunting rights in their former lands, they were considered to be “poachers.” This change left many villagers frustrated and sceptical towards the government and park management. As a result, many communities developed a tense relationship with the park. Park managers do not have an easy job either. They are in charge of protecting wildlife and forest. They have to fight illegal activities, including poaching, and so preserve the park. They needed to find a way to ease this conflict between the park and the communities?

The CREMA can cure

The government understood that such conflicts often arise from the exclusion of communities from protected areas. But as the opening up of the park to resource use was not an option, integrating communities in natural resource management of their communal areas seemed to be the answer to the problem. A solution proposed by the government is called CREMA, and stands for “Community Resource Management Area.” The CREMA gives communities the power to manage and make decisions on the use of resources in their landscapes.

What is presented as a community empowerment and decentralisation strategy, can also be seen as a nudge for communities towards more sustainable resource use. The nudge is not only done through education, but also by providing some incentives for the communities to take part in the programme. These incentives should ideally provide alternatives to unsustainable charcoal-burning, logging and poaching.

For the government, NGOs and park management, it was obvious that the CREMA was an ideal instrument to remedy the unsatisfactory situation in Murugu and Kaden. A Rocha Ghana, a local NGO, supported the Ghana Wildlife Division’s CREMA concept in Murugu and Kaden and have since worked with other organisations including IUCN, to strengthen the Murugu CREMA and others over time. Although the CREMA seemed like a solution to many problems, the choice to create one was not easy for the communities. Should they trust the government and park once more?

Communities have to agree to the development of a CREMA. If they do, they are then asked to select a core area where their natural resources would be more strongly protected. At the beginning, Murugu and Kaden were both sceptical. They feared that more land would be taken away from them. Despite this, Murugu decided to develop a CREMA in order to stimulate local development. By contrast, the CREMA was refused in Kaden. From Kaden’s viewpoint, the CREMA was seen as a “wolf in a sheep’s clothing.” The traditional chief in Kaden was especially worried about the core area. He feared they would again lose access to land and resources.

The distinct reactions to CREMAs in Murugu and Kaden show that from the communities’ viewpoints, the decision for or against the CREMA is a trade-off between hopes for development and fears from past conservation practices. After these decisions, Murugu was perceived by outsiders as the model community whereas Kaden was perceived as less accommodating.

But how does this decision affect women’s shea trade in Murugu and Kaden?

The creation of winners & losers

Due to Kaden’s choice against the CREMA, Kaden was also excluded from any benefits from the CREMA. One of these benefits comes from the shea nut certification project. The shea nut certification project brings conservation and development interests together. It ensures long-term sustainable use of the trees and the landscape, and it provides local women an interesting income opportunity. A Rocha arranged a market link between the women shea nut producers of Murugu and a certified organic company with which to do business. Thanks to that project, since 2014 women in Murugu have been selling their nuts for a premium.

Now that women in Kaden see their peers in Murugu profit from the CREMA, they feel like victims, excluded from urgently needed additional income. They are upset with the men in their village, who were instrumental in the decision against the CREMA. In Murugu, by contrast, similar gender power structures are modestly changing with the rise of the CREMA. A group of Murugu women active in the CREMA, feel empowered through the shea certification project. Thus, the CREMA has not only brought the women better market access, it also gave them the opportunity to participate more fully in the collective management of their natural resources.

Conservation with – not against – local communities

Motivating communities for sustainable resource use is not easy, especially when short-term use, like logging, brings quick money. The contrasting case of Kaden and Murugu reminds us how complex relationships can be if communities have had bad experiences with conservation efforts in the past. It shows how important it is to take history into account when introducing new conservation and development concepts.

It is key to re-establish trust between the communities and the park (and the state). With A Rocha Ghana, IUCN has a great partner that understands the local context and the diverse interests in natural resource use. Through their long-term engagement in the area, they are able to regain the trust of the communities through programmes like CREMAs.

Despite the visible benefits in Murugu, Kaden is still reluctant to participate in the CREMA. However, the case of Murugu showed that history can be overcome and long-term benefits can outweigh the fears of repeating the difficult past. 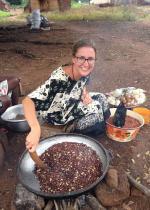 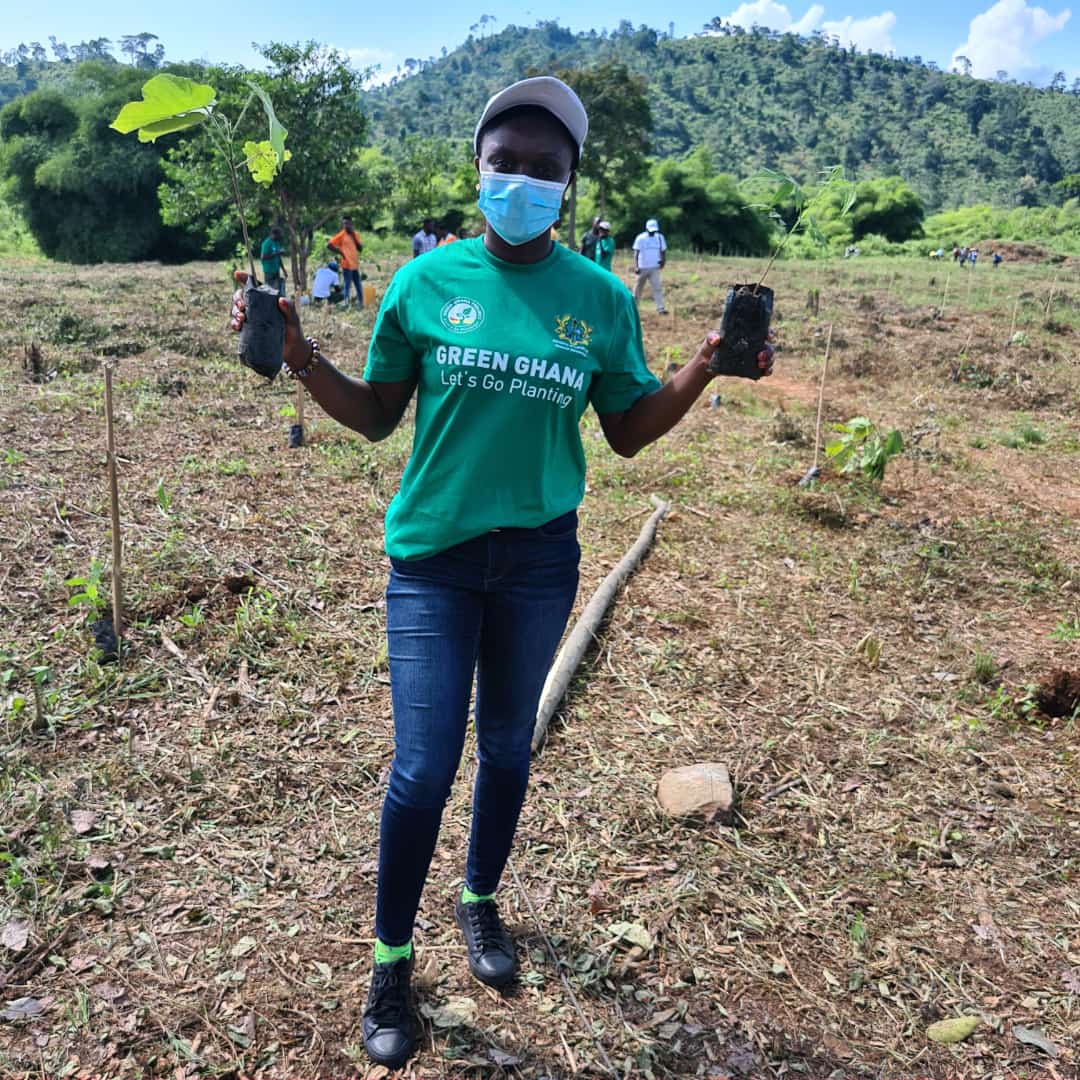 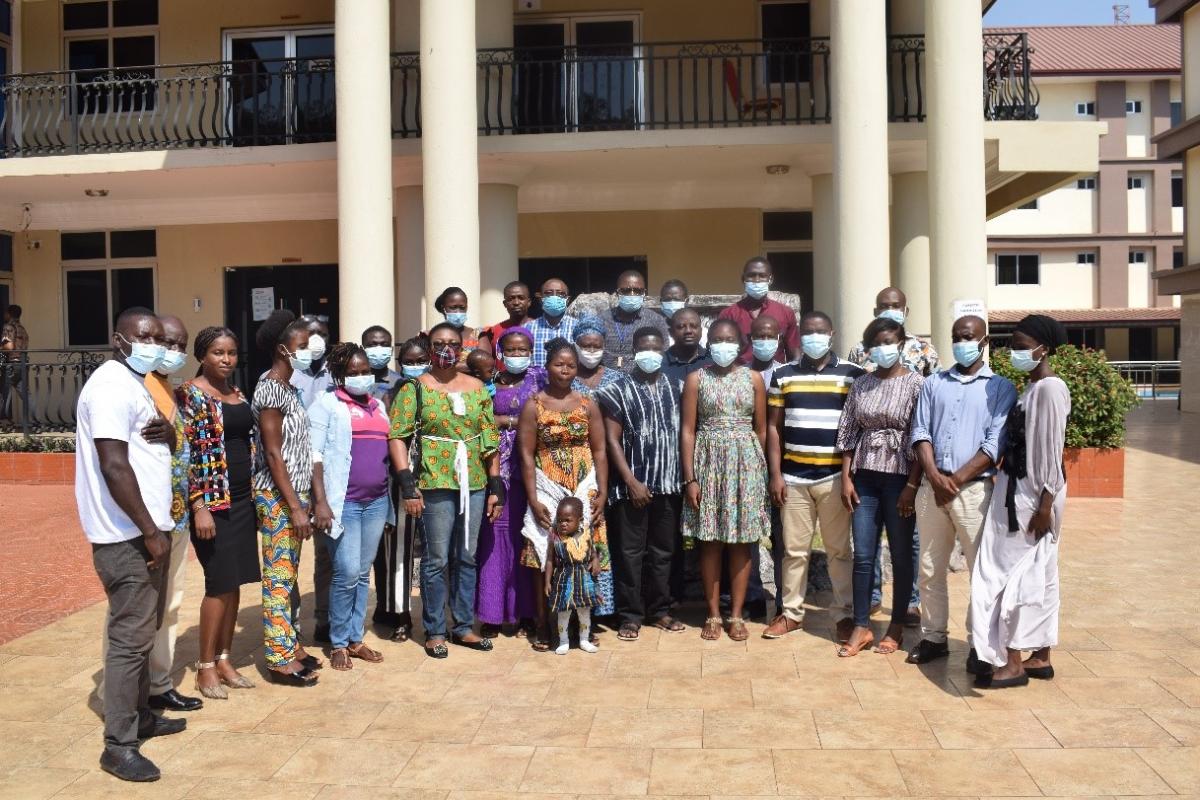 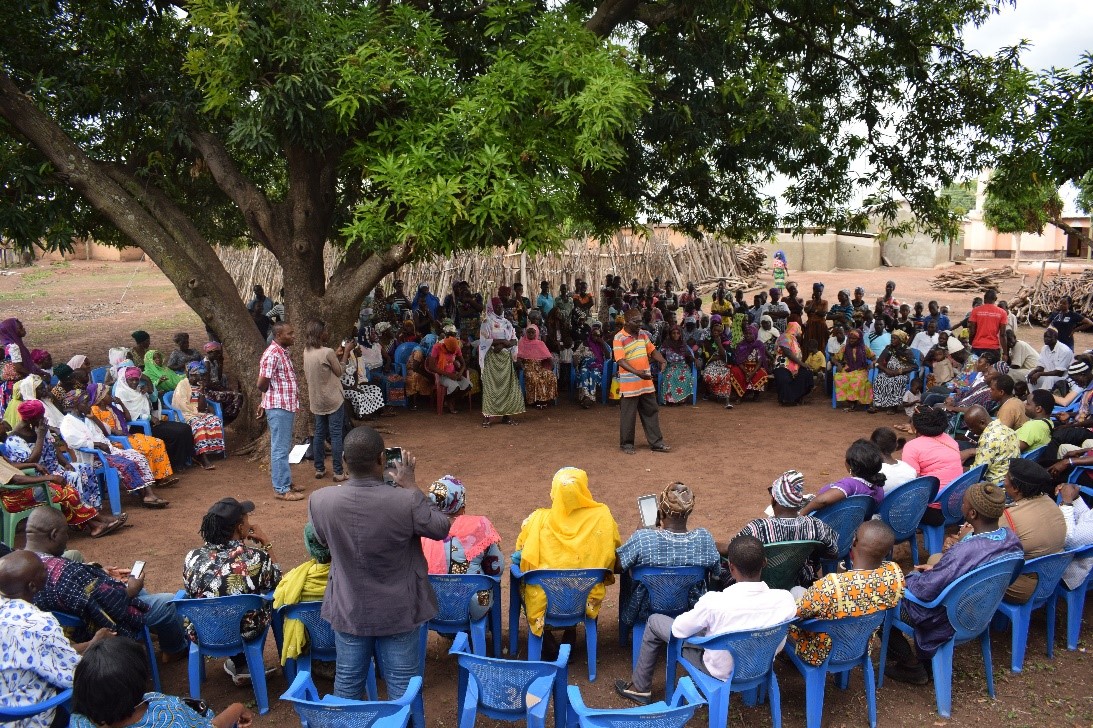