In 2014, IUCN’s Forest Programme partnered with Farm Radio International (FRI) to roll out an interactive radio series for farmers living in the ecologically-fragile Mount Elgon region. A recent evaluation of the initiative, published in the journal Society and Natural Resources, revealed that 98% of listeners have used the information transmitted to implement restoration interventions on their farms. 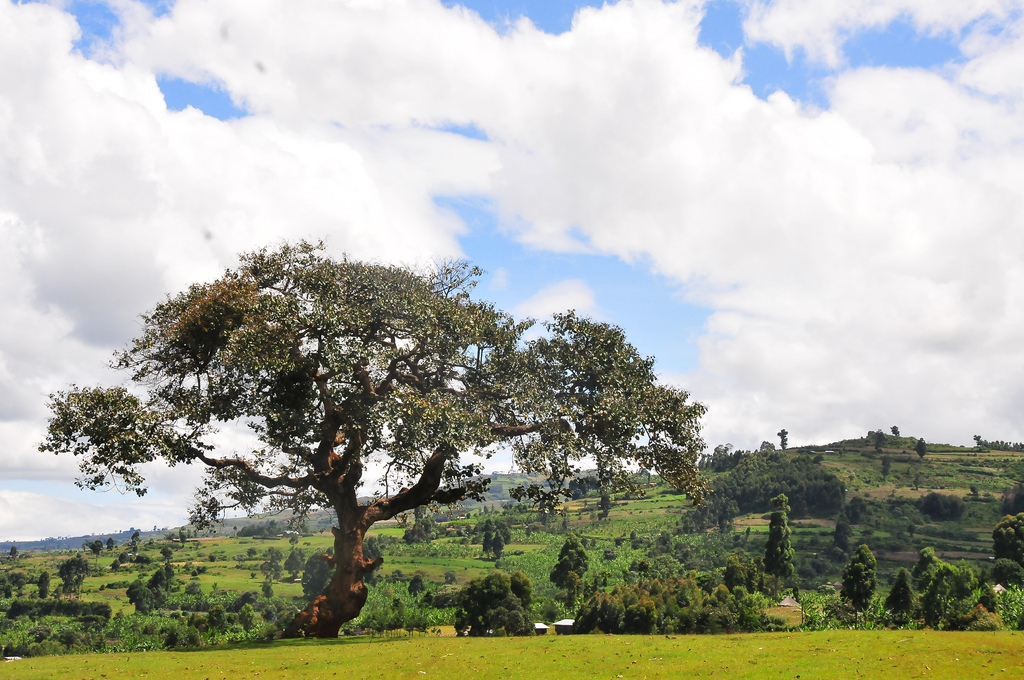 A major water catchment, Mount Elgon is home to several endemic species of plants and animals. A vulnerability impact assessment conducted by IUCN, with inputs from local communities and policymakers, determined that the ecosystems and the three micro-catchment areas of the Ngenge, Sippi and Kaptokwoi rivers are extremely vulnerable to climate change. This has particular significance for the communities living in Mount Elgon – they depend heavily on subsistence agriculture and poor land management practices have resulted in frequent crop failures and reduced soil fertility.

Recognising the urgent need for restoration, IUCN worked with FRI to harness the potential of radios – a tried and tested medium of communication in developing countries such as Uganda. Between January and June 2015, a radio programme focused on restoration and climate change was broadcast for the members of over 4,000 households in 89 villages within the three micro-catchment areas (Sipi and Kaptokwoi in Kapchorwa District and Ngenge in Kween District).

The paper outlines how the content for the programme was developed through an interactive process with farmers. A stakeholder committee – comprising officials from local government bodies on disaster risk management and natural resources, community organisations and the ministries of agriculture and water – conducted an inception workshop to determine what farmers wanted to learn about, their preferred days and time for tuning in and which radio stations they trusted. The study shows how collaborative processes such as these contribute to the effectiveness of initiatives.

The content was broadcast by Kapchorwa Trinity Radio and presenters received intensive training on engaging with farmers and incorporating interactive tools such as beep-to-vote and SMS polling into their segments. A key component of the initiative was gathering and acting on feedback and the study identified a particularly heartwarming instance of how this translated into on-ground action. When monitoring officers found out that certain villages did not have radio connectivity, a District Assistant Forestry Officer began recording the programmes on a solar-powered radio and delivering them directly to farmers on his boda boda (motorbike).

The study identified several key parameters of success as well as nuggets of information of radio usage that will be helpful in tailoring future interventions. For instance, despite gender disparities in owning radio equipment, both men and women were tuning into the show; most respondents felt that agricultural extension workers played a valuable role in supporting knowledge-sharing and implementation and 82% of women and 73% of men said the radio was ‘an important influence’.

You can read the results of the study here.