Understanding human dependence on forests: An overview of IUCN’s efforts and findings, and their implications

Until recently, the significance of forest dependence had not been well understood. It was generally assumed that the livelihood value of forests was primarily derived from cash commodities like charcoal – and particularly for poorer households, as a safety net to help them through hard times. The non-cash component of forest income has been largely ignored or undervalued – resulting in interventions that have, in some cases, harmed local livelihoods. IUCN's George Akwah Neba and Richard Aishton share highlights from recent cross-cutting research into forest dependency that challenges some of these assumptions. 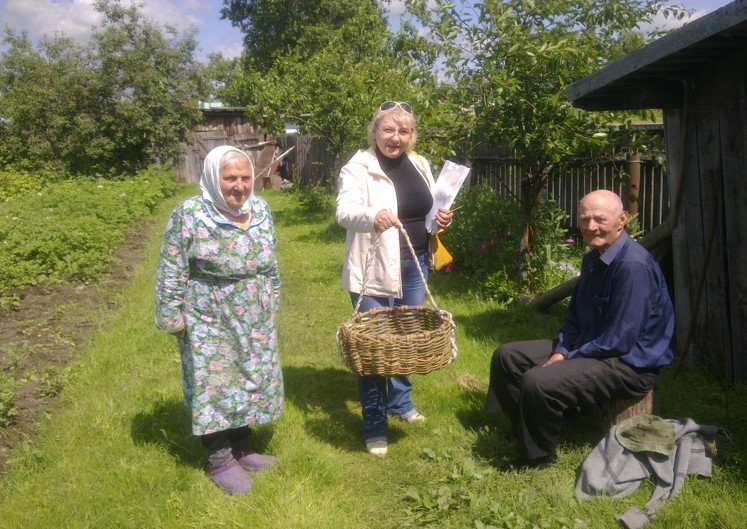 There has been growing interest in the livelihood values of forests, with a number of research studies and learning initiatives undertaken by the World Bank, FAO, PROFOR, CIFOR, IIED, ODI, WRI and others. IUCN has been closely involved in a number of collaborative efforts in this field, and has worked with partners over the past 15 years to investigate forest reliance in over 23 countries and 75 sites in different parts of the world.

This research has demonstrated that forest dependency is much greater and more extensive than was previously thought. It is a significant feature in the lives of not only the poor, but also of wealthier households – and not only in tropical forests in developing countries, but also in northern temperate and boreal ecosystems in the developed world. IUCN’s work places a strong emphasis on responding to the information needs of international, national and local government policy-makers in the countries concerned and provides the evidence-base to facilitate the recognition of local peoples’ forest use while also ensuring forest conservation and sustainable use to meet national development objectives.

Key findings of dependence analysis and implications for policy and programmes

By combining qualitative participatory research techniques, quantitative household surveys and most recently, remote sensing technologies [tools and methodologies], IUCN’s assessments of forest dependence in various contexts have revealed strong variation in the nature and extent of forest dependency within countries, communities and households.

These analyses have generated results that have deepened our understanding of the nature and extent of forest income (both cash and non-cash) and forest dependence or reliance. In particular, they have been instrumental in uncovering, measuring and quantifying non-cash forest income. They also help to understand the strong variation in the nature and extent of forest dependency within countries, communities and households.

Significant forest dependency rates were found using both the Forest-Poverty Toolkit and the quantitative household survey. An average dependency figure of around 25% was seen across 23 REDD+ and other project countries, and 75 sites where the toolkit has been used (all in developing countries). This figure ranged widely between the sites from under 15% dependency in the few peri-urban areas to well over 60% in the most remote rural areas. The regional average dependency rate for the seven Eurasian countries surveyed was just over 10%, again with strong variation between sites; some of the poorest areas showed similar forest dependency rates to those found in many developing countries.

The research clearly demonstrates that wealthier as well as poorer households rely on forest resources. Forest dependency rates tend to be higher among the poor, though the differences across wealth groups are often not very marked – with non-poor men and non-poor women reporting forest dependency rates of 38% and 44%, respectively; not far behind those of poor and very poor men and women (45% and 50% respectively).

Importance of forest for non-cash income

Non-cash income from forests was consistently seen to be significantly more important than the income derived from the sale of forest products. The Forest-Poverty Toolkit applications across all the sites found that in general the value of forest non-cash income to the household is worth between two and five times more than that of forest cash income. The ratio of non-cash to cash income is around 2:1 where forest cash values are high (as in the Congo basin or the Papua lowlands) while it rises to between 3:1 and 6:1 where forest cash values are lower (as in Ghana, Guatemala or Western Uganda). These ratios tend to be higher for poorer households and for women, and for more remote communities.

The same phenomenon is seen in Eastern Europe and Russia, with non-cash income notably exceeding cash income in all but the wealthiest income quintile. In this region, fuelwood collection remains important for consumption despite the beginnings of gasification in communities – as gas remains out of reach for rural households due to high gas prices and installation costs.

The trends and patterns revealed by IUCN’s work on forest reliance, including the results highlighted above, have enabled us to build a deeper understanding of the complexities and nuances involved. In most cases, the results have confirmed the findings of other studies, such as:

However, the relatively high levels of forest dependence seen among wealthier households (in applications of the Forest-Poverty Toolkit) have been less well documented. The results from work in Eastern Europe and Russia are an important expansion of existing knowledge on forest dependency, as this was one of the first such studies in a temperate region of the world. By comparing the studies in the tropics to those in temperate and boreal forests, we have been able to demonstrate that most of the same general trends seen in non-European developing countries apply to both regions.

One area where our findings support an emerging consensus within the literature relates to the safety-net function of forests. Previously assumed to be the primary livelihood value of forests, the dominance of the emergency/safety-net function has recently been revisited and questioned. Our findings from applications of the Forest-Poverty Toolkit would suggest that:

The measurement of the support function of forests to rural wellbeing and livelihood resilience is perhaps the biggest contribution this research has made to our understanding of forest dependency.

Our work on presenting and communicating forest dependency data and analyses to policy-makers and translating research into policy recommendations seems to provide promising avenues for this vital, yet still-neglected sphere of work. Policy-makers respond best to hard data and clear evidence presented succinctly enough to enable them to quickly pinpoint the key issues and assess any recommendations. Anecdotal evidence from visual-based presentations of these results suggests that policy-makers find them powerful and convincing.

While the results generated by these studies have important policy implications for how forests are governed and used; and while IUCN has made a special effort to inform policy-makers of these findings, it must be recognised that improved forest governance and forest-use policies will require not only adequate information, but also a supportive international policy environment, and political will and commitment on the part of national governments.

Impacts on projects and policies

In the case of IUCN’s REDD+ projects, the forest dependency analyses are playing an important role, not only in providing a baseline to facilitate future evaluations of impacts and the monitoring of change, but also in shaping project design. For example, the results are built on to design conservation agreements with native communities in Peru and to identify livelihood-enhancing incentives for community engagement in REDD+ in Ghana – taking into account how communities are currently using the forests and directly addressing issues of forest degradation.

The emerging conservation agreement with the Awajun native community of Shampuyacu living near the Alto Mayo Protected Forest in Peru, includes support for community members to plant shade coffee to generate income and rebuild forest cover in an agroforestry context. Whereas, in Ghana, shade cocoa has emerged as a promising livelihood-enhancing option for reducing deforestation and increasing forest cover within cocoa farm systems in the Wassa Amenfi West landscape.

In Mexico, the results from application of the Forest-Poverty Toolkit are being used by the government authorities and IUCN to design community-level investment plans as part of a tri-state REDD+ strategy in the Yucatan Peninsula. The toolkit will become a standard method employed for identifying forest-related issues in villages, assessing community investment plan criteria, and identifying and characterising villages for whom investment plans would be relevant.

The survey in Eastern Europe and Russia has revealed that fuelwood is of particular importance, and its availability is generally in decline. The main reasons cited by communities included unregulated logging, forest use restrictions, climate change, and increased (in some cases illegal) levels of harvesting. There is a real need for better forest management to secure the availability of this resource-base which is essential for the survival of rural households during winter months.

This and other results of the dependency study will be shared with policy-makers in the countries concerned as a means of continuing dialogues on improving forest governance and developing appropriate forest resource policy encompassing the priorities of local communities.

Among priorities today is the need to bring this kind of evidence and knowledge to the attention of policy-makers. This will require hard data and credible analyses that are: (1) relevant to the country and type of forest; (2) disaggregated (e.g. by wealth group, gender or market accessibility); and (3) presented in policy-relevant formats.

Conservation and development programmes need to pay better attention to the forest income on which so many rural people depend. REDD+ projects, ‘alternative livelihood’ interventions and Payments for Ecosystem Services (PES) initiatives are among those with the most direct links to forest use. Forest dependency studies such as the ones described in this paper have much to offer in designing projects that fit with the realities of forest-dependent peoples’ livelihoods, and in evaluating the results of these projects. Particular attention needs to be given where communities have little or no access to markets as their livelihood and poverty-exiting options are much more limited. Therefore interventions in these areas should focus primarily on livelihood-enhancing and community resilience-strengthening strategies.

The central finding of this research regarding the importance of non-cash forest income from forests – particularly for more vulnerable groups such as poorer households, women and those living in the more remote communities – is a vital to convey to policy-makers. At the same time, it must be recognised that while informing policy-makers of the importance of forests for local livelihoods is a necessary pathway to improving forest governance and forest use policies, it is by no means sufficient by itself. The bottom line is that if forest governance and forest use policies ignore or undervalue the importance of non-cash forest income, they risk jeopardising the day-to-day survival mechanisms of the poor, the livelihoods of the wealthier, and the achievement of poverty reduction goals.

The full publication on this research will be available online soon.