This is the tenth in a series of interviews with the network of Experts involved in developing the IUCN’s European Red List (ERL) of Hoverflies. The project aims to assess the extinction risk of hoverfly species across Europe, and will contribute to guiding decisions and conservation action for these species at the European level. 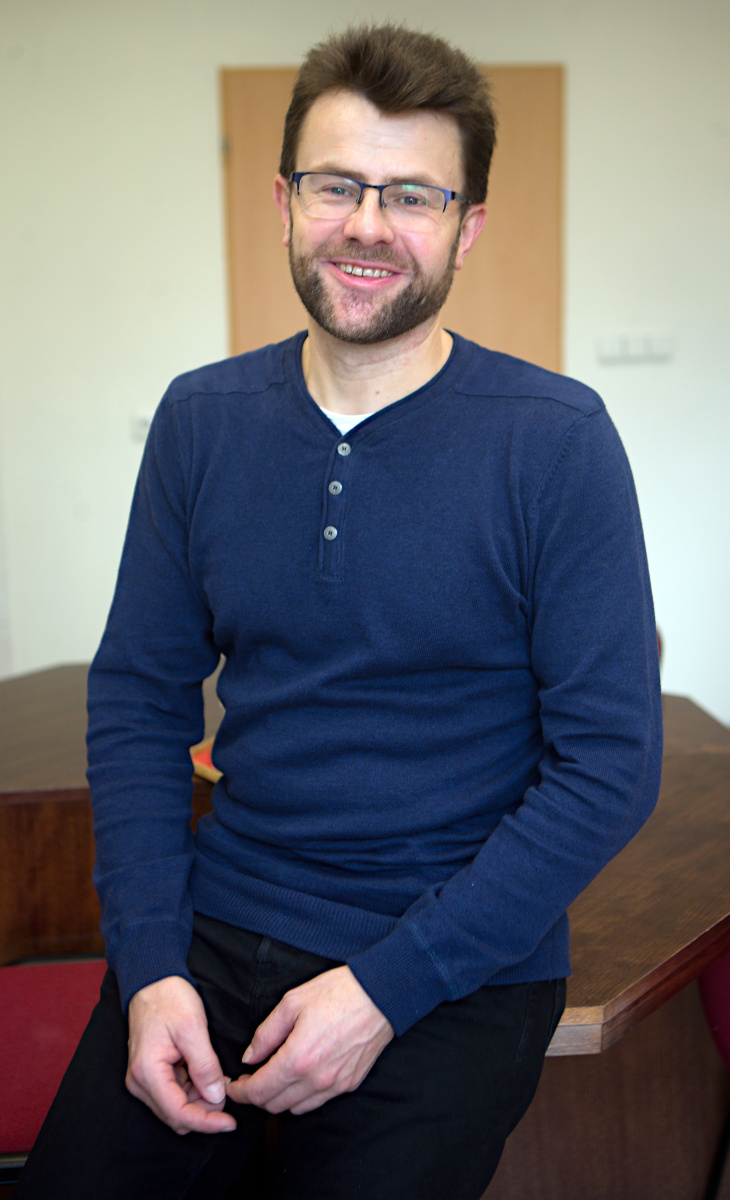 In this edition of “Meet the Experts” we introduce Libor Mazánek. Libor is one of the assessors who were committed to the production of the European Red List of Hoverflies. Libor is currently based in Olomouc, Czech Republic, where he works as a pest control expert and epidemiologist of parasitic and zoonotic diseases on Regional public health authority. Libor career also extends to working as an external lecturer and examiner for the course of parasitology - medicinal entomology at Faculty of Science, Palacký University Olomouc.

Libor has always been fascinated and drawn to hoverflies, beginning in childhood, where he found a dead beetle specimen (Carabus auronitens) while with friends. He then started having an “interest in collecting of insects” and he “wanted to know the species of collected insects”. So his parents obtained a microscope and he “visited the bookstore to buy a key to identify insects”.

Libor’s passion for identifying hoverflies did not stop there, as he then competed in a number of biological school Olympiad’s specializing in hoverflies.

Libor got involved with the IUCN as he became a lead expert on hoverflies during his university studies in Czechoslovakia and “was processing hoverflies for almost all projects concerning Diptera in Czech and Slovak republics from 1998 including the Red list of threatened species in the Czech Republic, Invertebrates, in 2005”. As an author of national Red List he became supposedly a member of IUCN Hoverfly Specialist Group.

Though Libor’s love of hoverflies continues to broaden and expand, his favourite hoverfly is the Eupeodes biciki, a species described in 2003. It is species within in a genus he has worked on since his university days. Libor explained that the species “has very interesting combination of plesiomorphic and apomorphic characters in external morphology. Thanks to that it is easy to recognize this Eupeodes species. But it is extremely rare and known only from two specimens, one male and one female from two close localities in northern Scandinavia”.

Similar to many other experts in this sector, Libor believes it is vital to study and understand hoverflies as there are “important pollinators, many of hoverflies are also important predators of aphids, like ladybirds”. Hoverflies can be extremely useful in relation to common pests as they “look for various aphids on crops and eliminate them naturally. Hoverflies are supported in some eco farms and in the greenhouses but marginally still". He also personally support hoverflies in his garden, field and greenhouse “by offering the suitable flowering plants as much as possible”.

Regardless of his knowledge and dedication to the study of these insects, Libor has various concerns involving the future of European hoverflies. He believes that there is a lack of “diverse flowering plants, bushes and trees” for hoverflies to thrive. Libor considers that “most people preferable urbanized “organized” countryside broken down into large fields and wood monocultures, building plots, roads and other maintained lands without natural ecotones and without enough density of unmanaged places with various flowering plants and bushes”. He believes that “urbanized countryside has poor diversity of pollinators including hoverflies, especially if chemical insecticides are used to control pests on crops” and is afraid there is a lack of nature places in the European countryside.

However, Libor still has a lot of hope regarding the future of European hoverflies and he believes that “Europe is large enough and that there are still enough less maintained and less populated regions". He thinks that also in these regions "the protection of nature biodiversity will be preferred soon”.

He believes that European citizens can have a fundamental influence on the protection and conservation of hoverflies “everybody can leave to flowering nature a piece of garden, meadow, roadside or wood”. Libor also advises that citizens “can mow the meadow in parts, do not mow a part of garden in flower, or do not remove a piece of wood from forest or garden or do not cut some of old or dead trees or flowering bushes etc. Everybody can try to minimize fertilization of natural habitats in touristic areas since fertilization usually reduces diversity of flowering plants, especially in the mountains”.

Libor believes that the European Red List is essential for the transfer of knowledge and for the conservation of nature. He compare the Red List to a disease and public health catalogue: “if you have enough data about all cases of the diseases you can see context, what is wrong and what is dangerous for public health and also what is probably necessary to do to protect public health. The good (European) Red List is similarly important for (European) nature conservation”.