Nature is a powerful ally in tackling climate change. Yet it does not receive the attention it deserves in the debate about how to accomplish a transition towards a zero net emission society. Natural ecosystems such as forests, soils and peatlands are the most sophisticated and effective solution we have for capturing and storing CO2, writes Luc Bas, Director, IUCN European Regional Office. 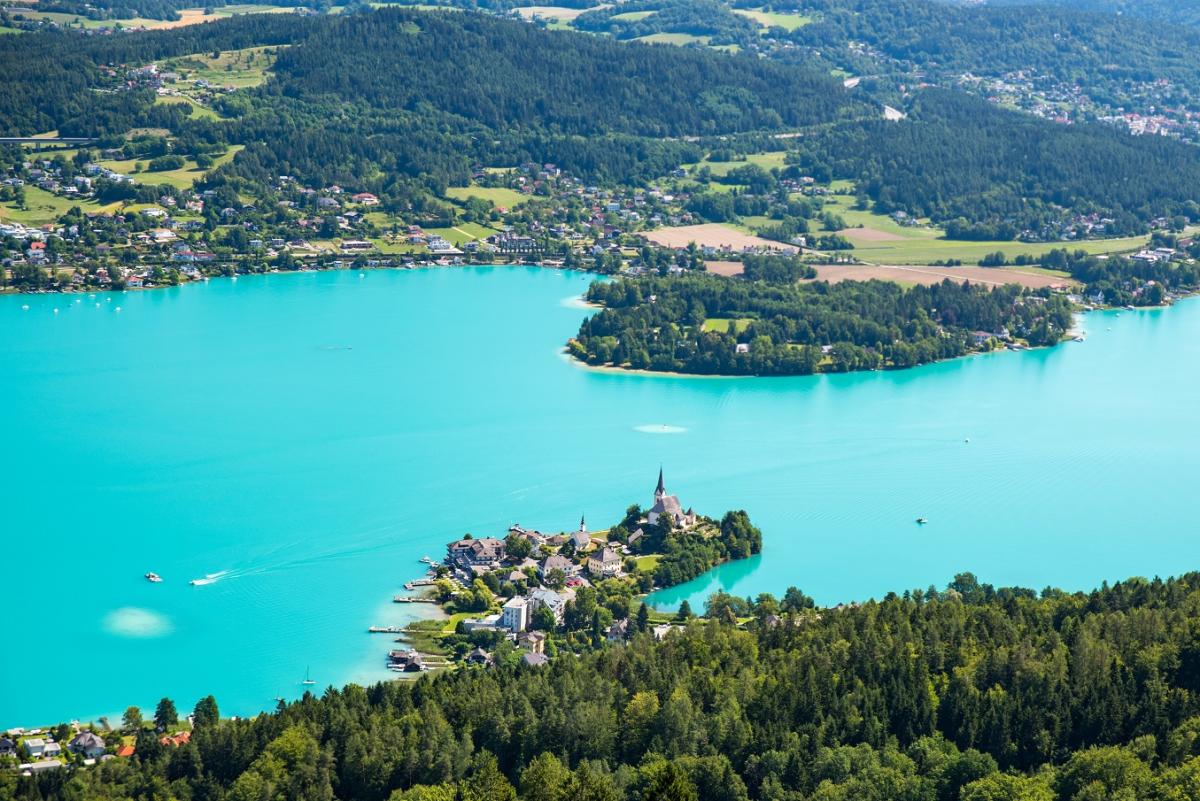 To limit global warming to below 1.5 degrees Celsius above pre-industrial levels, and to achieve the EU net zero carbon emissions target for 2050 as proposed by the European Parliament, the largescale removal of CO2 from the atmosphere will be absolutely crucial.

The Paris Agreement emphasises the role of ecosystems in both climate change mitigation and adaptation. The Agreement calls on countries to appropriately conserve and enhance natural carbon sinks and reservoirs of all types – biomass, forests and oceans as well as other terrestrial, coastal and marine ecosystems – in order to fully harness their mitigation potential. It acknowledges the key role of sinks in achieving the goal of reaching climate neutrality, i.e. zero net emissions, in the second half of the century, and recognises that socioeconomic and ecological resilience can be built through the sustainable management of natural resources.

Disruptive approaches to climate change mitigation such as bioenergy with carbon capture and storage, have been discussed as one potential way to meet the objectives of the Paris Agreement. However, indications are that this approach would consume land on an enormous scale and lead to large-scale land-use changes in tropical regions with weak governance, high biodiversity and high terrestrial carbon stock.

A recent study by the Nature Conservancy on natural climate solutions explores opportunities to reduce emissions and store carbon in the world’s forests, grasslands and wetlands, the enormous potential of which is being demonstrated thanks to remote sensing technologies. The publication states that, worldwide, natural climate solutions could reduce emissions by 11.3 billion tonnes per year by 2030, and thus deliver 37% of cost-effective CO2 mitigation by 2030.

Nature-based solutions are actions to protect, sustainably manage, and restore natural or modified ecosystems that address societal challenges effectively and adaptively, simultaneously providing benefits to human well-being and biodiversity. Nature-based solutions, such as the restoration of forests, grasslands and wetlands or sustainable land management activities, can provide governments with effective, long-term and cost-efficient measures to mitigate and adapt to climate change.

Europe should not waste the opportunity to take a lead in bringing these solutions to scale.

These nature-based solutions should not be confused with smaller scale urban green solutions to reduce carbon emissions, such as green roofs which enable energy savings in buildings, or green bicycle routes which reduce car use. However, all these measures have additional potential to contribute to climate mitigation, while supporting biodiversity and improving the well-being of local communities.

Some European countries have already strengthened their Climate Action plans with measures that support nature-based solutions. German forests are net carbon sinks that captured 57.7 megatonnes of carbon dioxide in 2015.

However, this trend is decreasing due to a shift in the distribution of the age classes of trees and the reduction in tree growth, as well as changes in the use of wood. The German Climate Action Plan 2050, launched in 2016, seeks to preserve and improve the sink performance of forests through CO2 sequestration in plants and soils, sustainable forest management and use of wood, the conservation of permanent grassland, the protection of peatlands and exploiting the potential of natural forest development to mitigate climate change.

The United Kingdom’s Climate Change Act aims to reduce greenhouse gas emissions by 80% by 2050, and forestry is viewed as playing a keyrole in achieving this. To help meet the target, Scotland’s Forestry Commission has a target to extend woodland cover in Scotland by additional 100,000 hectares over the period from 2012 to 2022, locking in an estimated 4 million tonnes of extra CO2 by 2027, while also providing other environmental, social and economic benefits.

Much of the attention is on forests but soils also form a major terrestrial carbon stock. In fact, it has been estimated that there is more carbon fixed in the soil than in the biosphere and atmosphere combined; however, soil’s ability to store carbon is strongly affected by land use and its biological health. Sustainable agricultural methods allow soils to fix carbon, while also protecting the long-term provision of food and other ecosystem services.

According to research by the US National Academy of Sciences, the plantation of legumes such as alfalfa or soy in pasturelands can help to sequester between 1 and 125 gigatonnes of CO2 in soils worldwide by 2030. In its analysis of possible measures to meet its climate mitigation targets, the Danish government found that requiring the planting of an additional 240,000 hectares of catch crops on agricultural land would increase soil carbon sequestration and provide additional co-benefits, such as a reduction in nitrogen leaching.

The International Union for Conservation of Nature (IUCN) is at the forefront of the debate on climate mitigation and nature-based solutions. In partnership with the German government, IUCN launched the Bonn Challenge, a global effort to bring 150 million hectares of deforested and degraded land into restoration by 2020 and 350 million hectares by 2030. 47 governments, organisations and companies have already committed to bringing just over 160 million hectares into restoration. Achieving the objective of restoring 350 million hectares of deforested and degraded land would generate an estimated $170 billion a year in net benefits and would allow carbon storage of 1.7 gigatonnes of CO2 annually.

European countries have not made any pledges, but we hope this will change soon considering the potential for landscape restoration in achieving the EU Climate Change commitments and the multiple benefits to the economy and society. Interest in nature-based carbon sequestration has increased lately as a result of the recently agreed LULUCF regulation as the removal of CO2 through land-use change will be accounted for as part of the process for delivering the EU climate targets. A better understanding of the potential for nature-based carbon retention in Europe is urgently needed.

Nature-based solutions need to be central in any strategy to mitigate climate change. The fact that these solutions do not get the attention they deserve is surprising given their ability to contribute to climate mitigation and adaptation simultaneously, while also providing additional benefits to human health and biodiversity.

Europe should not waste the opportunity to take a lead in bringing these solutions to scale on the continent and overseas.

This opinion piece was first published in a discussion paper by Friends of Europe, 'Scaling disruptive technologies to achieve energy transition', on 6 September 2018.