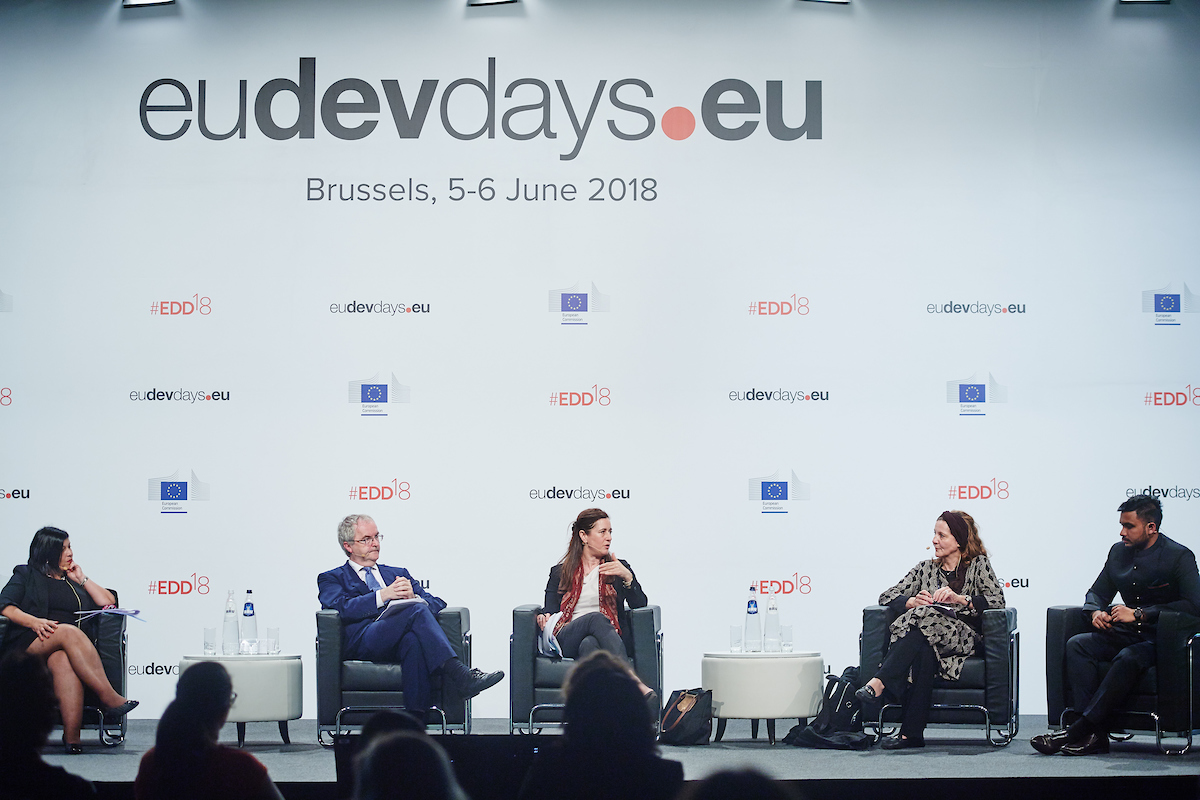 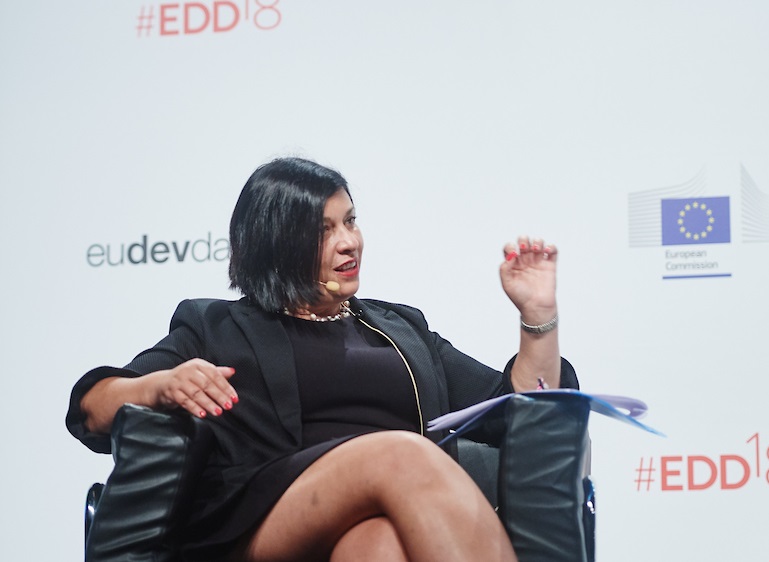 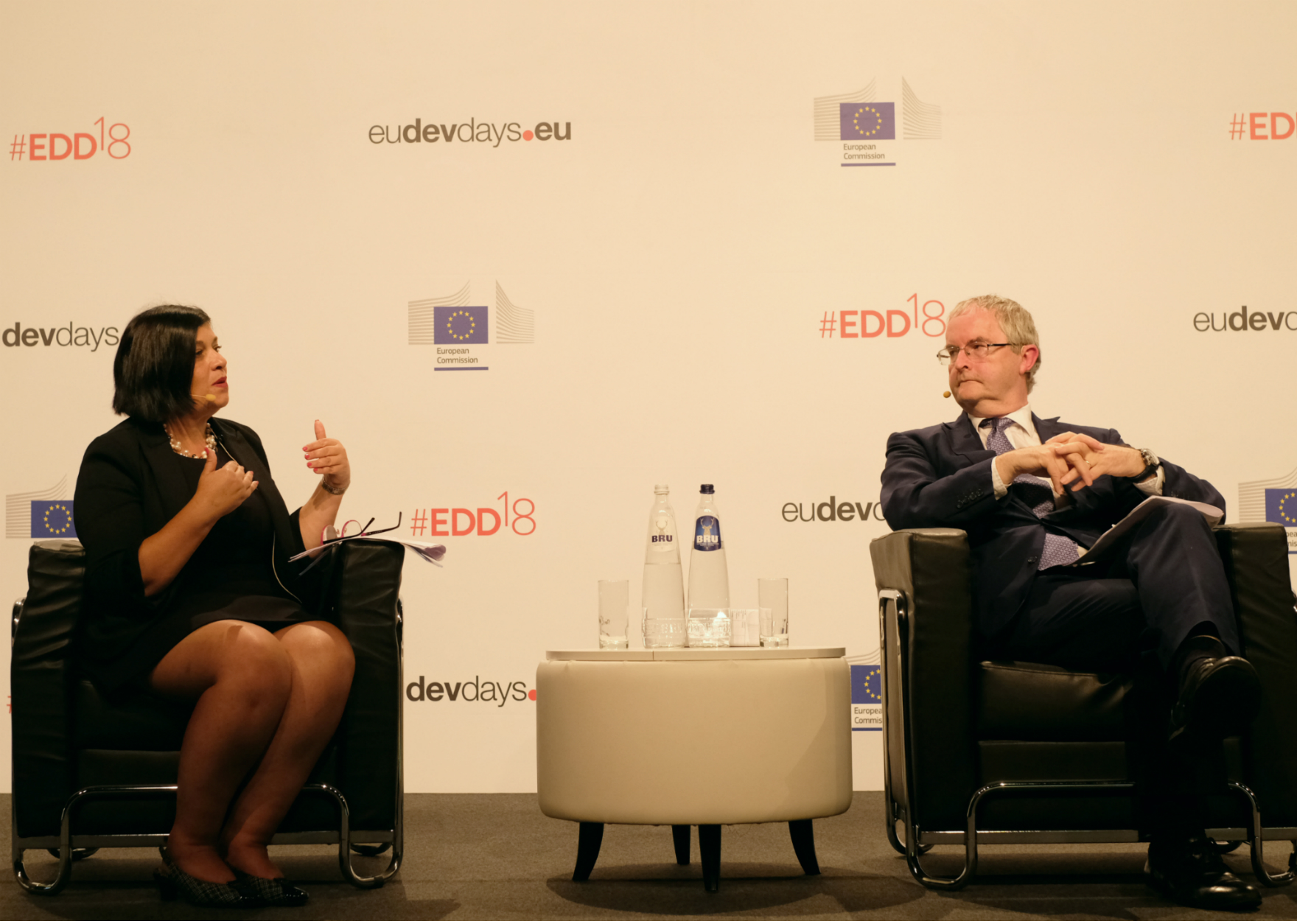 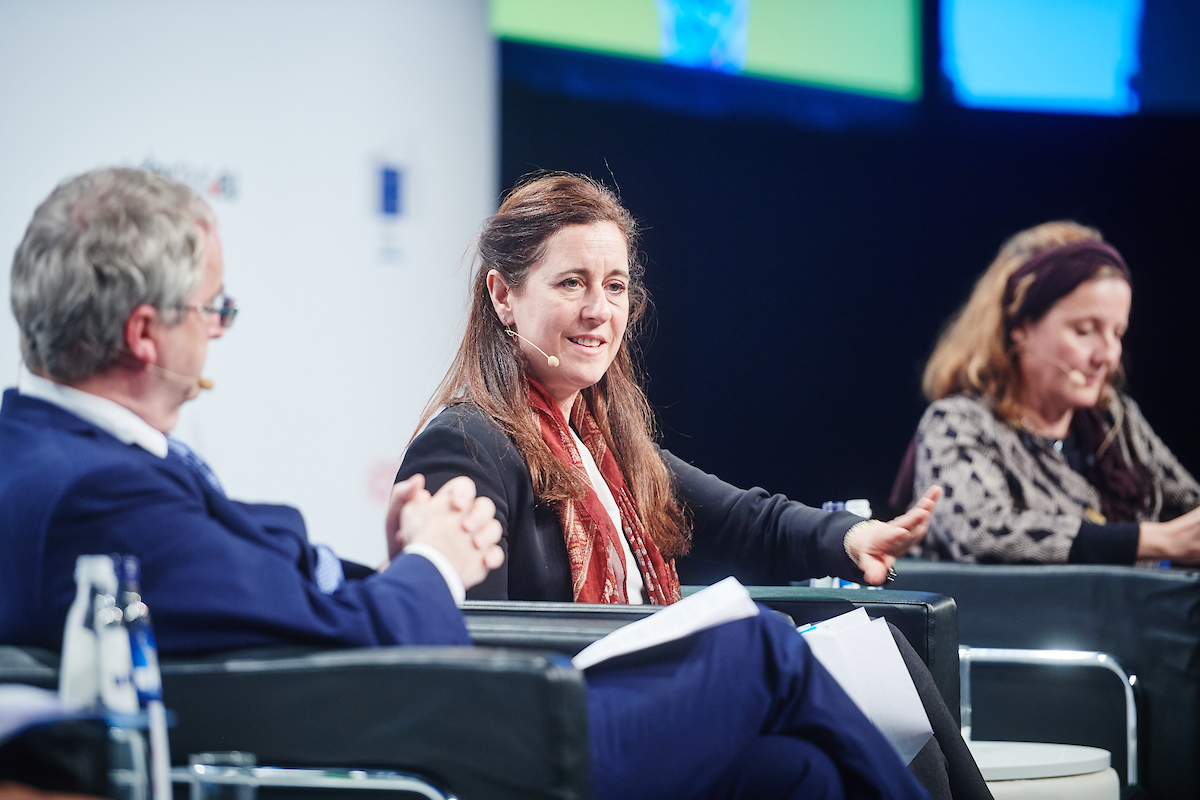 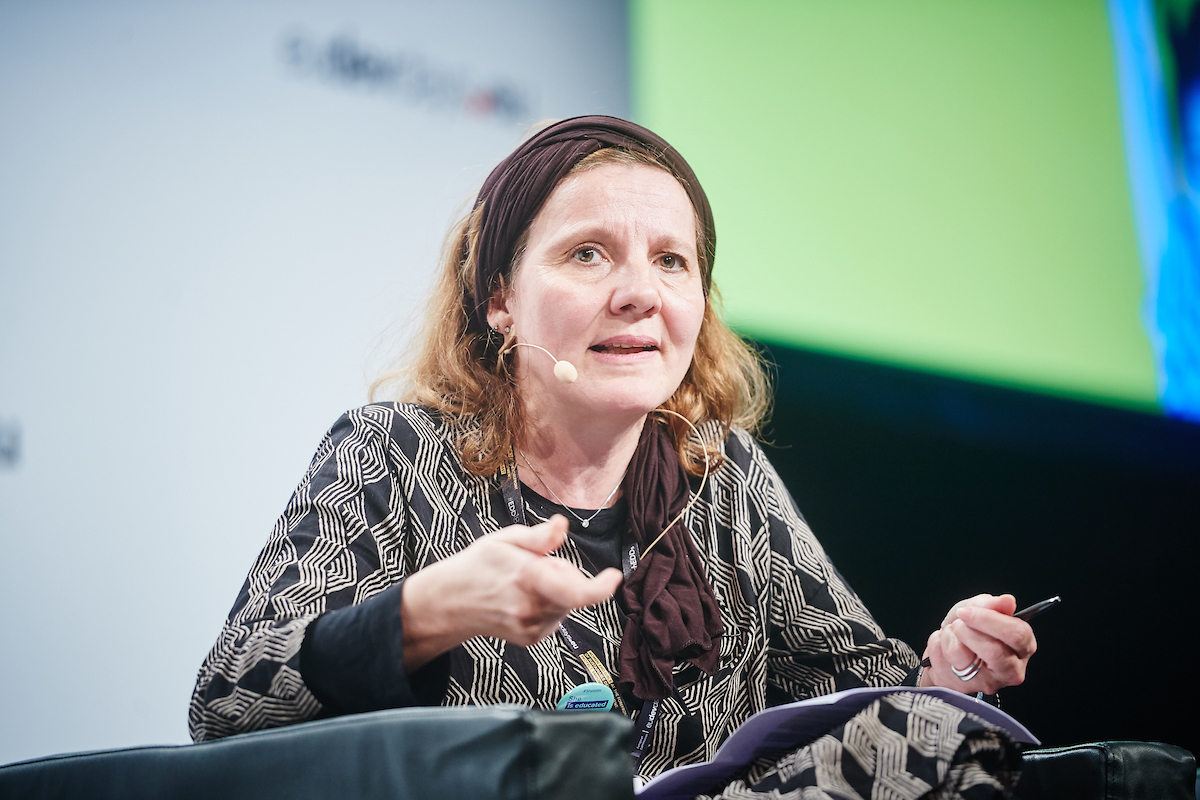 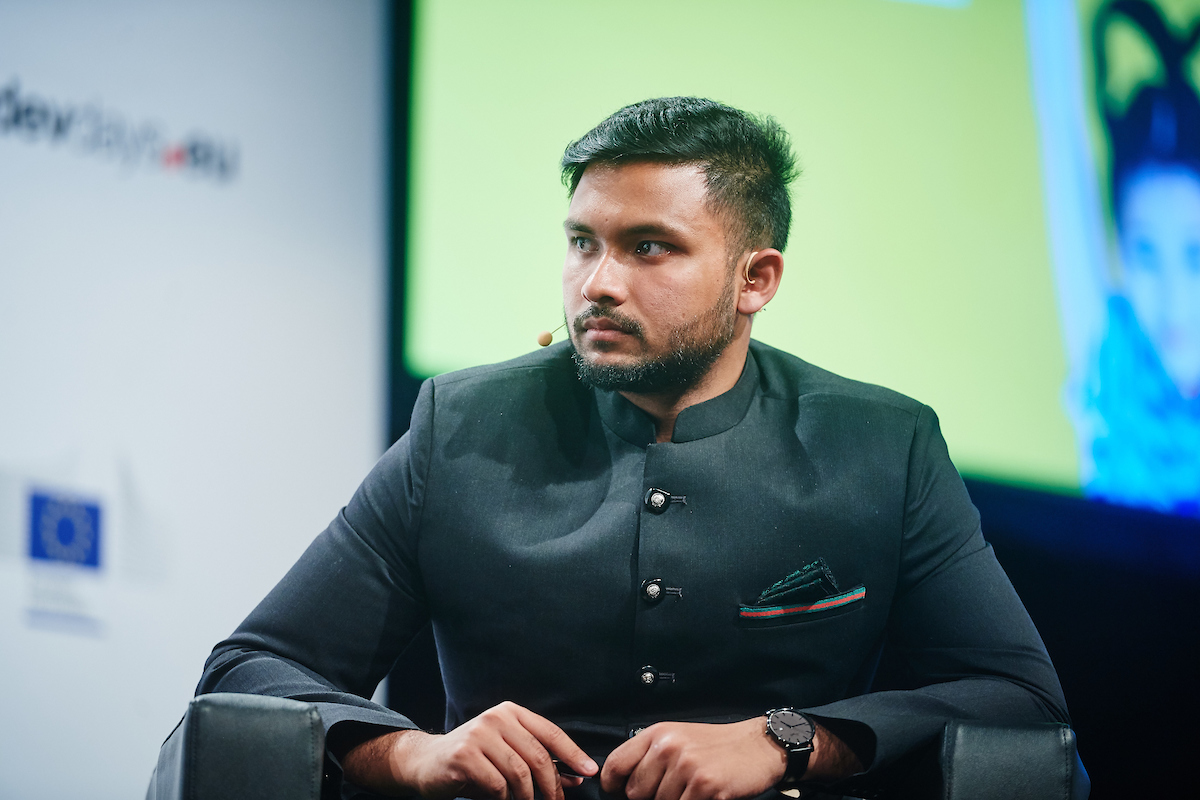 At this year’s European Development Days (EDD), which was entirely dedicated to gender equality and women’s and girls’ rights, International Union for Conservation of Nature (IUCN), in collaboration with the UN Development Programme, European Investment Bank and UN Environment, hosted a high-level panel on 5 June 2018, convening key stakeholders from international organisations, government, finance and non-profit sectors on how putting women and girls at the heart of conservation and climate action will drive a sustainable and more equitable future.

As IUCN’s Ms. Lorena Aguilar notes, “This conversation is long over-due: together, at EDD, we will convene critical sectors – International Organisations, governments, non-profits and networks – and show that women and girls are half of the global solution to conserving our environment. Globally, for so many people, this inclusive approach, taken forward by all sectors and communities, will make the difference between life and death.”

Ms. Aguilar explained that there is decisive evidence that gender differences in deaths from disasters are directly linked to women’s economic and social rights; when they are not protected, more women than men die in disasters linked to climate change, such as floods or landslides.

Women also make up 43% of the global agricultural workforce, a sector intimately linked to climate change and with large impacts on biodiversity conservation, and this figure rises substantially in some countries. In Africa, women are responsible for managing 90% of all household water and fuel-wood needs.

“These statistics show the vital importance of including women and girls in climate change and conservation strategies.” added Ms. Aguilar.

When women and girls are included in climate change action strategies, there are also marked improvements in outcomes. “When we engage women in climate adaptation, we see progress in reducing poverty and improving food security,” Randi Davis, Director for Gender Equality and Women’s Empowerment, United Nations Development Programme (UNDP), said during the discussion, which was moderated by Anna-Kaisa Itkonen, European Commission spokesperson for Climate Action and Energy. For instance, UNDP is also supporting countries in integrating gender equality into their national climate change plans and policies through the NDC Support Programme.  Ms Davis, who was also speaking on behalf of UN Environment, added that ”at the United Nations we see that addressing gender equality is an accelerator across the whole spectrum of the Sustainable Development Goals.”

Emphasising the importance of policy mandates for integrating women and girls in climate action, Jonathan Taylor, Vice-President of the European Investment Bank explained, “Why do we support projects that address gender concerns? The small answer is that we are a policy bank and so we lend with the objective of implementing the EU’s policy goals regarding gender,” adding, “but the larger answer is that it is also right to do so: the effects of climate change are particularly impacting women and girls.”

Climate change is also intimately linked to energy production, highlighting the necessity of mainstreaming gender concerns into energy related projects, for example related to decision-making and participation in the deployment of renewable energy.

At the community level, it is often women who are on the frontline of climate change due to culturally and religiously defined gender roles, which require them to provide water and energy needs for the household.

“We have to consider those women who have to travel for hours to collect water for their family or sacrifice their water needs for those of their children,” said Shah Rafayat Chowdhury, a youth leader from Bangladesh and co-founder of the Footsteps Foundation, a social enterprise in Dhaka. “Women are often viewed as vulnerable to climate change but they are also the solution. They are often the ones with first-hand knowledge of it. They are coming face to face with it.”

IUCN works to ensure that its conservation and gender programmes are sensitive to local cultural and religious norms; however, as Ms. Aguilar notes, “we cannot hide behind culture.”

“In the environmental sector we introduce a lot of change, so why not with gender,” she said.

IUCN pioneered the integration of conservation and gender concerns in its Gender Programme, which is now in its 20th year.

With its new Strategy for Gender Equality and Women’s Economic Empowerment, the EIB intends to lend its financing weight behind this agenda, in particular by elevating “gender in climate action” as one of a limited number of potential flagship initiatives expected to be confirmed next year.