Representatives of 54 countries met in Hanoi, Viet Nam, from 17-18 November for the Hanoi conference on Illegal Wildlife Trade, the third conference of its kind after London (2014) and Kasane (2015). The goal of the conference was to eradicate illegal wildlife trade, and to ensure effective protection of endangered wildlife from the imminent threats of extinction. It received wide international attention through the attendance of Prince William, Duke of Cambridge. 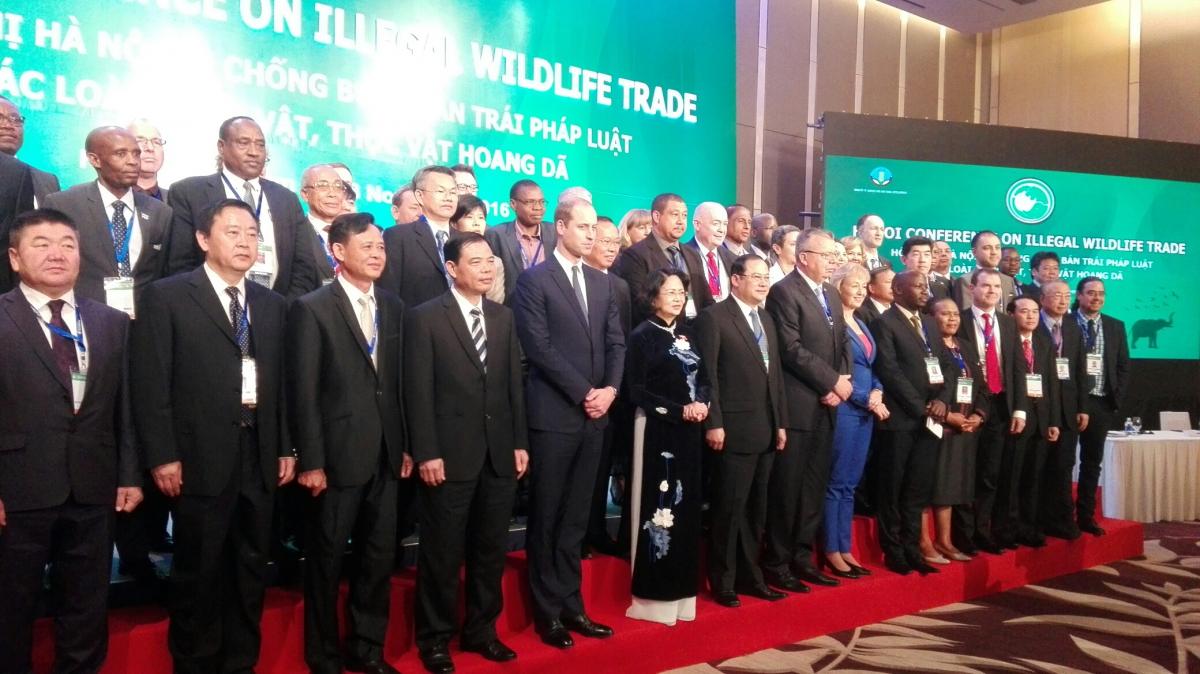 “Our Union remains committed to turning back the tide of illegal wildlife trade and to mitigate its impact on nature and people. This meeting is an important step in our combined efforts, and IUCN is extremely grateful to the governments of Vietnam and the United Kingdom for convening this meeting,” said IUCN President Mr. Zhang Xinsheng on the first day of the conference.

“IUCN firmly believes that local communities can, and must, play a role in helping to combat illegal wildlife trade. This is not a new message, but it is one that continues to be overlooked given the current emphasis on law enforcement responses and demand reduction efforts.”

Mr. Zhang also noted that in order to identify the key success factors that will catalyse local communities’ role in combating wildlife crime, IUCN is currently carrying out science-based research and collating experiences and lessons learned, in order to enhance the understanding of the conditions under which community engagement against illegal wildlife trade will work, and how to capitalise on it.

“With an improved understanding of enabling conditions and incentives, we will be able to provide guidance and technical advice to stakeholders and further promote opportunities for engaging local communities in combating illegal wildlife trade,” said Mr. Zhang.

The Vietnam government was widely applauded for organising the conference and highlighting the illegal wildlife trade (IWT) issues across the Greater Mekong Region, which is considered not only a major IWT destination region but also faces severe challenges with illegal poaching of their own wildlife.

“The Hanoi Conference on Illegal Wildlife Trade is a fundamental step forward, with serious commitments from key countries, including Viet Nam. It’s now or never, to save endangered species from going extinct. All stakeholders have made commitments to push forward concrete and decisive action plans that will have real impact,” said Mr. Jake Brunner, Head of the IUCN Indo-Burma Group, reflecting on the Hanoi Conference.

This week the European Parliament will likely adopt a resolution on the EU Action Plan during its plenary session in which the Parliamentarians will be calling on the EU to implement the Action Plan and provide the adequate financial resources.

For more information on the Hanoi Conference on Illegal Wildlife Trade, visit the website here.