Fiji, 8-10 March 2017-IUCN convened representatives from both the disaster management and environment sector from 10 pacific countries during a workshop on ecosystem-based approaches to reduce disaster risk. It was a unique opportunity to initiate multisectoral dialogue to mobilise joint actions for risk reduction through ecosystem management. 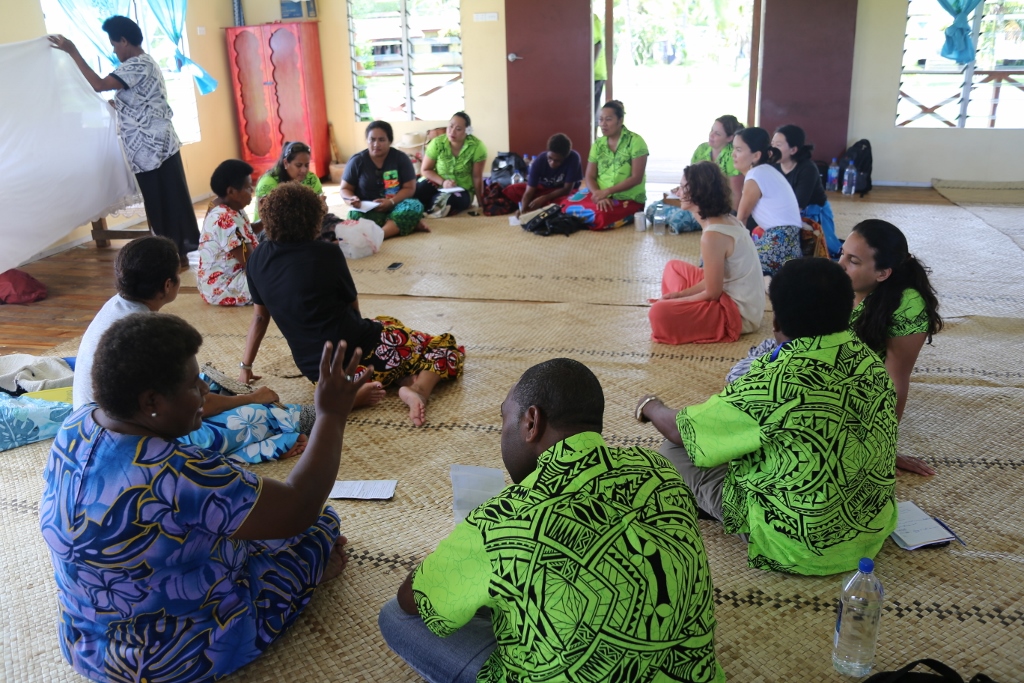 The past few years saw important developments in the disaster risk management sector. The need to shift efforts from responding to disasters towards more proactive risk reduction is being emphasized more and more. And in this line, ecosystems such as forests and mangroves are increasingly being recognized as key tools in such proactive strategies for example they have protective roles as buffers against hazard events like cyclones.

These developments are particularly highlighted in the Sendai Framework for Disaster Risk Reduction (2015-2030), an international agreement adopted by all UN member states in March 2015. However with the increased incidence and severity of disasters, there is an urgency to translate these recent developments and commitments into large scale actions that integrate ecosystems. A task that however calls for different sectors to 1) start communicating with one another, 2) share knowledge and experiences and 3) plan and implement integrated actions.

Oceania  is in one of the most disaster-prone regions in the world. The islands in the region are particularly vulnerable to disasters and climate-related risks caused mostly by cyclones, floods and droughts . 4 countries of the region are listed among the top 10 countries with the highest disaster risk worldwide, according to the 2016 World Risk Report, with Vanuatu and Tonga topping the list. However on the road to resilience, coastal ecosystems and biodiversity such as mangrove forests have key roles to play as highlighted by IUCN’s 2016 regional assessment on biodiversity and disaster risk reduction in Oceania.

Using a peer-peer learning approach, this workshop held in collaboration with the  UN Office for Disaster Risk Reduction (UNISDR) and the Ramsar Convention provided training on how ecosystems can be used in efforts to increase community resilience to disasters and climate change. And it also provided a platform for participants to exchange experiences and to come up with joint ideas to scale-up actions for nature-based disaster risk reduction in the region.

Moving towards joint languages and actions

Bringing participants from two separate sectors that do not always work together proved to instantly increase recognition on the importance of multisectoral communication, while the lack of it is also considered a challenge. In presentations on national experiences with disaster risk reduction and during following discussions, participants highlighted compartmentalisation of legislations and ministry departments, lack of communication between the national disaster management office (NDMO) and environment sector, lack of awareness on ecosystem-based approaches and a mind-set for ‘quick and easy solutions’ as some of the barriers to the uptake of nature-based solutions to disaster risk reduction. The reality of duplication of efforts was also highlighted with for example different departments working on disaster risk reduction but not exchanging with one another. However participants also proposed next steps to address these challenges.

“Maybe because of the lack of communication between the different entities working in the countries, we might like to look at a comprehensive analysis of existing policies, plans, strategies and legislations…some countries are reviewing their disaster management arrangements and their legislations and that is another opportunity to engage across other sectors to see how we can integrate languages to support each other” said Peter Korisa, participant from the National Disaster Management Office of Vanuatu

Multisectoral communication provides the first step to bring together different sets of knowledge and expertise for more informed and effective actions. This can in turn  allow resources to be used more effectively through increased coherence.